Summer is ending and that is sad, but the upside is that autumn is the season with the most and best experimental music and art festivals—as well as a few festivals brought you by yours truly, although ours are admittedly less avant-garde. There are so many adventurous events, in fact, that it was hard to limit ourselves to European and Eurasian terrain, so outings like Sustain-Release in upstate New York and Japan’s Labyrinth have been delegated to other articles. The abundance of these sorts of festivals is in no small part thanks to the SHAPE program, which is a platform launched by the experimental festival network ICAS that we explained in detail here. It includes many of our current favorite artists, like Lorenzo Senni and Gabor Lázár, and its constituents will appear at the myriad events ICAS has planned for this fall. We’ll talk about a few of them here—as well as some non-ICAS/SHAPE gatherings—but for a complete list of SHAPE events, visit SHAPE’s website.

CTM in Berlin is a yearly highlight for the EB staff. It’s one of the longest-running experimental festivals around and presents reliably forward-thinking concerts, club nights, exhibitions, interactive labs and more. This year organizers joined with the  Goethe Institut in Novosibirsk, Russia and local partners to host two editions in Siberia—one in Krasnoyarsk on September 11 and 12, and a subsequent one in Novosibirsk on September 14-20—where a vibrant but largely unfamiliar creative scene is reportedly gathering momentum. So far, confirmed artists include badass Golden Pudel resident Helena Hauff, SHAPE ambassadors Low Jack, Lorenzo Senni and Kathy Alberici (the latter two of whom reviewed Taylor Swift’s album for the latest issue of our magazine), Rabih Beaini (AKA Morphosis) and more.

The week after Electronic Beats touches down in Bucharest, Romania with a bunch of heavyweight performers like DJ Hell, Hudson Mohawke and Actress, the local Rokolectiv will host a more experimental two-dayer devoted to SHAPE members. Thus, SHAPE staples like Senni, DJ Nigga Fox, the RSS B0ys, Low Jack, EB Radio smasher Borusiade and Aisha Devi have planned appearances at Halele Carol, a former thermal power station. There will also be a lecture and presentation of Moritz Simon Geist’s “robotic installation” of a Roland TR-808 drum machine, which sounds like a mechanical version of the iconic piece of gear in which “robot arms kick drums.” Although SHAPE’s presence on the lineup is considerable, it’s not overwhelming; non-SHAPErs like Vaghe Stelle (who recently made us a guide to Italy’s experimental scene), Objekt, Abdulla Rashim and Gazelle Twin are also scheduled to play.

TodaysArt: September 24-27 in The Hague, Netherlands

TodaysArt bills itself as “a global network for art and creativity,” and indeed new ideas in music and technology converge at its events. In addition to a robust club program that includes Ellen Allien, Regis, Tin Man and SHAPE member/Pop Talk reviewer Zamilska, the upcoming festival in The Hague also includes some pretty wild art installations, like sound pieces based on the ocean, brain activity and/or weather patterns, gigantic organs and the omnidirectional 4DSOUND system. For those looking to travel further afield, a Japanese edition is scheduled for early September.

In a city with a pretty healthy scene for experimental music and art, UH Festival is one of the most prominent outlets dedicated to such forward-thinking endeavors. Its forthcoming edition takes place from September 27 through October 4 at various locations around Budapest, and bills master synth improvisor and Morphine label affiliate Charles Cohen, the enigmatic Dean Blunt, legendary minimalist Phill Niblock and Italian experimentalist Valerio Tricoli alongside emerging SHAPE talents DJ Nigga Fox and Silf. We booked our tickets yesterday. 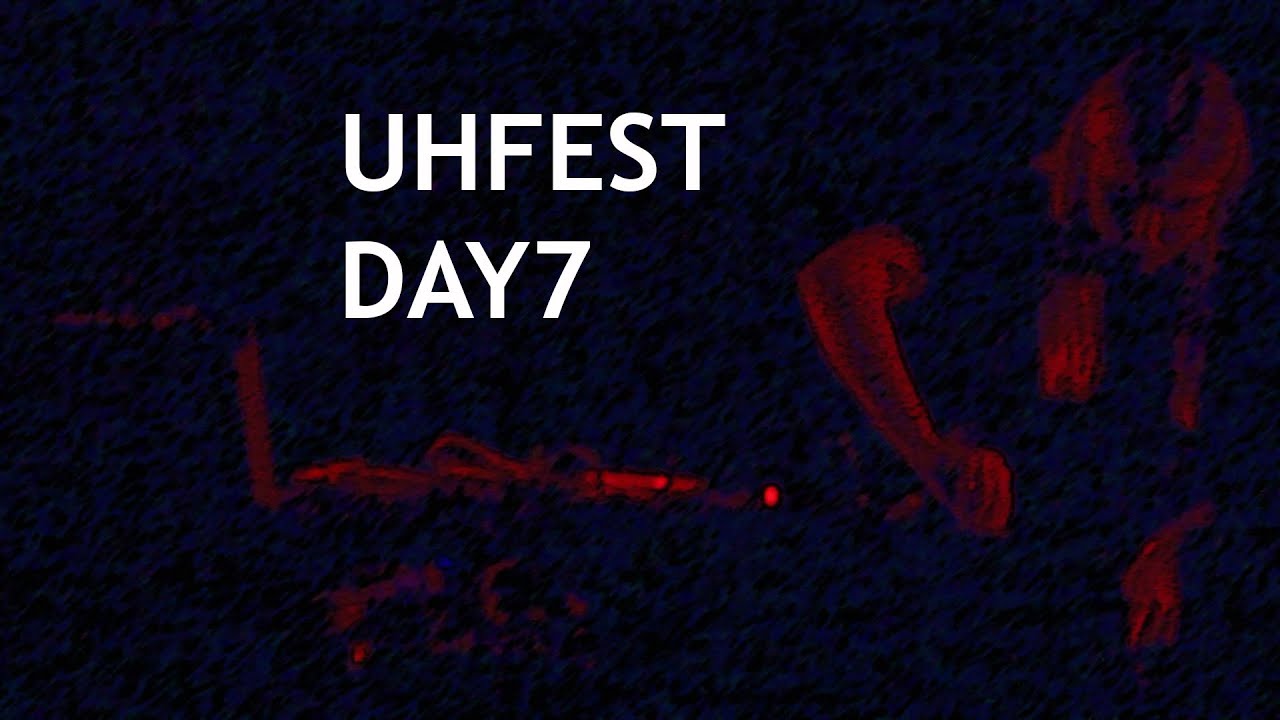 The first two editions of Denovali 2015 have already taken place in London and Berlin, so all that’s left for the year is a stop in its birthplace of Essen, Germany. Between October 1 and 4, the eight-year-old festival will host interdisciplinary performances from conceptual audio artist Holly Herndon, a noisy solo project from a Fuck Buttons member called Blanck Mass, the Bristol pair that does no wrong, Empyset, Sunn O)))’s founding member Stephen O’Malley (whose performance in Berlin we reviewed) and Distintegration Loops composer William Basinski. Additionally, Thomas Köner, the experimental musician who plays in the techno duo Porter Ricks and recently spoke with up-and-comer Rødhåd for our conversations series, will present Tiento de las Nieves.

Skaņu Mežs, the go-to festival for adventurous music and art in the Baltics, has prepped a positively bitchin’ lineup that includes killer music and “ear movies” over three days and two venues in Riga, Latvia. Bigger names include Warp icon Squarepusher and EB Festival alumnus James Holden, the latter of whom will perform with a three-piece band. There are also a few familiar names from the 1960s avant-garde, like German improvisationalist Peter Brötzmann and American composer Frederic Rzewski, as well as beloved deep techno producer Rrose and some constituents of the SHAPE crew: Senni, Gabor Lázár, Nigga Fox and N1L, a Latvian who Lee Gamble tapped to inaugurate his new record label. 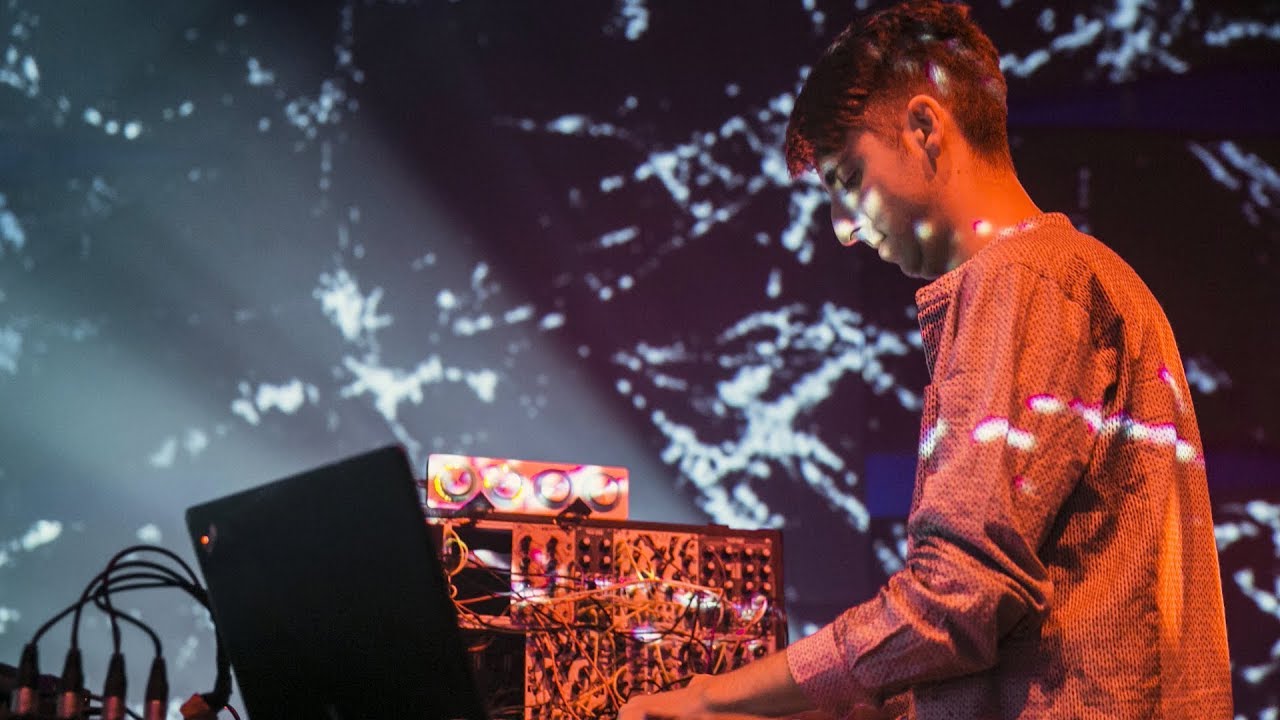 The Semibreve Festival will return the oldest theater in Braga, Portugal, Theatro Circo, for the fifth time. It’s an especially attractive event because it’s very reasonably priced; it’ll cost you 30 euro to see the likes of Vessel, Klara Lewis, Keiji Haino collaborator Oren Ambarchi and frequent Electronic Beats contributor Heatsick if you pre-order before August 31. The three-day program also includes an audio/visual performance by Drexciyan producer Dopplereffekt and a concert show by Roedelius, who will perform with Portuguese musicians and a visual artist.

If you’re like some of us, you like music and would happily devote three or four consecutive days to seeing it performed live, but can’t get over your revulsion to camping. Enter Nachtiville, the soon-to-be-inaugurated sister event to Nachtdigital in Germany. Over the past few years, Nachtdigital has become a cult favorite for its beautiful lakeside setting, chilled out vibes, airtight booking, excellent installations-as-decor and amenable crowd, and it sounds like Nachtiville will at least uphold the standard. Attendees who make it to De Eemhof by Lake Eemeer about 50 kilometers east of Amsterdam will set up camp in what look like luxury bungalows. Honestly, the lodgings look pretty insane. Ticketholders choose between “cozy” and “super cozy” bungalows, some of which have saunas and jacuzzis. And on top of that, the lineup looks pretty darn good. It includes DJ sets from the Dekmantel Soundsystem guys, recent EB premieree and experimental techno stalwart Atom TM, Sustain-Release organizer Aurora Halal, representatives from Hamburg’s Golden Pudel club and Intergalactic FM, the latter of which is affiliated with the Italo disco savant we recently interviewed, Flemming Dalum.

Arguably the best-known experimental music festival on the European circuit, Poland’s Unsound Festival has spawned satellite events in New York, London and Adelaide, in founder Mat Schulz’s native Australia. As a testament to its sterling reputation, its 2015 edition in Krakow sold out almost immediately, despite organizers’ decision to keep the lineup secret as a way of inquiring how expectations “affect the value we place on music as an art form.” Recently, the identity of around half the confirmed acts got the big reveal, with the likes of Levon Vincent, Helena Hauff and Andy Stott set to appear. A number of collaborations, including Surgeon collaborator and Lady Gaga opener Lady Starlight and Shackleton with Japanese trio Nisennenmodai, are also sure to stand out.