The 23rd edition of Amsterdam Dance Event is behind us, and yet again, electronic music’s biggest conference and festival has broken records—a staggering 400,000 people attended this year. Whether you’re a fan of such large gatherings or not, almost everyone who’s anyone in electronic music can be seen at ADE. Most DJs and producers will play at least one event (there are some 1000 held during the week), and for other industry types, it’s a can’t-miss networking opportunity.

But there’s a lot more to ADE than meet-ups and parties, and that’s why we sent frequent TEB contributor Annabel Ross to report on all the exemplary things that happened at this year’s edition (tl;dr for those of you wondering about that controversial panel with Konstantin: it didn’t quite manifest). Scroll on to learn our 10 key takeaways from this year’s edition.

Amsterdam is always a good idea

Although increasingly flooded with tourists, Amsterdam remains one of the world’s most charming cities. The canals are at their prettiest in autumn with branches of burnt leaves framing the water. There are countless streets to get lost in that are all filled with enticing food and chic boutiques. There’s an abundance of both high art and smut (take your pick, depending on your mood), and a refreshing libertarianism that provides the perfect backdrop for an event like ADE.

So many panels, not enough time

While not all panels are created equal (see below), our main gripe with the conference program was that there were too many good things going on at the one time. Despite this, there were some true legends spouting wisdom at ADE this year. “There’s a lot of things that people might not know technically, but they have a soul that points them in the right direction,” said Nile Rodgers during a conversation with venerable artist manager Merck Mercuriadis. “I don’t give a fuck if you don’t like ‘Freak Out’. I just know I loved it and that was good enough for me and I just hope you like it.”

Elsewhere, there was a full house when Jean-Michel Jarre had an illuminating chat with Dave Clarke at De Brakke Grond. You could also hear Lena Willikens and Vladimir Ivkovic talk about their favourite records or listen to Matthew Dear discuss the creative process behind his new album, Bunny.

For music producers and DJs, it’s an almost unrivalled opportunity to see some masters at work up close

ADE Sound Lab at De Brakke Grond is where the gear heads hang out. During the week, there were masterclasses, talks and demos with the likes of KiNK, Paula Temple, Young Marco, Legowelt, Rebekah, Detroit Swindle, Actress and Jameszoo, Joyce Muniz, DJ Pierre, Max Cooper, Barnt, Byron the Aquarius, Imogen Heap and many more. It was a chance to hear how experts use the equipment they love to make the music that moves us.

Punk is not the same thing to everyone

The conference called Why Has Electronic Music Never Had A Punk Moment? saw journalist and panel moderator Joe Muggs draw flack from people on Twitter who thought that electronic music’s had plenty. He was joined by techno artists Dave Clarke and Silent Servant as well as Variety writer Charlie Amter and Indian entrepreneur Shailendra Singh.

After listening to the panel, we’re not sure if we’re any closer to understanding whether or not electronic music has had its punk moment yet. However, there were certainly plenty of opinions offered (though sadly none belonged to women). “Punk is an attitude” was the general consensus, but that attitude was never properly defined. Singh’s inclusive definition of punk seemed to raise eyebrows as well. “I can’t believe we’re talking about Hardwell at a punk panel,” said Clarke at one point. We wondered why they didn’t tap DJ Tennis, former punk rock band manager and current resident of Amsterdam, to participate.

If you follow dance music news, you’ve probably heard about the controversy with Konstantin. The Giegling-affiliated producer—who found himself in hot water last year after making misogynistic on-the-record remarks to Groove magazine—was slated to appear on lineups and on a panel about sexism in the dance music industry. The move to put him on a panel was so controversial that it prompted petitions and ire.

Strangely, this panel did not manifest in the way ADE suggested it would. Instead, Joe Muggs was joined again on the stage by Zoe Margolis, a film critic and writer who used to write candidly about her sex life on a blog titled Girl With A One Track Mind. That blog became a book, but the fallout surrounding its publishing caused her to lose her job in the film industry. She’s an outspoken critic of sexism and misogyny, but she seemed an odd fit for a dance music panel.

Konstantin was not present, and this was not accompanied by an explanation or apology, which seemed strange. Some of the women who created the original petition against Konstantin’s slated appearance were in the audience demanding answers, and it was a bit awkward for all involved. 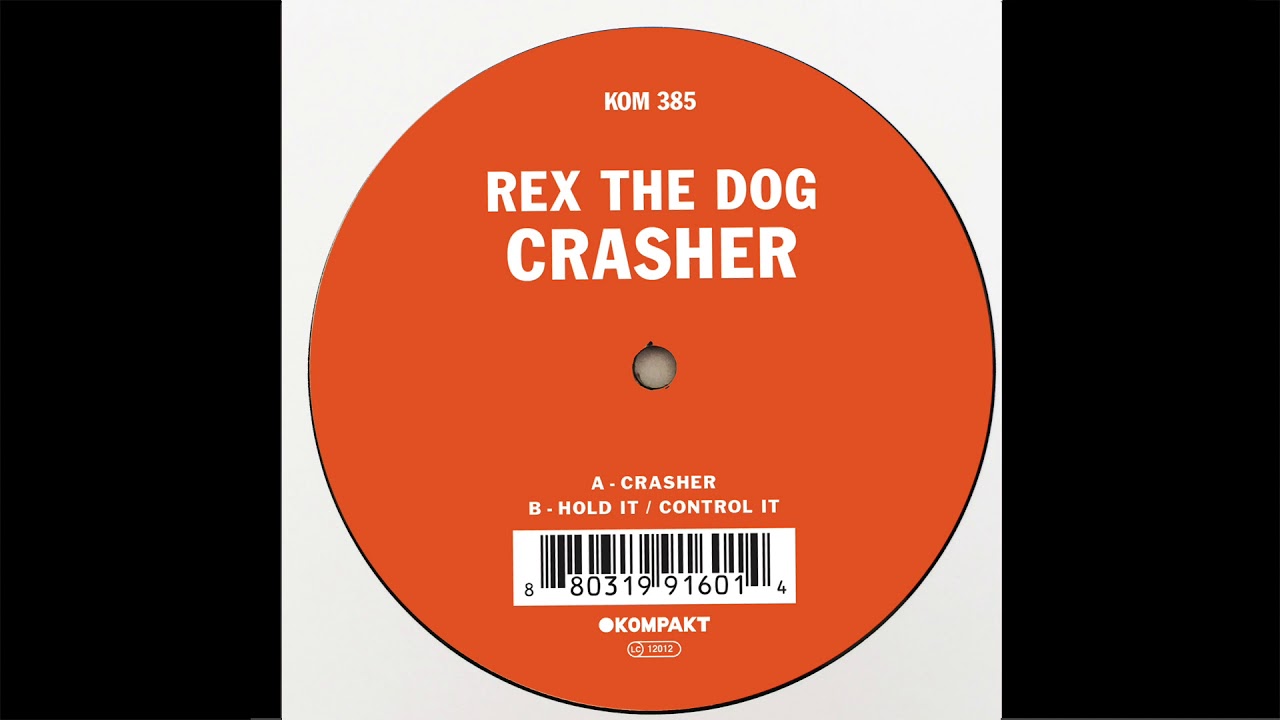 Always go to the afterparty

ADE is a huge week. It’s important to pace yourself. But it’s also a chance to experience the kind of parties that only come around once a year. The after parties at The Loft at Amsterdam Tower are always a fairly safe bet, with cosy crowds and sky-high vibes. We were going to pull the pin at the end of an already big night, but we were so glad we didn’t. The view from the top of the tower overlooks the entire city, and DJ Tennis’ back-to-back set with Job Jobse was a predictably excellent set filled with peak-time cuts such as Younger Rebinds “Tim’s Symphony” and Rex The Dog’s “Crasher”.

Get yourself to a special event, like The Traktor Cookery School

For the past seven years, The Traktor Cookery School has been one of the best non-music events on the ADE calendar. It brings together DJs and producers who are also handy in the kitchen. Diners lucky enough to score an invite can sample their skills in the form of three-course lunches and dinners.

This year’s roster included Sasha and La Fleur doing lunch on Thursday, Amsterdam DJs Carista and Elias Mazian and Seth Troxler on dinner duty on Thursday and Dubfire, Sussie and Sebastian cooking on Friday night. We went along on Thursday evening and enjoyed a tofu noodle dish, marinated cod main and matcha milkshake dessert. The food was restaurant-quality, and the dinner is a civilized break from the surrounding festival madness.

Get off the grid

While the ADE program is packed with a mind-boggling number of parties, some of the best events are the ones you won’t hear advertised. For instance, licensing issues forced the Audio Obscura parties at Bijlmerbajes prison to be cancelled. The DJs that were supposed to play on Thursday night decided to take the party further underground. Seth Troxler and rising local star Carista were joined by Amsterdam duo Spaceandtime at an illegal rave thrown somewhere on the eastern outskirts of the city. It was an intimate, hard-to-find affair which made it feel all the more special, with red lights glowing on the trees, a smoke machine and a makeshift bar, which also sold balloons filled with nitrous oxide, which is legal in the Netherlands. Best of all, it was free.

If you buy an ADE pass, it can be tempting to party hop, especially with so many great gigs competing with each other. Keep in mind, though, that while central Amsterdam is quite small, many of the best parties, such as those at noorderling on the Veronicaschip, are on the northern side of the river IJ, and a ferry or long taxi ride away from the main part of town. Uber rates surge to an extortionate amount during ADE and the week can get very expensive very fast if you’re doing a lot of travelling between parties. So plan ahead and carpool or book with a local taxi driver to try and keep prices low. Alternatively, there are also a few free parties where you can have as much fun as at any of the ticketed events.

Amsterdam’s dance music scene is among the world’s best

It’s no secret that Amsterdam’s party scene is first rate, but ADE reminds us every year just how damn good it is. Highlights included: An unmissable 62-hour party at De School; non-stop killer programming on Red Light Radio, such as the Marcel Dettmann-curated six hour “Black Light Radio” special; and the Spielraum and Bassiani collaborative party, which saw the queer techno rave night at RADION join forces with the Georgian nightclub to promote music with a political and social message. Beyond the parties, local heroes such as Elias Mazian, Carista, upsammy, Oceanic and Cinnaman are attracting international attention and for good reason, too—they’re some of the most exciting DJs out there right now.

Read more: Hear a playlist filled with the best techno sets from ADE 2017