In years past, the conversation about sexism in dance music rarely ventured beyond perfunctory lists of female DJs and producers you should know. While broader-interest publications like Paper,  Billboard and Thought Catalog (o.O) continued this glib, hackneyed and ghetto-izing tradition in 2015, the amount of discussion and activism devoted to the topic of electronic music’s gender gap seemed to increase. The discourse is gaining steam in the scene as well as in the wider musical world, and so are the female-identified artists and activists committed to it, from rising dance music stars The Black Madonna and Umfang. Meanwhile, pop behemoths Beyoncé and Charlie XCX have raised feminist issues in the mainstream. Perhaps the fact that more women made RA’s reader poll of the top 100 DJs and ranked higher than in years past—there were nine this year starting at number 20 compared to seven starting at slot 35 last year—is further testimony to this observation, although it also proves how far we have to go.

As smaller satellites in the music writing orbit scrambled to coordinate coverage of Björk when she unleashed her latest album, Vulnicura, two months early on January 20, Pitchfork rolled out an extensive interview with the prolific Icelandic musician one day after its surprise release date. Björk’s comments on authorship—particularly her observation that “no one would question [Kanye West’s] authorship for a second” even though he doesn’t make his own beats, while Björk has always had to fight the misconception that her male collaborators were responsible for her art—were quoted for weeks after. It was the first social media smash-hit of the year from Pitchfork’s now-former editor Jessica Hopper, whose profile reached new heights in 2015 as she instigated a number of discussions about feminism with popular articles, Tweets and lectures. We’ll get back to some of those later. 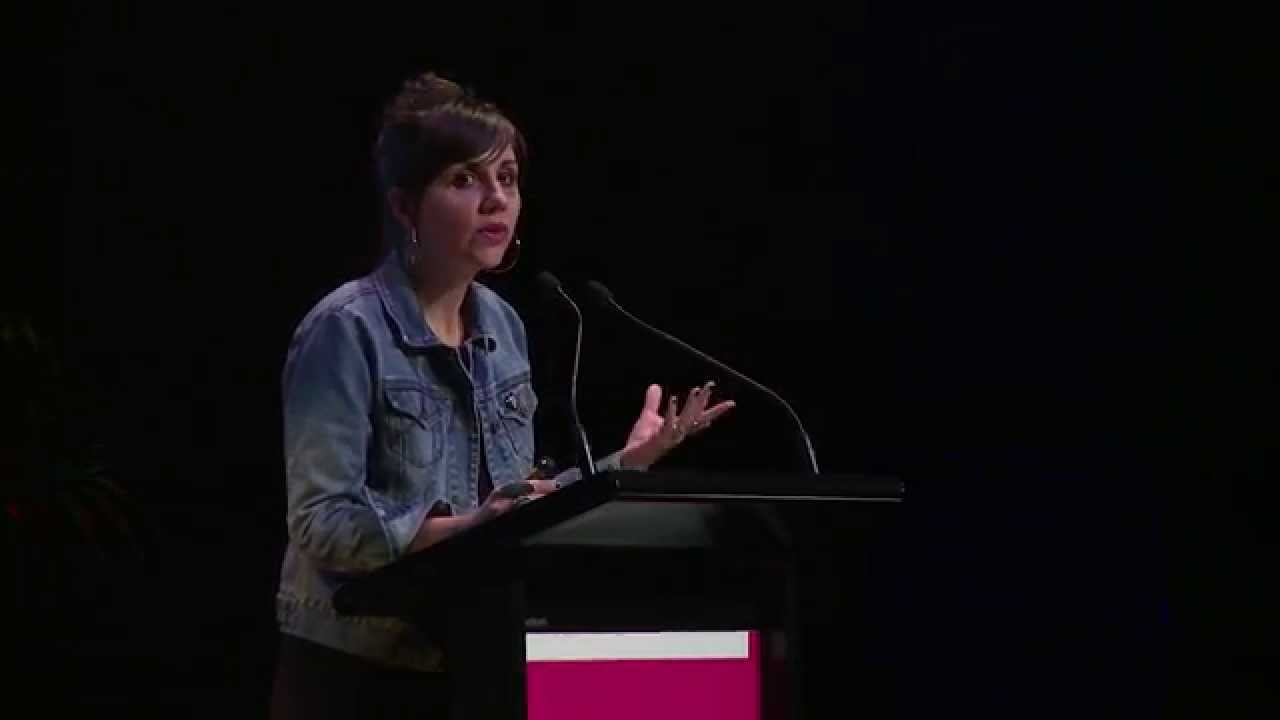 The Evolution and Expansion of female:pressure

A month or two after Pitchfork’s interview with Björk, the longstanding database of female talent in electronic music female:pressure launched V I S I B I L I T Y, a blog devoted to photos of women in music studios. The note at the top of the website explains that the project was “inspired by Bjork’s Pitchfork article in January 2015 where she notes the lack of photographic documentation of women at work.” [sic] It furthers the goal of female:pressure at large to raise the visibility of females in the industry, which Austrian DJ Electric Indigo began in 1998. Since then, the site has become a well-known network, mailing list, database, party series and short-lived record label. 2015 was a special year even for this long-running site, as it expanded operations to include the blog, a Pinterest-style collection of interesting articles and a more active Facebook presence.

Over the past 12 months, The Black Madonna (AKA Marea Stamper) gave more interviews, wrote more Tweets, posted more photos and made more mixes than seems humanly possible. Her astronomical success in 2015 is itself a significant development in dance floor feminism. The first chat she did with us occurred back in March, when local newspapers in her hometown of Chicago reported the launch of DAPHNE, a series of events Stamper coordinated at the Smart Bar venue where she works as a talent buyer. The program, which was subtitled “A Women’s Movement in Dance Music,” included workshops, lectures and club nights starring a mostly female cast of DJs and musicians. “The only point is to have women in leadership positions,” she explained to us. “We don’t need to be exclusive; what we need to do is show that women are normal, integral fixtures in this world.” 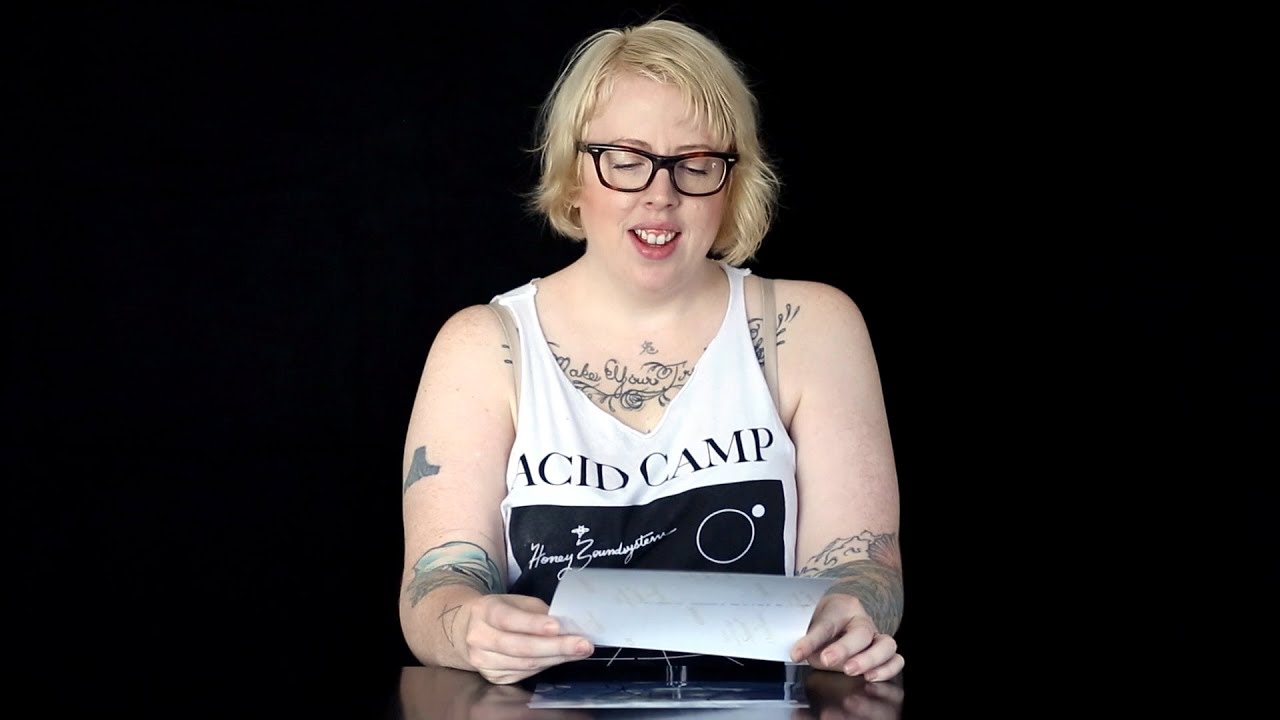 In May, an anonymous Twitter and Tumblr account called @malelineups posted its first message: “Congrats @dkmntl, you have a very male lineup! Take a step towards perfection + book some more women next year?” It was perhaps the only criticism of Amsterdam’s massive and beloved Dekmantel Festival, and throughout the year the account continued to point out events with overwhelmingly male programs, such as Berlin Atonal‘s serious techno dudefest. Its efforts to bring attention to the blatant gender gap added momentum to the cause following the release of some shocking statistics about the ratio of male to female performers on festival lineups from female:pressure.

Three Brooklyn residents—Frankie Decaiza Hutchinson, Christine Tran and Emma Burgess-Olson—founded Discwoman a few years ago to promote female-identified talent in electronic music. They launched by booking a two-day festival with exclusively female-identified talent and have pursued a similar ratio with their regular Technofeminism party series, which has since started to book men as well. As we pointed out in the introduction to a conversation between Burgess-Olson, who DJs and produces as Umfang, and female:pressure’s Electric Indigo, Discwoman is far from the first organization of its kind. But it has gotten more press than many others. And while other women-only club nights and networks struggle for representation within the electronic music community, the flurry of articles hailing Discwoman marked a point when the topic of sexism in electronic music became interesting to wider audiences via writeups in general-interest publications like the Hairpin, Forbes and NPR.

On July 14, University of Huddersfield music technology lecturer Liz Dobson hosted the first meeting of the Yorkshire Sound Women Network. The group has furthered its goal of “working for more diverse representation” in sound technology by conducting seven workshops and lectures for women on topics like modular synthesis, Ableton Live and additive synthesis.

The Birth of Salt + Sass

Meanwhile in Berlin, SoundCloud employee Kat Young organized a similar concept to the Yorkshire Sound Women Network in Berlin. Similar, but not the same; Young’s Salt + Sass series “aims to connect, celebrate and bring visibility to women working in the music industry in Berlin” with conversations between women in the industry, some of which are recorded for Resident Advisor’s Exchange podcast. The first installment in July involved drinks and mingling while The Black Madonna’s Bunker NY mix played over the speakers and then a conversation with Tresor stalwart Carola Stoiber.

Aforementioned Pitchfork senior editor (who has since stepped down from the position) Jessica Hopper reached her feminist zenith of the year on August 24. “Gals/other marginalized folk,” she wrote. “What was your 1st brush (in music industry, journalism, scene) w/ idea that you didn’t ‘count’?”  The call-to-action received what seemed like literally thousands of responses from all corners of the music industry, including some from electronic music writers like RBMA’s Lauren Martin and The FADER’s Ruth Saxelby and producer/DJs such as Laurel Halo, Nite Jewel and Jubilee. It took over our Twitter feeds for weeks after and became news stories on sites in the music world and beyond, including the A.V. Club, the Daily Dot, the Guardian and more. As with the coverage of Discwoman, Hopper’s Tweet marked another point when the conversation about sexism in music reached broader audiences.