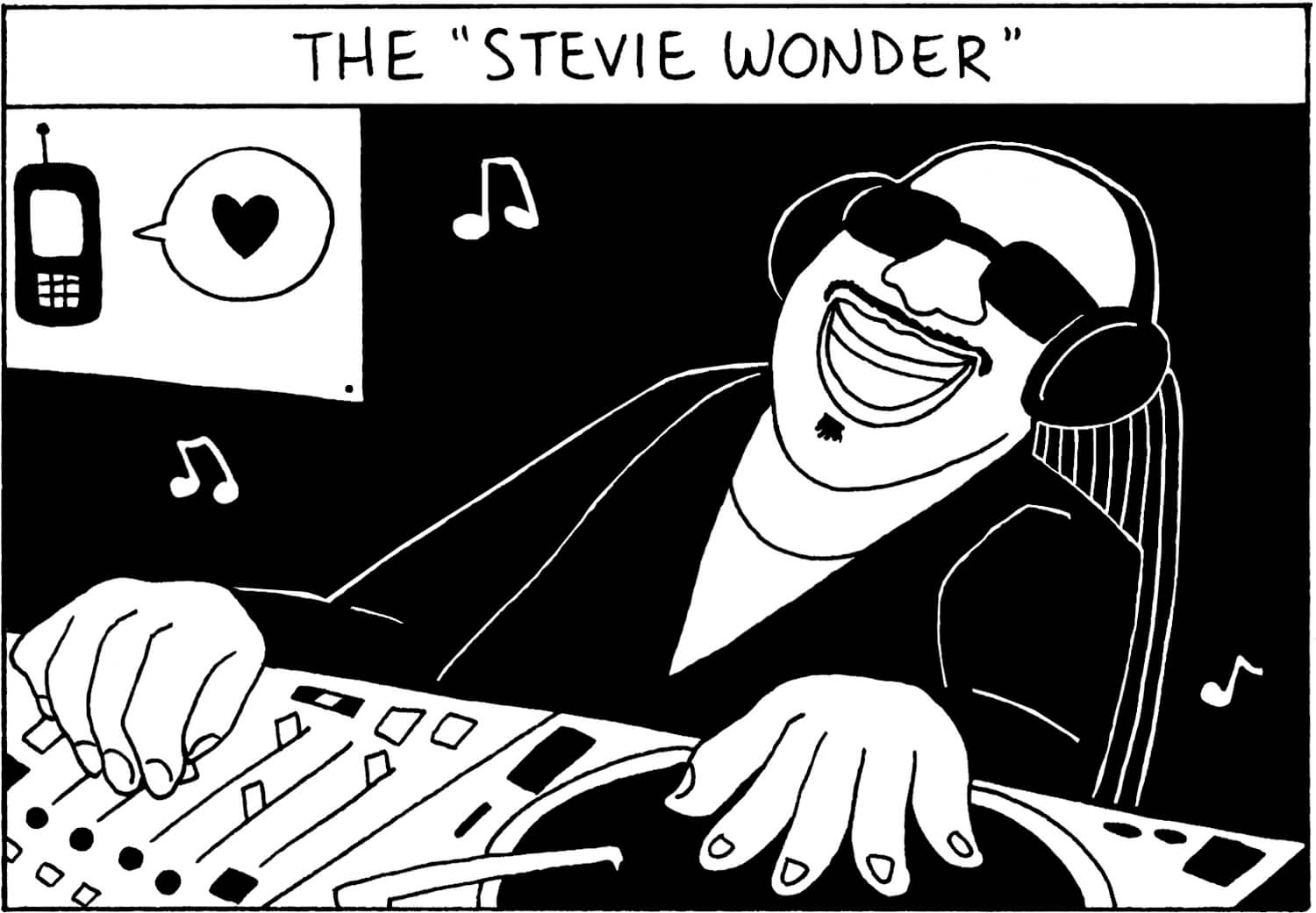 The Stevie Wonder involves throwing ones head back and possibly shaking it in a “no” motion. Sometimes this move resembles Stevie’s signature head sway. 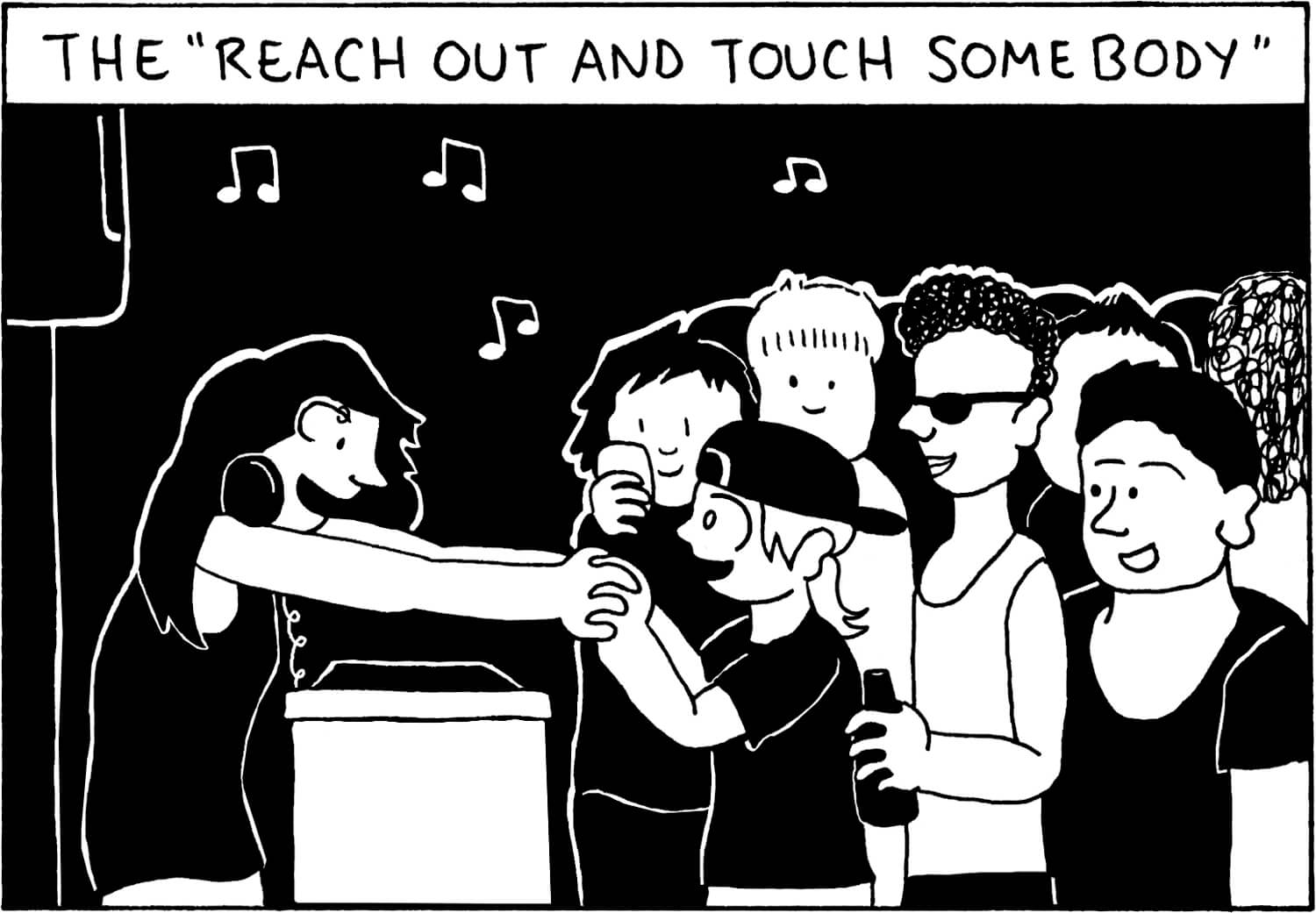 DJs reach out and touch somebody when amped crowd members extend their limbs over the booth, yearning for personal contact with the person who’s currently blowing their mind.

Typically exhibited by: DJs who are killing it and/or very effusive (ie. The Black Madonna). 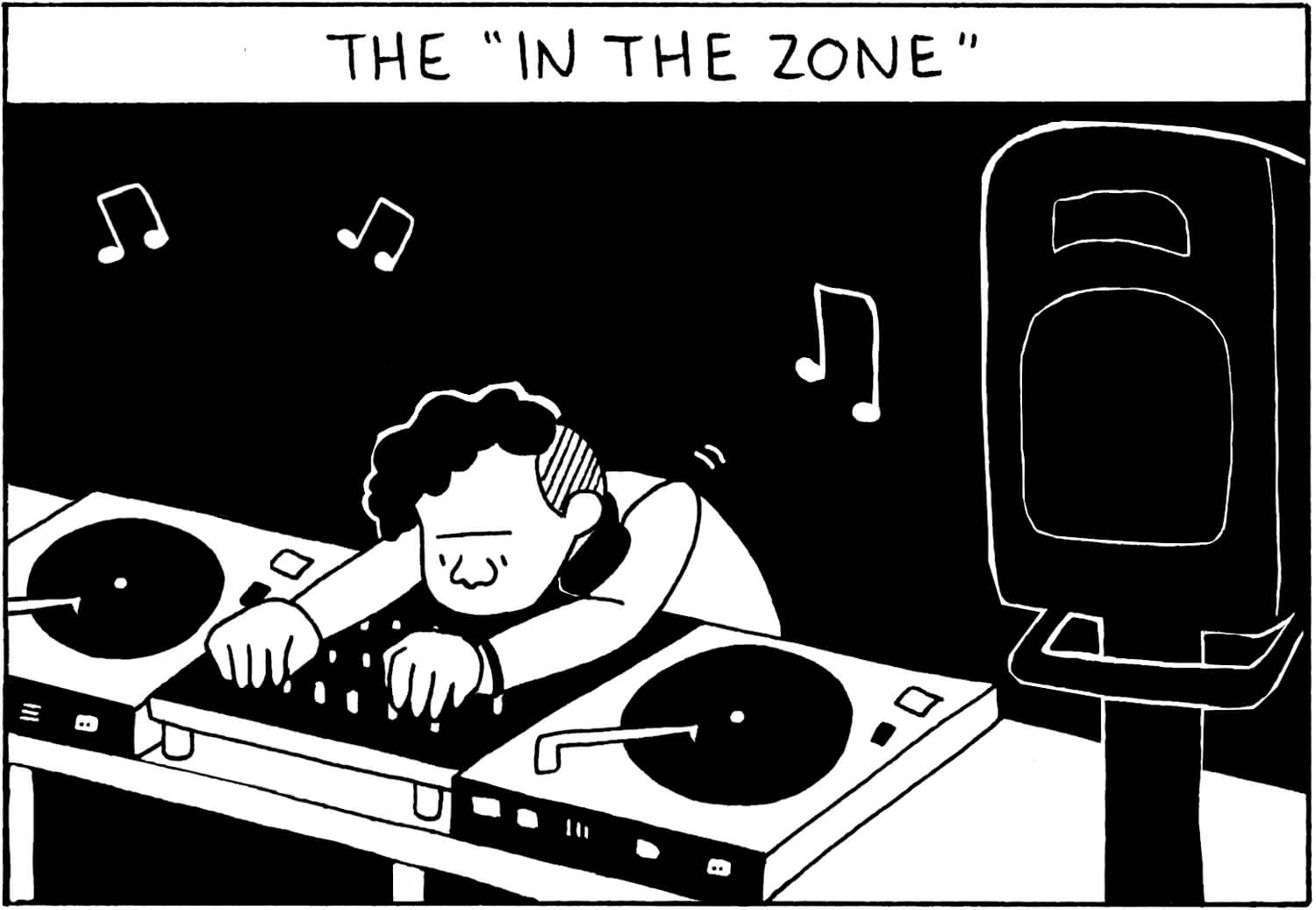 This one’s not even a dance move at all; it’s a lack thereof. 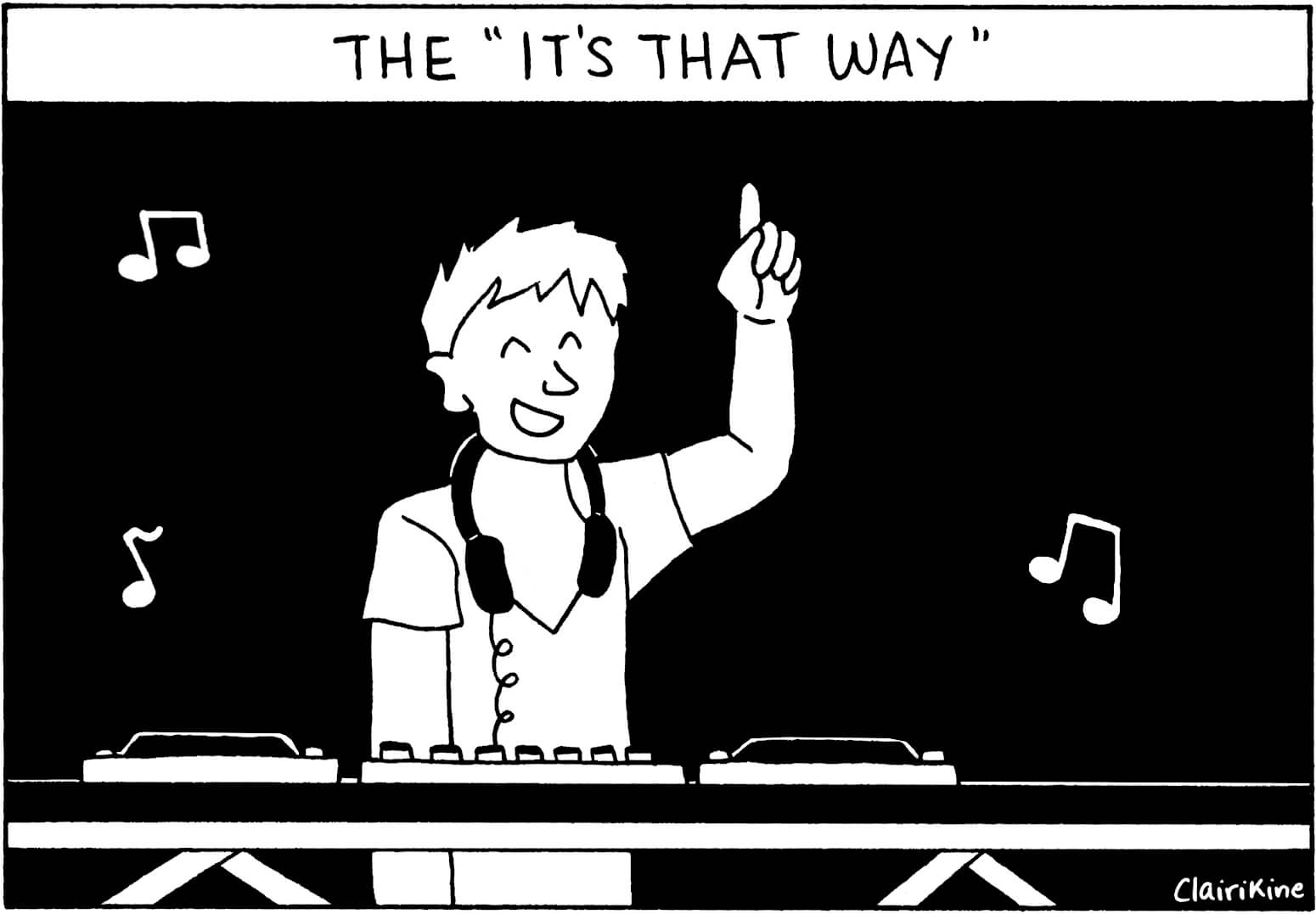 When the DJ puts one or both hands up in a sort of salutation to the audience, they’re pulling a classic DJ dance move.

The illustrations were designed and executed by Clairikine. Find more of her work in our previous cartoon column, “4 Things To Do When You Get Home From The Club”, our conversation with Avalon Emerson and via her website, Clairikine.com.