In the mass and mess of Berlin’s party circuit, one can still reach in with an ungloved hand and try to piece things out. No doubt there are tribes and typologies, the ritual formats in which we all partake, no matter where we’re dancing: small civilizations waiting for toilet stalls, passé sportswear looks, Club-Mate idolatry, the morning stretch-break. I make no claim for universality here, but for kinship—find me someone who doesn’t recognize the joy of an afternoon party in the garden of a Berlin club during our precious few months of sunlight. No matter which venue, the vibe is lush: sun on the skin, hours of warming music and people striding around in looks (it’s worth wearing color when you’re dancing in the daylight). 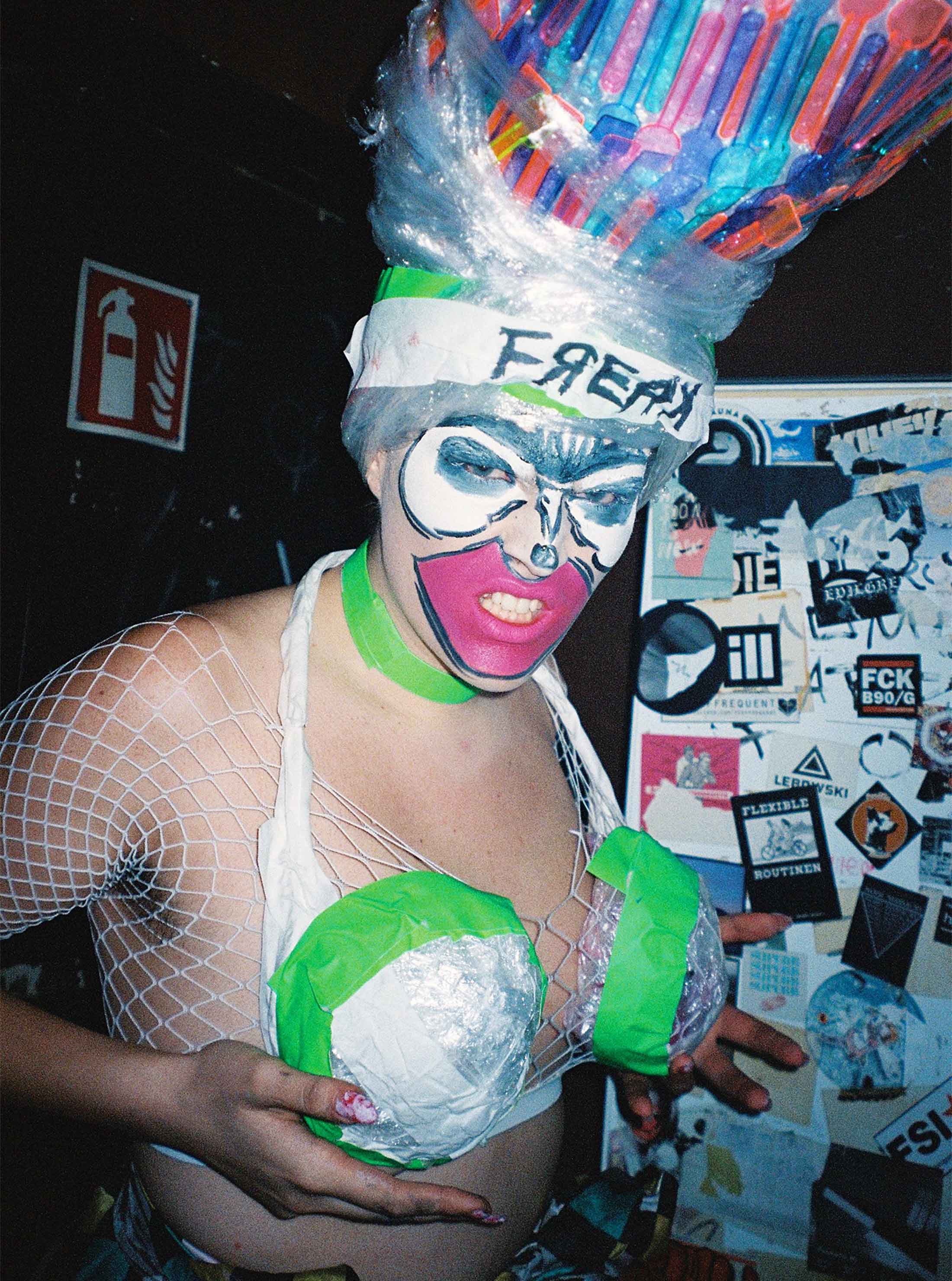 Unlike some other clubs in the neighborhood, Friedrichshain’s ://about blank leaves its outdoor play-area open year-round. Thus, we can consider a distinct breed of Berlin club formats: the Wintergarten rave. Buttons, a monthly party hosted at ://about blank since 2016, throws down a particularly luscious garden mood—as, of course, it’s not just about there being an orchard, but how cute the attendant fruits are. And the Buttons crowd is very cute. 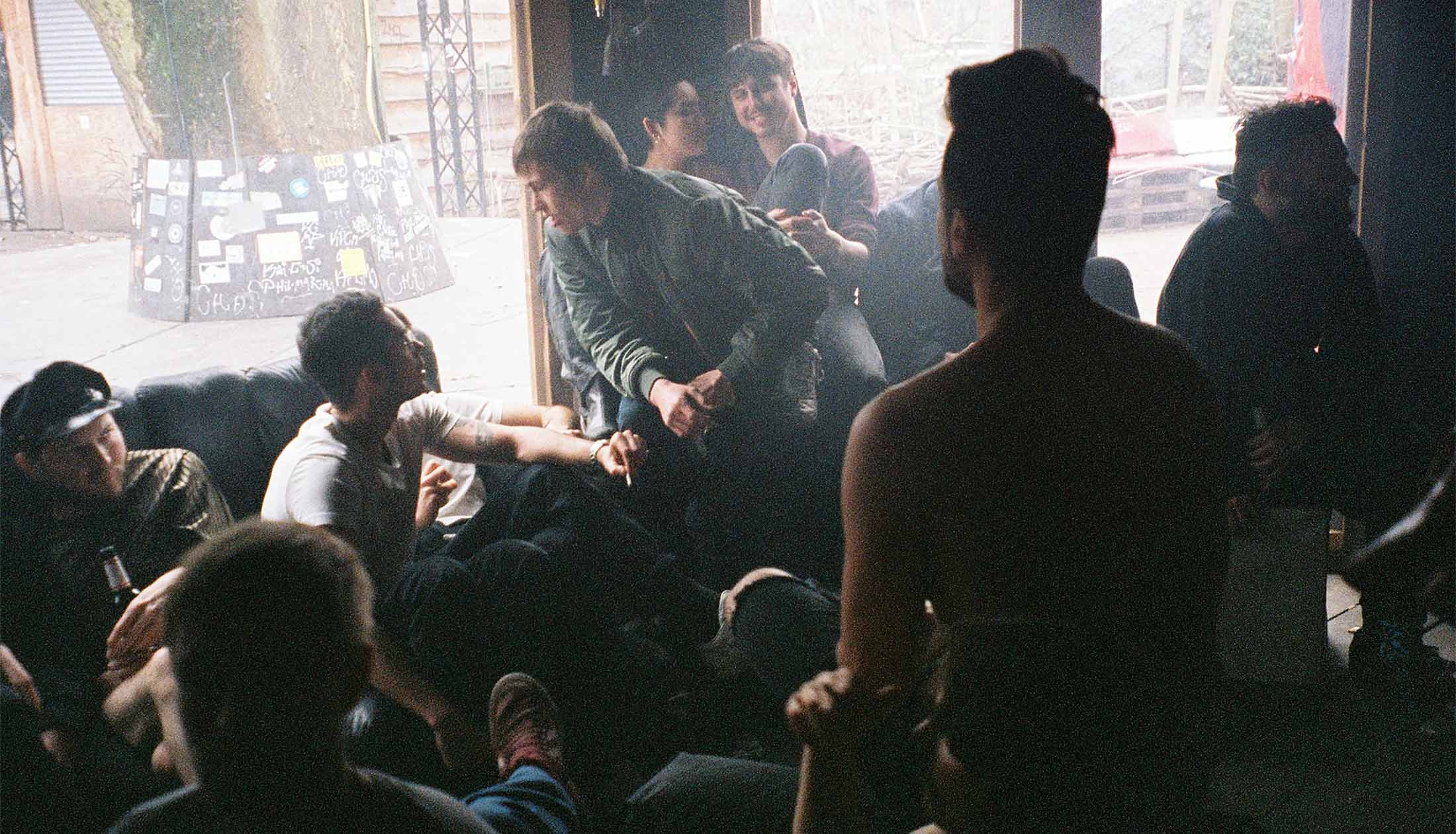 The themed parties stretch between one and two days, and they feature a roster of DJs adeptly spinning house, techno and everything in between. Buttons sets a bar in this city known for its hedonism; it’s an event at which you’ll see the regulars, while also lacking any sense of scene-y elitism. A few months ago, for purely investigative purposes to prepare this article, I attended an edition of the party—the theme was “Birdwatching”.  Although it was held midway through January, the turnout was vibrant and sustained—always a charge in the room, and always enough room to twirl. 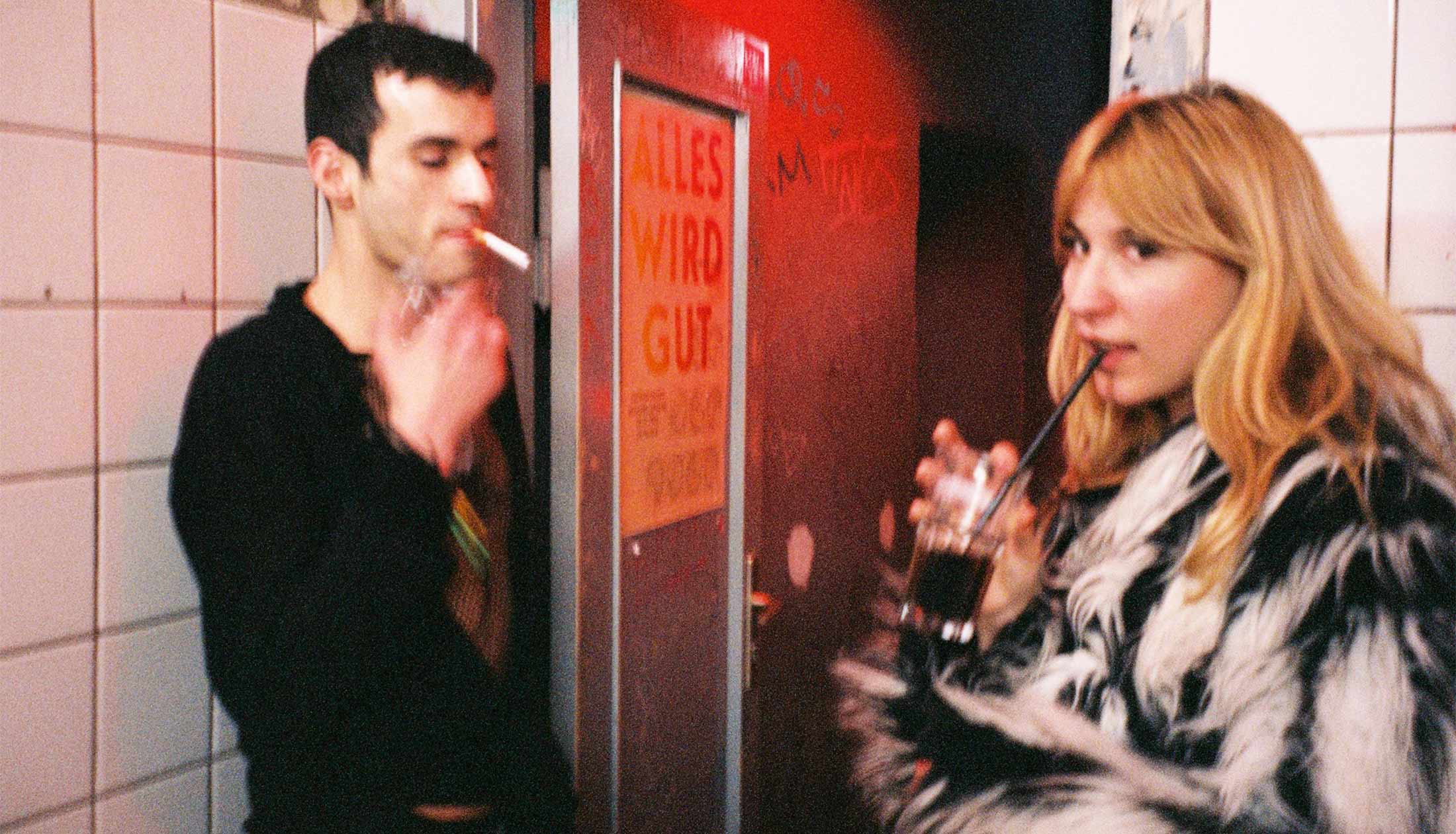 Rather than the garden being a kind of auxiliary region of the venue, an add-on, the large extent of the party’s programming was packed into a little carnival tent dubbed the “Winter Garden”,  which was set up in ://about blank’s sprawling backyard. Throughout the venue, as is the tradition of Buttons, we were treated to the themed decorations: papier-mâché winged daddies, toucan prints, rose-colored plastic torsos with affixed angel wings, and I’m sure a number of other libidinal sculptures I didn’t see through the fog, sweat and misted windows. Ultimately, the winter garden became more like a steamed-up tropical greenhouse. 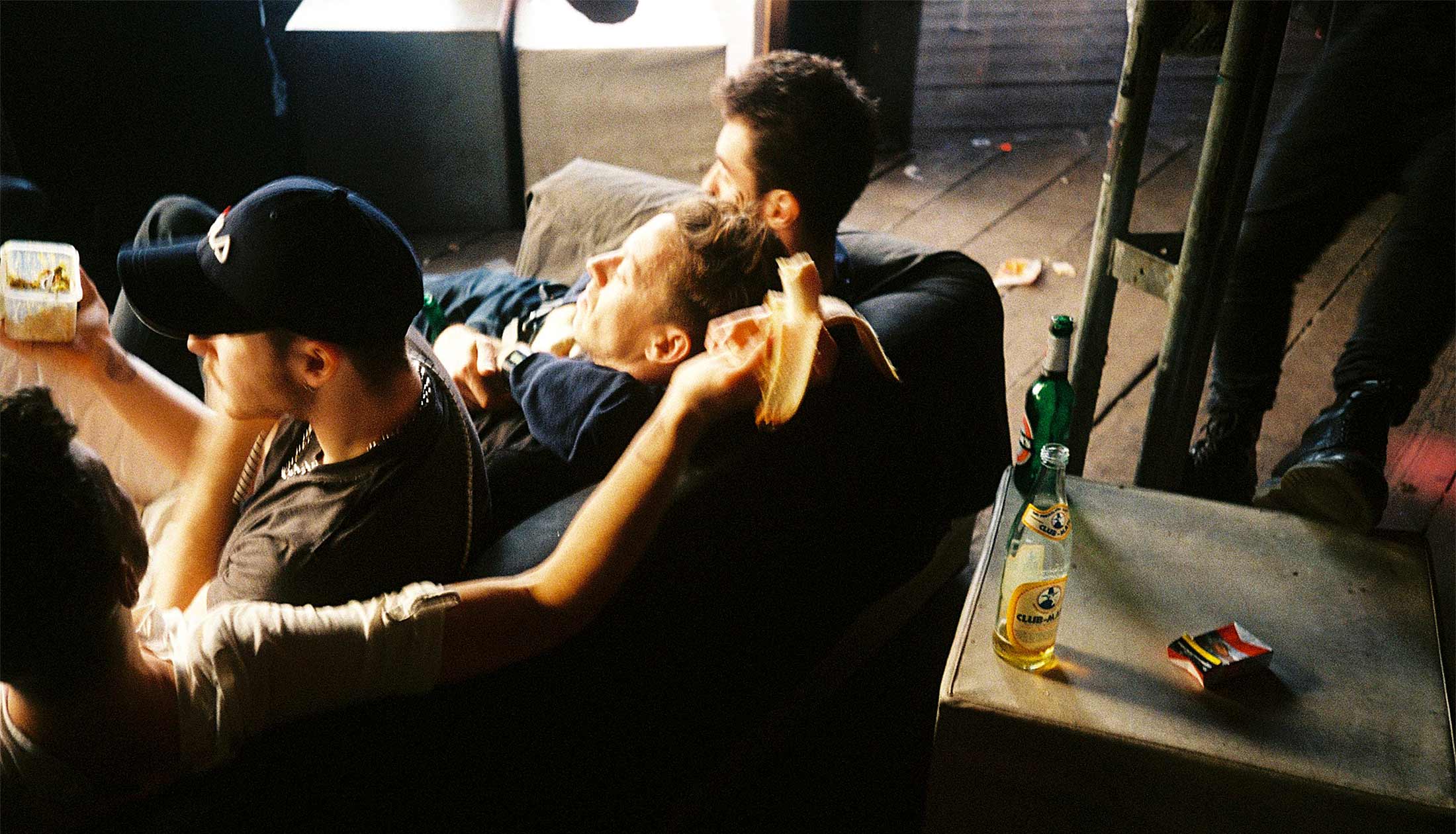 And for good reason: the sets were very well-tuned. Buttons resident Sunset Motherfucker opened the floor at two in the morning, starting with slow-burning Neu Deutsche Welle cuts before moving into a field of ’60s and ’70s Italian pop, and then ramping up to some truly bitchy closers. 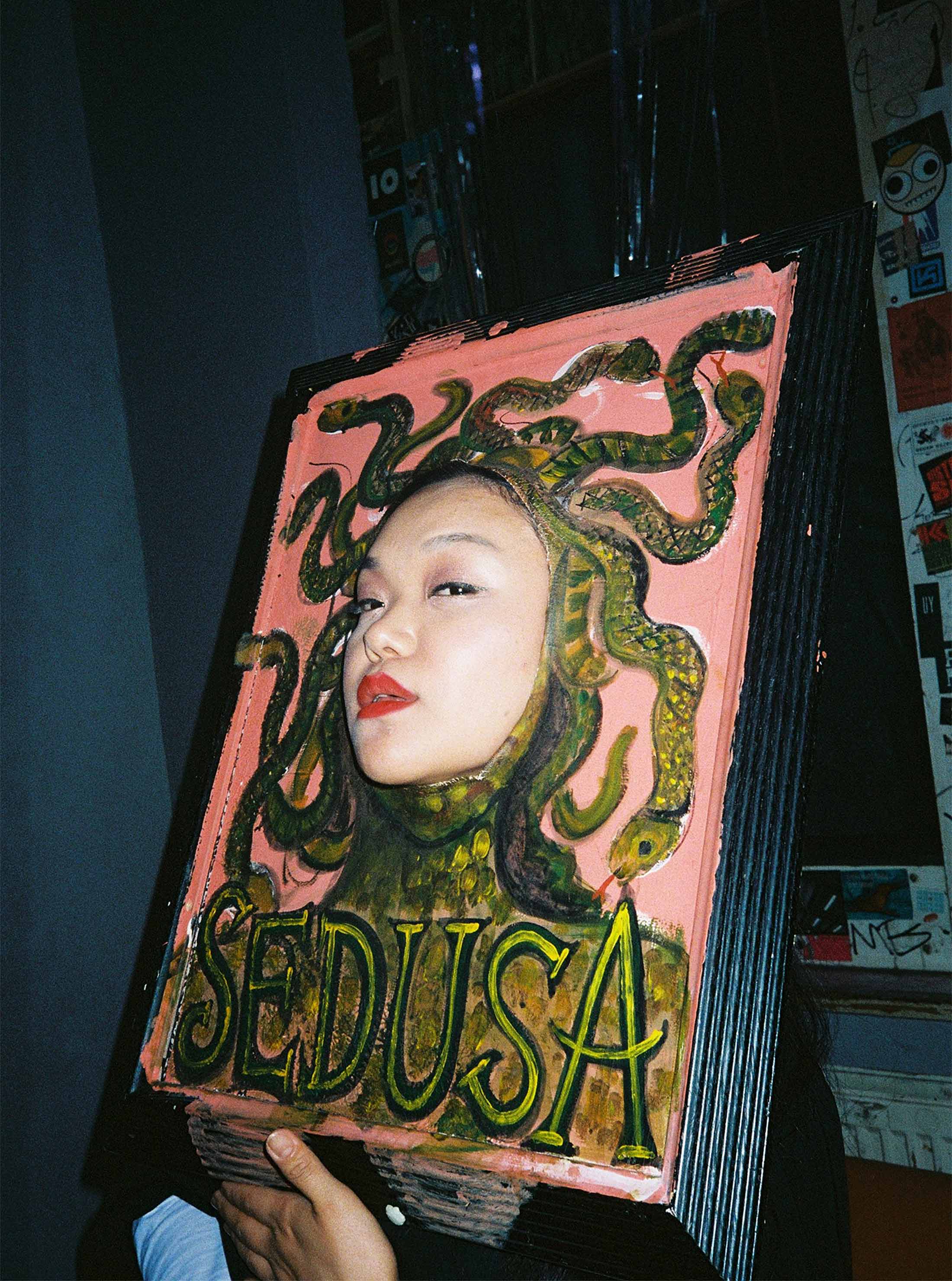 Vocal samples in DJ sets can act as inscriptions, signals to the history of dance genres and their producers. When the Majorca-born Porno DJ embedded that Logic speech in “The Judgement”, he made a gesture to house’s roots, which stretch back to the clubs of Chicago in the ’80s, and those of Detroit, London, New York and Newark in the next decade. These concrete floors acted as incubators, safe places to be a deviant body. So when Sunset Motherfucker played “The Judgement”, in 2018, in former East-Berlin, she too drew in this lineage of house (and the many genres it inspired) as a music of sanctuary and liberation. 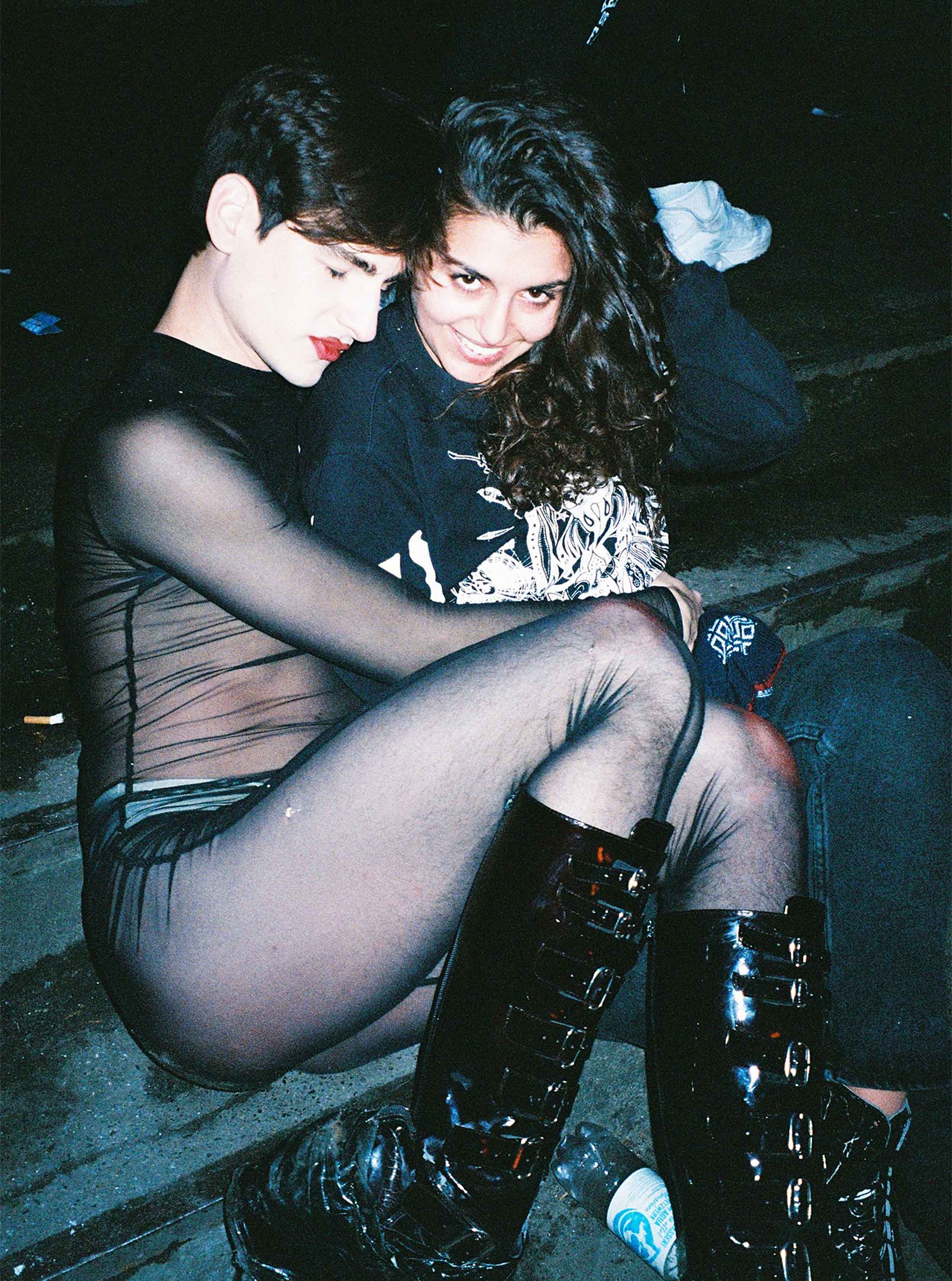 The dialogue with dance-floor history continued with a back-to-back set by Buttons resident Jacob Meehan and New Orleans’ Bouffant Bouffant. Ranging from queeny anthems to acid, breakbeat, and ’90s rave, the floor was at once a garden, a carnival and a theater enacting this cross-country, cross-genre dialogue transpiring in dance music over the past 40 years.

Aretha Franklin’s vocals from “Chain of Fools” were in the mix. So was “Pure Energy” by the UK duo Greater Than One, who released on Chicago’s legendary Wax Trax! label before their song “Love is Everywhere” was adopted as an anthem of Berlin’s early-’90s Love Parades. Meehan and Bouffant’s set closed with Chez Damier’s 1992 “I Never Knew Love (Made in Detroit Mix)” (this journalist screamed hearing the first few bars come in) and Sheryl Lee Ralph’s classic “In the Evening”: “All day you’ve got to fight to defend your rights / Every day, I work like a soldier, working to live, living for the night. 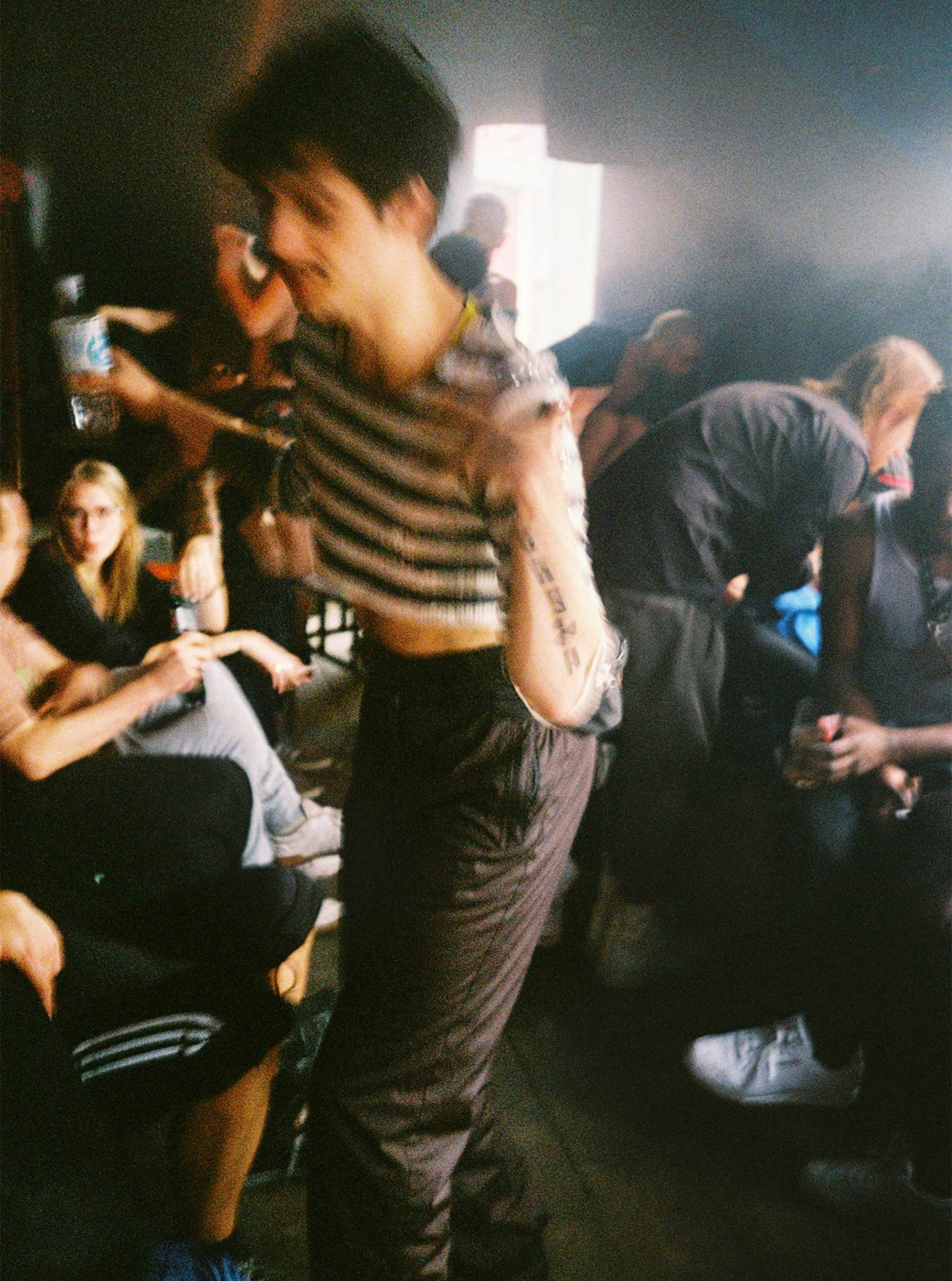 One could easily say Berlin’s party scene is overdetermined by the masculine gay crowd—if it is a haven only for some, at the expense of alienating others, can we truly call this a sanctuary? More broadly, the city’s nightlife is often seen simply as mulch pits of hedonism and escape. But in these critiques, we all most likely discredit the intentions of party organizers, managers and DJs—more specifically, their attempts to carry on the radical legacy of dance music. On the Facebook event for Buttons’ first party in the spring of 2016, the hosts included a list of descriptors, presumably the identities welcome and celebrated through the party: “Gay / Lesbo / Queers / Transexual / Freaks / Genderqueer / Gender Variant / Social bottoms / Polyamory / Genderfuck…” The list continues with tags like “Lacanian”, “Asexual”, “Puppets”, “Colours” and ends with “Humans”. 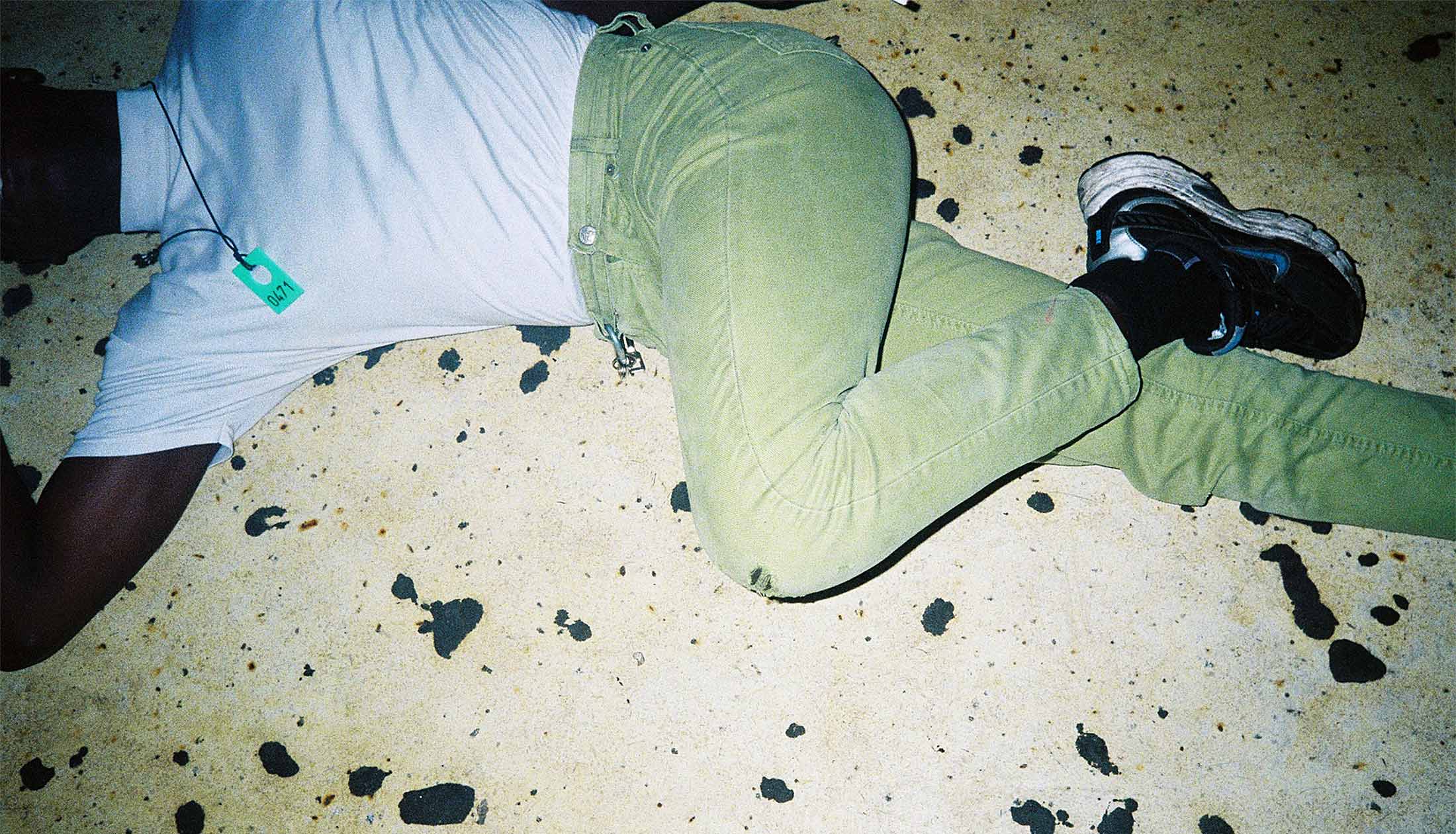 A dancefloor paradox: to craft a set that is conversant with history and sonic context while at the same time attaining a timeless space within the club. Is it skill or miracle? How do we organize and participate in events that are both inviting of wildly free play and still critical of the politics existing within and without the party, still “Lacanian”? If I’m at the club while I’m pondering, and depending on what I’ve taken, the questions can become a barrage—“Do I believe in the dancefloor transcendence of identity?”, “What’s good with these parties advertising a radicality when their organizing body contains no women of color?”,  ”Will I ever stop being played by the straight boys with the nice hair?” And so on. 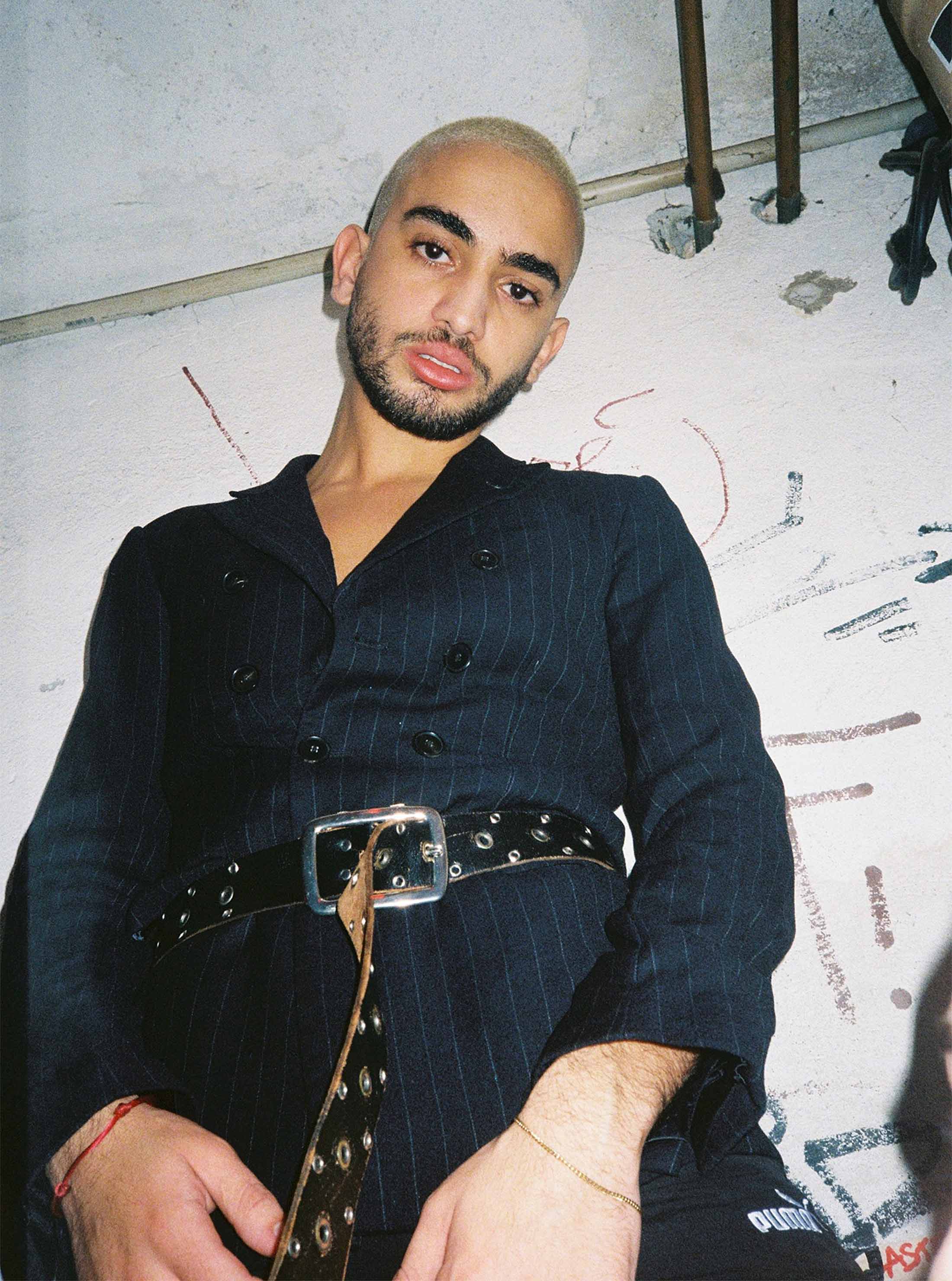 And at a certain point, without any answers, I need to go bop. Because no matter the season, no matter how temporary Eden was and will be, there is a fertile and very human love on certain Berlin dancefloors. Although the concept of a “winter garden” was originally developed to house the (colonially-sourced) tropical plant collections of the 17th-century British aristocracy, now it is more associated with conservatories, public botanical gardens and sunlit club-rooms filled with yelling twinks. These can be spaces of protection and growth, climates radically divergent from the outside world, homes for the displaced fruits and flowers. And this, no doubt, was the kind of garden we visited or comprised at Buttons.

To see more photos by Spyros Rennt, check out his Instagram. For more of Nat Marcus’s work, visit his imprint, TABLOID Press, here, and his Instagram here.