This story, sadly true, crops up in popular culture now and then and there’s even a reference to it in Red Hot Chilli Peppers’ “Californication”. However, Martin Mikolai’s fictional take on it is, to our knowledge, the first time that somebody with roots in breakcore, noise and experimental music has found inspiration in this very LA tragedy. Under the guise of S Olbricht, the prolific Hungarian producer has spun out an imaginary backstory involving a mysterious (fictional) synth producer (called Stephan Olbricht) who falls for the doomed Stratten. The result? The Last Act Of Dorothy Stratten. When not creating offbeat concept albums Mikolai is also one half of analog synth duo Silf and co-founder of the fledgling imprint Farbwechsel. We talked to him to find out a little more. All photos by Máté Bartha.

The story is detailed and you can read it all in my bio but Dorothy Stratten was a real person. She was Playmate of the Year in 1980 and was murdered aged 20. Since then she has been almost totally forgotten, a true character from another era who’s only remembered by those who were around back then. Regarding nostalgia, there’s something about the mastering and lo-fi sound—but not the music—that I’ve used. The cassette symbolizes a lost and found memory of those times. It’s a kind of flashback.

The Silf self-titled debut EP was the second release that came as a limited cassette edition. Is this medium an important conceptual element of your aesthetic?

The point is that CD and mp3 quality can be downloaded from the internet in three seconds but the cassette is about something else. I suppose I also have some kind of romantic and nostalgic connection to it. There is also, of course, a money aspect but I grew up with cassettes and still have them in my bottom drawer. We’re trying to make music that was characteristic of the cassette era. Accordingly the label has been launched with is my debut album …Dorothy Stratten

Opal Tapes’ head Stephen Bishop put the album at Number One in his 2012 Boomkat chart, What does the future hold for Stephan Olbricht?

There will definitely be more releases, the next one might come out by the summer, I hope.

Returning to Silf, you make up that duo with Alpár aka Bálint Zalkai. As we reported, your debut EP came out with bang last week but how did Silf come to life?

I met Alpár through a friend. The first project that we started together was a demo project with a different sound, it was more noisy techno and acid. Then we got more and more interested in analog instruments and synths and that’s when we started Silf. 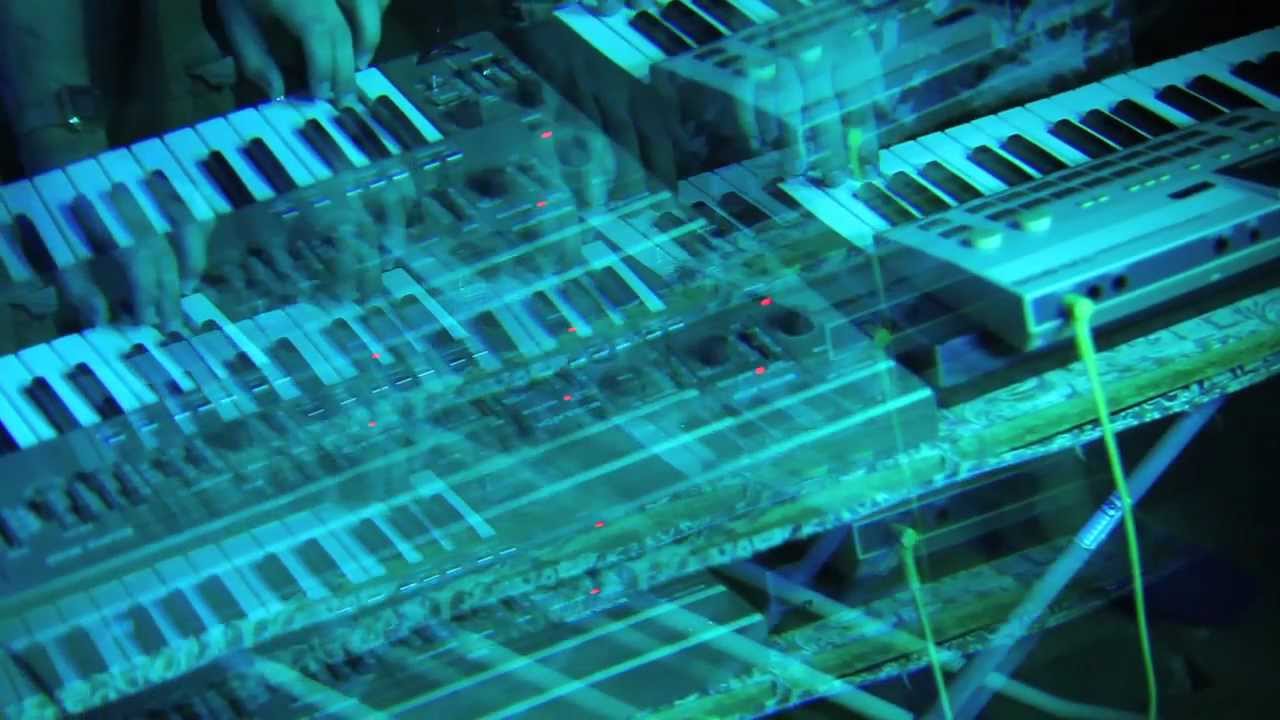 Where does the name Silf come from?

What are the differences are between Silf and S Olbricht?

As S Olbricht I make static music, like the noise that I have roots in. I sample and distort sessions from my old cheesy records and that becomes the basis. Silf’s songs have themes and we use a lot of instruments to experiment with. Our basic principle is just to push the button on an analog synth and record our experiments without any post-production.

And what of your own Farbwechsel label? What is the story and philosophy behind it and what have you got lined up?

Farbwechsel started out in blog format because I wanted to have a close collaboration between fellow producers. There were people randomly cooperating but there’s no “home” for them so I wanted to create a higher level of collaboration. A DIY label was needed for this scene as the next stage of development, a kind of institution for some of the very good music around me. The core values are to put the learned and methodical stuff aside in favor of our own altered aesthetic.

We have more releases planned, the third one is by Route 8 and there are some more coming later this year. Our objective is to release mainly electronic music but with some more unexpected things like live improvisations and experimental music… They’ll be surprises. ~