Belgium is a sort of cross on a battlefield. Also, the “capital” of the European Union is here. There are the highways, too, and apart from flows of traffic, these were also the media highways in the early ’80s that were very interesting for sampling. We were among the first ones to have TV channels from all over Europe, and that shouldn’t be underestimated in terms of importance. See, I like Anglo-Saxon music, I like reggae music too, but I’m not a Rasta guy, I’m not American, I’m not English. So although I appreciate that stuff, I don’t really feel it.

In my opinion, you look for what you have inside. We called our style “electronic body music” because the body is also the brain. It’s not only about groove, swinging and dancing. It’s enjoyable but it’s also mental. Our body is also a great instrument that uses the senses. I think when you work with a machine you create an interface between yourself and the machine. I could symbolize this by a big arrow from the machine to you and you to the machine. You try to understand and manipulate the machine and try to get something out of it. The machine is giving it back to you.

In the early days the interface was very tough, very difficult, very mathematical, very hostile to the human body. The body needed to make an effort intellectually and emotionally to create. At the time, this notion of interface, to imaginatively manipulate the machine, was extremely complicated, mainly because there was no aesthetic for it but also because the manuals for those machines were terrible. It was a fight all the time. The notion of the body was important for us, especially live because we were one of the rare electronic bands that had a very physical presence, like D.A.F., for example. It’s not like Kraftwerk with some guy standing still behind the machines. 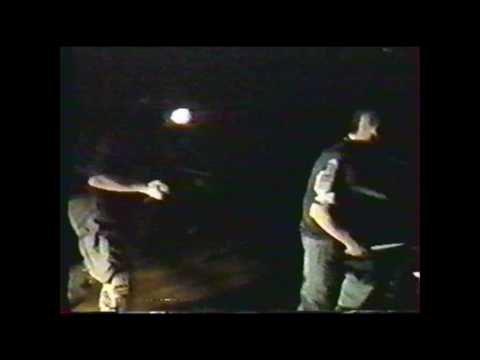 When I was 18 I would go to a club called Cinderella in Antwerp. It was an amazing place with a David Lynch atmosphere. This was the club that would have all the transvestites from the red light district arrive at two, three o’clock in the morning. There was leopard print on the walls, velvet couches and they’d play only glam rock like Roxy Music and Bowie. Eventually it switched to post punk and new wave, and during that time Antwerp’s fashion designers haunted the club. You could tell that the spirit of these people was feeding from those musical genres. I was going out to Antwerp because it always was a city where there was a lot of fun, a lot of clubs, a lot of animation. It was a city that would live until six in the morning, no problem. So there has always been a sort of dance culture, a night culture in Antwerp.

However, when we were starting out, electronic bands at the time were kind of meek—ABC, Spandau Ballet types. And other electronic bands that were successful like Depeche Mode were kind of quiet on stage. There was no muscle behind electronic music, although you could easily put distortion on synthesizers and have really tough sounds. When you listen to industrial music it’s very tough. So we wanted to force things with the military outfits for instance, and try to make a break through. People could identify with us more easily because that army gear was cheap and easy to buy.

Regarding the press, you will not find a lot of positive reviews of Front 242 between ’81 and ’85. Most people hated us. But generally in the early ’80s there were many Belgian bands and interesting things happening in Belgium, so Swedish, French and Spanish people would come to Antwerp and Brussels to look for records and buy stuff, the same way you would go to Kings Road in London to buy your punk items.

But when new beat DJs started out, they would take a 242 track and play it very slow, so it was flattering in a way. It’s also a different way to listen to your music. Now it’s true that compared to what we were planning on doing in our lives, regarding electronic music and research and trying to find sounds and directions or structures, new beat was a quick artistic approach because the productions were made in a day. We would take two years to make an album.

It was a different world, but I enjoyed it very much. Nights at the Boccaccio in Ghent were a blast. What I like is that it goes to the primal core of the electronic music genre. New beat is leisure. It’s fun. But we never collaborated with new beat artists. We never changed our style of music because of it; we wanted to keep our integrity since the first day. See, if you take the English language, it’s based on consonants like, t, k, p; that’s why it’s more rhythmic. French for instance is based on vowels. It’s more poetic and lyrical. That’s why you have those Italian and French songs that are more melodic and you have English songs that are more rhythmic. But it’s all mixed here. You take what you want.

This article originally appeared in the Winter 2014/2015 issue of Electronic Beats Magazine and was compiled by A.J. Samuels. Read part one, part two and part three of the 72 Hours in Antwerp feature. All photos by Elena Panouli.