“My dad took me to a Mascletà—a traditional daytime firework display during the Valencian festival of Fallas—when I was one. I became addicted to the rush and looked for that transcendence in music,” explains confrontational multimedia artist Astrid Gnosis. A recent graduate from the University of The Arts London, where she’s spent the last three years studying sound as a cultural act of subversion, the Valencian native has developed a body of work exploring ritualistic violence, urgency and the “catastrophes of society” through videos, gallery installations, visceral performances and music.

On record, Gnosis raps and sings over blistering “new school” hardcore productions that sit somewhere between Casual Gabberz and the more industrious sounds of The Horrorist. But it’s in the live arena—which has included outings at renowned London sex party Torture Garden with MEAT clothing, gallery residencies throughout Europe, and even a Boiler Room—where Gnosis truly makes her mark. “My shows glorify discomfort as the key to transcendence and the creation of more meaning in life,” she says. In January, she will play Berlin’s CTM Festival, and with a new label called Heady Records (check out the label’s first single “Quema Rueda” below) and plans to reactivate her Heady club nights in London, 2020 is set to be a breakout year for the concept-driven hardcore artist. 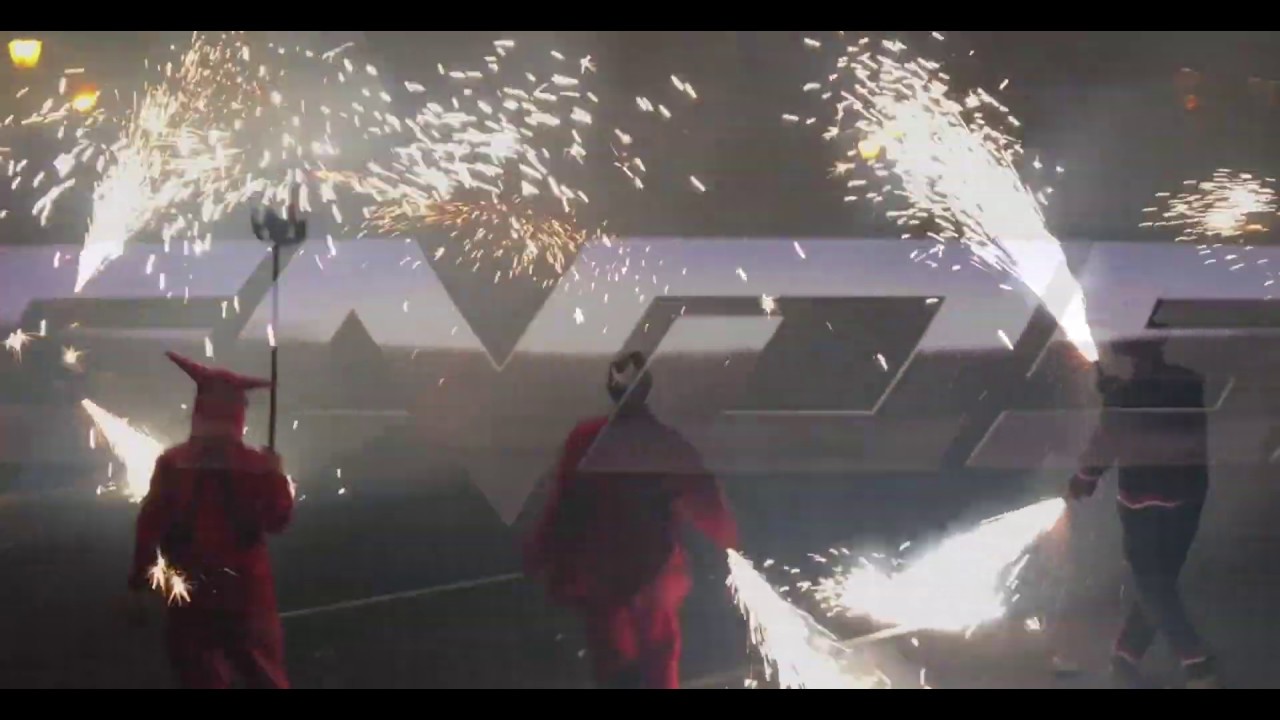 Can you tell us about Heady, your record released last year?

Heady is a collection of thoughts around a feeling—in times that feel heady, like a liquor, a poison, like smoke. Antagonisms today are out in the open. As a result of this tug of war between ideas, our worlds are polarized further into chaos. Take Paris, Hong Kong, Barcelona for example. There’s an enhanced sense of both urgency and impotence about things, and it cuts deep in society. It breaks families apart. Heady is about this capitalist hangover, where everything seems to be a bad joke that makes us feel guilty. If there’s something I’ve  learned while touring this record, it’s that people everywhere feel heady today. We all just find ways to cope with it, and mine is through music.

These songs are about pain and frustration and raising a middle finger to them. Although I think it is redeeming, to an extent, to hear music that speaks of feelings and drives, I think music’s main power lies in the embodiment of these as a form of expression, to push through things like anger, lust and self-destruction. I made this record at a hard time for me, and it speaks to how I felt about life personally while also ploughing through.

This year you graduated from the London College of Communication’s Sound Arts and Design course. Can you expand on the music-based research you’ve conducted over the last three years?
I developed a study on the sonic language of subversion and explored power roles within music’s subcultures. Exploring folklore culture in my hometown Valencia and the traditional music piece “Mascletà”, which is composed entirely with gun powder, as well as its surrounding rituals, I studied the relations between forms of spectacle and power to see how these could shape musical cognition.

I studied the history of torture and its spectacle, how it helped to establish the idea that sovereign and police states hold a monopoly on violence. There are many similarities between the control of chaos and the organization of noise. Noise is to music like chaos is to order—if you look at music as organized noise. The fear of noise and disharmony, or violence in music, can be enjoyed. There’s pleasure in tension. I studied the sadomasochistic relationship between the enjoyment of forms of violence in music and the similarities to individuals who subscribe to the status quo and follow its ideological conundrums. The history of hardcore and noise artists like Merzbow were my focus in exploring the embodiment of sound as a cultural act of subversion.

How does this research relate to your audiovisual practice?
As an artist, I believe it is important to establish points of resistance through our work, finding a way to use and adapt language to manifest subversion. I often use totalitarian aesthetics that I recycle from corporate brand logos and propaganda slogans, which come from popular culture, and sometimes reference the occult as an overidentification with power. I see my music somewhere along the spectrum of tragedy and satire, full of pyrrhic victories, where some of my characters live in contradiction and remain on the surface while others speak of inner light and truth through breaking repression and becoming a sort of virtuous monster. To know one is to be one. For me, living in virtue means being close to my true self, facing my darkness so I may break and spark my inner fire. This is the path of Gnosis.

You also explore themes of violence and urgency in your work, can you elaborate?
I’m interested in the violence of destructive processes implicit in our everyday lives for them to function and in the violence of so-called progress, which praises narcissism and subjugates individuals to living outside their potential. I speak of this from a Destructivist perspective. Order looks upon humanity with disdain, the idea that we are ignorant beasts that order must contain to protect us from ourselves. Humanity is obsessed with death through self-destruction for economic pursuits: nuclear power, the capitalist mode of production, gore practices and gore consumption—and the spiritual death that is palpable in western capitalism, which is evident in people who hide their anxieties through work and docility behind faces of complacency and agreeability. These are a form of sacrifice, and leave the subconscious in a cognitive dissonance, which is a form of violence imposed by society. I’ve worked in the service industry for many years. It reduces us to silence. To maintain unconscious integrity, everyone needs in some way to justify these sacrifices and make peace within themselves.

Through my work there is a way to break that silence and purge, through a symbolic destruction, the weight of guilt and fear.  When we experience change, we experience an internal process of destruction. This is also true at a social and political level. Many will perish before something is accepted as the new normal, and this takes me to the theme of urgency. Most systems and ideas are established through repetition and time, but our lifespan in terms of quality averages at 65 years of age, if we’re lucky. This is not very long to appreciate true “progress”. The urgency is to explore and build new realities, to break with obsolete systems. As with the case of our environments becoming increasingly toxic and our resources disappearing, it has become vital to minimize bureaucratic processes and address ourselves as individuals and what is urgent for us, now.

What makes hardcore an ideal sonic vehicle to explore these themes?
With hardcore, there’s a symbolic re-enactment of the rhythms of progress and the violence implicit in their razing speed and strength of attitude. Power is returned to the people, to the audience, when it is embodied through dance. I’ve experienced this when clubs close and people keep the party going. I’ve seen authority stand by to let huge numbers of people get on with what they’re doing because it is impossible to intervene without violence. This is powerful, and though it may be romantic, I think hardcore is rewiring our brains to become more vehement in our way of living out our potential. Through hardcore there is no monopoly of violence. We are, all together, an agent of chaos, and only we can establish order.

What attracts you to hardcore?
It’s a lifestyle. Hardcore is no bullshit, no compromise. It comes into a space and claims it, unapologetically, with a big middle finger. It speaks to me from a stoic perspective. It has been for years my partner in crime through the darkness, with its relentless heartbeat. I’m most attracted to its energy. Then again, if you’re attracted to hardcore you must know there is no middle ground: you can’t just try it, like a techno party. 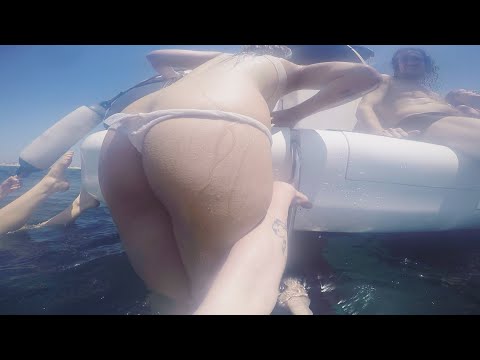 Outside of the Netherlands, there seems to be a rising interest in hardcore. Do you feel part of this, or any, ‘scene’?

I guess I’ve always been my own scene. My Soundcloud was the only place where I would share my hardcore productions, but I deleted everything when I began my Dying Breed project. It’s been a long road. I think it was like three years ago, when I started finding out about other producers and new hardcore nights in Europe, that I felt part of a scene. I felt that my obsessions with hard beats finally found a home somewhere. I remember being at an event in Paris last year thinking, “we’re here, motherfuckers!”

I never really found a crew, and I stopped caring about not having a tribe here in London, which in a way made me go even deeper into mixing genres when I produce and doing what I wanted without compromising. That’s the good thing about being independent and not being part of a group. People around me thought my sounds were too hard anyway. I’d be invited to DJ and purposefully asked to not go too hard.

Do you think hardcore resonates with our current socio-political climate—hard sounds for hard times, as it were?
I recognized early on the potential for hardcore to be used as a tool for understanding our society, our culture, and our future realities. It’s true that we live in a time of extremes, and there are many similarities between the styles of hardcore and many different ideologies. But music is compromised when the ideologies behind it are fueled by hate and bigotry.

Do you use hardcore as a political form of expression?
My ideas on music as a form of subversion are my own and quite controversial to some hardcore lovers, but I don’t care. I don’t just make music for the sake of bouncing around a club, unless that has a purpose. I don’t intend to mix politics with my music, but it is political insofar as I’m a member of society making a public form of art and have a platform. Then, I become the subject of scrutiny when people engage with the work, my background, my identity, and what I am about.

All that matters is the bigger picture. I use music to explore ideas and challenge people’s perception on topics that sometimes reference reality, but the line is blurred. Sometimes I sound nothing like me, and that freedom is an artist’s agency, which should never be compromised. In that sense my work is apolitical. There are philosophical messages behind my work, but it’s all up to interpretation. An artist should always have space to test and learn.

Photos for this piece were taken by Antonio Mingot. Make up was done by Bobana Parojčić. Hair was done by Roger Cho.