Before I did Baka Gaijin, I was working at clubs and in a bar. I was always interested in music; I used to produce a lot of rap when was 18 or 19 and listened to a lot of French, US and German rap. Then I started working at a restaurant where the bar-chef was also the manager of the most famous techno club here in Düsseldorf, and he brought me into the scene. It was called Poison, and it was a really dark space in the main train station where they had 24-hour long parties, but it closed a couple of years ago.

When I started throwing my own parties, I called them Baka Gaijin, which means “stupid foreigner” in Japanese. That’s what one of my best friends from childhood—who was Japanese—used to call me when he was angry at me. Plus, the first Baka Gaijin party was at a place called Lieblings, which is in the Japanese district in Düsseldorf, so I thought it fit in that sense, too. It’s a restaurant in an old parking garage, and it didn’t have a license for parties because it used to be a gas station, so at the time I was taking a risk. It was a really small place; it was totally packed with 60 or 70 people. My first party there was in 2012 with Till von Sein, and later I brought DJs like Gerd Janson, Borrowed Identity, Tama Sumo and Prosumer to that extremely tiny bar. I wanted to bring the artists and the crowd into a familiar atmosphere, as if you were at a party in your living room. The sound system wasn’t the best, but atmosphere was bomb.

I threw parties there for about three years, and now I’m always looking for atypical off-venues in Düsseldorf, Essen and Cologne to host my parties. For example, I’ve thrown parties at Zeche Zollverein, a UNESCO World Heritage site at a former coal mine in Essen, which is the site of an upcoming open air I’m working on. I like using off-locations because the venues are usually more interesting than a typical club, even though it’s more work and risk for me. It allows me to remain 100 percent independent, and that’s what Baka Gaijin is about. Every summer I take a break for two or three months and then I throw an open-air party around August, and I think that’s good because when it happens, it’s more like a special occasion; it can get boring if it happens every month. I’ve built a following this way that’s mostly people between 20 and 32, and I’m able to get a lot of women to come out, which is important for a good atmosphere and isn’t a given at local dance music parties. 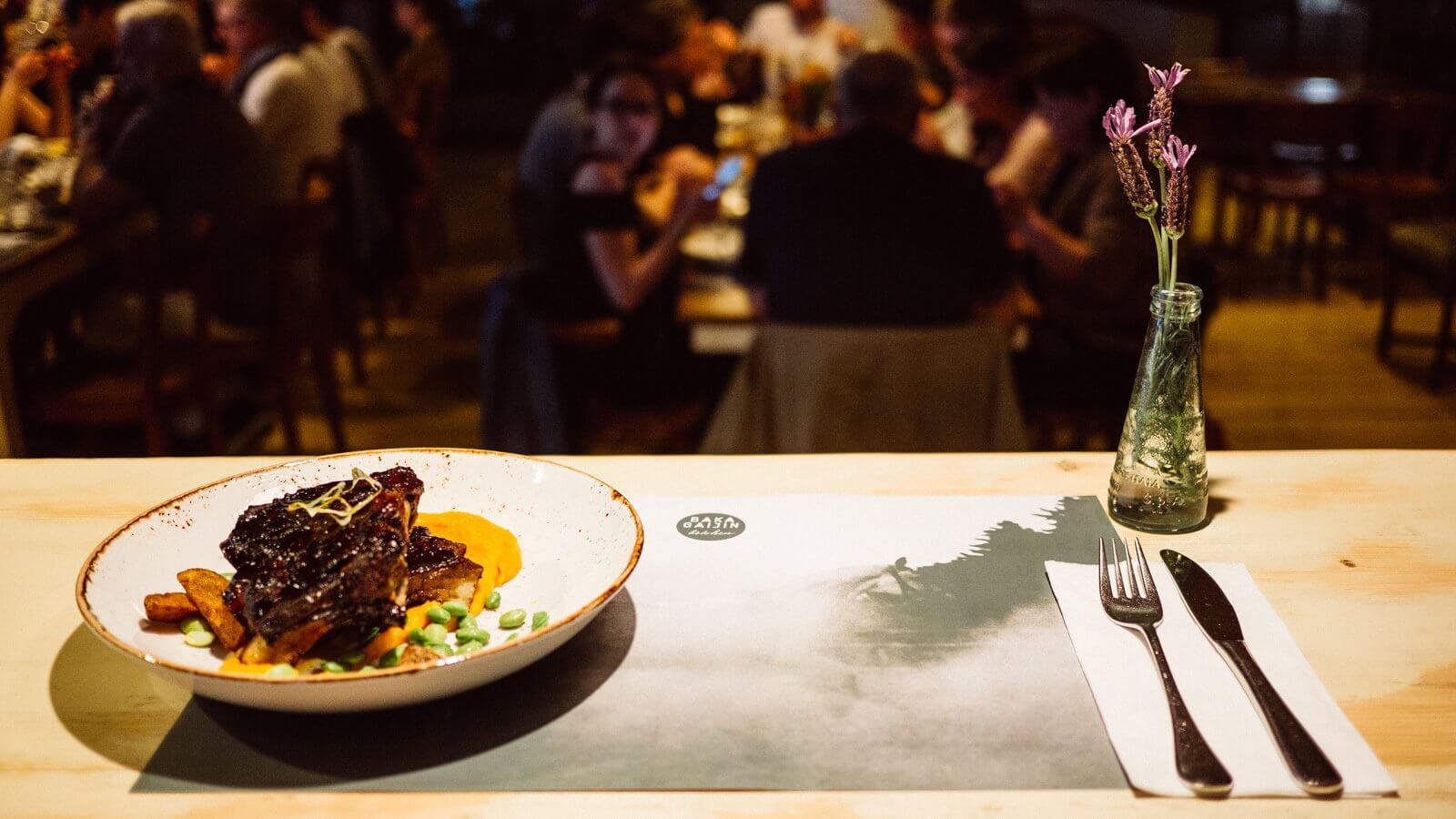 My new project is Baka Gaijin Kitchen. I had the idea to start it with my friend Serdal Türeci last year, but it takes time to implement things like that. I wanted to do the Kitchen because my background is originally in gastronomy; my roots are in food as well as music, and I studied as a restaurant specialist. Music and cooking are one genre for me, and when I eat it’s always a celebration. Serdal has worked as a chef in Germany, Austria, Spain and in Asia, and he still works as a cook.

Our concept for Baka Gaijin Kitchen is that every month—or as regularly as we can—we make a four-course, family-oriented meal for a maximum of 50 people who reserve seats, and we cook seasonal food with fresh products. I grew up in Greece eating vegetarian food five days a week, then one night we’d eat fish and another night we’d eat meat, so I developed a vegetarian and omnivorous meal option. For the first edition our menu had a Mediterranean and Asian influence; it included fried octopus with sesame aioli, gyoza filled with asparagus and shiitake mushrooms for the starter courses, and the main options were barbecue baby back ribs for the meat-eaters and a baked sweet potato with edamame and a cashew sauce for the vegetarians. But in the future we’ll explore cuisine from all over the world.

That first Kitchen event was at the same space as that first party, Lieblings, but in the main room of the restaurant. Everyone sat together at three or four long tables because I was hoping that everyone would communicate. I wanted it to be loud with a lot of talking and good food. One of my residents at Baka Gaijin, Simon Hildebrandt, played records, but not techno; more like Afro-jazz, disco, some slower stuff to fit the vibe. I think it went really well. The food and atmosphere were great, as was the mix of people who came. About half of them also come to Baka Gaijin parties, and the other half are a little bit older and more interested in food.

The Kitchen will continue, but I’ve also already got plans for my next parties: the open air in Düsseldorf will hopefully pan out if the building inspection office allows it, and then we’ll do parties next winter in Cologne and Essen. I’ve also launched a Baka Gaijin label in 2014, but last year I was too busy with the parties and work to put out another release. This year, though, I’ve got two new records: a cassette of jungle and breaks will come out next month, and a vinyl release is planned for winter. I’m following a similar philosophy with the label: it won’t be restricted and it’s just about good, real music. In the end, I do it all for the love and with sensitivity.