If you were blindfolded and led downstairs into the basement of Dia:Beacon, a modern art museum in New York state’s Hudson Valley, you’d be forgiven for thinking you had wandered into a late-’80s or early-’90s warehouse in Detroit or Chicago. Formerly the bowels of a Nabisco factory, the cavernous space is gridded with brutalist columns and dark except for its Panorama Bar-inspired window shutters that intermittently open to let in sunlight. Neon poles in each of the four corners glow purple, blue, and red. A quadraphonic sound system pumps out a liquid techno composition by Carl Craig, with four speakers pointed at a white-painted X on the floor in the middle of the room. Suddenly, the chest-rattling bass fades into an overpowering whine, and white light beams from the ceiling to the X; it feels like you’re inside someone’s ears ringing after a rave. “I did think about having [the installation] as just [high-pitched] tones,” says Craig, who suffers from tinnitus. “but it might’ve been way too intense for some people.”

There’s a lot riding on Party/Afterparty, Carl Craig’s installation at Dia:Beacon, which opened to the public on March 6 and has recently been extended through summer 2021. Closed just a week later due to the state’s quarantine lockdowns implemented to slow the spread of COVID-19, the exhibit is opening with the museum this week. “I think it’s a fair assessment to say that this is one of the first installations in a museum by a techno artist in the United States,” says curator Kelly Kivland, adding that other artists are “creating durational sound-based work in museums and art spaces.”

A Chicago native and lifelong house music fan (her partner is from Michigan, with deep ties to Detroit techno), Kelly Kivland approached Carl Craig five years ago for a collaboration in line with Dia:Beacon’s partnerships with minimal composers La Monte Young and Marian Zazeela. “We knew that we wanted to engage with the next generation of electronic music,” says Kivland. “That led us directly to techno, which I felt had a strong link to minimalist music.” Over the course of five years, she and Craig worked closely together to realize his vision, inspired by Sarah Gregory’s mural gracing a wall in the seminal Detroit club the Music Institute and Keith Haring’s murals adorning the Paradise Garage.

For boundary-pushing artists like Craig—who says he’d rather perform at an opera house in Bologna than for “20,000 people at a festival”—working with museums represents a barely tapped creative frontier.

During the fall of last year, UK electronic music producer Lord Tusk co-produced (with Steven Julien, A.K.A. Funkineven) Yasiin Bey’s Negus, a multimedia “album” listening experience that could only be heard at the Brooklyn Museum. He also DJed a live performance to accompany the exhibit, which received a standing ovation—a rarity outside of orchestral halls, theaters, and opera houses. “This was not a Yasiin Bey performance, this was an art installation,” he says.

Hip-hop has arguably had a more prominent relationship than electronic music with galleries and other spaces of that caliber—from Jay-Z’s 2013 performance with Marina Abramovic at the Pace Gallery to the Brooklyn Museum’s Hip-Hop Nation exhibit in 2000—but the same possibilities for creative boundary-pushing apply. “You don’t have to approach it in the normal ways,” adds Lord Tusk. “You’re able to take listeners into another zone, a portal into another dimension.” Tusk and Bey also performed parts of the unfinished Negus at Banksy’s dystopian carnival Dismaland in 2015, adding another notable entry to the oft-overlooked tradition of contemporary art and “popular” music crossovers, like Basquiat’s DJing or Miles Davis’ late-career painting.

Without the typical distractions of a venue or festival, a museum setting also elevates electronic music by providing a more immersive environment for listeners. “The vibe of the exhibition was intended to be very contemplative, especially in our contemporary moment, where we are so often distracted,” says Lauren Argentina Zelaya, director of public programs at the Brooklyn Museum, who worked on the Negus exhibit. “Everyone’s looking at their phones, and we are assaulted with images and sounds everywhere we go.”

Though the vibe at Party/Afterparty’s opening live performance was decidedly more ravey than reflective, sidebar conversations and phone usage were almost nonexistent. Craig and Moritz Von Oswald’s simmering dub techno worked the sold-out, 600-person crowd from standing, splay-legged with arms folded (the standard art-viewing pose), to unself-conscious dancing. According to Kivland, that is the desired effect, during both after-hours and regular museum hours. “I went to parties as a young person,” she says, “and I came from dance, so these collective gatherings are important to my understanding of experiential work.”

With Party/Afterparty, Kivland hopes more American institutions feel empowered to “consider how one can embrace other art forms.” With a few exceptions, like the Museum of Modern Art’s 2012 Kraftwerk retrospective, American high art institutions have been slow to embrace electronic music as an object of canonization and contemplation. It’s far more common to see these types of exhibits in Europe, like Steve Goodman’s ongoing collaborations as part of Audint, Nicolas Jaar’s Shock Forest Group project at Amsterdam’s Het HEM, and Dasha Rush’s multidisciplinary A/V installations in Berlin and Paris.

Another such example is Electro, a traveling exhibit that envelops attendees in the history of electronic music, spanning from Kraftwerk to Daphne Oram and the Chemical Brothers. It premiered at the Philharmonie de Paris last year and was supposed to open at the London Design Museum in April, but due to the pandemic, it has been delayed until February 2021. “The exhibition is inspired by my specific experience of being a raver at the beginning of the ‘90s,” says curator, journalist, and critic Jean-Yves Leloup. Before it closed in 1996, the American Center In Paris hosted Electro’s precursor: Global Techno, which shares its name with a book, blog, festival and radio show hosted by Leloup around that same time period.

Unlike stateside museums, European cultural institutions have maintained a decades-long history of supporting electronic music that isn’t necessarily avant-garde or in the fields of sound art and design. “This underground music has always had an audience among art and fashion people,” says Leloup. “There has been a link between the art and the techno or electronic scene in France since the beginning of the ‘90s, so it’s quite a long history.”

That’s not so much the case in the U.S., says Kivland, where techno has been unfairly “siloed” as the exclusive domain of the music industry by visual arts gatekeepers. “Techno is a significant cultural movement,” says Kivland. “It’s very much tied to the history of Detroit, the machine aesthetic as well as the labor movements, and yet it’s been misunderstood by a lot of people.”

Simone Merli of New York City and Berlin’s Soundwalk Collective also agrees that this amenable attitude towards risk-taking is more characteristic of European museums. Like Craig’s sound design, the entryway they envisioned for Electro–transformed into an “evocative tunnel dimension of sound” from 150 raw recordings gathered around the Philharmonie de Paris–was rooted in the architectural resonances of the exhibition’s building. Such an experiment might not have been possible in the States. “We do some installations here in the U.S., but they tend to be less exploratory, or it’s a bit more classic and conservative,” he says, citing the geography-focused nature of their work. “Not necessarily because we’re told to do it that way, it’s just how we relate to the institution in this specific location.”

One of the most defining features of these kinds of electronic music installations in visual and other high arts spaces is the possibility for audience cross-pollination and intergenerational learning opportunities, both of which can manifest in unexpected ways. Soundwalk Collective, a sonic presence at arts institutions like the Venice Biennale and the Louvre Abu Dhabi, has made multiple albums with fellow multidisciplinarian Patti Smith. “Stefan [Crasneanscki] met her on a plane some years ago, and they connected instantly,” Merli says. “She allows us to also explore territories that we wouldn’t really do otherwise.”

Before Craig and Von Oswald’s performance on Saturday, a smattering of Dia:Beacon patrons wandered around Party/Afterparty, standing stock-still at various points in the room to fully absorb the shifting sonics. They murmured approval or puzzlement respectfully as the music wound up to its apex like a pot about to boil. When the beat dropped, a little girl shrieked and ran across the room, joining her sisters in ecstatic dancing to 130-BPM techno, while their father watched over them, bobbing slightly on crutches. It was an odd and incredibly touching tableau.

“I know there’s lots of questions like, ‘Why Dia? Why Carl Craig? What is it going to be like?’” Kivland admits, “but also the response so far has been incredible. There’s so many people out there that are so happy to see it in this context.”

Carl Craig: Party/After-Party has been extended through summer 2021 at Dia:Beacon. Watch a video feature on the pioneering techno artist below. 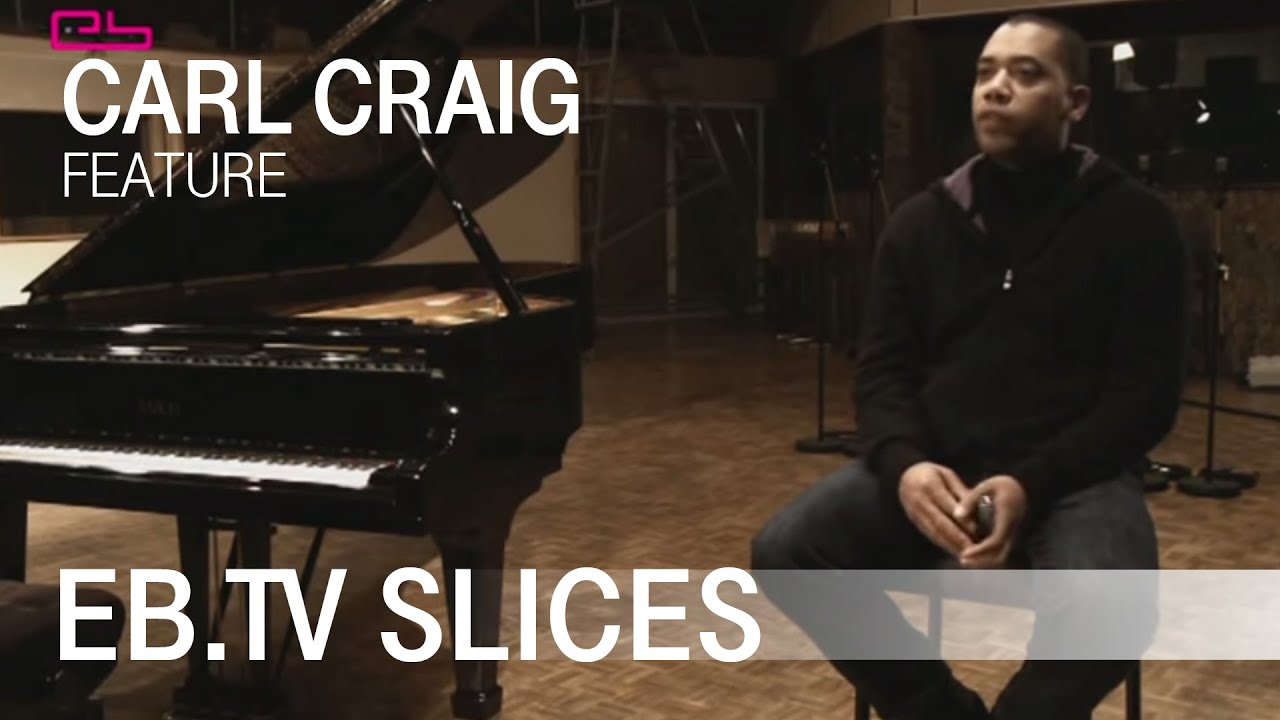 Harley Brown is a freelance writer living in Brooklyn, NY. Her work has appeared in publications like the Guardian, NPR, New York Magazine and Billboard.