“The world needed Franz Liszt to understand that just performing great music is never enough,” waxed Chilly Gonzales recently in a posh Berlin hotel room. While Gonzales’ connection to the spectacle-attracting 19th century composer is well documented, few people know that the Canadian-born entertainer cites none other than former tennis star John McEnroe as the source of his polarizing stage persona. “Like Liszt, McEnroe belongs to those who don’t believe in eternal rules—and eventually change their respective playing fields.” On his new album Chambers, Gonzales has chosen to dedicate a song to tennis’s iconic former enfant terrible. Max Dax found out why.

“John McEnroe to me was always more than just a tennis player: he was a transformational figure. I’ve always been interested in these kinds of characters. When I played chess my hero was Bobby Fischer; for the piano it would have to be Glenn Gould; and for rap, it’s Kanye West. These are people who came along and brought such a radically different view to their genres and disciplines that they must be called game changers. Just when the world thinks that they’ve already seen everything, suddenly everybody is forced to recalculate.

John McEnroe invented a new way to serve by turning his back toward the net so that he’d hit the ball diagonally. I remember that after the first time Ivan Lendl played McEnroe, he famously described the technique as “serving around the wall.” Other tennis players compared McEnroe to a sniper on a roof, because he angled his shots so differently. Put yourself in the position of a successful professional who’s played and studied the game all his life like, say, Björn Borg. For him, confronting McEnroe for the first time must have been intimidating. No, it must have been terrifying. But it also must have been exciting, because he was witnessing a mini revolution. I was eight years old when I watched the famous Wimbledon finals on TV between McEnroe and Borg in 1980. It blew my mind and made McEnroe my hero. I suddenly understood that tennis could be a transcendental sport. It has a rhythm that can hypnotize.

Indeed, I love John McEnroe so much that I even dedicated the song “Advantage Points” to him. The first part contains all the intensity and brutality of the sport, whereas the second part waltzes along in 3/4, reflecting the moment when McEnroe and Borg were floating in their game. That’s when time stops and when tennis becomes art. Good sports are defined by such moments—that is, when the game transcends competition to expose something like a parallel conversation. Which brings me to the aspect of time. Time is special in tennis because it’s one of the only sports in the world where a match ends only when there is a winner and not after a certain timespan has elapsed. Theoretically, a tennis match could go on forever. Plenty of extremely long matches have stopped due to the onset of nightfall, only to be continued the next day. Imagine Björn Borg waking up in the morning and realizing that he has to go face McEnroe again, to confront the nightmare of a never-ending tiebreak.

Of course, I also love John McEnroe for his aggressive outbursts and love for McDonald’s. All game changers seem to have their undeniably neurotic sides. I personally think that the scandals surrounding characters like McEnroe and Bobby Fischer were important to create a perceived depth. John McEnroe without his eruptions would just be another successful player, like Jimmy Connors or Ivan Lendl. It’s not enough to have an impact on the game. You need to cultivate a larger-than-life version of yourself and part of that is certainly an illusion of depth.

Naturally, most people remember McEnroe for his fights with referees. But I doubt they know that he invented the serve-andvolley style—serving and then immediately rushing the net. It took the tennis world ten years to realize that a single player had reinvented their game. Ultimately, I would go so far to say that my Chilly Gonzales persona wouldn’t have been possible without John McEnroe as a role model. It’s from him that I learned that reinventing the world of music isn’t enough. I had to wear a bathrobe on stage and yell into every microphone that I am the future of entertainment to make the people understand who I really am. If everybody learned from John McEnroe, we could all become larger than life.” 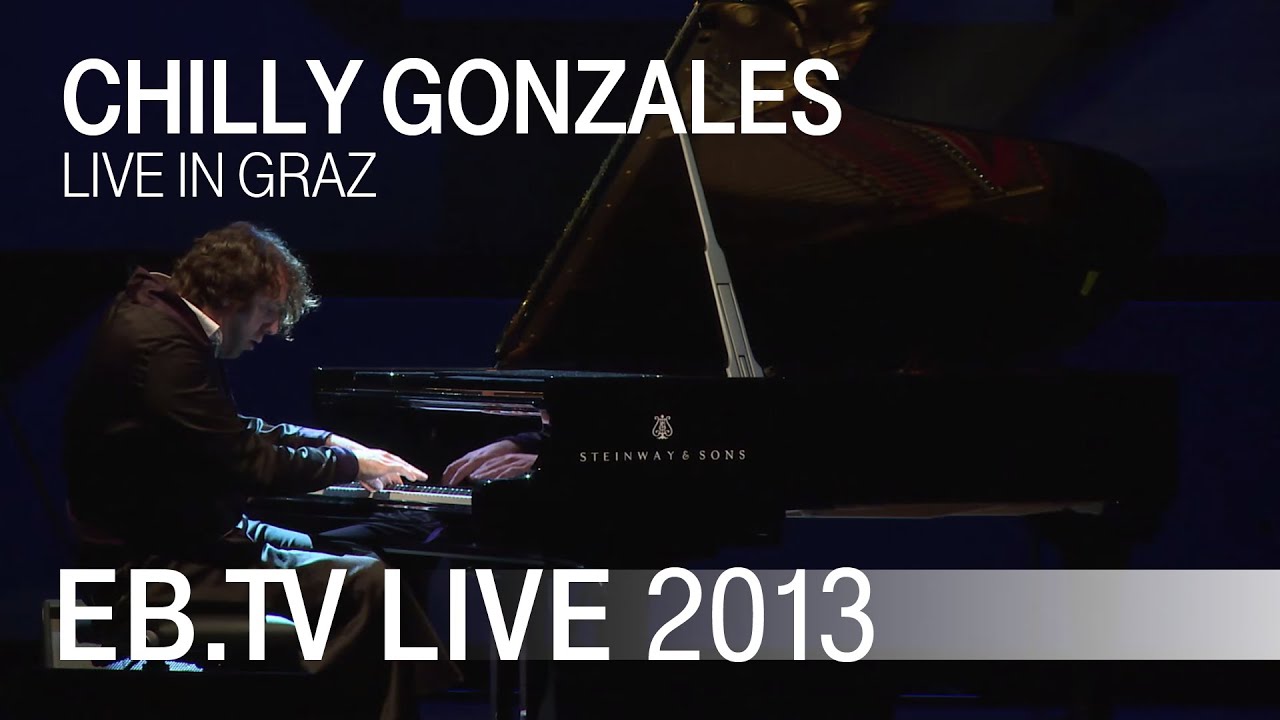 This article originally appeared in the Spring 2015 issue of Electronic Beats Magazine. Click here to read more from this issue.