From the mid-‘90s to around 2000, Darmstadt had a really lively electronic scene for such a small city. People like Roman Flügel, Ricardo Villalobos, Losoul and Gerd Janson all started their careers here—Ricardo even did his renowned early parties here. The most exciting one was when he had Chez Damier play here in 1995 in an abandoned house in the woods near to Darmstadt; many people still think of that party as the best they ever attended. There was also a club here that was known all over Germany: Café Kesselhaus, where Ricardo used to play on Mondays, and after that there was a student-run venue called 603qm. But then in the early noughties there was a bit of a drought in Darmstadt’s club culture, and people seemed to miss something here. A few nice illegal clubs appeared, but there was nothing official where you could go in terms of electronic music regularly besides 603qm every now and then. The guys who founded Galerie Kurzweil, Alper Sepik and Juan Gravalos, wanted to fill the gap and follow in this Darmstadt tradition, so they opened a club inspired by the culture we had some time ago.

They used to run an unofficial club here for about two years, and after it closed, they went quiet and started to work on something else. They found a nice spot in a historic building—an old train station that was still owned by the Deutsche Bahn—they instantly knew that this was the place where they wanted to build their new club. It took more than a year, because they did the reconstruction and modifications all by themselves. The acoustics in the dance floor room were so awful at first that they had to put absorbers all over the 18-foot-high walls. Finally they installed a massive custom-made sound system by Bob Schweitzer Sound. I met them before they opened Kurzweil when they asked me to play at one of the parties they used to throw in random places in and around Darmstadt. Later on they asked me to help out with the bookings at the new club. 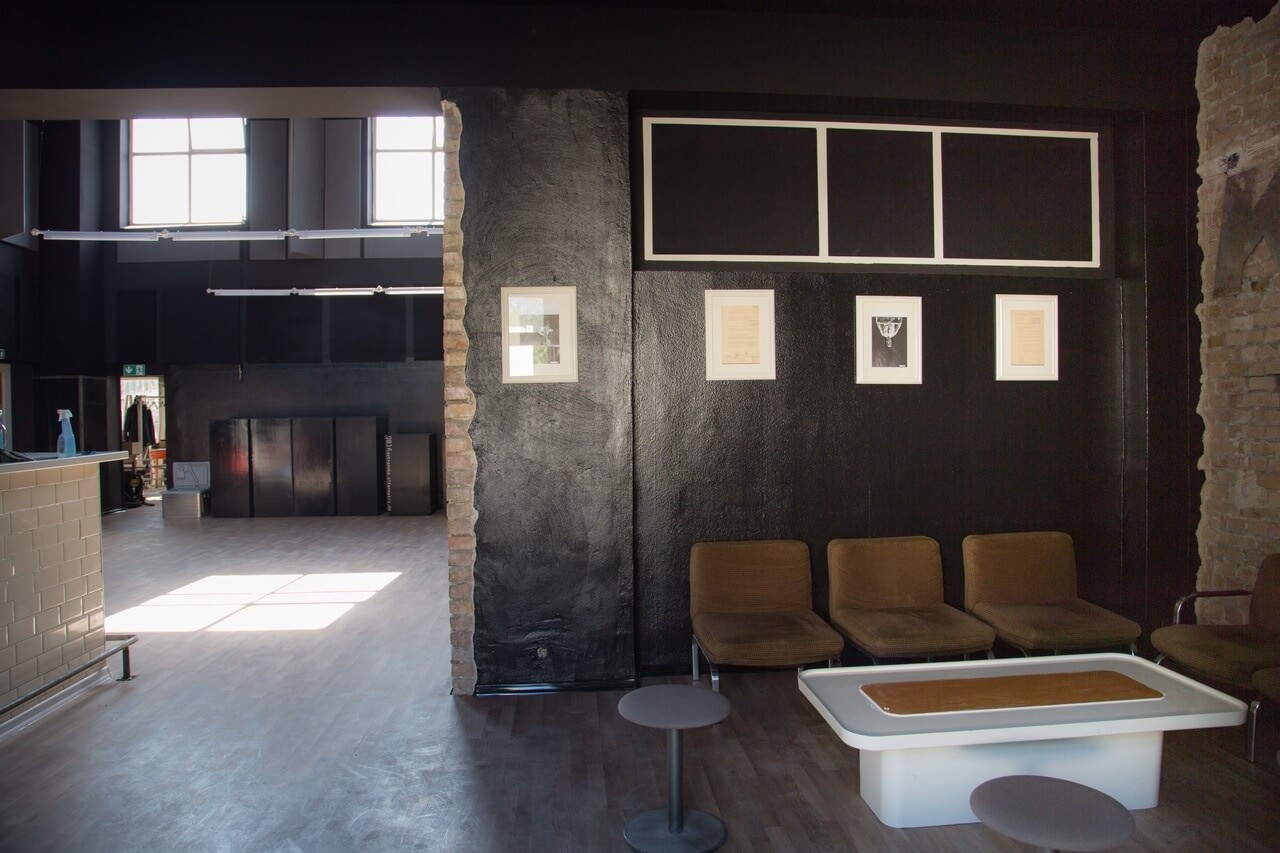 One of the main parts of the music booking philosophy at Galerie Kurzweil is that we want to put great emphasis on building a platform for young people who live in Darmstadt, to give them a space where they can express themselves. Of course, we also book artists we love. But the main thing is to motivate people around here. We’re looking for young folks who have a vision that you can instantly feel and recognize. I can’t believe how many people in Darmstadt are doing cool stuff and how good they are. Maybe it’s because we have a university for design here and a lot of students also participate in what we do at Galerie Kurzweil— both in music and artwork, as we also host installations and exhibitions in our place. We’ve done six or seven art exhibits already as well as a photo exhibition. Since we host the art in the same space every now and then, people can interact with the installations during a club night, especially the sound installations. The International Music Institute, which is also located in Darmstadt, held their biannual workshops for new music at Galerie Kurzweil in 2016 where, amongst many others, Efdemin was a lecturer.

There are a few other nice places in town where you can enjoy random events and music in Darmstadt, but they aren’t focused so much on electronic music in-depth like we are. There are also some illegal venues, and apparently 603qm will reopen in autumn. Since the official opening of Kurzweil was only a year and a half ago, we’re quite fortunate with the impact it’s already had on the local scene. There’s a certain lively, regular crowd that comes by the hundreds. I would say that about 5 to 10 percent of the people who come to Galerie Kurzweil might remember the old times of Darmstadt clubbing, so overall it’s a pretty young crowd. I’m always astonished by how young they are. But of course, that’s a good thing; many of them know about the old days from hearsay and they want to experience the same thing. 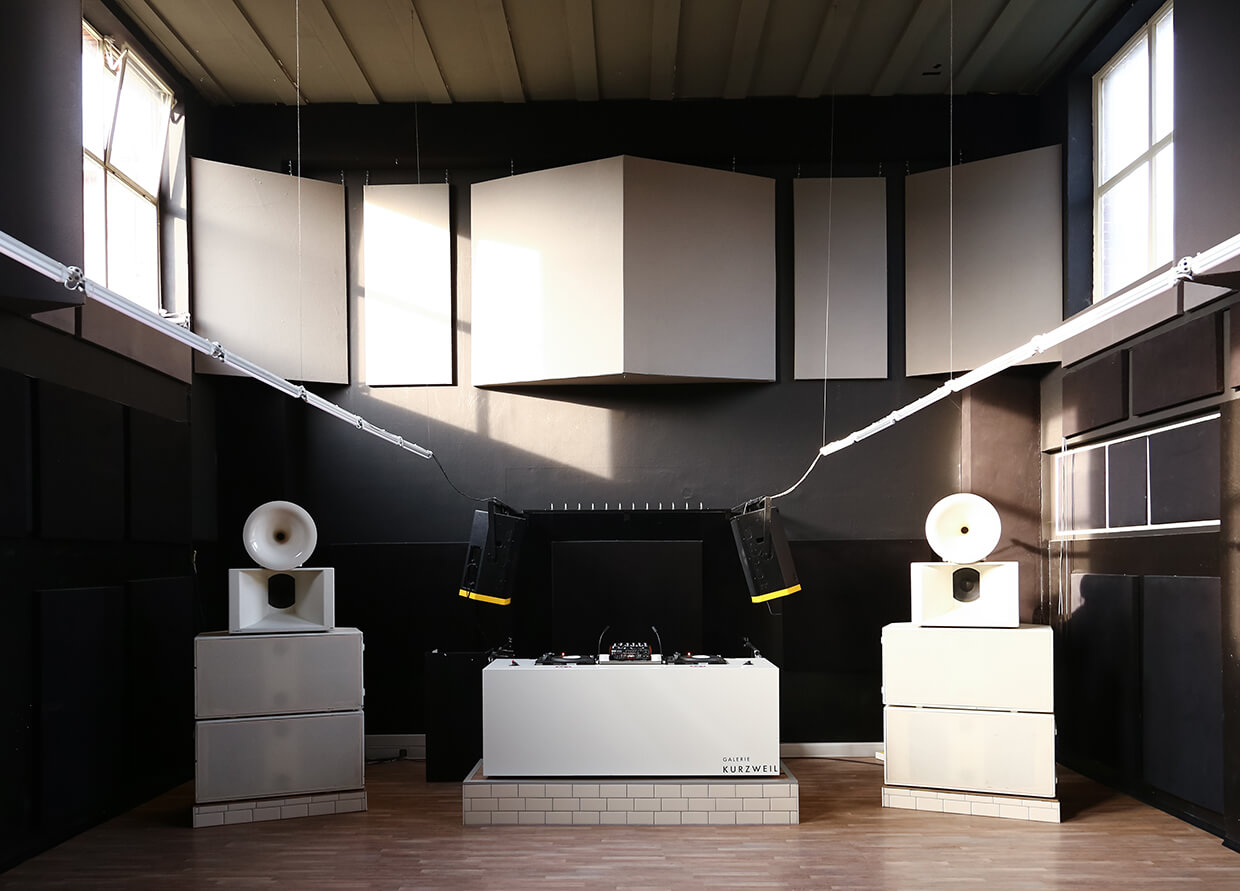 Telekom Electronic Beats will host a Clubnight with Chez Damier at Galerie Kurzweil on May 24, 2017. Find more information here.