Francesco Tristano and Derrick May have already shared a stage in front of sizable orchestras at festivals and large-scale concerts all over the world. Now the classically trained pianist and Detroit techno pioneer will embark on an ambitious new project entitled p:anorig, which places the focus back on their live musicianship via an arsenal of synthesizers. Furthermore, the album that materialized from their collaborative efforts,Surface Tension, is slated to arrive in November and marks the first studio recordings to feature May since the ‘90s. The duo sat down for a chat in Tristano’s studio to discuss the project in anticipation of their performance for Telekom Electronic Beats at Berlin’s Umspannwerk Kreuzberg on October 8. You can find the details for that show here. 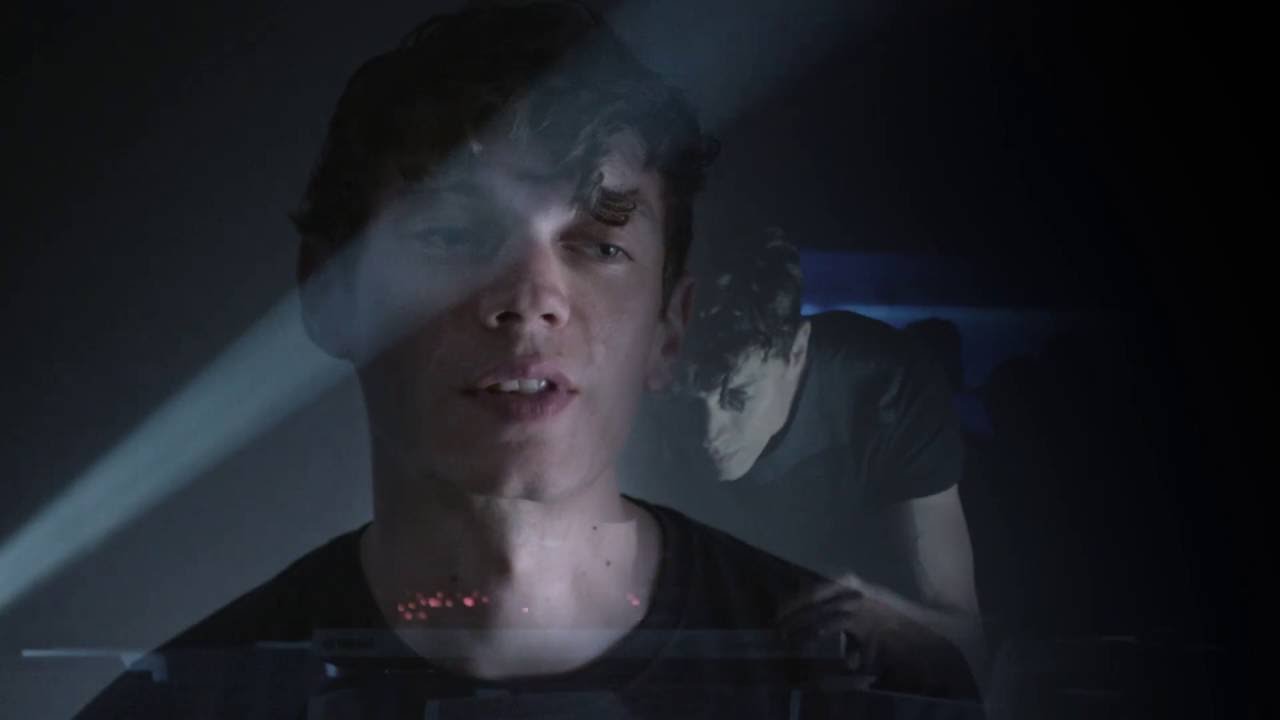 Francesco Tristano: So, we did our first test run of the p:anorig show in Barcelona this summer. It was very much in its initial planning stages. We had some technical issues, which were bound to happen, but now we’re excited to make a real show and take it to the next level.

Derrick May: I’ve got to say, Francesco: you were amazing. You were ad-libbing it the best you could for what seemed like an eternity. Gear was failing by the second, and you were more or less bailing water out of the ship as it was sinking with a crowd standing around you. It was impressive. I was in the corner, and I knew something was wrong because I said, “This is the longest intro of all time.”

FT: I thank you for joining me right away. You saw the Titanic was sinking and you said, “If it’s sinking, it’s going to sink with me.” So you just jumped onboard and we did the show together.

DM: My keyboard playing is rusty. That was a moment where I had to do whatever I could, and we managed to pull it off. I think maybe a few people were disappointed, and that bothers people like us because we don’t want to do anything less than our best. The soundcheck was the shit.

FT: The soundcheck was the show, really. Then, one of the location’s engineers unplugged our setup, sending 48 volts in to the PA. The whole power was different, and there were limiters and compressors that we didn’t hear before, so we couldn’t really understand what was going on until after the show.

DM: Somebody peed in the toaster—but if it didn’t happen then, it surely would have happened later. We were put in check, and that’s really important. It gives us the opportunity to make sure that shit never happens again.

FT: It’s the problem of it being an ambitious project, and that was part of my nervous state, because it’s a unification between the music, the lights and the space. It’s a full-on production. It’s been over a year in the making, so you need to have some kind of training before taking it to the big stage.

DM: There’s a big concept behind the show, after all.

FT: Exactly. The basis is obviously the music that we’ve recorded over the past eight months here in Barcelona and at your place in Detroit, which is going to make up the new album on Transmat. The thing about a live set compared to a DJ set is that, if you’re in the audience, you don’t really know what’s going on if it’s not shown correctly.

DM: That’s why I have a problem with the live thing. When you do a live show you need to be present because people don’t know what the hell’s going on. Did you know that Giorgio Moroder never did any concerts? We’re talking about the guy that made all the music for Donna Summer. Back in the day, people who made electronic music didn’t do concerts.

FT: Actually Derrick, you’re in a way responsible for this live performance concept. I perfectly remember last summer we were playing in Northern Ireland, and I was playing before you. You came on and said, “Yeah, nice show man. But it’s a shame that nobody knows what you’re doing.”

DM: I wasn’t happy about that. You were sweating your ass off in an uncomfortable environment

FT: I had three keyboards and drum machines in a cramped DJ booth not designed to hold all this equipment. People weren’t really aware of what I was doing. You said, “You gotta change this, man.” So I said, “Let’s re-think the whole set up.” The thing about keyboards is that you have these ugly stands, right? So we decided to build a rig for all the keyboards and make that the installation. We needed something that makes it clear what the people playing the rig are doing. We wanted to be naked in front of the audience.

Because I’m a pianist, the studio thought of this idea to build the rig based on a piano frame’s shape. I thought it was funny to call it the “p:anorig” because there’s actually no piano in the show. Step two was to get the lights going. The artist who is doing our lights, Mao Margoa, found a lot of inspiration in the space between the pillars of the p:anorig structure. He said, “I’m going to work with the shadows, not the lights.” Now we have unified all these elements and the music is defined. The most exciting thing, though, is that I managed to get you back into the studio. 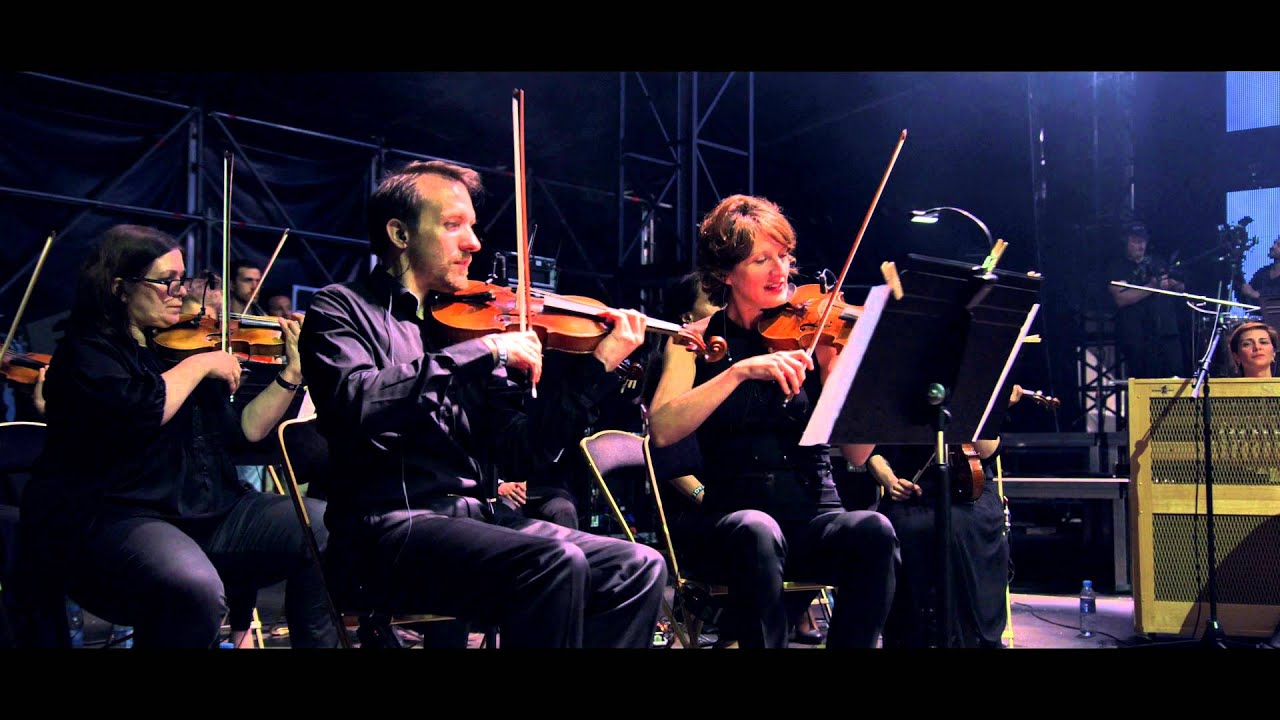 DM: It’s a different thing for me because it’s not a project that I’m leading—it’s a project that I’m working on. It’s been great to make something that reaches out beyond the dance floor to the abstract side of music. It gave me a chance to work out my demons. I’m not trying to be Mr. Rhythim Is Rhythim Derrick May. I don’t have to think about my superhero alter ego that I can’t ever beat. This project allowed me to go in and have fun and not think about him.

FT: I talked about this with several people and they asked me, “How did you get him in the studio?” But actually it’s very easy because you’re a musician. All you need is some keyboards, and you go crazy. You just want to play. It was my responsibility to make sure that the record button was on before you started playing, even though you were saying, “Don’t record this yet! I’m just trying to figure out my sound!” Of course it was all recorded. I had the feeling that once we were in a friendly environment, in the studio, we could lock the door, turn the synthesizers on and just roll. In many ways it was like this conversation: we were just throwing ideas at each other. We didn’t even work with rhythm in any of the tracks until March. The music came first. That’s your idea.

DM: The drums become like a bonus. You make this cool-ass shit without any drums. Now you’re just gonna add these drums, and then shit—this is whipped cream on my goddamned dessert!

FT: I learned so much from you. A lot of novice producers start out with a heavy beat, but that heavy beat leaves no room for chords, bass, harmony or melody.

DM: You start getting high on your own supply. You get a little beat and a bassline, and you’re happy. You think, “That’s it! I’m done!”

FT: And we were quite the other way around.

DM: Nothing was planned other than meeting in the studio here and at Transmat in Detroit. It was a lot of fun, easygoing and experimental. This is not about trying to change the world; this is about two artists doing something for the love of the music and having a great time doing it.

FT: It was obvious that if we’re going to go on stage together, we’d need some new tunes. We’re not going to play “Strings Of Life”. I love “Strings Of Life”, and I’m sure you do too, but that’s been done. Instead, the idea is that we use a lot of gear: Yamaha stuff, some Dave Smith, Moog, Roland and some Korg. I remember during one session we were listening to Yellow Magic Orchestra, and you said, “Check out this album cover,” because it listed every piece of gear used for each track. I thought that was such a cool thing. We said, “Okay, let’s use these synthesisers, and let’s try to get all the sounds out of them without having to refer to a thousand different reverbs and delays.”

DM: I got back involved with the Prophet 6. People always had this idea that Juan, Kevin and myself were locked into the TB-303 and all that. I never once in my life touched the machine. We were keyboardists. We never knocked anybody using the 303, but it was great to get in here. You’ve got everything. To come in here and get reacquainted with the old Yamaha gear warmed my heart.

FT: The keyboard has an instant musical feel about it. That’s how I relate to you, because I’m a pianist. I don’t own any modular stuff…

FT: I don’t own any of those wacky machines. Though we can try to reproduce them on the keyboard, of course.

DM: Don’t get me wrong—they’re cool, it’s just not my thing. I don’t eat my eggs out of a box, you know what I’m saying? I scramble my eggs. I don’t just put water on my fucking eggs! 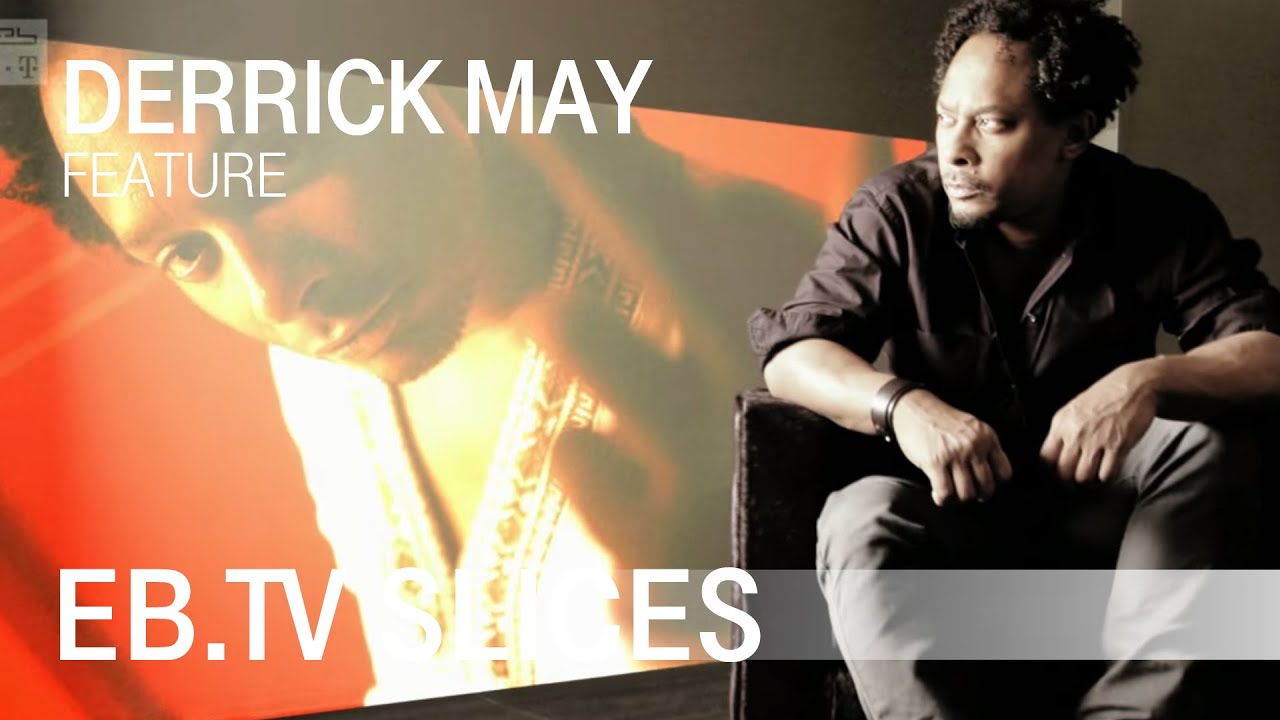