In our latest artist-led guide, pedigreed dance floor duo JETS sheds insight on what makes for a successful collaboration between two independent musicians. As members of a production pair themselves, JETS’ constituents—Ultramajic label boss Jimmy Edgar and Ninja Tune affiliate Machinedrum—have proven qualified to offer some helpful tips about how to combine sonic visions for maximum effect. 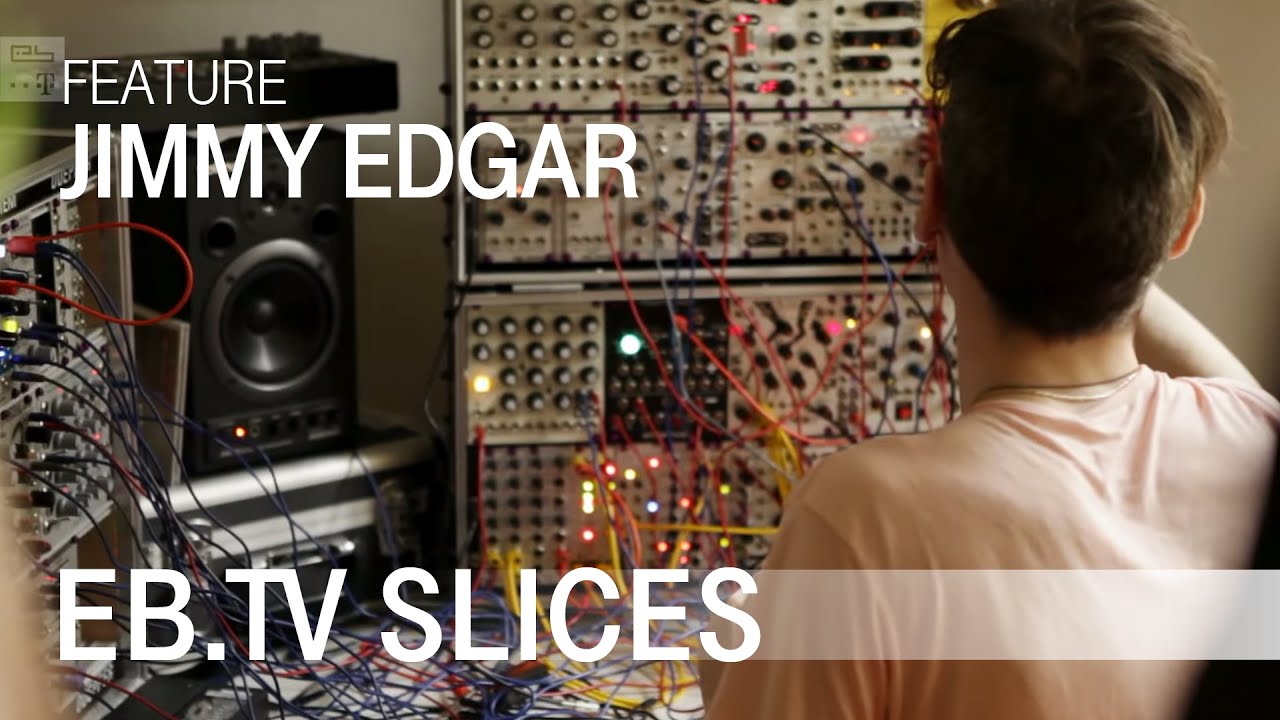 Trust is one of the most important pillars of any successful collaboration. It’s really easy to get stuck in the same habits when working by yourself, so it’s important to trust your partner and allow them to make creative decisions that you might be uncomfortable with at first. Amazing moments happen when you allow the other person to do their thing. Trust doesn’t come easily; it builds over time. We’ve known each other for years. We met on a sweaty night in 2001 outside a club in Miami where two mutual friends were playing. Later that year, when we were 17 and 18 years old, we cemented our friendship and experienced our teenage wet dreams in Tokyo during our first trip abroad. That was the beginning of a long journey of building trust as friends, which eventually led to us feeling comfortable enough to begin working together. We think it’s important to be friends for a musical project, as we’ve both worked with people who weren’t necessarily friends with, and it generally never works out. First and foremost you should like each other, and that’s often overlooked, because when it comes to making money in business situations, friendship isn’t always a priority.

Collaboration is essentially a form of communication, and it severely affects the work when it breaks down. We always start and finish projects together and in person. When we go a while without working in the same space or even talking on the phone about our ideas, we tend to veer in drastically different directions, and usually the best thing to do is hop on a quick phone call to figure out exactly what needs to be done. A bunch of psychic stuff goes down when we’re in our creative zone. There are moments in the studio when we both have the same idea or notice something needs to be changed and just do it. Also, telepathy comes into play when you create an atmosphere of understanding and trust, so we both make it a point to say what we feel. We’re aligned by some magic, and most of the time when one of us wants to fix something, the other person is already working on it. JETS believes that the amount of focused and loving effort you put into an art piece is almost equal to the exponential growth the project will receive. It’s as if the musicians open themselves and people can peer in to see what kind of vibes they’re putting out.

One thing that we talk about a lot is our mutual respect for each other as musicians and artists. We’re fans of each other’s music, and as a result we really push ourselves to do our best when working together. We’re both trying to impress the other when we work together. Mutual respect can help facilitate greatness in collaboration because you more or less don’t want to let the other person down. We often play each other new music from our solo projects, which always influences us. In reviews of our records, people are always wrong about who contributed what to a track, which is interesting because it made us realize we were sort of channeling each other when making music. In other words, we wouldn’t step into the studio and do our own thing—we often do the other person’s style! Not completely of course, but the point is that stepping into the studio with that kind of respect leads to something powerful.

Make everything fun, because there’s no point otherwise. We wouldn’t be in the studio if we weren’t having fun 24/7, and we wouldn’t spend so much time away touring if we didn’t always have fun. If you have to struggle to find the fun, you may need to go back to the drawing board. We’re always joking around, and sometimes we even take the music in humorous directions. A lot of time we end up keeping it, because if it makes us laugh and smile then we consider it a success. Sometimes the best tunes result when you don’t take yourself so seriously and inject some joy and laughs into it. We’re lucky that we can make each other laugh and keep things lighthearted, even when we have crazy deadlines and limited studio time. It’s good to take breaks and watch some silly videos on YouTube or anything related to Tim and Eric, whom we consider comedic gods. It reinvigorates us and creates a lightened mood in the studio, especially during tense times with strict deadlines.

Environment is important for sure, but be careful not to let it stifle the creative process. We will always strive to improve our environment, but we also always finish tracks in hotel rooms. We have no problem using aux inputs in a TV or even laptop speakers. However we’re much more productive in a studio environment, as we can change roles constantly so that things don’t get too monotonous or exhausting. For instance, we’ll go for about 30 minutes with one person on the computer using software, making edits and staring at a screen, while the other person plays keys, works on a modular patch or just listens intently. Then one person will chime in and we’ll switch roles. It keeps things fresh and we can have super long studio sessions as a result.

Collaboration calls for adaptability. Be fluid like the liquid that fills your project “container.” We always like to check each other and not let egos get involved, and we often take turns letting the other person do what they want while keeping our ideas linear to the vision. There have been periods when we’ve lived in the same city and years when we lived continents apart. We also both lead very busy lives in our solo careers, and as a result it’s important for us to adapt to changes and be willing to make time to see projects through.

Have a vision, even if it’s basic. It can help you figure out what you wanna do, and it’s a lot more simple than it sounds. Most people do it anyway but it’s good to be conscious of it. Sometimes we like to describe music with other senses to get us in the mood. Alternately we imagine some kind of motion picture or video to go along. The idea is to establish a world and fully enter into it. Vision can come from inspiration, so we constantly expose each other to new music, art and film. Other times vision comes from more of a channeling process. We leave ourselves open to the collective consciousness, and that allows us to tap into universal ideas with our own take on it.

We’re constantly thinking of different ways to present our music. Sometimes we come up with very involved live performances that show off our abilities to perform on instruments and re-create our songs live. Other times we think it’s more appropriate, powerful and fun to do a back-to-back DJ set because we get to play new songs for the audience and each other. When it comes to mixes we like to think outside the box. Instead of throwing together a quick mix of whatever tunes we’re currently digging, we like to get a bit deeper. Due to our vast amounts of released and unreleased material, we find that it can be very powerful to only include these songs. We have also enjoyed thinking about mixes in a mixtape or beat tape style. It may be some time before the world sees the completion of a JETS album, so that may be the closest you’ll get!

JETS’ latest EP The Chants is out now on Ultramajic.