Essen’s Zollverein Coal Mine Industrial Complex (known in German as Zeche Zollverein), can be intimidating. The massive steel construction, formerly the largest coal mine in North-Rhine Westphalia, often aligns as perfectly symmetrical. Built between 1928 and 1932 and decommissioned in 1986, it remains a brilliant example of modernist architecture and now, thanks to die Kokerei, it’s also an excellent space to host epic parties.

On August 18, Telekom Electronic Beats and promotion outfit Baka Gaijin will team up to throw a party with sets by the likes of Objekt, Ben UFO, Shanti Celeste and more to shake the bolts and screws of the almost 100-year-old monument.

The mine was the centerpiece of Germany’s industrial core and declared a UNESCO world heritage site in 2001. Separated into two areas—Zeche Zollverein, the mine itself, and Kokerei Zollverein, a coking plant—its sprawling campus hosts museums, a swimming pool, jogging concourse and a variety of other community resources and spaces for social interaction.

But in the last few years, it’s played host to a different kind of culture than it may have initially been intended for: underground dance music. Bringing names like Ryan Elliot, Avalon Emerson and Bambounou, Alexis Fallias and his Baka Gaijin crew have reinvigorated a previously dormant energy both inside and outside of the concrete halls of the space.

“The venue is totally unique,” says Fallias, who, with the team at Goethebunker and the artistic director of Fabian Lazarzik from die Kokerei, began throwing the first parties inside the space over three years ago. “If you ask me, it could be one of the best clubs in Germany if it had regular events.” 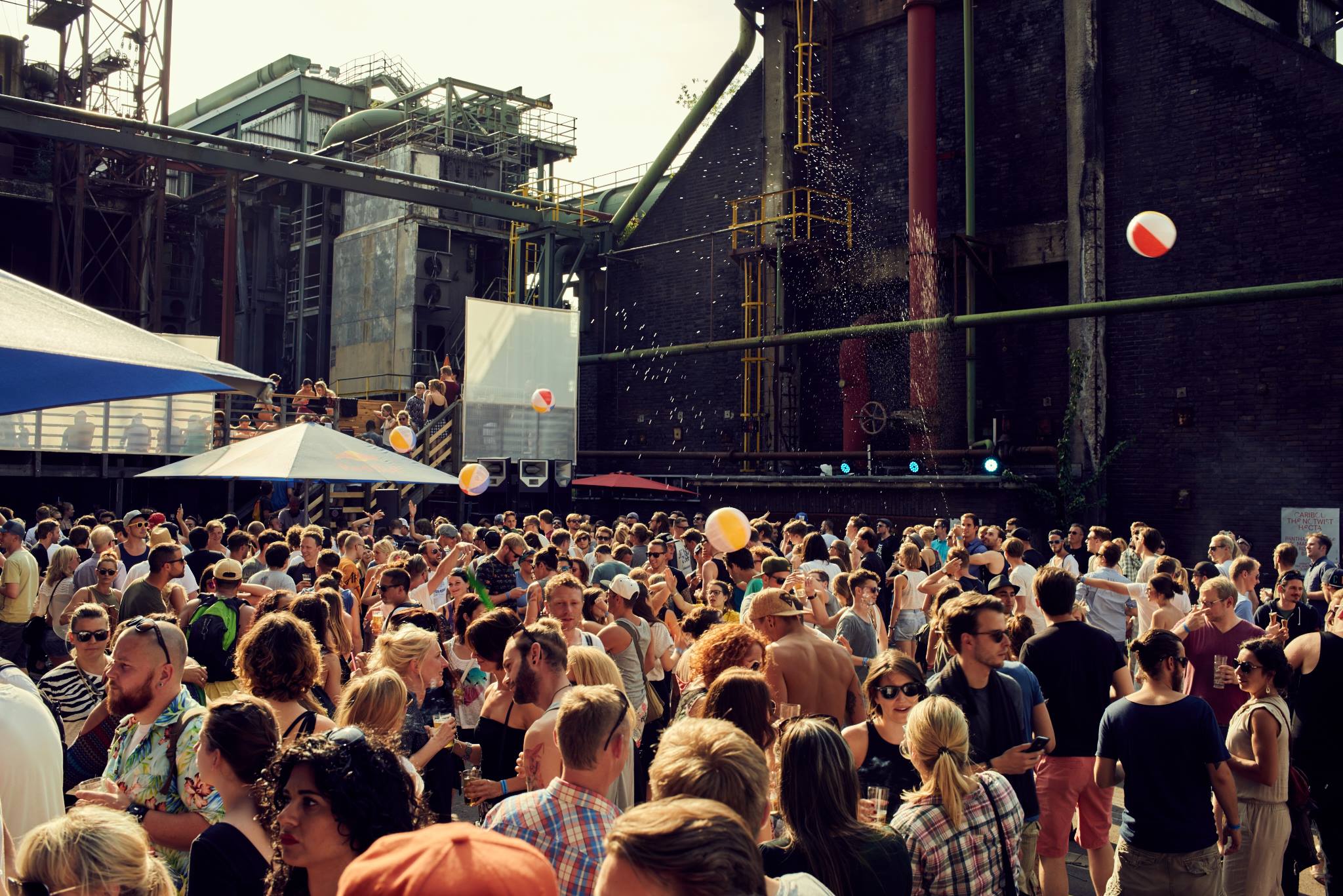 In a city like Essen, which has established a growing and stable dance music community, there aren’t many spaces for legal, established club culture. That makes the use of Zeche Zollverein all the more important. Outside of Essen’s city limits, the club’s role becomes even more critical.

Kokerei Zollverein’s Mischanlage—the indoor space and former coal processing point—is one of the complex’s most unique spaces. With multiple floors of concrete atriums and long, dark corridors, it can be illuminated to appear as large or small as necessary. During the mine’s operation, it was a center of work life for the mining community. Today, aside from the occasional party, it hosts a yearlong exhibition on the mining heritage of the surrounding area called, “The Age of Coal.”

“This exhibition particularly is very important as this is the year that the coal industry will stop in Germany,” says Lohmann. Although it’s serving to also halt the flow of parties this year in the Mischanlage, it serves to testify that change is coming to the forefront of culture in Essen and North-Rhine Westphalia at large.

But in any scenario, only a portion of the Mischanlage space is permitted for cultural use. That leaves more idle space than used space, in a location that could become one of the most intense and noteworthy clubbing platforms in Western Europe.

“Both venues, in my opinion, don’t need big headliners because the venue is the headliner,” says Fallias. “After I picked Ryan Elliot up from the airport, when he saw the venue, he said it reminded him of his hometown in Detroit.” 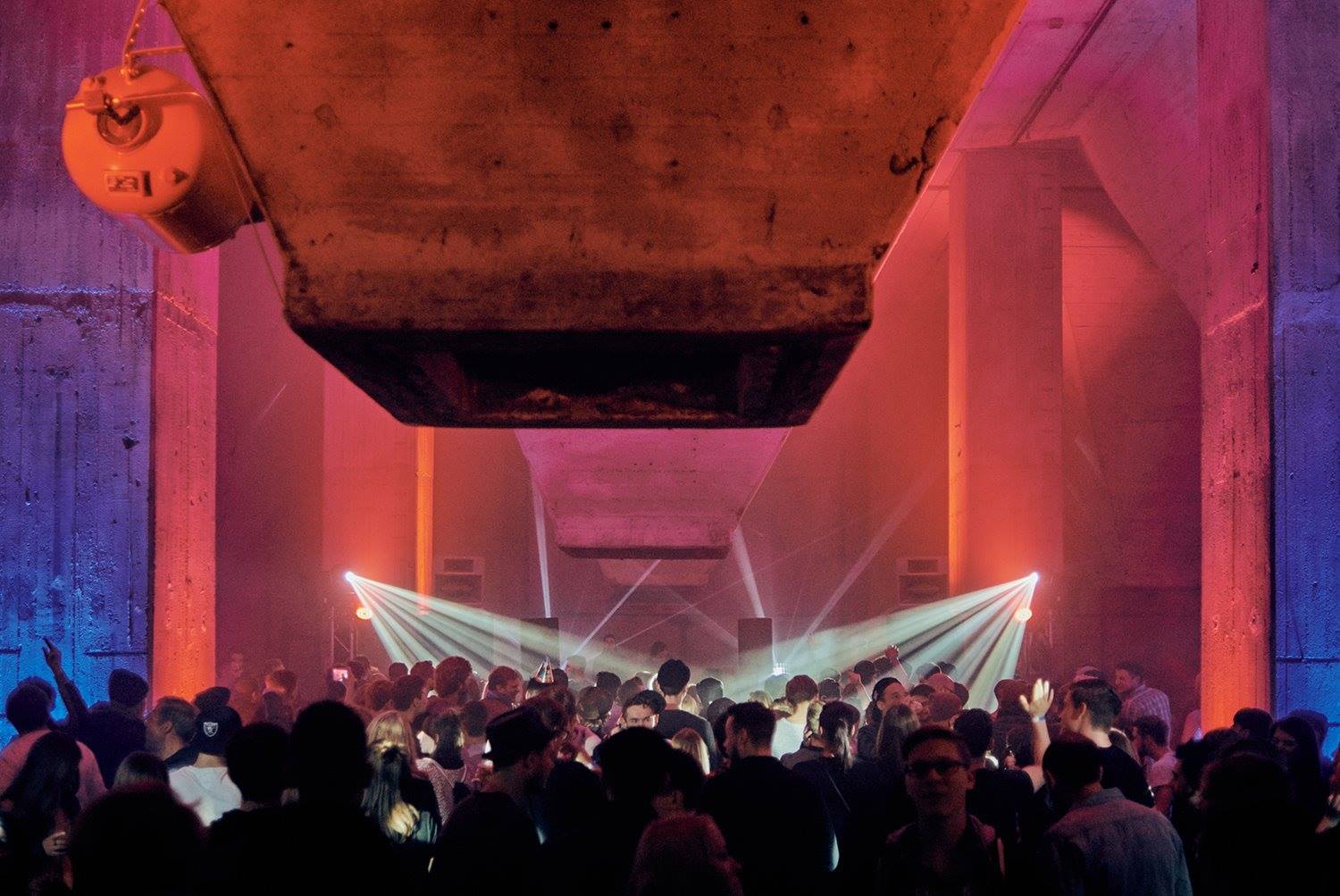 But unlike illegal parties in Detroit, throwing an event at Zeche Zollverein requires a big budget for security and the sound system—things organizers can rest easily about if they’re working in a typical clubbing environment.

“It’s very difficult to make parties there,” assures Fallias. “It’s not so easy, so the risk is too high, but it’s definitely the most unique venue in our area.”

The heritage office hasn’t made any moves to provide a more constant stream of club culture at the Zollverein. But the potential to change that proves the interest is worth the work. In the future, Germany’s former capital of coal could begin to harvest more of the country’s other underground culture.

Essen has shown it has the spaces and the people. The only thing left to do is to bring them together.

“I think you can throw a maximum of three or four parties a year there,” he says. “It’s a heritage site and they want to protect it.”

Preservation and protection remain key vocabulary for the heritage office as well as those trying to host the parties. Organizers must oblige expensive security measures, décor and spatial limitations, in addition to lengthy organizational protocols.

“Before the coal mine was closed in 1986, it was already decided by the country and also by the cultural department of the land North-Rhine Westphalia that the building should be preserved,” says manager of Press and Public Relations for Zeche Zollverein, Hanna Lohmann. She says it’s a decision made “for the following generations, because of its special meaning to the region, and also because of its extraordinary architecture.” 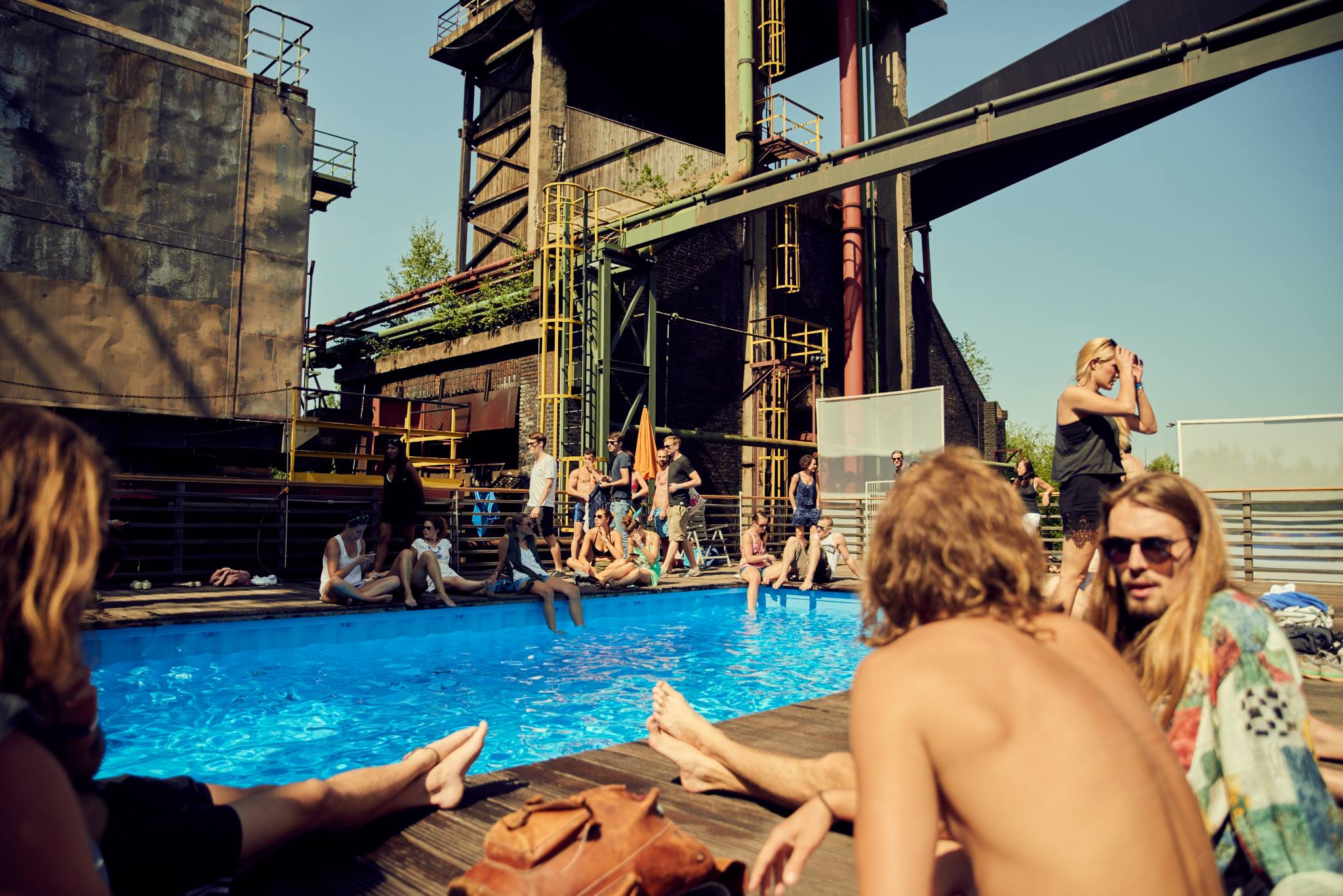 Antiquated traditions have proven difficult to circumvent for those modernizing the space. Hosting underground dance music events hasn’t always been a priority of UNESCO world heritage sites. Though, that’s not to say that there aren’t other spaces—like Ibiza’s Dalt Vila—used in similar fashions across Europe.

“There is a big risk in throwing parties there,” says Fallias. “Maybe that’s the reason that nobody cared to throw parties.” While the space may be brilliant, immense and novel, it remains an arduous process to establish a regular schedule of events at Zeche Zollverein.

That’s not to say that the heritage office is completely opposed to the idea of club culture on its grounds—it’s just viewed through a different lens. “We hope that Zollverein can be a meeting point for culturally interested people,” says Lohmann. “It can be an important site for the people of Essen,” she says, “and it can create a space that has new branches of cultural projects so that it can live on in the city.”

Read more: How an unlikely techno scene is developing just outside Berlin in Potsdam