The last time Jeff Mills spent this much time at home was about thirty years ago when he was busy establishing Underground Resistance. He doesn’t mind, though—he’s making the most of his time in lock-down in Miami, his home of three years. “I love being at home,” Mills says. “My largest studio is here, my family is here. It’s really unfortunate the reason is because of a global pandemic, but I kind of needed a break to be able to finish things from A to Z.”

Mills speaks in slow, considered sentences. His American accent is slightly diluted, a result of spending much of his life outside his home country, and he picks his words with deliberation, considering his responses from every possible angle. The man exudes intelligence and focus; and he applies that to all he touches. He’s curious about everything: outer-space, color, technology, the human condition. And since his rise to world techno domination in the ‘80s, he’s built a musical universe around fearlessly exploring those curiosities and new sonic frontiers. 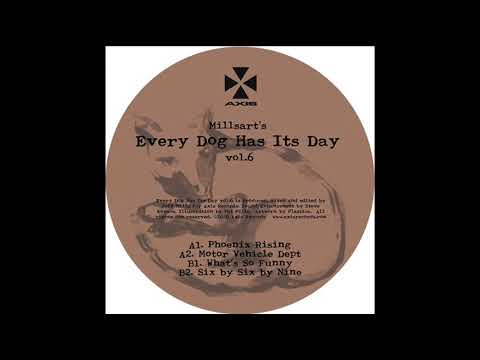 Mills is perfectly happy to stay home for a bit—it’s characteristic of him to see the sunny side to a situation, even one where his plans have been upheaved. When you work on as many projects as Mills does, not a single moment is left wasted. On May 14th Mills is releasing the seventh LP of his Millsart series, Every Dog Has Its Day vol.7 on Axis Records. Releases under the Millsart alias deviate from his customary 4:4 techno cuts and focus on a deeper exploration of electronic music, taking inspiration from multiple genres to build narratives, share experiences and tell stories. The first release in the Every Dog Has Its Day series dates back to the year 2000, and came from a concept Mills formulated with Mike Banks back in the ‘90s.

“We wanted to create something that was in contrast to what was going on at the time, which was rave music,” Mills says. “We thought we should create music that’s more for people’s lives and souls—not blistering, aggressive beats just for their bodies.” Banks and Mills took inspiration from early Chicago House, jazz, funk, pop. “From everywhere. And we created a style of music that’s based on a certain type of intimacy with the listener.”

Mills made the first four albums in about 18 months and stopped the project in the early 2000s after the economy tanked. Despite the obvious parallel to this moment’s economically anxious period, interest in Mills’ non-dancefloor-focused music has only grown, so he’s happily revisited the project, burying his head deep in the world of jazz (he pronounces it jahzz), and releasing an EDHID volume almost every month over the course of 2020.

Each volume is assigned a color. Vol.7 is purple, “which can mean extravagance, independence but it can also mean magic – and that’s what I’ve focused on.” Using personal narratives commonly found in folk and jazz, Mills has drawn from his own experiences to create many of the tracks. For example, in Paris Metro One he’s taken inspiration from the main train line in his European hometown. “It runs across the center of Paris, from one end to another. Exiting at any one of the stops is like stepping into a three-dimensional history book.” In the track Mills presents a sense of constant movement with erratic bass, frenetic percussion and eery synth.

The second track of the album, Precious Home, is about techno club Precious Hall on Hokkaido, an island in the north of Japan. “It’s almost like a church, like a shrine,” Mills says. “There is such a spirit to [the club] that it’s really beyond a beat.” Mills has created a track full of ethereal bells and keyboard percussion that reflects the ability of dance music to elevate the listener into another dimension, a journey we’re all too eager to join him on during this time of lockdown.

When Mills produces under his Millsart alias, he does so ‘intimately.’ He thinks of a specific type of listener and pre-empts their thoughts, feelings, reactions and emotions. “That person isn’t dancing – just listening,” he says. “I’ll let them hear the rhythm. Or I’ll use purposeful volume control, or unexpected lead sounds. I’ll make the music as rich in texture as I can. So there’s a lot of strings, organs, layering. Strange, resonant chord structures, percussion.”

EDHID is for the ‘mature listener,’ someone who’s absorbed electronic music for decades—much like Mills himself. “So they have a certain amount of senses embedded in their mind. I don’t need to put the 4:4 kick into a track, because they’re gonna put that in there themselves, using their imagination.”

This person, Mills says, has listened to enough music to know the difference between techno and other genres is very small. “Almost to the point where it really doesn’t matter. A good song is just a good song.” Mills feels that electronic music is a genre that should be ever-expanding which is perhaps why he feels frustration that the genre is often confined to a very limited formula and the reason he continues to draw influence from a broad musical spectrum in his productions.

Mills makes music for someone who listens to music without conditions. He doesn’t believe that music has to sound a certain way to be considered good. With EDHID he shies away from “blistering aggressive beats,” aiming to attract a mindful listener. This listener is just as curious and open to all genres as he is, undaunted by the exploration of color, space, nature and silence. This listener is simply open to the experience of music, and absorbs it as it is.

Mills himself exemplifies this type of curiosity in listening, emphasizing that he’s not turned off by something unexpected in a track. “I’ll give anything a chance, and if I don’t like it I won’t make a big deal out of it. I’ll just listen to something else. I won’t go and make a blog about it.” When Mills listens to music he approaches it with the same open, inquisitive mind in which he creates.

Post-Covid, Mills hopes electronic music goes in exactly this direction, moving from headline culture and packed clubs to a more intimate approach. One in which the music tells a story rather than simply providing a beat and rhythm to dance to. 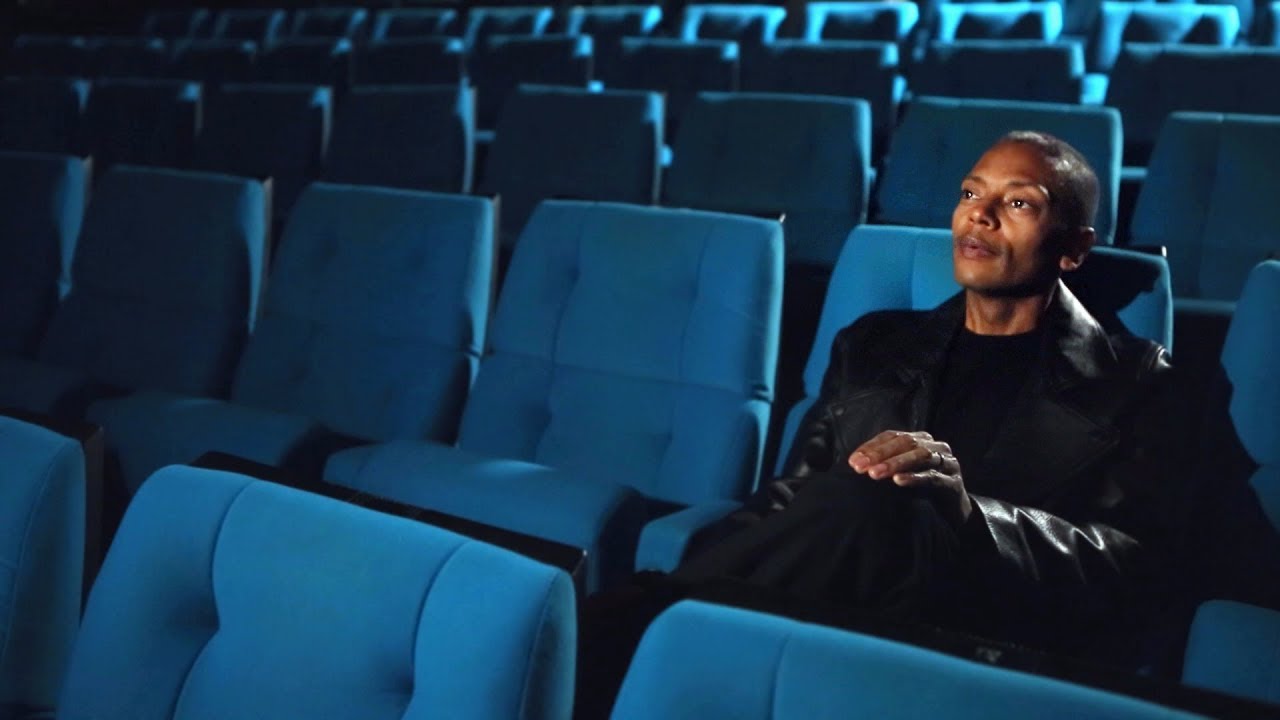 “To program synthesizers and drum machines takes only the skill of programming,” Mills says. “So in other words, you don’t need to know how to play piano to make dance music. If you’re a pianist and you make dance music, people should notice that. So electronic music could change to become something that speaks the same language as jazz or other genres.” Mills pauses for a second. “It could. Or it could stay the same and we’ll go back to what we were doing. But I hope not.”

Mills himself was close to going down the professional drummer route in his late teens. He since has used his influence to expand his chosen genre, collaborating with symphony orchestras, scoring films and performing with legends such as the late Tony Allen. Close listening is mindful listening, a concept not closely associated with techno, and when a producer with a classical background makes a techno track, Mills believes their deep, inherent knowledge of the intricacies of music will shine through.

Whether or not the rest of the community follows him, Mills will continue pushing creative boundaries and explore fresh avenues for dance music. A good example is his upcoming project The Beneficiaries, scheduled for release in late summer 2020. “It’s a very different album,” Mills says. “It’s a collaboration with techno DJ Eddie Fowlkes and Detroit poet Jessica Care Moore.” Mills wanted to address the lack of artistic collaborations in his birth-city and celebrate the creativity coming out of it. “We got together because we thought we should,” Mills says. “We wanted to mix our ideas together to see what we’d come up with.” The result is an electronic music album with jazz at its soul, full of maniacal percussion and futuristic soundscapes, all interspersed with Care Moore’s powerful poetry.

“It’s important to remember this is a very limited time,” Mills says. “Even though it’ll be long, it’s still going to be limited. So I’m doing the things I could never do if I weren’t home for this period of time – like making four or five albums in a set and scheduling them for release every thirty days. I would never be able to do this if I were travelling.” In times like these it’s comforting to look to the wisdom of an artist like Mills, whose musical career has lived and thrived through many global catastrophes. It’s true what he says—this is a limited time—and with releases as transgressive as EDHID, we may come out the other side with a transformed perspective on dance music.

Every Dog Has Its Day vol.7 will be released in digital format on Axis Records on May 14th.

Alice Austin is a freelance writer based in Berlin.

Published May 14, 2020. Words by Alice Austin, photos by Jacob Khrist.