Thousands of Australians gathered in Sydney this past Sunday, September 13, to protest a set of laws stifling local nightlife.

The rally, which was organized by resistance movement and collective Reclaim The Streets, was the most successful demonstration against the so-called “lockout laws” since they came into effect in February 2014. The measures restrict clubs to a designated central area in the city and Kings Cross excluding the Star City Casino, forbid entry and re-entry into venues after 1:30 a.m., prohibit alcohol to be served after 3 a.m. and restrict the amount and type of spirits on offer after midnight. As a result, many nightclubs have shut following a decrease in profits, pressure has mounted on small underground promoters to bring venues more income and violence has risen per capita (despite reports to the contrary).

The increase in violent incidents in Sydney’s downtown is cruelly ironic considering that the lockout laws were implemented in response to “king hit” incidents in the area, which refers to a sucker punch to the back of a random victim’s head. Following the death of 18-year-old Daniel Christie, who died after he was hit King’s Cross, Australian politicians scrambled to demonstrate that they were doing something to combat “alcohol-fuelled violence.”

The lockout laws have met vehement criticism from the local dance music community and beyond. In addition to crippling nightlife culture and industry, the measures have disturbed neighbourhoods outside the zone, particularly the historically gay-friendly Newtown district, where a transwoman was bashed by strangers in June. Locals also bemoan a convenient gap in the zone effected by the restrictions to accommodate the construction of an expensive casino, hotel and apartment complex funded by the famously wealthy Packer family.

While previous attempts within the dance music community to organise activism against the lockout laws have dissolved into what one local DJ called “rather dismal failures,” the Reclaim the Streets rally combined the efforts of various social groups and thus garnered serious groundswell behind the issue for the first time. Yesterday, the day after the rally, we reached out to local DJs, promoters and protest organisers—all of whom were reeling from the news that Australia’s prime minister Tony Abbott was ousted by his own Liberal party, which also broke on Monday—to get on-the-ground reports from Sydney. 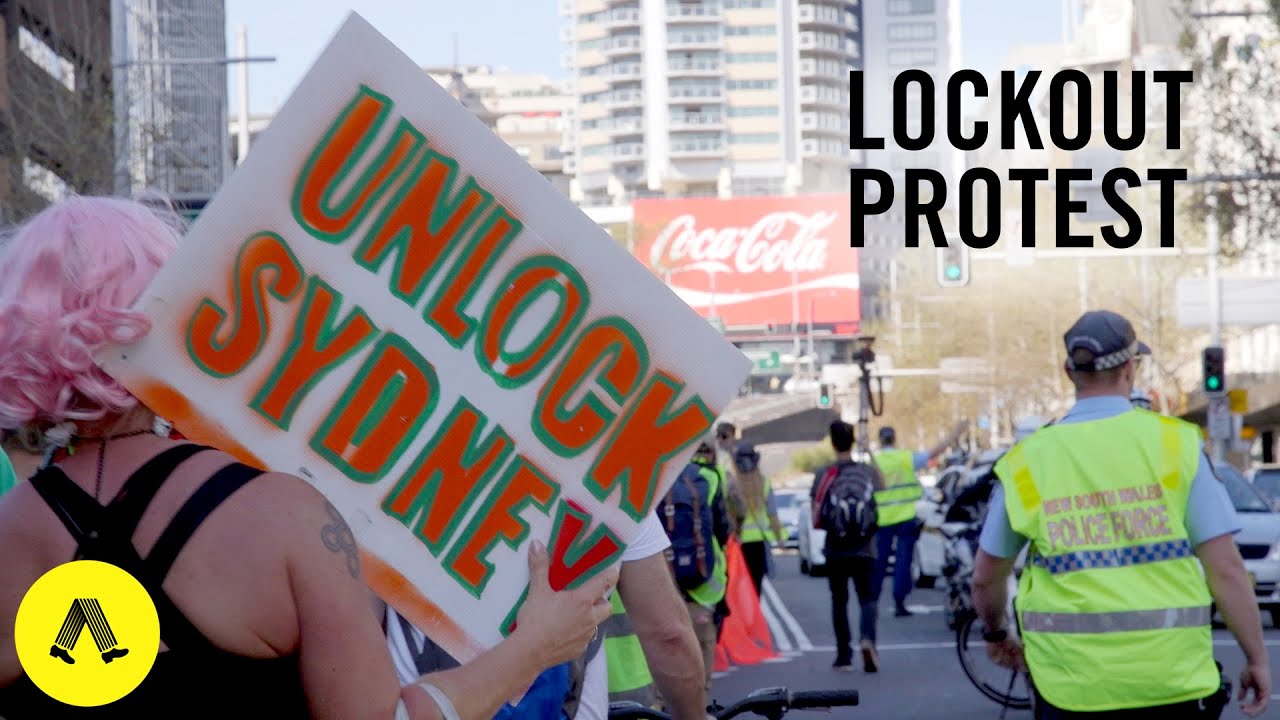 “Phil Smart, a local DJ hero, started an informal collective and chat group to pool resources and ideas to campaign against the lockouts after realizing so many promoters and industry members had attempted to create their own platforms to get support from their patrons. It made everyone look divided and without a clear sense of direction to tackle this. I thought it would be a good idea to have a party protest after a discussion with my dear old friend and king of the free party and illegal rave scene James of the legendary DSS and Channel Parties. He suggested that we speak to Chris Lego and Jason Marshall of Reclaim The Streets. That was on the 21st of August. I guess for those of us who have been involved in throwing free parties and breaking into warehouses for a long time, it’s just easy to do this sort of shit. It’s fun. These guys have it down like clockwork, so if you want something done, get the best there is to make it happen. They are the best, and I love them so much for giving Sydney a morale boost this weekend. Most of all, Sydney needed to know that there are some of us (even though they don’t know who we are) that are going to fight this, and they needed their morale boosted.”

“We gathered about 1800-2000 people and a bunch of mobile sound systems in central Sydney and took people on a tour of the neighborhoods where the lockout laws were imposed that ended in a free festival in the heart of the old gay neighbourhood. Reclaim the Streets has done events every few months for the last year. We have been fighting the Westconnex road project for a year now and wanted to defend our nightlife and right to gather and socialize—and to get out of our normal neighbourhood. I haven’t seen any other club music demonstrations of this size, so it seemed that it was a special occasion for everyone there, and it was much needed.”

“The event itself was great. I played on a mobile sound system, dragged by a number of ‘slaves’ about 2 kilometres from Hyde Park in the centre of the city to Taylor Square via Kings Cross’s famous Coca-Cola sign. At Taylor Square, all the sound systems converged for a rather messy soundclash, but vibes were good. The police were pretty relaxed; I saw a little derision but no aggression. There was a broad cross section of people who were mainly focussed on the lockouts and the effects they’re having on Sydney’s cultural life.

The laws were clearly a short-sighted political fix introduced to respond to particular events, and don’t truly address the real issues of violence, masculinity and alcohol abuse in our society. They have had some deep economic impacts on a small and specific sector that will find it hard to recover. Of course, the irony is that people will continue to go out, but it’s more likely to be at a friend’s house (while the folks are away) or a warehouse party or some other venue that has no security or responsible people. While all those places can be fun, I have a feeling that’s not what the laws were intended to encourage. Prohibition is generally dumb, and we seem to getting pretty good at it here in Australia, particularly in Sydney.”

“Reclaim the Streets was important because it served as a place where many differing tribes were fighting for one cause. The message was unified under, but not limited to, fighting the lockout laws, which have totally crippled nightlife and the music scenes in Sydney. As a performer and promoter I have run out of viable spaces to hold events. It completely slows down any development that can happen within a music scene. There’s so much talent within Sydney ready to burst, but there’s an obvious lack of support. Even with all the venues closing, we still have crews working to fight it. The many sound systems displayed at Reclaim the Streets represented various DIY crews within Sydney covering dub, electro, house, techno and drum ‘n’ bass. The protest was peaceful, yet there was a ridiculous number of police.That was pretty typical Sydney. Nanny State.

It’s not just the lockout laws we’re fighting, though. We don’t feel our government represents us. From treatment of refugees, the environment and of Aboriginals to the increasing fear of terror, wars and surveillance, our government is misrepresenting us. Many of our basic rights are being slowly eroded.”

“Good people who have worked hard to make our community greater have been unfairly punished by the lockout laws. Venues and businesses all over Sydney are closing as direct result. Taxi drivers, bar staff and other night workers have lost work hours. Promoters are struggling even more to find appropriate venues for events and parties, and the scene is stunted as a consequence. A broader community is being affected in hugely detrimental ways. We want our parties to be the best they can be, and there’s an intense amount of potential here, but there’s also the constant feeling that you’re fighting against a government that doesn’t care about your community or the arts in general. Perhaps the worst part is that our government’s lockout laws don’t address the real problem of alcohol-related violence in our society and does not provide any long-term solutions to this longstanding and deeply rooted problem.

I think people are now realizing that change will only come if we make our voices heard. And they have to be loud, ‘cos there’s so much noise in our town. Our government’s lack of interest in the arts is only exacerbated by their lack of investment in it. We now have a new prime minister. It seems a positive start to the change that needs to come, though its no doubt a long road ahead.”

Mad Racket will host Fred P on October 31 and Phile will perform in support of Rødhåd at the House of Mince x Charades party in Sydney on November 27. Cover photo via NewZulu.