What comes after nostalgia? We found ourselves wondering this question during HDMIRROR‘s set last year at CTM Festival’s now-storied Adrenalin gabber and hardcore party at Berghain, and during his time on the party’s associated panel at Humboldt University. The Berlin-based South African producer’s work provokes this kind of thinking thanks to its mercilessly maximalist aesthetic approach that, while sonically similar to genres like gabber and trance, could only exist in the present. Now, with a talked about set at Unsound Krakow behind him, and a handful of truly futuristic tracks ahead of him, we met with the enigmatic producer to find out what makes him tick.

Imagine: every bit of high-contrast rave imagery you’ve ever seen, complete with its colorful memorabilia, excess brand repurposing and post-apocalyptic imagery, all flying at you at once, flooding your brain like a serotonin-fueled sugar high, soundtracked by a web of dizzyingly complex, futuristic beats.

This is the sort of overwhelming, relentless atmosphere conjured by HDMIRROR. From his humble Berlin studio, the South African artist rips apart different shades of dance music and splices them together with a forward-thinking energy learned from an adolescence spent in and around Cape Town’s late-‘90s rave scene.

The result is strikingly contemporary music that sets him apart from just about every other producer working today. He deals in extremes, using “transformation through overload” and pure dancefloor catharsis to create a distinct vibe that recently landed him a slot at CTM Festival’s gabber and hardcore showcase at Berghain.

The music is a hard-edged, high-octane ride of digital sound design that’s been poured into various stylistic vessels—namely gabber and trance—only to overflow in a way that recalls the more aggressive work of rave pioneers like Aphex Twin and LFO.

But while the attitude may be similar, the actual sound of his music differs from his stylistic predecessors. In most cases, the analog warmth and melodic structures of ‘90s IDM have been replaced with obtuse digital sounds that pop into different areas of the frequency spectrum, like PC Music cranked up to gabber speed.

This might seem like a lot, but HDMIRROR’s music is maximalist in a carefully orchestrated way. Most of his projects are based on genre studies where he deconstructs and reshapes the elements of established forms.

“You take a certain theme, then take it to the maximum,” he says of his approach. And it can be heard quite easily in the music on his Avant Trance mixtape. He takes trance leads and masters them so that they sound as loud as an entire track would normally be. “In a way, it’s really minimal,” he explains. “It sounds really maximal, but at any time there’s really only two or three sounds playing.”

The mixtape is comprised of what he calls “whole edits”. These are total overhauls that build off a previous track’s core idea while still deviating completely. Avant Trance uses lead melodies like heavy walls of sound, letting familiar moments of famous trance tracks fight to break through the cracks—like Sarah McLachlan’s vocals from Delerium’s “Silence”. 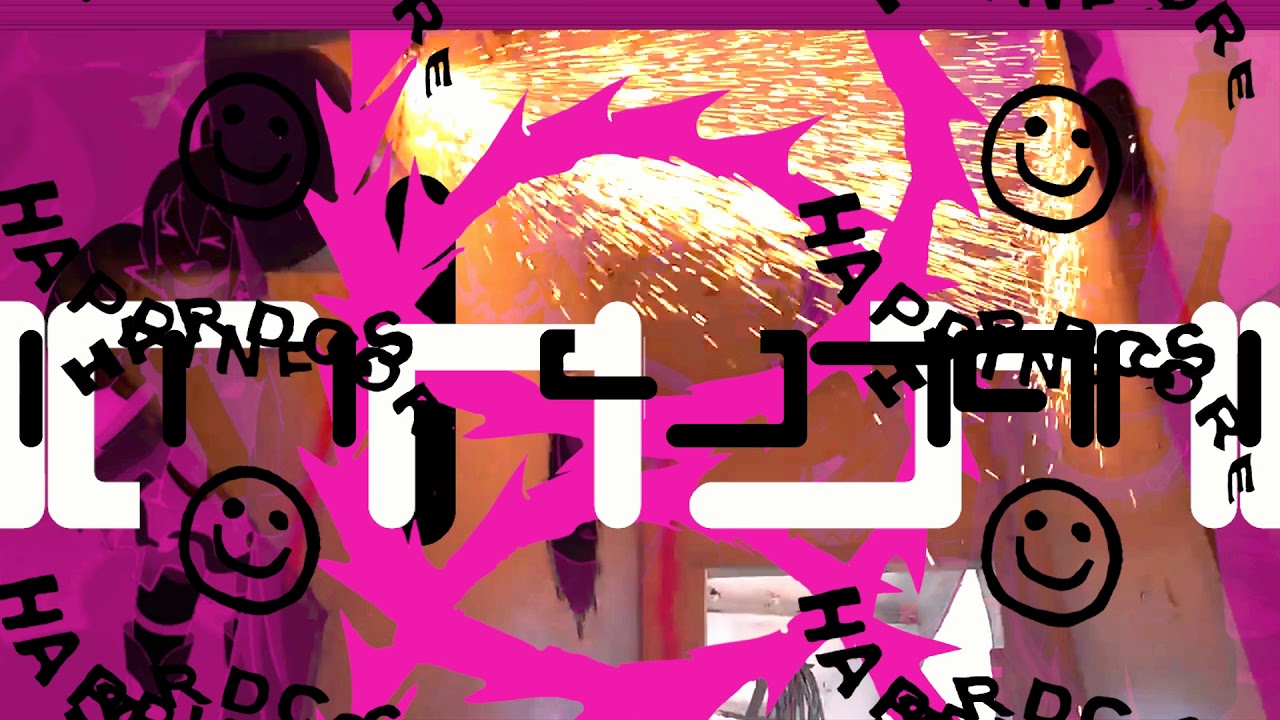 So far, each full-length HDMIRROR release has been a complete departure from prior works. On each project, he tweaks and mangles a different musical aesthetic. His tracks have an accelerated feeling, like they were crafted under intense pressure. When asked about the speed of his output, he responds with what sounds like a mission statement, “I’m going for a very modern sound that considers the reality of the present.”

HDMIRROR produces by “interpreting the present at all times”, and his prolific, hypermodern output has the same anxious, constantly-on feeling that you get from spending too much time on the internet. For him, time equals relative importance: “It’s an interpretation of the club scene. It’s my statement, and if that statement is old, then it might not be relevant.” His work is a constant reflection of its source material, but through a different, slightly uncanny lens, like watching TV with the HD and contrast settings turned up as high as possible.

As soon as you think you’re beginning to understand HDMIRROR, his music changes shape. His work is in a constant state of reinvention, which is only amplified by his vibrantly abrasive visual aesthetic rooted in the symbolism and imagery of rave culture.

With a cheeky smile, he explains how these symbols originate in the seedier sides of club culture, namely from flyers, ecstasy tablets and LSD blotter. “The message is always kind of fucked up,” he says. “It alludes to an altered state of mind. A shitload of these images together really starts to make you feel…bent.”

Taking full advantage of this effect, he uses overwhelming visual stimuli to bolster the disorienting nature of his music. Recalling one show in particular, he says, “When I played in Milan, I was making the visuals for the show, and towards the end of the video, when the set was peaking, even I couldn’t handle the visuals anymore. I had to tone it down a bit, the flashing was like…someone was going to die.”

His most recent release, Adrenalin, is a study on the abrasive tropes of gabber. But it moves past the genre’s boundaries in an attempt to “freshen up what gabber is, and what gabber can be about.”

This release in particular sees HDMIRROR turning a genre known for its unrelenting intensity and sensory overload into something even harder. He sharpens gabber’s razor-edged synths, modulating them beyond recognition. The genre’s trademark overdriven kicks, which usually function as a background, mid-range element in the mix, punch through with piercing clarity, carving their way through the rest of the track. In a word, it’s intense.

Adrenalin isn’t about hardness for hardness’ sake, though. Making a record within such an intense sonic framework empowered him to lace political ideas and concepts more directly into the sound, giving the tracks’ aggression depth and conceptual weight.

The release was originally created to be played at CTM Festival’s “Adrenalin” gabber showcase at Berghain, a night based on infiltrating and dismantling the perception of one of Berlin’s most well-known cultural centers. Remembering the night, he claims it was, “one of the few nights in Berlin, really, where it was like ‘Oh my god, something is happening.”

During his live set at that party, he weaved aspects of turmoil—this festival’s chosen theme—directly into the music. He repeatedly used screeching sirens and authoritative, robotic voices to build a sense of paranoia throughout the venue. Juxtaposed with his mutant gabber tracks, these elements created a feeling of claustrophobia. And while this didn’t exactly make for easy listening, that was hardly the point.

For HDMIRROR, incorporating these sounds was the easiest way to reflect the tension he feels in the world and comment on his surroundings. He explains, “You don’t always have to say ‘look at me, I’m being political.’ I think you can express that with the type of noise you make.”

While the music HDMIRROR writes is undoubtedly “experimental club music”, he doesn’t subscribe to the loose term’s prevailing scene. Even under such a broad moniker, his music stands apart, finding more kinship to a generation of artists inspired by ‘90s IDM and “drill and bass” heroes like Aphex Twin and Autechre. This makes sense, considering his aggressively accelerationist attitude towards music production and his strong affinity for (and constant reflection on) the rave boom he lived through in and around Cape Town around the same time.

“I don’t really know what happened,” he remembers. “There were raves everywhere. I had a strong dose when I was very young, before I left school, and I feel like I have a very strong foundation of what rave is. That’s always what I interpret. I don’t interpret what was released, really. I interpret what I felt at the time.”

HDMIRROR recalls his experiences in the Cape Town rave scene with passion. He explains how he was swept up into the creative explosion of the nascent community. As hyper-current as his music may be, this is the lens all of his influences are filtered through, and it’s a driving factor that sets him apart from his peers. 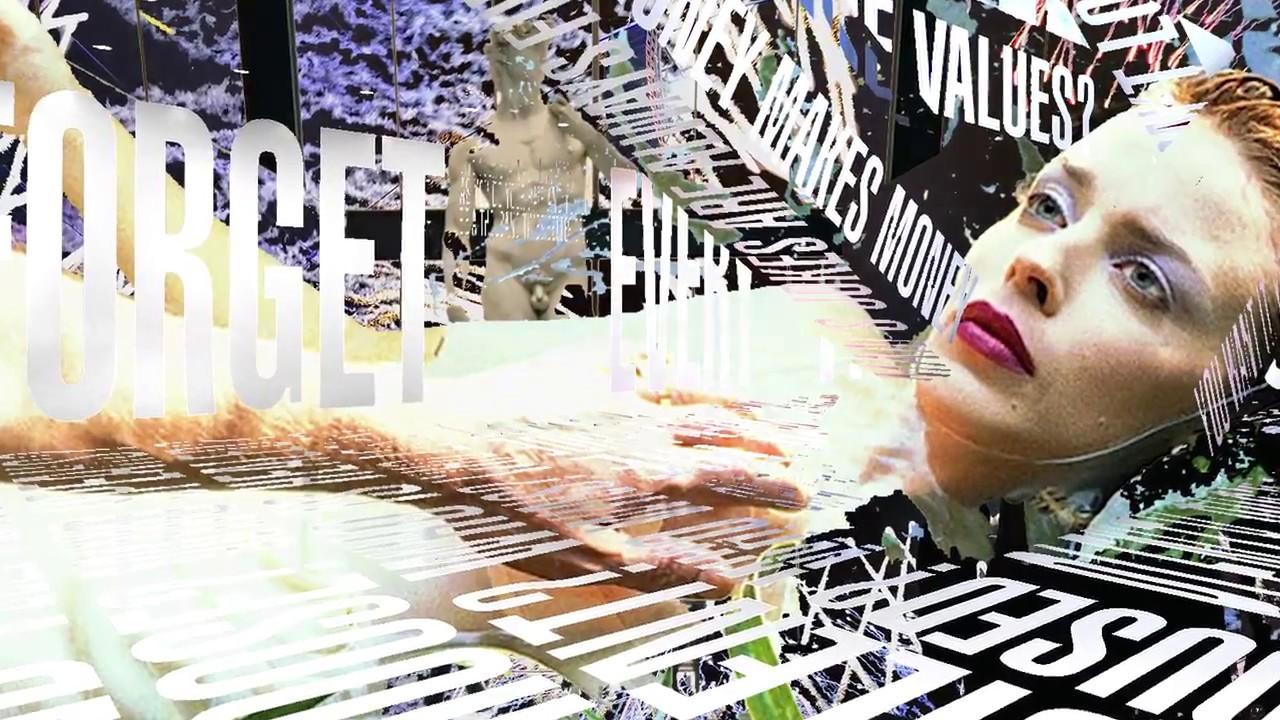 His relationship with the scene in South Africa is difficult, however, as the scene there lately has become less-accepting of wilder styles. “There are some beacons of extreme light, though,” he explains while namechecking Durban’s Gqom scene, club deconstructionist Angel-Ho and über-stylish duo FAKA.

Looking to the future, HDMIRROR’s focus is changing. He is moving away from the deconstructed genre-specific excursions of the last few years to pursue “something entirely new.” During our conversation, he referenced the work of late theorist, writer and former TEB contributor Mark Fisher, specifically the idea that “time is stuck, that nothing new is happening.”

As HDMIRROR puts it, “If you had to send the music that’s around today back to the year 1994, nothing would sound extreme to those people’s ears because everything extreme was already done.” He attributes this condition to a kind of post-internet anxiety, where our infinite cultural archive has left us with the peculiar problem of “too much past”, where creativity and innovation have given way to distraction and, more than anything, an abundance of nostalgia. Concerned that the electronic music scene has become entangled in a web of rehashing and remixing past generation’s ideas, he states, “Nostalgia in music is starting to make me feel uncomfortable. I mean, we’ve been referencing the ‘90s for quite a long time now.”

“There’s basically a whole new generation that’s raised with the idea that it’s not normal for something new to come around,” he says. In a distinct move toward fixing this issue, HDMIRROR’s new music is strictly based on exploring undiscovered sonic territory.

It’s quite an interesting change, as his new beats and textural sketches slip in-between traditions, dodging any sort of reference point while bubbling with possibility. Listening to his demos, it’s quite strange to hear dance music that doesn’t seem to come from anything you’ve heard before. Everything has reference points and context, sure, but there’s excitement in pushing forward. At the end of a new track, he says, “I think people forgot what newness in music actually is…I truly believe it’s possible to make something fresh, and everyone’s behaving as if you can’t.”

These statements come with equal parts frustration and hope. He says he feels “like club culture is having an existential crisis.” He cites overly-egotistical DJs and limp club music as the key issues to be upended. In a time of intense social and political unrest, there’s a reason people are tired of rehashed sounds and mellow, vibeless parties. When asked what he thinks could turn it all around, he says, “I think they want catharsis. That is the way to save club culture. If you want to be nostalgic, back in the day people raved their asses off, and the music was fucking hard.”

Check out all of HDMIRROR’s work on his Bandcamp, Soundcloud and YouTube pages.