When I heard HEALTH‘s new album, I was transfixed by the progress they’ve made over the past six years. I’ve seen them play countless times; their live shows are some of the most intense experiences of my life and the cause of at least three chipped teeth, a badge I drunkenly showed off when I interviewed them in 2008. Their self-titled debut was formative to my music taste, and the follow-up Get Color took it a step further with melodies you could actually sing along to. Not to diss Merzbow or anything, but with noise, sometimes a good proper anthem is what’s needed.

Death Magic, their third LP out August 7th via Loma Vista Recordings, feels like one BIG anthem, and they underpin the noise I’ve come to expect with imminently danceable (or thrashable) beats and what seems like critique of youth nihilism, as noted in my review, which was actually wrong and proves I shouldn’t read so much Thomas Ligotti. I sat down with the band in a room with a friendly dog—pretty much my favorite kind of room—to catch-up after seven years apart. My first order of business was asking about the European shows they’d been playing recently.

Benjamin: The tour has been really good. We’ve had dedicated fans obsessively coming to multiple shows all across Europe. A funny comment I’ve gotten from them is, “Your sound is so varied?”—spoken like a question, like they were surprised. Like, why would you have each song so different?

John: “You should create a similar sound for a dance floor.”

Benjamin: Yeah, I guess so.

Jake: We’ve always done that to our own detriment, where we want every song to be different.

EB: I don’t think it’s necessarily so confusing; with your albums and any time I’ve seen you live it’s always felt very cohesive. Of course, Death Magic has its highs and lows, noise and pop, but that’s what makes it interesting. When something maintains a single level without evolution, that’s when I’m bored.

Benjamin: We think it’s cohesive, but most people think in rigid genre parameters. You know, “Oh, it’s a garage rock band. I get it, I immediately understand.” We try to stay away from that idea. But we do also want to be cohesive. 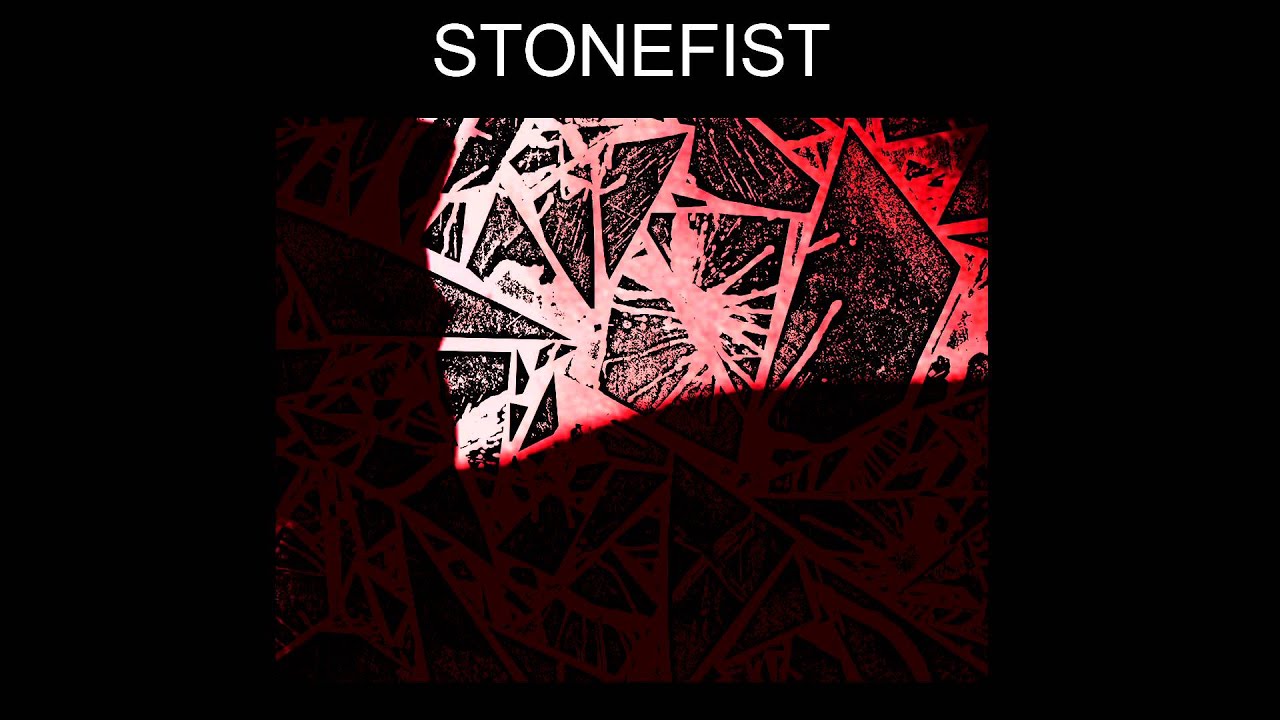 EB: It must have been a bit of a struggle when you toured with Nine Inch Nails.

John: That was such a mainstream experience, though. It’s totally removed from anything alternative or independent. That crowd probably goes to one show a year.

Jake: It’s not the intelligentsia of the music scene, really.

John: They have a very different relationship to live music.

Benjamin: They have a tattoo and a poster on the wall.

John: But it’s for one band! The average person goes to one concert a year.

Benjamin: Now it’s changing, though, because of large festivals like Coachella.

John: So they don’t even go to a show—they go to one festival a year. It’s a very different idea of being a music fan.

EB: Do you find that there’s a higher level of musical apathy nowadays in the US?

John: As a guy who’s been going to shows and music festivals for a very long time, I definitely notice a change. I’ve been going to Coachella since high school. The majority of people there would wear band shirts. For several years, I’ve seen almost none.

Benjamin: I think now it’s more about the event itself rather than the music.

John: And since the advent of social media, it’s about the perfect photo. You never see shots of young kids watching the band or the DJ; it’s just about capturing the perfect moment of having been there. I feel like, in a certain way, everyone’s in the industry now. I’m not saying they don’t enjoy being at these shows, but they’ve got work to do promoting their own personal brand.

EB: When I was listening to Death Magic, I felt like it was commenting on this idea of apathy in youth clubbing culture: being in a place where you only respond to drugs and don’t care about anything other than the moment, if that. The phrase “So what?” definitely appeared a lot.

John: We didn’t mean that in a negative way, though! We’re definitely not trying to criticize anything. It’s more about feeling a real human emotion about what you’re doing at the time, you know? Feeling like someone is saying, “Have fun, you can do your own thing.” It’s a positive thing.

Benjamin: Positive or negative, we’re just here. So what can you do about it?

John: Times have changed. In LA there’s now a very active party scene. There’s a lot of older people—people who’ve been in the noise and experimental scene for a long time and who now do a lot of party drugs because that’s the vibe—staying up all night at these parties. It’s a fun thing, but there is this certain…not sadness, but it feels like everyone is reaching for something.

John: It’s profound, but we wanted to reflect that in a non-cheesy way. But it is a very real thing. 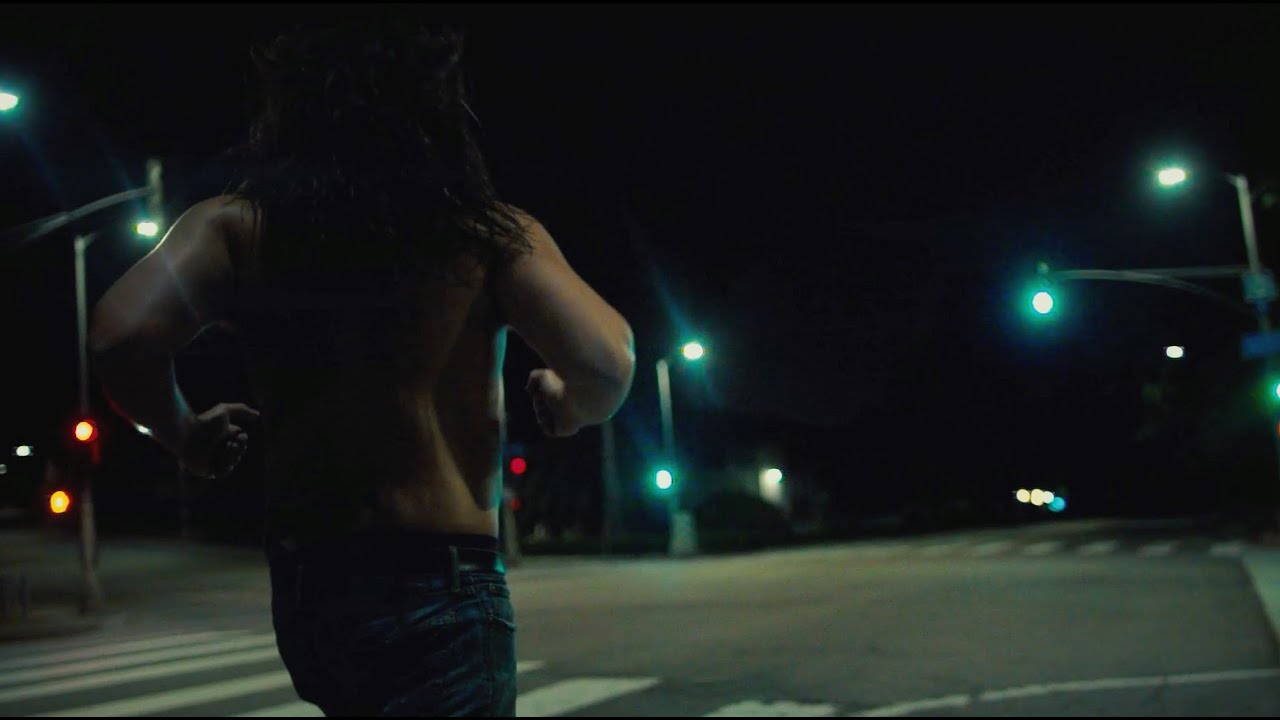 EB: There’s definitely been a shift in America’s party landscape in the last five years toward some kind of idealization of Berlin—especially Berghain, which represents the dream of a massive techno club where you can party all night on drugs. I suppose on some level it can be traced to the rise of EDM, which acted as a gateway for many into electronic music.

John: I think it was also reactionary to EDM. The underground sees it’s crap, so they have to seek out the “real thing” instead. So many people think, “I can only have this big techno experience in Berlin,” but now every weekend in LA there’s “Berlin-style” all-night warehouse parties. Berghain is definitely the model for it. And the people doing this are the same ones who were doing weird noise or punk shows before. The underground has a wide breath of sounds from different periods, so it’s always changing.

EB: How do you think that this idea of reaching for a higher quality of sound has impacted the DIY scene?

John: It’s weird, because there’s a lot of artists striving to make what, to them, is “authentic” techno or “real” music, but the real good shit can be hard to differentiate from the other shit.

John: There’s no separation between the quality anymore. You can make something that sounds as good as anything on the radio with your computer. That’s exciting. But the thing about the underground is that it’s still tied to this idea of an authentic method or sound. So someone makes “authentic” techno the “right” way, but I can’t tell the difference between their real techno and some other techno.

John: No, but I mean that it’s just hard for songs to stand out sometimes.

EB: It’s interesting, though. Can you imagine James Ferraro five years ago being where he is now?

John: Exactly. With modern technology, there’s no reason why your music can’t be hi-fi.

Benjamin: It’s great that you ask that question, actually, because we’ve been getting asked why there’s such a stylistic change in our sound a lot. But I mean…how can you not do that? Unless you want to be a retro band, you have to respond to what’s going on. You have to be excited about the possibilities of music around you.

EB: When I saw you play Berghain a couple years ago, I was surprised at how pop-y the material had become—but even more surprised at how it made the more noisy parts sound fresher. It captured the same spirit in a new way.

Benjamin: What would be the point of waiting for a record or a show if you just knew you were getting what you already heard? It was very important to us not to go that route. It also speaks a lot on youth and progressiveness. People are afraid of change. They want to say, “I know what that band sounds like and it should stay like that.” No. There’s no integrity to that. You have to take a risk.

John: All the punk and noise stuff, if there was a button or some easily-accessible technology they could have used to make themselves sound high-end, of course a lot of them would have used it.

Benjamin: If the Misfits could have recorded at Abbey Road, they would have.

EB: This technology has really allowed freaks to come into the mainstream on their own terms.

John: That’s the thing about the internet too; these genre sub-divisions are all great because they’ve created interesting culture around them, but they’re out of necessity. Now, there’s really no rules. Anything goes.