Has there ever been a revival as strangely beautiful as Arthur Russell’s? Composer Philip Glass released Another Thought, the first posthumous collection of Russell’s music, on Point Music in 1994, a couple of years after his mentee and friend died in relative obscurity. Ten years then passed before Audika and Soul Jazz released Calling Out of Context and The World of Arthur Russell in close succession in early 2004. Instead of cancelling each other out in front of what was assumed to be a tiny market, the releases triggered an unprecedented level of interest in Russell’s music—music that in many respects had been too diffusely complicated to attract a significant audience during Russell’s lifetime.

Supported by Russell’s surviving lover Tom Lee and uniquely ready to embrace the full range of Russell’s music, Audika’s Steve Knutson went on to become the label head Russell never had the good fortune to work with during his curtailed life. With each album immaculately designed and notated, Knutson combined the re-release of albums such as World of Echo with compilations such as Love Is Overtaking Me, which was drawn from the mythological shelves of unreleased reel-to-reel tapes that filled a wall of Russell’s and Lee’s walkup Manhattan apartment at 437 East 12th Street. Now, following a hectic period of Arthur Russell-themed tribute albums and memorial concerts, comes another Audika release, Corn. 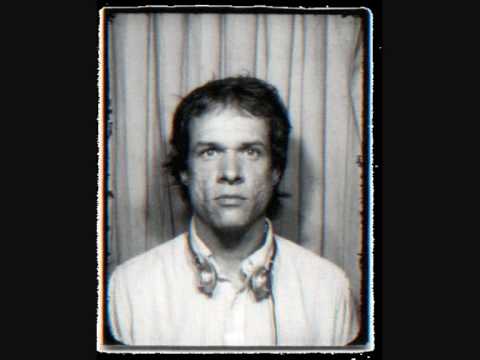 The album showcases material Russell started to work on during 1982-83, when he had good reason to believe his efforts would be released on Sleeping Bag, the label he co-founded with Will Socolov. But Socolov had become frustrated by Russell’s indecisiveness and was more interested in releasing dance tracks that would directly appeal to the city’s burgeoning party scene, and so the songs were left to drift until Rough Trade’s Geoff Travis handed Russell an album deal that enabled him to get busy with the unfinished tapes. With his home studio in place, if never wholly finished in his own mind, Russell laid down most of the tracks by himself, calling in trusted collaborators Mustafa Ahmed (percussion) and Peter Zummo (trombone) to add parts, with Rik Albani also contributing trumpet. “Arthur made me wait for years,” recalls the Rough Trade boss. “It was frustrating, but I knew he needed my support to keep financing his music.”

Knutson issued four songs from these sessions on Calling Out of Context: “The Deer in the Forest Part One”, “The Platform on the Ocean”, “Calling Out of Context” and “I Like You!” Corn presents another nine, each one a precious addition to one of the most far-reaching catalogs of late-20th-century music—a catalog grounded in Russell’s openness to the panoply of sounds that were taking root in New York City during the ’70s and ’80s. The opening track, “Lucky Cloud”, provides a jam-driven corrective to the somewhat mournful acoustic version selected for Another Thought, an album framed by the sweeping tragedy of the AIDS epidemic. “See My Brother, He’s Jumping Out (Let’s Go Swimming #2)” executes more sonic acrobatics than the 12-inch version of “Let’s Go Swimming” remixed by the pioneering DJ-remixer Walter Gibbons, with Russell’s mesmerizing cello and floating voice offsetting the track’s complex rhythmic layers and fat synthetic bassline. “This Is How We Walk On the Moon” roughs up the version included on Another Thought, taking the song into surreal funk territory. Trippy and dreamy, playful and ambient, “Ocean Movie” might have been recorded while Russell thought of the fish tank he and Lee kept in their apartment. The rest of the tracks are equally compelling. One day it’ll happen, but for now Russell’s music refuses to age.