On any Sunday morning at 4 a.m., the small dance floor at Pittsburgh’s Hot Mass nightclub is packed. It’s a mixed crowd: technoheads sip drinks with their backs against the wall and nod to the music; broad-chested men who removed their shirts seconds after entering shoot glances around the room, hoping to lock eyes with a bearded stranger; a straight couple in their 40s and dressed in all black crouches down to surreptitiously take turns with a vial of poppers. Dancers right in front of the DJ booth use their limbs to trace geometries impossible to reproduce. Everyone chats ecstatic. It’s an energy that’s hard to come by at American parties.

Since it opened in December 2012, Hot Mass has become celebrated in the American underground and abroad for its welcoming vibe, all-night hours and impeccable house and techno DJ bookings. The club space, a 180-person capacity venue right downstairs from a members-only gay bathhouse called Club Pittsburgh, was sporadically used for after parties that always had an explosive energy unmatched by any other local bash. The success inspired John McMarlin, the bathhouse’s manager and a former regular Larry Levan’s famous New York nightclub Paradise Garage, to suggest to promoter Aaron Clark that the parties should happen weekly. 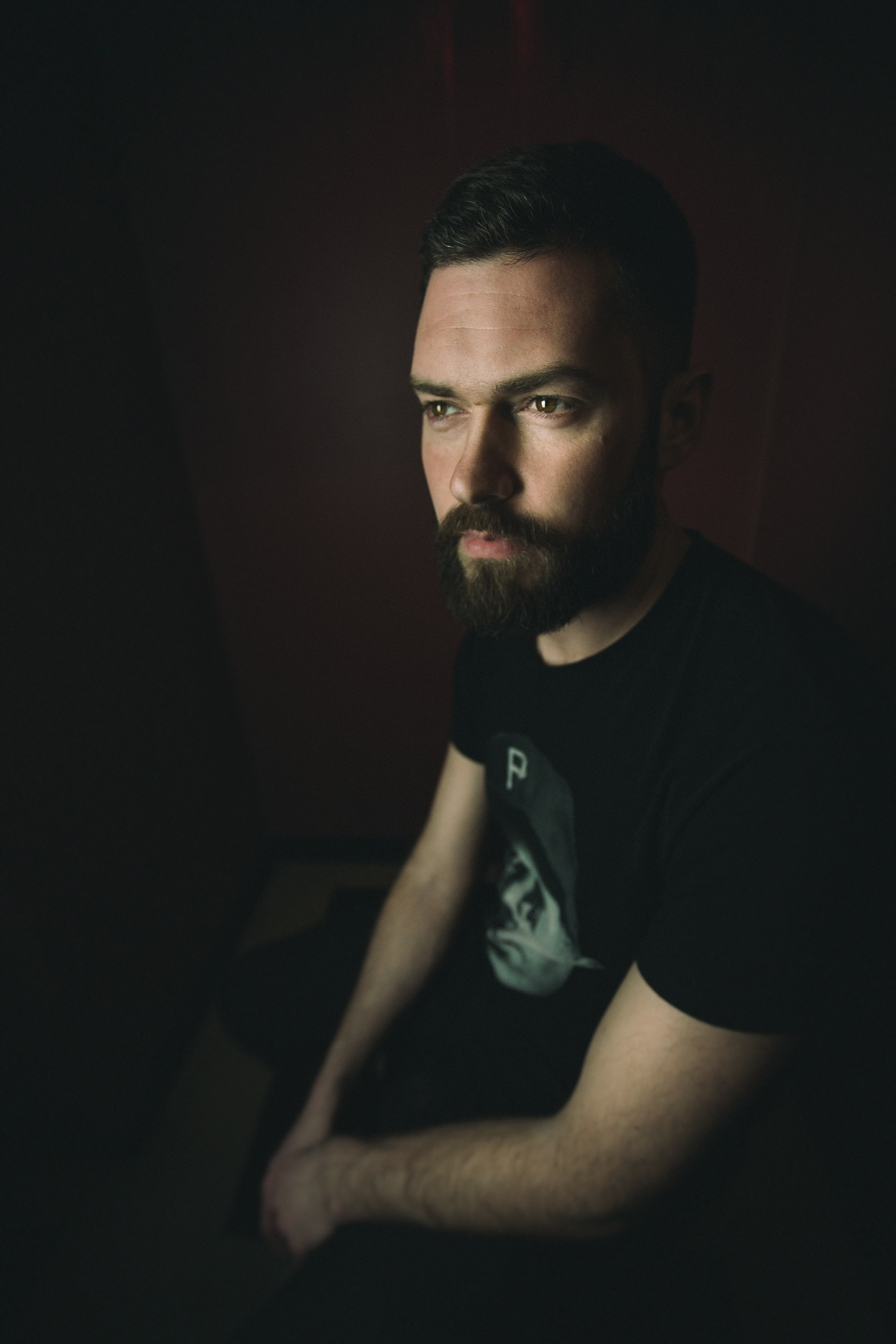 Clark, who helped throw the regular club night Humanaut and the nascent gay party Honcho, thought no one in Pittsburgh would be interested in running a regular club night so often. So instead he organized a weekly rotation between four local crews: his Honcho and Humanaut teams as well as the local crews known as Divergence and Deeper. Over the years, the participants have shifted; the three local heroes behind the DJ/production outfit Pittsburgh Track Authority held a residency for two years before handing over their night to the young upstarts running the Detour record label. According to Clark, it’s “always an evolving roster, and it’ll continue to be.”

“Let’s just say from the beginning of January until the end of March, I was there every fucking weekend,” said veteran Pittsburgh techno producer Shawn Rudiman in late 2015. During that three-month period, the club hosted acclaimed DJs like Prosumer, Daniel Bell, Mike Servito and The Black Madonna. “It was like, I wish they would not book somebody good so I can stay home and sleep. Even when my wife and I would be there, we’d say, ‘I don’t want to stay until 7 o’clock,’ and we’d just say we’d stay until they played a bad record. Well, it’d be 7:30 and there hadn’t been a bad record played yet.”

Though the club puts music first, the first thing many hear about Hot Mass is its proximity to the bathhouse upstairs, which has encouraged some fixation on or exaggeration of the sexual atmosphere at Hot Mass. In 2014, EB editor Elissa Stolman wrote an investigative piece about Pittsburgh’s electronic scene for VICE’s THUMP website that involved Hot Mass. A THUMP editor titled it “The Secret Techno Sex Parties of Pittsburgh”, and the scandalous headline briefly attracted new clientele that expected some sort of dungeon-esque sex party, which Clark described as “curious crowds that maybe had no place there.” But they found something more moderate.

“I didn’t know if it was going to be bathhouse culture in a party,” said The Black Madonna of her first Hot Mass DJ gig. “It’s not. It’s not like a bunch of men in towels.”

In response to the wave of rubberneckers that followed the THUMP article, Clark said they’ve instituted a stricter door and no-cameras policy to ensure that the “quality of the crowd is in a really perfect place right now.” While Hot Mass is a club with a large gay community, its audience is very mixed. And though couples—gay and straight—often make out on the dance floor, there are few interactions happening that you wouldn’t feel comfortable telling your parents about. THUMP correctly reported that Hot Mass has an open atmosphere where sex would be permitted on the dance floor, but that doesn’t mean it’s happening every night. That being said, it does have a special and hard-to-describe energy that probably derives from the slightly illicit feeling of being beneath a bathhouse, where sex definitely happens. It’s difficult to describe, but you feel it in the room every Sunday morning.

When I asked Hot Mass regulars to help me describe the club’s special atmosphere, many used the same word: freedom. And you can see that freedom on the dance floor at any time. Hot Mass is largely free of the kind of posturing or pretention common in dance scenes in other major American cities; partygoers dance with abandon. The club owes at least part of its liberated culture from its many gay patrons and how free they feel can behave there. “I certainly don’t worry that someone’s going to scowl if I kiss another dude,” a Hot Mass regular told me. But others told me that they simply feel comfortable being themselves at Hot Mass.

“Coming here has made me extremely body positive,” said Gage Colangelo, a young Pittsburgh local who regularly attends Hot Mass. “When I was growing up, I thought, ‘I’m fat and gross.’ The people I met here made me realize who I was as a person.”

According to Thomas Cox, one of the members of Pittsburgh Track Authority, the DJs invited to play at the club also sense its free spirit. “We’re sitting with Theo Parrish for breakfast after his set with us and he says, ‘Yeah, it was really cool because the people would go with you anywhere,’” Cox said. “Theo played for five hours dropping crazy African jazz and people were just there with him all the way.”

“It was total freedom,” gushed The Black Madonna. “I remember realizing that the training wheels were totally off.”

Hot Mass’s freedom extends to the long hours it keeps. While most bars and venues in Pittsburgh must close at 2 a.m., Hot Mass can legally remain open because it’s technically a private health club. Entrants are required to sign a form that states that the signee is a member for the night. Harrison Apple, a historian of Pittsburgh’s queer nightlife, said that the city has a rich history of private social clubs that took advantage of their legal status to operate after-hours dance clubs. Most of these popular hangouts were more explicitly gay than Hot Mass, but their exciting atmosphere drew straight attendees as well and became integral to Pittsburgh’s club scene.

“The House of Tilden, for example, was one of the biggest discos in Pittsburgh in the ‘70s, and in the Tri-State area really,” Apple said. “People came from Ohio, New York State, and West Virginia to go there.”

The House of Tilden was one of many social clubs run by Robert “Lucky” Johns, who opened its successor, the Travelers Club, in the ‘80s. The Travelers Club was also a popular disco, but closed in the late ‘80s after it suffered blows from the AIDS crisis and severe crackdowns on liquor code violations. 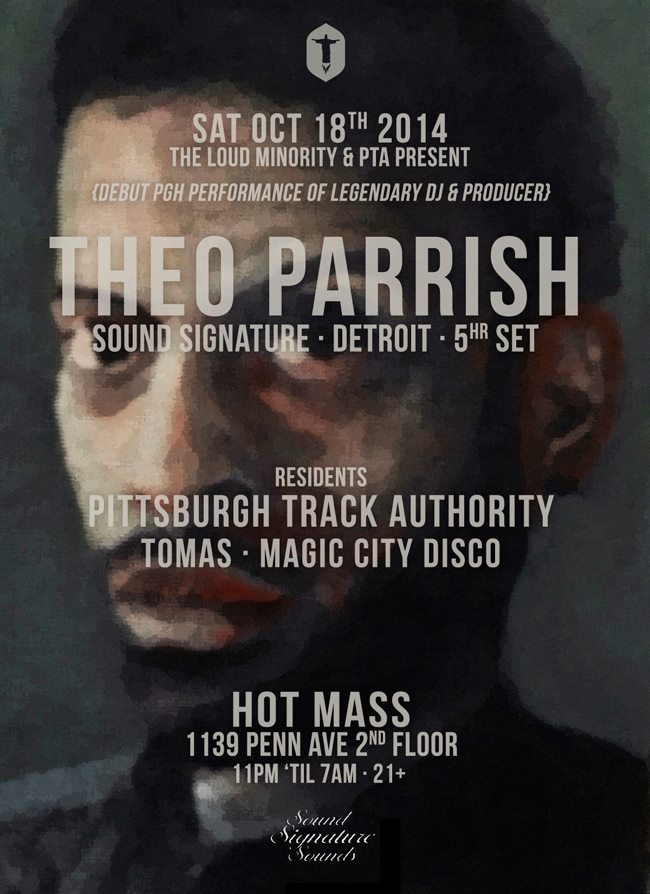 Hot Mass is one of the first Pittsburgh dance clubs to take advantage the legal status of a private club since the AIDS crisis. Unlike its predecessors, Hot Mass hasn’t faced raids and crackdowns, a blessing that could be evidence that the city government wants Hot Mass to be there.

“They’ve said that,” Clark said when asked if he believes the city supports Hot Mass. “It’s never official, but the current mayor has been pro-after hours in his platforms. They get it, that after-hours need to exist for a creative, thriving young city.”

Indeed, Pittsburgh mayor Bill Peduto has publicly supported local nightlife since he started his career in the 1990s and soon established a reputation as a progressive politician popular among young people who moved to the city. In the early 2000s, when Peduto was the chief of staff to former Pittsburgh city councilman Dan Cohen, he supported a successful campaigned for the construction of the shortly-lived “UltraViolet Loop” bus line, whose route circled a district with popular bars and nightlife spots. During his mayoral campaign, he hosted a Reddit AMA where he publicly opposed raids and crackdowns on nightlife neighborhoods—”blitzing”—in response to a rise in violent crime in those areas. Once in office, Peduto launched the “Sociable City” plan in November 2015 to bolster the economic health of businesses in entertainment districts while reducing crime there. The measures involved creating a permanent position for a Nighttime Economy Coordinator responsible for managing efforts to extend metered parking hours that would fund increased police presence, new free shuttle routes and clean-up services.

Mayor Peduto’s stance on nightlife is not unheard of in post-industrial American cities seeking reinvention. An embassy from Detroit that included staff from the mayoral office and members of the pioneering techno group Underground Resistance recently visited Berlin to see how the German capital’s lax nightclub policies have “revitalized” the city. Separately, Tresor club founder Dimitri Hegemann has made very public overtures about his intentions to transform Detroit’s derelict Fisher Body Plant No. 21 into a cultural complex that would include a techno club, arguing the complex would aid Detroit.

It’s possible that Pittsburgh would look to do something similar. Like Detroit, the population in Pittsburgh has declined since the 1950s and the death of its integral steel industry. Recently, the city’s relatively low rents and its universities with strong reputations for engineering and computer science have made the city attractive to tech companies and young people; Peduto told the Post Gazette that the population of young people has grown. But if Berlin’s experience is anything to go on, one of the best ways to lure tech companies is with a vibrant arts scene.

Hot Mass, underground or not, has tangibly shaped the city’s creative scene and played an important role in bolstering the local nightlife economy, which attracts visitors and transplants to Pittsburgh. “People are moving here because it’s an awesome city, and I think we add to that, but it hasn’t solely been responsible,” Clark says. “[Hot Mass is] definitely a lure to get people to come see the city for the first time.”

The attraction is that Hot Mass offers something you can’t find anywhere else in America. Downstairs from Club Pittsburgh is a kind of explosion, the intersection of several phenomena that have converged, however unlikely, in downtown Pittsburgh. It’s just a party—just sweaty dancing in a small room. But somehow, like with all parties whose names eventually reach places far outside their own four walls, there is something about it that rises beyond the sum of its parts. It is a world unto itself, even when the other bars and clubs around have closed and the streets outside are quiet. 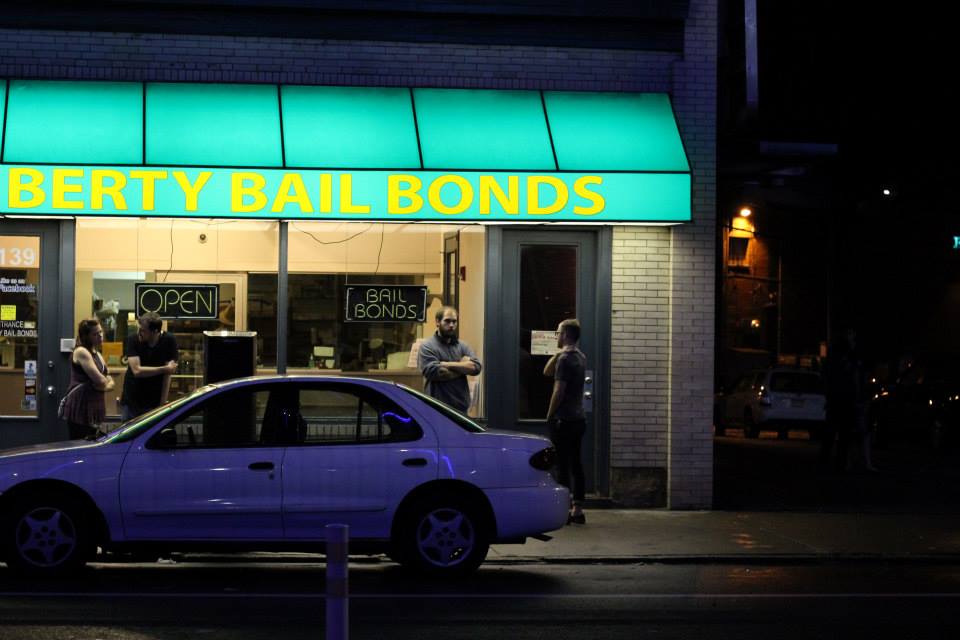