How do you experience music when you listen to it? Is it a purely sonic phenomenon? Or do you imagine the notes as they’re interpreted through your ears? For a long time music has been thought of primarily as being an acoustic phenomena, but as technology progresses, there is an ever increasing visual dimension to the sound that can be seen in the growing popularity of audiovisual performances. But what is the benefit of being able to see music as it’s played? Does it detract from the experience? Or does it add a method of appreciation that’d be otherwise lacking? To investigate these questions, we sent TEB contributor Daniel Melfi to STRP Festival to experience We Were Never Apart: A Visual Music Night, a production by Tarik Barri and Lea Fabrikant featuring Berlin visual art studio Transforma, Swedish avant-techno producer Peder Mannerfelt and Berlin’s LABOUR collective.

I arrived in Eindhoven, a Dutch city of electronics megacorp Philips and uncannily clean, organized streets—and during the morning, seemingly no people—for STRP Festival, an annual exhibition of music, art and technology. As I stepped off the train there was a focal question on my mind: can seeing music help us to be better listeners?

It was a question elicited by the title of one of the festival’s major productions, Tarik Barri and Lea Fabrikant’s We Were Never Apart: A Visual Music Night. The production featured three different kinds of audiovisual performances. Eindhoven’s Klokgebouw, a former Philips factory accustomed to hosting raves for over 8000 people, staged contributions by Berlin visual art studio Transforma, a collaboration between Barri and Peder Mannerfelt and a wildly chaotic demonstration by the LABOUR collective.

Although the performances offered a multisensory experience, the evening continued to perpetuate a lingering curiosity. If the aural and visual senses were always and remain inseparable, how can artists and audiences explore the relationship further? 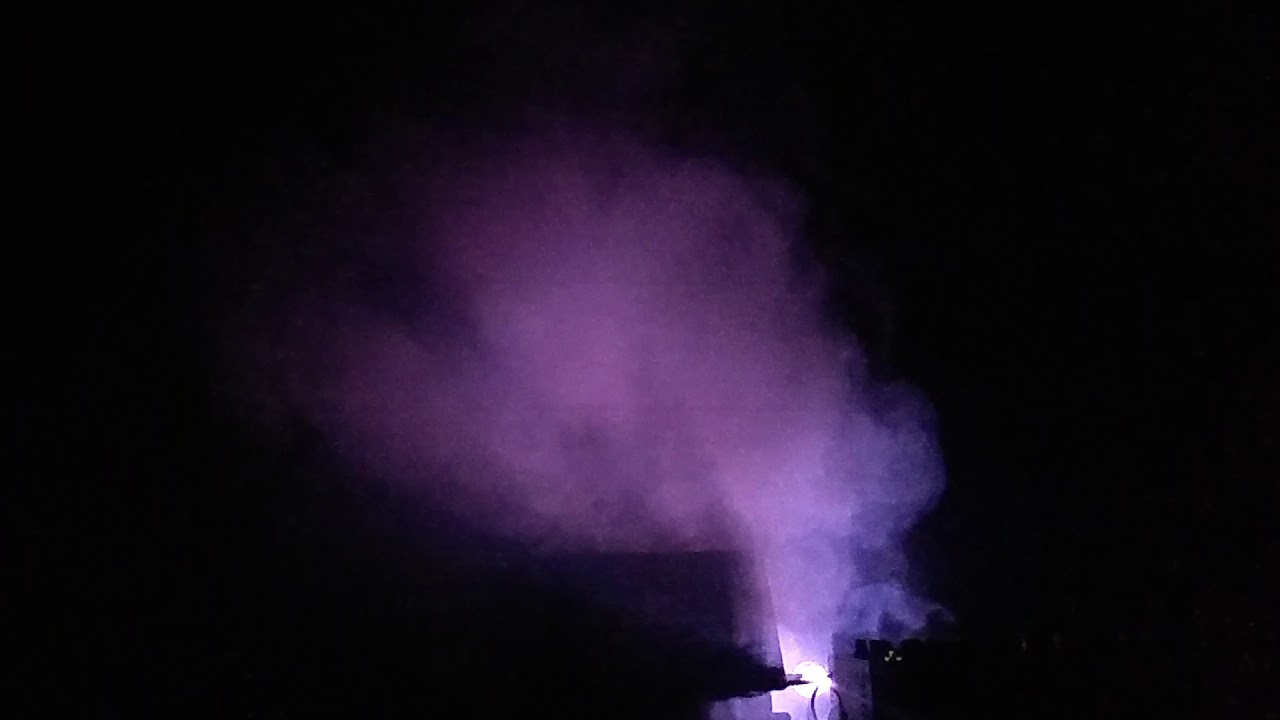 For Dutch audiovisual artist and curator Barri, even thinking is an intrinsically cross-sensory experience. “I think one of the biggest reasons for me going into this field is because I really like listening very carefully,” he told me in Berlin after the festival. Before thinking about creating the images that he’s gained notoriety for, Barri’s fascination was stimulated by the possibility of expressing music in an automatic, multisensory fashion. But often that sort of stimulation, articulated through sights and sounds, is experienced subconsciously. In that sense, he said, both senses can really strengthen each other even when they are not necessarily connected.

This subconscious overload of sensory data is part of a hyper-contemporary lifestyle. Barri’s collaborator, Swedish producer Peder Mannerfelt, thinks that no matter whether rooted in the experience of mobile Internet and social media, or in the perception of a performer on stage, people cannot imagine one sense being stimulated without the other. It’s something that the New York Times has recently dubbed as not only socially adverse, but also dangerous to our health. “I think that’s also kind of the zeitgeist in a way,” Mannerfelt said, shortly before the evening’s first performance. “You’re so used to seeing things in your feed when you hear them, that it’s hard for a lot of people to just hear something.”

Mannerfelt thinks that most audiences are in need of a visual cue to hang onto. “You don’t have to know everything about [the performance], you don’t have to be clued into every little detail of the music or the visuals,” Mannerfelt said, sitting near the robotics workshop tables. “But you can just kind of experience it, and I think combining the [audible and the visual], it becomes a bigger impact basically. It’s more senses working together.”

On stage, Barri and Mannerfelt’s collaboration proved a valiant effort in eluding predictability. Asynchronous lights, similarly erratic basslines and deafening cymbals managed to negate all sense of uniformity by the performance’s conclusion. The dialogue between the two felt more akin to a communal dance of light and sound than a typical demonstration of preordained call-and-response.

What it sacrificed in fluidity, it supplied in surprise. The audience was forced to resign themselves as unaware of what would come next, a feeling that LABOUR would only intensify.

The same sense of confusion and excitement characterized most of the programming and correlated with the goal of STRP’s curator, Ton van Gool. “The question was, ‘How do we get through this conservative and fear-driven era and how can art and technology help?’” he told me on one Saturday afternoon during the festival.

Van Gool appreciates that there are few answers to be found. But enlisting dozens of thinkers, philosophers, musicians and other artists to create a new set of circumstances is one approach he feels can help. In his perspective, he cited the philosopher Maxim Februari, who spoke during STRP Festival about society’s need to concede to life’s ambiguities. “We must try to not think in black and white and not to think in dystopian and utopian,” van Gool said of the Dutch thinker’s keynote. “Without [Februari] knowing it, this is exactly what we’re looking into: what is between ping and pong, between black and white.” Van Gool feels as though the discussion of separatism in art and the senses mirrors other polarizations in society. And while STRP and van Gool aren’t entering the political arena, he remains in firm support of Barri and Fabrikant’s bold titular direction. “It’s a real strong statement,” he said. “‘We Were Never Apart.’ That’s exactly what we’re talking about.”

In the eyes of Fabrikant, the dichotomy of visual and aural experience is something to be sceptical of. “I think that pulling it apart, or joining it back together, is a very specific and delicate action to be made,” she said on a sunny afternoon in Berlin-Kreuzberg, where both her and Barri are based. Instead of piecing something disparate back together, “We Were Never Apart,” was organized as an expression of something that’s only ever been unified.

The most accessible example of this perspective is through light and sound. Without regard to synaesthesia, Fabrikant thinks we tend to perceive the shifting colours of light in patterned or predictable ways. Many of the groups, but perhaps Barri’s work particularly, tried to address this fact. “This synch [of light and sound] shouldn’t always be expressed with a light, but also with an absence,” Fabrikant said. Part of the intrigue of Barri and Mannerfelt’s work together was redefining specific associations of light and silence. “[The performance] was not even di-standardizing it from expectations or the narrative of a music,” Fabrikant said, “but coming to it from a different angle in a way.”

The attempt to further explore visual music was a success. It was most apparent in the breadth of visual and aural combinations and their style of execution. Berlin-based Transforma, along with an original score by Shed, performed the evening’s most analogue display. Using four cameras, mirrors, a smoke machine and a variety of plastic sheets and objects, Baris Hasselbach and Simon Krahl created a stimulating visual experience. It was enhanced, if only slightly, by its accompanying music. And although the sounds punctuated the projected illusions, the music was anything but the focus.

Instead, most of the attention homed in on the human interaction with technology. That presence of human interference developed as a trademark quality of the festival’s Visual Music expressions.

LABOUR, the collective featuring members from Europe and North America, ended the night in a performance that—rooted in exactly that characteristic—descended into chaos. It was the evening’s most frenzied sensory experience. Poles scattered throughout the crowd illuminated at random, drummers of the collective began to bang on a variety of surfaces and booming synthesizers furnished the tones in a cosmic fury. At times, it appeared as though there was no definitive stage. And it was impossible to determine who was performing and who wasn’t.

The performance concluded with audience members banging drums throughout the massive pavilion. And the remaining feeling of confusion and disorder only enforced the idea that the senses were more effective working in tandem. It was clear that I understood one sense in the context of the other. Like exercising, working one muscle automatically induced activity in many others.

For Fabrikant and Barri, this assertion brought us full circle, back to the facts that they’re sure of. The relationship between the aural and the visual was never in question. “It’s not an experiment, it’s an expression,” Fabrikant assured me. “It’s just one single expression, among kagillion and a half billion ones, really.” Barri, sitting across from her, tried to fashioned himself a more visual analogy. “So, We Were Never Apart is almost more like gravity,” he said, “of course it was there, the question is just what were you doing with it.”

It’s not about the fact that We Were Never Apart, for the Riga-born, Jerusalem-raised producer and curator. “I didn’t learn anything [about that], that’s the one thing that is clear enough to be in the title,” Fabrikant asserted frustratingly. “And I still completely stick to it.”

Similarly, Barri is less concerned with the debate of Visual Music’s authenticity, than its implementation. “I think that even when I am in a totally horrible audiovisual performance, where the visuals totally distract from the audio and the other way around, even then it is not apart,” he said. “And at that point, it’s a problem that they are not apart—there is no way to separate them. So you might as well embrace it.