It’s been over a year since I first met Sam Shepherd in Marrakech, where he was collaborating with renowned Gnawa masters, but he’s still trying to understand the music’s transportative rhythmic sensibility. “Not being able to tap into what is so undeniably groovy knocked me out of my comfort zone, and keeps me there,” he said. “That’s the thing I’ve tried my whole life to obtain—that funkiness.”

This pursuit started as a teenager haunting Manchester record stores, where his rare purchase would elicit a “Fucking hallelujah!” from shop attendants used to seeing him every day. The breadth of the collection he’s built up in the years since is evident in his exploratory DJ sets as Floating Points, which favor free and spiritual jazz, Afro-Brazilian music and classic disco. “I feel like I’m a relatively normal guy, but then when I play music I turn into this… animal,” he told me earlier this month, when we met in Berlin. “I’m in another world.”

Musicologists frequently explain the transcendental effects of sound and rhythm in terms of cognitive neuroscience, but despite having recently completed a neuroscience PhD, Shepherd avoids theorizing music in academic terms. His long-awaited debut album, Elaenia, is filled with bristling electronics, the skuzzy chords of prog rock, loose-wristed live percussion and meandering astral jazz. It offers soul and technical acuity in equal measure, but for Shepherd, science and music still happen on two wholly distinct experiential registers.

In one of your recent interviews, you talk about trying to reconcile the fact that you listen to spiritual music, but are not religious. Do you need that belief to have a spiritual experience?

No. I listen to music and I’m totally transported. I find even when I’m playing some student rave in Manchester to a bunch of gurning kids, I’m also gurning from getting into music, just by myself. That’s how I DJ—I want to hear these records. I’m so moved by them.

Plastic People was crazy. Some nights, I couldn’t even remember the process of [mimes selecting and putting the needle down on records]. And there were times I cried at Plastic People. I cried one night at Festaal Kreuzberg in Berlin once, too. It was me and Ade for JAW Association. He played this unbelievable set that peaked at Marvin Gaye, “What’s Going On.” Classic. He wasn’t mixing at all, he was just playing record after record, and the whole dancefloor broke down, crying and dancing. No one was taking drugs—this music just manages to reach into you. He was playing this really deep Afro-Brazilian record, Luiz Caldas’ “Amazonas.” This tune—beautiful.

People take drugs because they feel the need to connect to the music, but I’ve never ever done drugs; I never feel the need to take drugs to feel connected to the music, because I feel so connected already. I’m not really a techno guy. I can’t do a six-hour techno set. I can’t even really listen to it. Berghain’s one of the few places I’ve been that I’ve stood there and danced for six hours to what is essentially the same thing.

Maybe it has something to do with how you listen, too. Pauline Oliveros talks about deep listening, which is a secular form of highly attuned, full-body listening.

Every day, I wake up and it’s like someone’s spiked my tap water. Every day I deep listen. I wake up and put a record on, and I feel it. I’m a zombie trying to fit the coffee thing together, but I’ll be listening to Max Roach, Members Don’t Get Weary, or, this morning, before I went to the airport I listened to Dragging a Dead Deer Up a Hill by Grouper. But anyway, there I am, the Neanderthal man, trying to figure out how the coffee maker works for the millionth time, and I put something on and it’s just like… 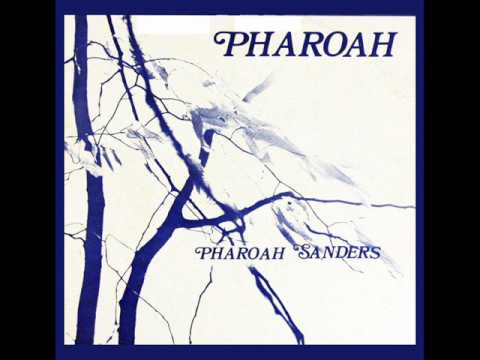 You were listening to quite unconventional music, like Pharaoh Sanders, when you were pretty young. How did you get into all this stuff?

Record shops. I had a piano teacher who gave me three records when I first started: Music for Large and Small Ensembles by Kenny Wheeler; Chick Corea, Light as a Feather; and the Elevens album, I forget which one. The record shops were all very near to my school, so every school lunch, without fail, I was in there, listening to everything. I was maybe 13, 14 at this point. I would go to HMV like all the other kids, but CDs were so expensive. My dad’s a vicar, so we didn’t have much money, but secondhand records were mad cheap. I didn’t really know what I was doing. I was just listening to all sorts.

I got a reputation at the record shops. There were a few—Eastern Bloc, Final Exchange, City Records, King V, Big Pink and Factory Records—that were all three blocks from my school. I was a fat little ginger kid in my school blazer and stupid haircut, and I listened to everything. They only had sleeves out, so I had to go up and say, “Can I listen to this please?” Fat City was different. It was more of a hip-hop place—they had stuff playing, so I’d just sit in the shop and listen. Lunch was an hour and a half, and I’d sit for an hour, every day, just listening. If I ever bought a record, they’d be like, “Fucking hallelujah! He bought a record! He fucking bought a record!”

I wonder if anyone who worked at those shops is aware of what you’re doing now.

They are. Jon K, who’s actually quite a big DJ in his own right, booked me for a Friends & Family party in Manchester years later, after my first record. I was so happy. Of course I knew who he was, because for years I tried to get into his party Electric Chair as a kid and never, ever got in. I went in there, and he obviously didn’t recognize me—by that point, I’d lost a tiny bit of weight, and my gingerness had gone down a bit—and I’m like, “You have no idea who I am.” He’s like, “No.” I said, “I was the fat ginger kid that used to spend every day in the record shop!”

That’s kind of an amazing way to get into music. It’s so pure.

I was going into the shop and picking up loads of very questionable, Strictly Rhythm-sorts of things. I got a little bit of pocket money, and I also sang in a choir, which was my source of income as a kid. I used to trade records; I’d be trading up, every time. I was using record shops like a library, basically. Back then, I was buying HORO records, from this super rare Italian spiritual jazz label. I had no idea. One year, I sold a ton of my records to buy my mum a birthday present, and I look back and realize how much good stuff I sold. To buy a gardening book!

It’s quite a lot. But that’s because I started going to America when I started university. I’d buy a flight to Chicago and spend four days clearing up and ship them back to London.

At least they made it back.

I’ve been lucky. I’ve had bags stolen though. I was beaten up in Brussels. They grabbed a box of 7”s. This was about four years ago. I was with Theo [Parrish]; we were going to do a big thing in Vooruit. And because I was playing with Theo, I knew I had to bring fire. I had doubles of Africano, “Open Your Hearts,” this beautiful, super tough record to find. Ester Byrde, “Touch Me Take Me.” And when these kids came up to me I was like, “Take my laptop! Don’t take those!” 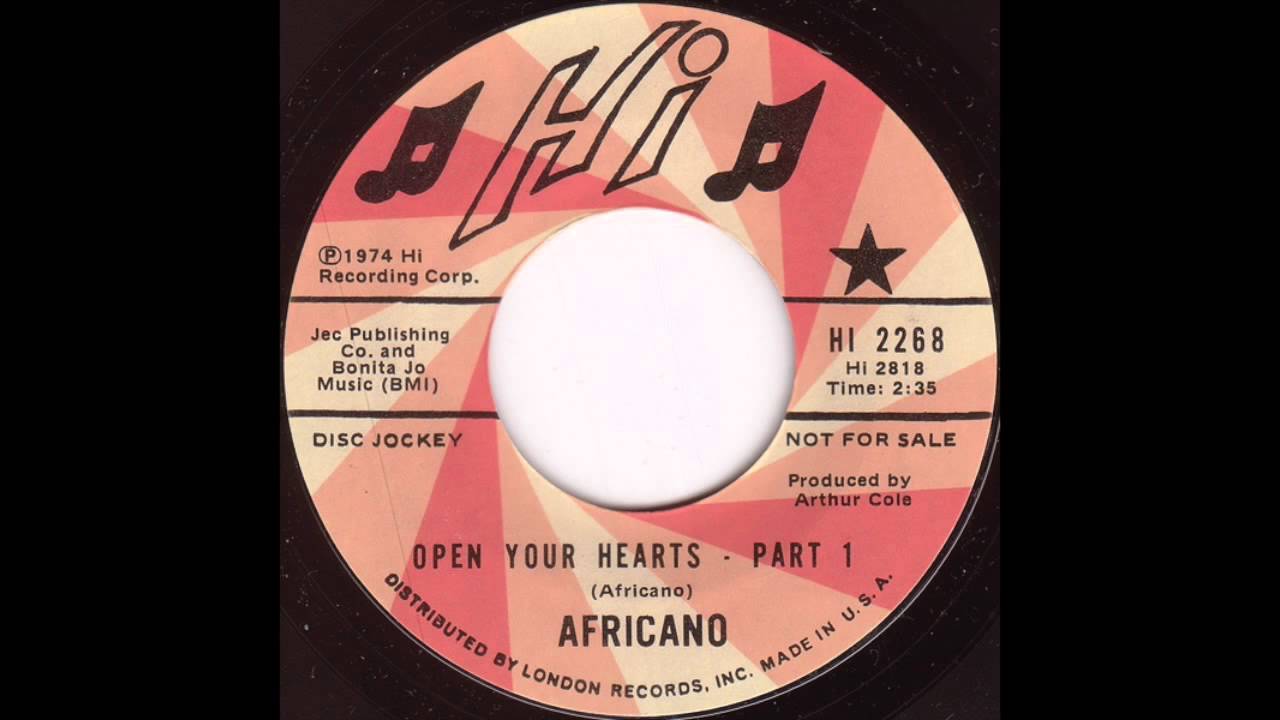 Do you think they even knew what they were?

They had no idea! And the fact they had to punch me up a bit; I wasn’t hurt, but it was quite violent. Right in the middle of the day, and no one gave a shit. I almost got arrested by Belgian police for being so irate. They said to me, “It’s just some records.” Then I had to be like, “These are works of art. Some of these records, there’s only 200 copies in the world.” I found one more copy of Africano, but I need two. You’ve got to have an A-side and a B-side, so you can play them together.

Do you sample them?

I do sometimes, but on this album—no sampling. My studio is set up to record.

Right, this is the first long player to come out of your new studio. Tell me about your production process.

At the start of my PhD, about five years ago, I found a space in London. I was sharing a house with two girls at the time, and in my bedroom were all my records—about 5,000 at the time—my girlfriend and insane, high-end studio equipment, like a 16-channel mixer and a Studer A80 tape machine. I had to crawl under the mixing desk to get into bed.

The studio I found on Neal Street had two rooms, and after I moved all the equipment in there, I started building all the acoustic treatment with friends and wired it all in, little by little. I finished the PhD and a day later I went to Marrakech, and the day I got back I was like, “Okay, I’m a studio guy now.” So everything’s on a patch bay, everything’s wired in. Obviously things change, so there’s room for expansion as well. Everything goes digitally into the computer, and at the same time it goes analog through the mixer and into a 24-track tape machine. I record on the computer and the tape machine at the same time. I find it quite hard to sync the two up, but it’s manageable. And there’s all this outboard stuff—Binson delays, space echoes, full-tech EQs, an API mixer, loads of synthesizers. My favorites on this record are the Oberheim OB-8 and the Buchla, which goes through the whole thing. I bought my first synthesizer seven years ago, one module at a time. It was Don Buchla you’d phone up on his landline. He just picks up the phone: “Okay then. Okay, what’s your problem?” “Well, I want to be able to move the sound around the room.” He’d say, “I think I have a module for that.” Very cool guy.

I record things generally as a piano improvisation, and then overdub everything—drums, bass—and then re-do it with professionals who can actually play. I write all the scores out and then megalomaniacally tell them how to do it, and mix it myself in the studio. The demo versions are hilarious. I can’t play the drums, and I can’t play the bass. But it’s good enough.

Elaenia is out on November 6.