At last year’s American Music Awards in November 2019, Billie Eilish caused a media stir with her performance of “all the good girls go to hell,” backed by a hellscape of pyrotechnics and wearing a bedazzled shirt stating, “No Music on a Dead Planet.” It was only one of many iconic looks that Los Angeles-based brand Freak City has had a hand in creating. Riffing off the bootlegging practices of underground hustlers in the San Fernando Valley, the studio’s custom-embroidered and hand-painted fits have been the go-to red carpet choice of pop stars like Lil Nas X, Diplo, Rosalía, and reggaeton queens Bad Gyal and Tomasa del Real. Freak City is so quintessentially Californian that even Kim Kardashian is a fan. As such, it’s no surprise that they’d catch the attention of LA native Eilish, who tapped them to collaborate on her own capsule collection.

At its core, Freak City is a lifestyle brand and creative studio tied to a commercial space in Los Angeles. Entering the space—through its inconspicuous doors nestled between a medical marijuana dispensary and a tourist company—is like tapping into an alternative universe, where the traditional rules for retail spaces are broken and creativity runs wild. After spending time in their shop, design studio, and music studio, visitors are encouraged to leave their mark, whether by tagging the walls or laying down a beat in the studio.

Like many great American success stories, Freak City’s can be traced back to being “at the right place at the right time.” Campbell and Romero’s origins trace back to the “MYSPACE days” of the late aughts, when the two were performing as a duo under the alias The Keyishe. “We were playing shows, making clothes, and started throwing parties for our friends and ourselves, as there was no scene for the type of music we were making at the time,” they say. In the throes of the financial crisis of 2008, they stumbled upon an industrial space off Melrose Avenue in East Hollywood, and due to the recession, they were able to qualify for a commercial lease without a credit check.

Freak City’s humble beginnings, they explain, involved a lot of trial and error. Taking cues from Warehouse culture, it was initially a free-form space that showcased underground music by night and acted as a makeshift shop and gallery by day, where fashion and art was sold exclusively to their friends. “Word of our mini-movement started spreading, and our parties turned into events, attracting bigger artists and musicians,” like Kreayshawn (of “Gucci Gucci” fame), who notoriously celebrated her twenty-second birthday at Freak City in 2011. Eventually, Freak City moved to its second location on Sunset Boulevard in the heart of Hollywood. After that, they claim, “things only got weirder.”

Freak City became a destination for spontaneous sets by nonconformists like Peaches, M.I.A., and Mykki Blanco, and Vally Girl was approached to style Nicki Minaj when she was supporting Britney Spears on her Femme Fatale tour in 2011. 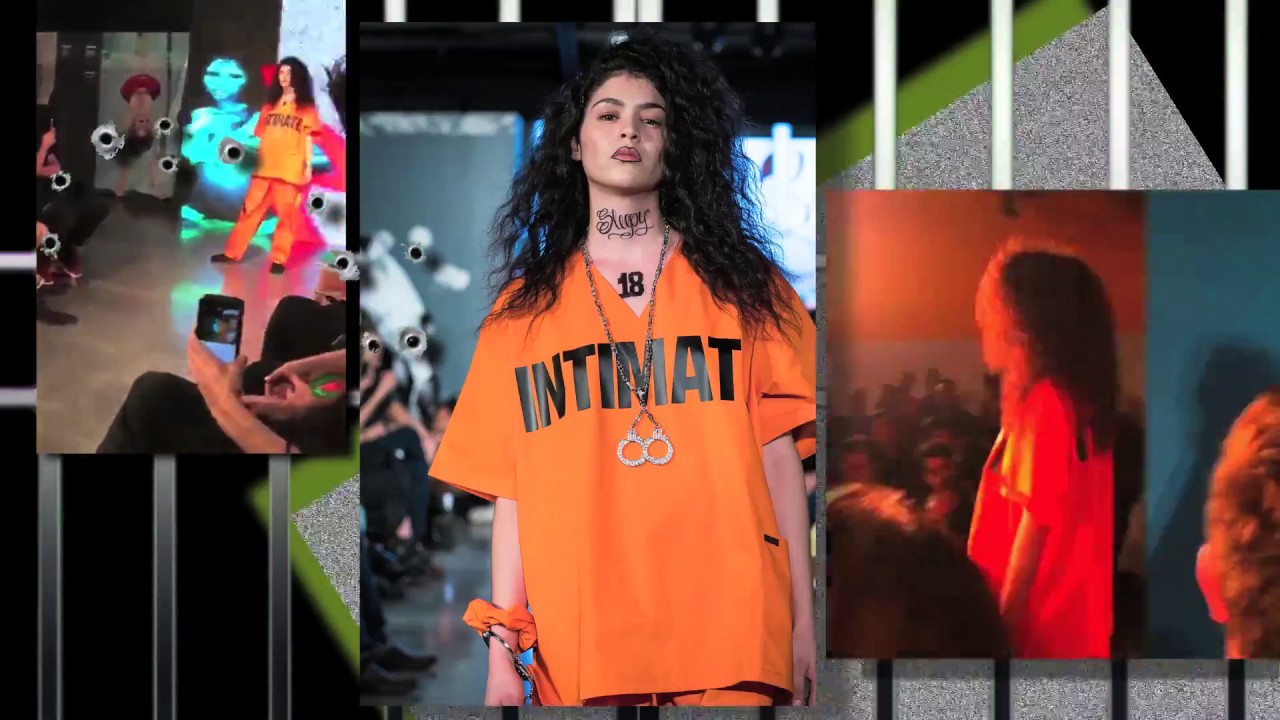 To celebrate the collection’s one-year anniversary and recent limited re-stock, we caught up with the founders of Freak City for Sound and Style, Electronic Beats’ vertical centered on the music world’s unique aesthetics. Vally Girl and Justin Time explain how they contrast the concept of “keeping it real” with counterfeit aesthetics, how they approach the fetishization of status symbols like brand logos, and how independent labels ensure their creative autonomy is kept alive.

Where do you draw inspiration?

We’re inspired by our home, the city of Los Angeles—from the streets in Boyle Heights to Beverly Hills, from skid row to Soho House.

What kind of music could we expect to hear at Freak City–do you have any particular favorite tracks?

At the moment, we mostly listen to meditative soundscapes, healing frequencies, and trap. Our musical taste is far and wide. We’re just as into instrumental music as we are into turn up music. Some of our favorites right now are Khruangbin, SiR, Phem, N8noface, Chicano Batman, Young Dolph, and, of course, Gucci Mane [whose music video for “Nothin On Ya” was filmed at Freak City]. That’s our typical playlist with mixed in experimental instrumentals.

Real recognize real. Especially in a place like Los Angeles, where people come here to try to be something that they’re not. Being born and raised in LA, it’s a lot easier to see through the bullshit. Part of why we left Hollywood was to get away from the fakeness and return to realness. At one point, we were inspired by counterfeit culture as an art medium, posing the question, “What’s real and what’s fake, and does it even matter?” We see a lot of fakeness succeed and realness fail, so it’s interesting on many levels beyond fashion. Through the years, our team has gotten smaller and our success has grown bigger because we’ve been able to focus with fewer distractions and have gone deeper underground. The saying, “Fake it ’til you make it” has never resonated with us. We’d rather make it so you never have to fake it.

You recently called out fast-fashion retailer SHEIN for stealing your designs from the Billie Eilish collection. How do you fight back against copycat practices in the fashion industry?

Communication is the key. Behind every company is a human being, and it’s important to start constructive conversations on how to work together instead of against each other. SHEIN has remained positive in sorting out the situation, and you never know, this might lead to bridging the gap between independent design and large-scale industries. We have to remember we are in the Instagram era of copy and paste, and most big brands don’t even know who they’re copying at the end of the day. The problem is hard to escape, but problem-solving is key.

Our work describes the idea of desire, love, lust, pleasure, and pain.

Have you considered that Freak City contributes to the fetishization of wealth, or do you see your creations as a creative way to express critique at such fetishization?

[At Freak City] it’s all about the art of the struggle. The hustle. The good and the bad, the pretty and the ugly. Making something from nothing. Our work describes the idea of desire, love, lust, pleasure, and pain.

All things that humans struggle with in this life. Most of our designs have subliminal messages/meanings and evoke questions more than answers, which is open for interpretation. We try not to show bias, and you don’t get to choose who appreciates your work. You can’t hate the player, hate the game.

This interview has been edited and condensed for clarity.