Disco started to go mutant before the backlash of 1979 compelled its producers to quit their exploration of punk, new wave, funk and dub combinations. As disco outsold rock for the first time during 1978, for instance, figures such as Arthur Russell, Michael Zilkha and Walter Gibbons were carrying dance music into dissonant territory as they added their left field touch to releases like Dinosaur’s “Kiss Me Again,” Cristina’s “Disco Clone” and Love Committee’s “Just As Long As I Got You.” But the shake-up arguably started even earlier, when Grace Jones recorded “I Need a Man,” “Sorry” and “That’s the Trouble” for the French label Orpheus between 1975-1977. Admittedly, Jones didn’t set out with any radical intent, her main concern being to switch from modelling to music. Yet these releases stand out as early studies in disco juxtaposition thanks to the way her stiff, gravelly voice combines so uneasily with the standardized disco-backing track. DJs and dancers could start to freak out in a different way. 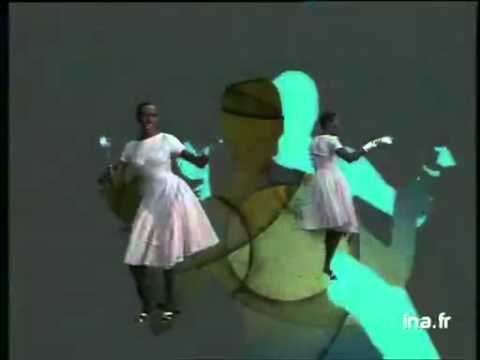 Jones went on to release three disco albums with Island, Portfolio (1977), Fame (1978) and Muse (1979), all of them now reissued as part of an elaborate box set. Given that pioneering disco remixer Tom Moulton produced all three, and given that Jones is now widely regarded as one of disco’s definitive divas, it’s easy to assume they amount to a landmark trilogy, with Jones now deemed by Island to have been a “natural choice” for Moulton following his work with The Three Degrees, MFSB and The Trammps. But whereas the gospel-R&B tradition produced what seemed like a small army of African-American divas who were able to connect with New York’s predominantly gay dance crowds through a sense of shared emotional hardship as well as a relentless will to survive, Jones cultivated an inverted diva persona that combined affectlessness, dominance and drag. And while dance crowds loved her stage persona and style, relations with Moulton soon turned strained. “Grace became very grand when it was time to do the album,” Moulton told me. “I guess the success went to her head. I finally got so mad I said, ‘Grace, it’s amazing that with so little talent you can please so many!’”

Chris Blackwell of Island picked up Portfolio once it had been completed and went on to release Fame and Muse, having heard about Jones through writer Nik Cohn, author of the article that inspired the making of Saturday Night Fever. “He was a friend of mine,” recounts Blackwell. “He said, ‘There’s this unbelievable looking Jamaican girl in New York, you should check her out, she wants to be a singer.” Ready to enter the disco market after making his name in ska, reggae and rock, Blackwell was all set to sign Jones based on her image. So he was pleasantly surprised when he listened to “La Vie En Rose,” a new track from the first album, and deemed it “unbelievable.” But the triple dose of musical covers that took up the whole of the first side were sonically insipid as well as ill-suited for Jones, whose voice seemed stiff when faced with the melodic-emotional demands of the form. “Do or Die” turned out to be the standout track on Fame yet fell short of Moulton’s finest work; the sequence of French language covers seemed to be made for lounge listening rather than dance floor play. Muse sank because of the backlash and also because it was the weakest of all three albums.

While Jones fans and disco collectors will rightly welcome this reissue, history suggests that the releases were somewhat out of time, delivering an instrumental backdrop that was already beginning to sound generic and presenting an artist whose sense of discord was a little ahead of its time. Jones would find her ultimate expression on her next three albums, the Compass Point trilogy, when Blackwell took control of the studio. Dub, rock, soul, funk and disco swerved and clashed to create a new form of cacophonous bliss. Whether other disco artists struggled to survive the backlash, Jones would relax into her mutant self.