Ever since Edison invented the phonograph—which coincidentally was compact enough to fit into its day’s standard travel luggage—we’ve been able to experience sounds from distant places and times without having to physically be there. Early recordists thus aimed to capture political speeches, ethnologic evidence of local and remote music practices or anything deemed worth presenting later. John Lomax and his sons gathered cowboy songs from the western United States and African American chants in the rural South, and Bela Bartok haunted Hungarian and Romanian villages with similar intentions. Soon these pioneers were joined by land surveyors, colonial officers and other travelers who recorded almost anything they could point their phonographs’ horns at. Over a century of sound collecting has created a worldwide archive whose volume is now breathtakingly vast. 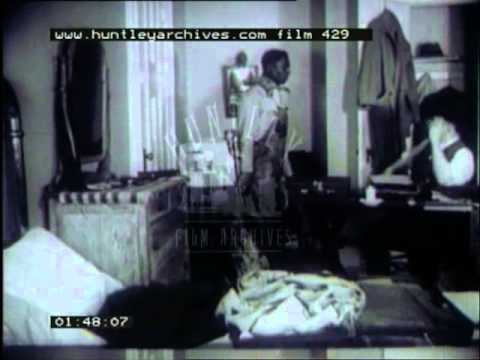 Once some experience had been gained with the recording process, it quickly occurred to recordists that there were more exotic audible objects of interest than just the outlandish musical efforts of unfamiliar people. Unfortunately, early recording mediums were so noise-ridden that it was nearly impossible to represent the diffuse soundscapes with any accuracy. But then, of course, there was progress. Together with sinking noise floors, a veritable movement of roamers has emerged that’s grown so large you’d have to watch not to bump your microphone into your neighbors’ in the forests of Sumatra or the brash ice of Franz Joseph Land.

Audio documents from the domains of bioacoustics, non-organic nature and man-made soundscapes are referred to with the English “field recordings,” even in German, as if it were a specific music genre just like jazz or K-pop, indicating that what began as a curiosity has developed its own aesthetic aspirations. Field recordings aren’t just documents. Often they are released just like a recording of music, complete with artist name, cover art, titles and professional mastering and distribution. Understandably so: those who didn’t grow up next to a gibbon colony or some other impressive source of non-human sound can encounter recorded aural experiences that put most musical endeavors to shame in terms of idiosyncrasy. If you spent weeks pushing directional mics through clouds of mosquitos to capture a scene beyond, you would very likely develop a sense of ownership toward the recording’s contents, as if you were the author of the sounds it contained.

Despite the endless fascination promised by traveling with a mic, the reason I remain very disinterested in employing field recordings for musical purposes is their profound contingency. As a philosophical term, “contingency” may refer to something that is neither necessary nor impossible. Let’s assume you sit at a keyboard and are asked to press just one key in order to test if a tone will emerge. You might press down a C3 or a G#1, both of which are possible, but not necessary, because any key would do. There is no hierarchy between the keys you could choose from (they all lead to a tone emerging)—unless you begin building relations between different notes over time (i.e.: create music). To me, field recordings tend to feel like a keyboard with a billion keys, each tuned to infinitesimally small intervals, until it resembles the status of a three-year old struggling to play a tune on a violin. 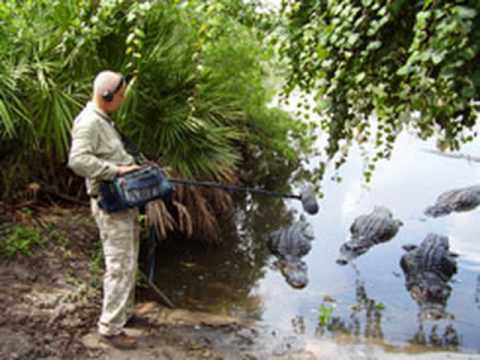 If you had just five recordings of one soundscape to chose from, maybe there would be a sense of necessity, but with months of audio captured from a zillion perspectives in rainforests, ice packs or any other “stable” complex sound-emanating system, we face the paradox of choice: the more options you have the less they mean. Only the “deficiencies”—the number of features represented better in a different recording—are amplified until nothing really does the source any justice. Any segment of audio would do, but with so much material to choose from there is no reason why these seven minutes should be cut to a record instead of those. And then if you have recordings from millions of soundscapes competing, it gets even worse: why choose this rain forest and not the one on the next island? In an age of excess information, contingency is the one quality you don’t want to waste your attention on.

Interestingly, modular synthesizers tend to be organized into systems that generate music that is structurally very close to the contingent qualities of field recordings just described. Despite the crowds engaging in patching cords, only a few records emerging from the modular revival have gained much attention or exhibit other indicators of cultural relevance. The few outstanding works on modulars seem to have in common a tendency to go against the grain of what connected modules usually tend to evoke. Max Loderbauer’s highly focused album Transparenz or James Holden’s The Inheritors, on which he seems to apply methods derived from working with the badly interfaced, but extremely interesting Buzz freeware, are two notable exceptions. Much else feels like pointless jams: the fun the producer experiences is married unhappily to the borderless boredom the listener feels once they can’t see the wires and say, “Wow, this looks so cool!”

That said, there is a certain irony in the fact that Anthony Child decided to merge these two notorious sources of contingency by linking the jungle of Maui and his modular setup in one record. Then again, the decision to do so seems somewhat indicative of how Child approaches the segments of the cultural field that he choses to plough. Under the Surgeon moniker, he maneuvered himself into a position that almost appears to be outside of time and space. His beats aren’t necessarily the most intricate, nor has he ever indulged in IDM-worthy processing excesses. Most of his works are floor-centered punchy techno indeed. Throughout his career he managed to avoid falling into the trap of sheer functionality, as many of his peers did emphatically. Most fads and fashions arrived and left without impinging upon his music. Yet every now and then the zeitgeist crosses Surgeon’s path—not vice versa. And at those times his output’s relevance is reasserted again and again. In combination with the long time he has spent creating, this has given his music an almost mythical appeal, as if it carries some ancient and prelinguistic truths.

Respectively, his work as Surgeon hasn’t been concerned so much with widening the scope of form and structure but rather with its vertical dimension: depth. Dense units of timbre (texture) and dynamics (enveloped impact over time) are sunk into the valleys between the beat’s peaks that punctuate the dark mass of his tracks. It appears fair to say that Electronic Recordings from Maui Jungle Vol.1 exhibits very similar qualities. If you expect to find convoluted structures or sprawling synthesis, you will be disappointed. In pieces such as “All Around And Inside” or “Mr Natural”, arpeggiated tones follow unspectacular patterns that wouldn’t be out of place in a neotrance record, although Childs’ timbres never get so aseptically slick. The triggers that drive the pieces that exhibit a less rhythm-driven time structure are kept similarly basic. In this way, the simple tonal sequences act as a kind of a carrier onto which the real action is modulated.

The emerging combinations of pitch and rhythm reach points of overflow, lose their contours for a moment, only to fall back into stable states. In this sense, the pieces have progressions and go through various developments, but none of this means there are hard cuts and dramatic turns. In its entirety, the record seems to document a concentrated normal state of the modular “ecosystem” that Child created. These pieces are never really taken to a point where they fray beyond recognition. Rather, just like a stretch of rain forest, they reach a stable system status that absorbs and survives most occasional excesses. The field recordings that pop up throughout the record are not particularly engaging or dynamic. Due to the lack of internal movement, they don’t tend to draw much attention. Since the synthesizer parts nested comfortably in this background don’t carry much complex tonal or structural information, one finds oneself in a listening mode that doesn’t suggest identifying signals, symbols or details, but rather sinks you deeply into wider textures and flow patterns. Anthony Child gets you there without applying any pressure whatsoever, which is another telling feature of how his music works its magic on our minds.

In a way contingency is a state that has spread out and infested most of our cultural output. With thousands of new tracks released every week in each subgenre of techno, simply looking for formal innovation as an indicator of possible relevance—which had remained the most significant such indicator in art throughout the 20th century—has probably become inappropriate. Explicitly diving into the mid range of possibilities, the banal and oversaturated, and pushing through to its rear boundary without redefining anything is probably as fulfilling an approach as occupying the few gaps between the exhausted mass of forms. Viewed this way, Child’s album is profoundly banal, yet highly relevant at the same time for aligning the very centers of all the aspects represented in it. There is one word that summarizes its state perfectly: essential.

Read more recommendations from our archive including Marcel Dettmann on the Zenker Brothers, Ricardo Villalobos on capitalism in music, Lotic on Beyoncé and much more.