Aesthetic observations about dance music feel trivial in the wake of the ongoing global conversation around racism and police brutality, and without a vaccine for COVID-19, nightlife as we know it is officially cancelled. But these events haven’t stopped the dance music industry from operating in some (questionable) capacity. For example, Awakenings Amsterdam had announced yet another online weekender with sets from a predictable lineup—which included no Black artists. The black square, it would seem, was enough. Awakenings, like many other European festivals who will inevitably follow suit, expect us all to acquiesce to this staggering tone deafness to our current moment for “business techno” as usual.

In my own personal experience and in conversation with other current techno artists in the field, this formulaic approach to curation and event production is informed by a concept I call “the idealized listening space.” This concept outlines a listening formula for the techno industry that is inherently Eurocentric, formed from a 30+ year process where the essence of techno records has been reconstructed and recalibrated by European producers to better fit the acoustics and architectural designs of cavernous, concrete nightlife spaces. By prioritizing these spaces (and the producers who have exclusive access to them), the industry has directly whitewashed global taste.

Shawn Reynaldo, in his ‘First Floor’ newsletter series, stated explicitly in edition #40 that, “The music industry has all kinds of unofficial rules and norms… and almost all of these rules and norms have been crafted by white people. Even worse, they’re not actually written down anywhere. People are just expected to know them, and if they don’t, they often struggle to even get their foot in the door.” I believe this is 100% true for the techno industry, and that it’s high time we begin to acknowledge and dismantle this process if we’re to see any kind of true equality and equity for the Black and POC musicians who are consistently left out of the conversation.

It begins with the production and playback of the music itself. In 2019, Lag, a producer and DJ from Serbia (not to be confused with Gqom forebearer DJ Lag of South Africa), published a short essay on Reddit about his experience DJing Berghain for the first time. The essay’s anecdotal content is charming enough, but his analysis of the space allowed me to dissect a particular aspect about the club as one influential listening space.

In the article, Lag outlines the acoustic aesthetics ingrained in the architectural design of Berghain that directly impacted his choices in selection during his set. He acknowledges in his essay that the Funktion 1 system, paired with the concrete cube construction of the space, demanded a style of music that is ultimately minimalist in composition. The room is so cavernous that the space between kick drums on a track has a mathematical obligation to stay below 140 BPM, such that the reverb and echo of the space doesn’t interfere with the listening experience on the floor. Such dissonance muddies up each kick’s “boom.”

Lag then goes into great detail about the types of tracks that have the most power on that floor. He establishes a dichotomy of “noisy” vs “minimal”—in that noisy tracks are defined by having more structural elements between the kick drums than minimal ones. Seminal, iconic works of early techno, like Jeff Mills’ “UFO,” by this definition, are considered noisy, versus what he describes as minimal tracks. These are tracks designed specifically with the club’s acoustic infrastructure in mind, such as “NN 8.0” by Norman Nodge, one of Berghain’s long-term residents. 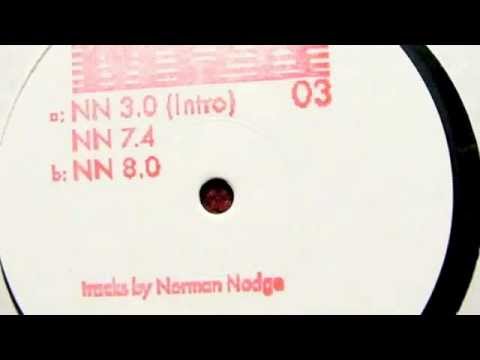 This brings me to critically examine this distinctly European-made convention, that techno and warehouse-type spaces must somehow go together intrinsically as the ideal listening environment.

Despite Detroit techno originating from a variety of environments and makeshift spaces of various acoustic differentials, modern producers like Dax J have even described his label Monnom Black’s latest release by Fractions as “modern day warehouse music.”

Historically, it goes that techno records from Detroit, created by Black artists as an expression of their lived experience in Detroit, made their way across the Atlantic in the 80’s and 90’s and were married to the empty concrete spaces of East Berlin after the fall of the Berlin Wall, unifying them as a singular aesthetic. European producers and DJs then began to overshadow the genre’s originators, subsequently changing the methodology of the music’s production to be specifically calibrated to fit Berlin’s newly-founded dance music institutions over the next 30 years.

Understanding that Berlin is “the” standing global cultural hub for techno music, we have become subconsciously colonized by a method of music production that aims to work optimally within the specific confines of this city’s most popular spaces. Other global techno communities have gone on to uncritically mimic this particular construction and ignore their own unique listening spaces.

We have considered the specific parameters of these places in Berlin to be the ideal listening environments, the standard for this music, for so long that when they were shuttered indefinitely, we were left with a large experiential void that the advent of online live-streaming could not fill satisfactorily. I consider this a reckoning of techno’s original Black roots, where the music need not be married to any one space, but instead be an expression of lived experience.

The effects of this institutional understanding of techno music will not go away despite the new racial and interpersonal paradigm shift. Black artists continue to be sidelined by major events—ones who will post black squares on their Instagram feeds in an act of performative solidarity but will not use their platform to uplift actual Black people. Furthermore, fans on Reddit, Soundcloud, and Facebook groups continue to rely on the racist and reductive statements like Black artists not being “good enough” (ie. not having acquired the accolades, the professionalism, the talent, the “sound”) to be on major festival or club lineups. In actuality, we have all been conditioned to expect a specific, whitewashed sound design and production aesthetic based on the analysis provided above. It is this conditioning, not any lack of talent or ability, that has led to Black artists being sidelined in this industry.

What the industry does instead is champion white DJs and producers for adhering to this formula, as seen in the latest Awakenings digital festival lineup. For those who argue that this gatekeeping is necessary to preserve a sense of quality, I would counter argue that this major collective conditioning has led us to expect the exact same formula of artistry replicated—even when there’s no real “warehouse” to physically be in. The unwritten rules we demand this music adhere to were based on severely limited, racially-informed parameters that effectively don’t exist right now. The idealized listening space, as such, never existed to begin with.

Marco Gomez is a DJ and producer known as False Witness. They have released music on labels such as GHE20G0TH1K, E-Missions, Jack Dept, and others. They are also a visual artist and a recent graduate of the Bard MFA program in New York. Follow them on Twitter @False_Witness