For years it seemed as if Patrick Cowley appeared out of nowhere to establish an impressive musical career in a brief period of time. He vanished just as quickly in 1982, when his life was cut tragically short by AIDS at the age of 32. Since then, millions have danced to his music and productions, and within certain circles Cowley enjoys a reputation as one of the most important artists in the history of club music. Still, Patrick Cowley the person has remained largely unexplored. There are countless entries in books and websites about disco that feature him, mostly rehashing the same handful of photographs and scant biographical details. There have been no interviews and no friends or collaborators telling their stories. Cowley the artist left us only his forward-thinking musical vision with which to speculate where the music came from.

When Cowley’s fame as a synth wizard skyrocketed in the early ’80s during the aftermath of the classic disco era, he was in the process of producing the first album by Indoor Life, led by his friend Jorge Socarras. Unlike his previous releases, it wasn’t music destined to shine under the glistening mirror balls of the world’s hedonistic palaces. Instead, it was dark and edgy—more post-punk or new wave than disco. Either way, it should have been proof that there was more to Patrick Cowley than the music that made him famous. In 2007, the seeds were sown for several reissues of Cowley’s moodier material—one of which would become Dark Entries’ recent Muscle Up—when John Hedges, head of the Hi-NRG label Megatone, moved house in San Francisco and invited local DJs from the Honey Soundsystem collective to help him sort through his archives. They discovered the original reels of the Catholic recordings in his basement and later introduced them to producer Stefan Goldmann, who happened to be a guest at one of their events. It was an honor for Stefan and myself to release the album on our Macro label two years later. All involved were certain that the world would be thrilled to discover another side of Cowley’s musical genius. 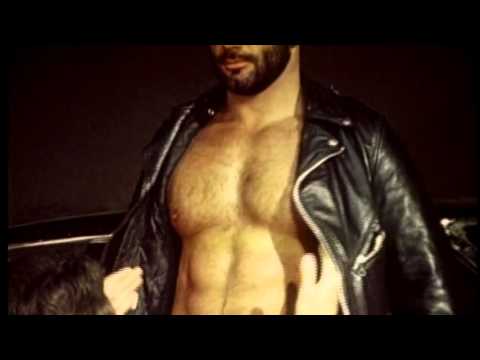 But our expectations couldn’t have been further from reality. Fans of Cowley’s Hi-NRG sound were not interested in a different, somewhat darker shade of the musician. The record’s lack of sales was disappointing to say the least. Thankfully Honey Soundsystem member Josh Cheon founded his label Dark Entries around the same time the original Catholic release came into being and has since been determined to find unreleased Patrick Cowley recordings. His hard work has paid off. Before re-releasing Catholic with additional material last year, Cheon released Cowley’s School Daze in 2013. The album is a collection of compositions recorded between 1973 and 1981 for gay porn films produced by the Fox Studio company. It’s not only a welcome piece to the puzzle of Cowley’s enigmatic persona, but also an invaluable testament to how outstanding his musical talent really was. The music is dense, atmospheric, stunningly inventive, and surely surpasses its functionality as the soundtrack for sex.

Enter 2015’s Muscle Up. The LP has a few more soundtrack excerpts where Cowley lures spaced-out atmospherics from his synths, which are both dark and enticing. But there are also heavy funk workouts that sound like they might stem from his college days jamming with Arthur Adcock and Maurice Tani. The album’s highlight is surely an alternate instrumental version of “I Need Somebody To Love Tonight”, one of the best tracks Cowley produced for disco legend Sylvester. More pieces to the puzzle indeed.

I’m sure there’s more to reveal from the vaults, and hopefully these different musical facets of Patrick Cowley—particularly those produced before he became famous—will be taken as seriously as the rest of his oeuvre. It really is about time.

This article originally appeared in the Fall 2015 issue of Electronic Beats Magazine. Click here to read more from our print issues. Finn Johannsen writes the Rewind column for Electronic Beats, which features interviews with Call Super, Flemming Dalum and more. Cover photo for this article via Dark Entries.