It’s easy to see why people love to hang out at Bikini Waxx Records, even if they’re not there to dig. It sits hidden in a courtyard, just meters from the commotion of Kreuzberg’s Skalitzer Strasse. After ringing the bell at the entrance and walking through the quaint, Berlin-style inner courtyard, it sits in a friendly, banana-colored yellow box. Considering the mythical popularity of other Berlin record shops, it’s one of the city’s best-kept secrets.

“It was a crack house,” jokes founder Gerd Tammist, who co-runs the shop collective with his colleagues Yannik Zander and Alexander Skancke. When the real estate agent initially showed the unit online to Tammist and Zander, it looked much different. “There were photos of a nice living room, with a TV set up and a couch and flowers,” recalls Zander. “But we came here, it was dark, there were two mattresses on the floor and there were no stairs.”

But despite recognizing the building’s originally decrepit state, Tammist knew it was the perfect spot. “We came here and just said, ‘This is the place.’ It just clicked straight away.” Evidence of the transformation from a dilapidated house to a contemporary record shop is almost unnoticeable. That’s partially because Tammist had been used to selling records in his actual living room on Blücherstrasse before relocating to his “new one” at Bikini Waxx’s brick-and-mortar shop.

When entering Bikini Waxx today, the vibe is incredibly different, but distinctly familiar. Posters of local events adorn the walls, and tables hold crates of records, tea, coffee machines and jugs of water. To get to the upper loft area—where there is a plush red couch, more used records and a few listening stations on a carpeted floor—the team replaced the rickety ladder with wooden stairs.

Tammist somewhat fell into selling new records on Discogs after studying music production at dBs in Berlin. He titled his online project and living-room dealing space Bikini Waxx Records in 2013. Tammist didn’t move the shop until two years later, when he relocated back—if only part-time—to his hometown of Tallinn, Estonia. Prior to moving, he had garnered a reputation for having a remarkably well-curated selection of new records. 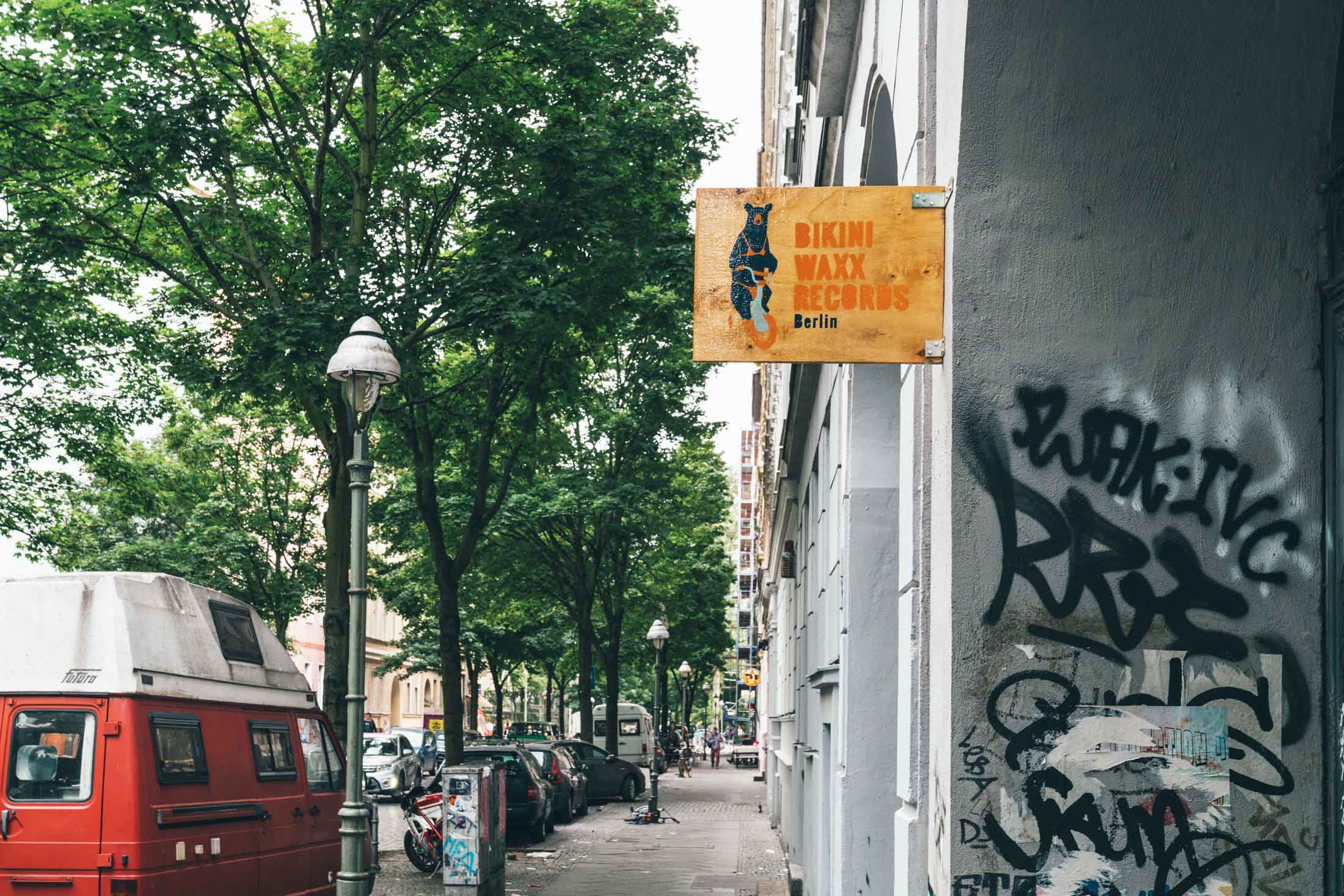 News of Tammist’s shop had spread across the dBs campus, which is how Zander and Tammist crossed paths. “You had to know Gerd,” Zander recalls. “At some point, [our mutual friend] George wrote in the [dBs] group that he was going to Gerd’s place, who is an exquisite vinyl dealer.” After spending most of his disposable income on records over the following year, Zander asked Gerd if he needed help running the shop. Instead of letting the project die off as he relocated back to Estonia, Tammist took the opportunity to keep the shop alive.

After taking possession of the new unit on Manteuffelstrasse and completing the electrical, painting and cleaning work required, the collective began to fill the space with records. They purchased a few large second-hand collections. “When we moved here, obviously we saw that we needed to get something in it,” says Tammist. In time, the customer reaction to second hand records began to alter the shop’s musical flavor. Now, there are only a handful of crates left with new records—the second-hand collections have all but taken over. The rest of the new stock are left to a precise filtration system. Esoteric categories like “Rominimal Trippy Dubby” nestle up next to “Immortal Techno Tools” and “Ambient Spiritual” selections.

It’s not just the tastes of the customers that have shifted. Since the team traded the living room for the shop and accepted help from Zander and Skancke, their musical preferences have undergone a collective change. And while the shop has certainly lost some customers because of this, Tammist says it’s also gained a collection of new ones. “It’s natural, everything changes and evolves,” he says. “That’s what the shop should be about, what it’s always been.” 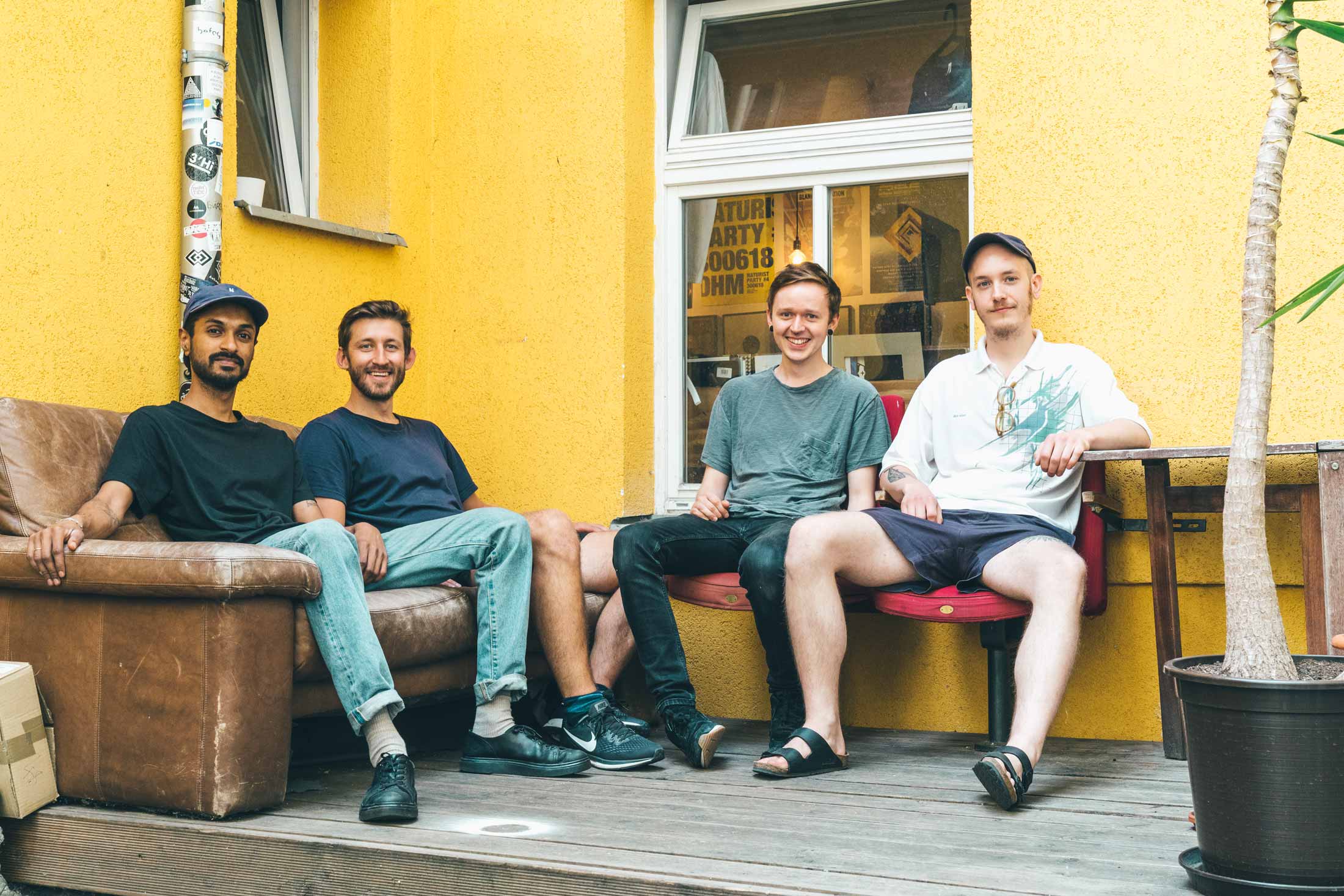 The Bikini Waxx collective is content with the ebb and flow of its musical selections. But the energy and approach in the shop remain the same: relaxed. That attitude stems from Tammist’s time dealing records in his home. “[That] was a natural environment,” he says. “Somebody came to your home, so you needed to treat them as your guest, as your friend.” Whether as a result of conscious action or not, it’s something that he feels has been translated to Bikini Waxx’s new home.

“I used to come here as a customer and it was always just super nice to spend a Saturday here with my friends,” says Skancke. “This really relaxed vibe in the city, during winter, for example—it’s just so enjoyable to sit here, even if you’re not listening to records.”

In the shop’s upper loft space on a fresh spring morning, spotted sunlight beams in through the windows while bird songs sporadically interrupt the conversation. Surrounded by the calming ambience of dusty records and the distinct warmth that comes from sitting on the second floor, it’s easy to imagine the scenario that Skancke recollects. 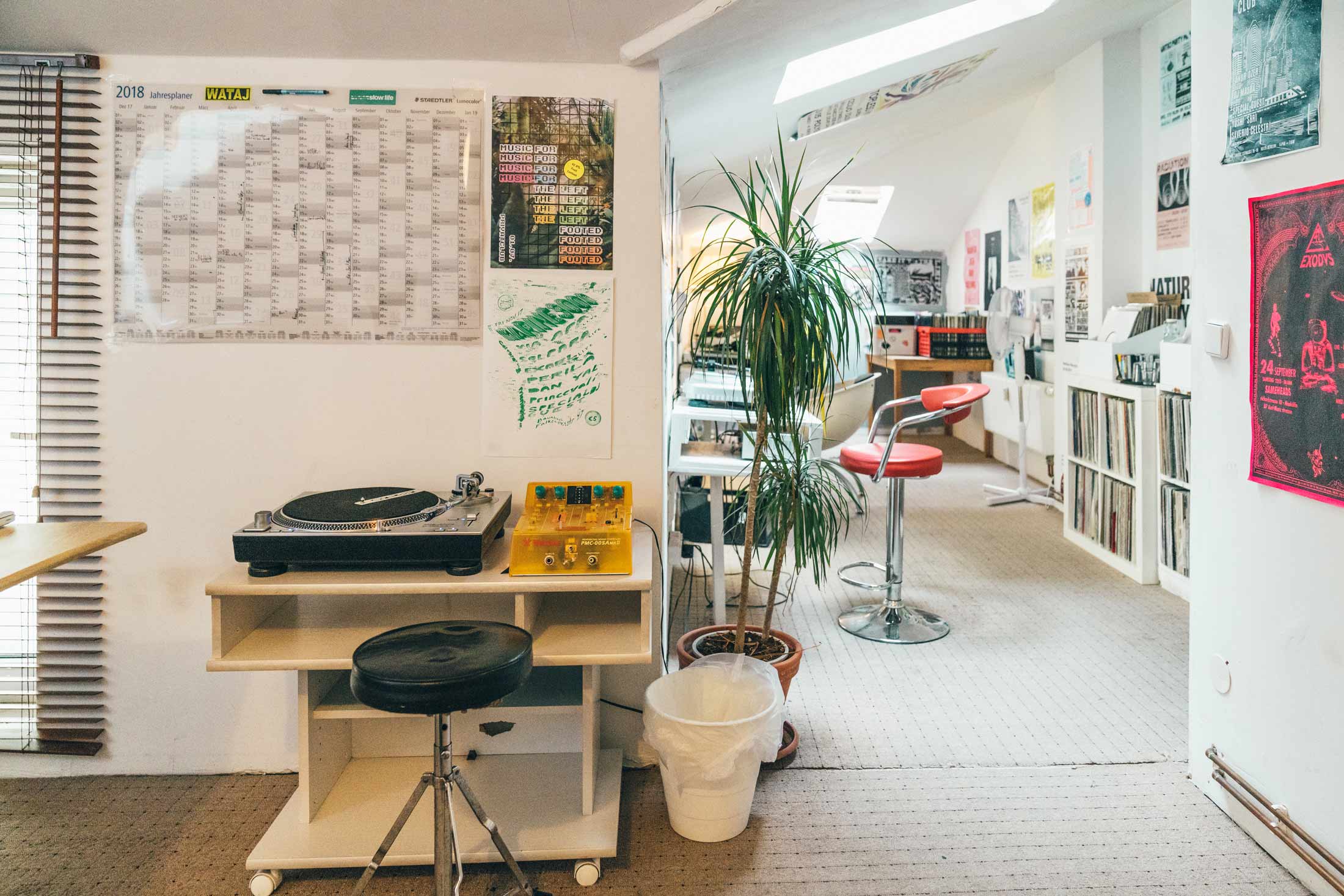 “If you have a physical space, you’re responsible for how the experience goes,” says Tammist. “From ringing the doorbell to paying and going out; the service, how we treat people—it’s all one big experience, and it has to be positive.” But sometimes too much isolation can take a toll on the customer influx. On slow days, it’s not the kind of shop that will attract many walk-ins. Zander remembers the first few shifts at the shop after opening, where almost no one came in.

Although today there isn’t always a queue of customers, the ones that come are likely to stay for a while. So much so, in fact, that the shop has had to push all of their infamous in-store parties to the wintertime. During the summer, customers hanging out in the courtyard can generate a little too much noise for those living above and beside the shop.

But like any home, life involves compromise with neighbors. “It’s still a house,” emphasizes Zander. “It feels like we are at home.”