The spirit of youth activism has been a force to be reckoned with long before its shift into the digital realm. Over the last twenty years, virtual networks have evolved so that, for young people across the world, the ability to affect real social change is no longer determined by locality. The systems that govern us can feel unshakeable, especially in a world where those most in need of progressive reform lack the power and resources to enact it. Yet now, unlike in the past when disenfranchisement meant a death knell for youth, civil, and minority rights, social media advancements make it more viable than ever to mobilize worldwide movements.

Social media activism is often accused of superficial posturing, however, there is also plenty of evidence towards its effectiveness. Consider the trending hashtags #BlackLivesMatter and #MeToo that changed the entire landscape of modern protest. Earlier this year, Dazed Magazine published an article investigating the “Greta effect,” a wave of synergic online activism that has “galvanized” young people. The potential to connect millions of protesters via one interface means that entire political systems can now be taken on through a modus operandi of global campaigning.

When it comes to youth activism, there is perhaps no better spokesperson on the matter than 20-year-old, Amsterdam-based Jahkini Bisselink. At 18-years-old, she was elected as a UN Youth Representative. Last year, she delivered a TEDxYouth@Maastricht talk “Why Youth Participation is Key”, wherein she posited, “More than half of the world’s population is under 30. So, first of all, it is your moral obligation to involve youth in your decision-making processes.” Throughout her career, she has used social media and other digital platforms to raise awareness about consciously engaging all young people, regardless of education or class status, to consider the changes they envision for their future. 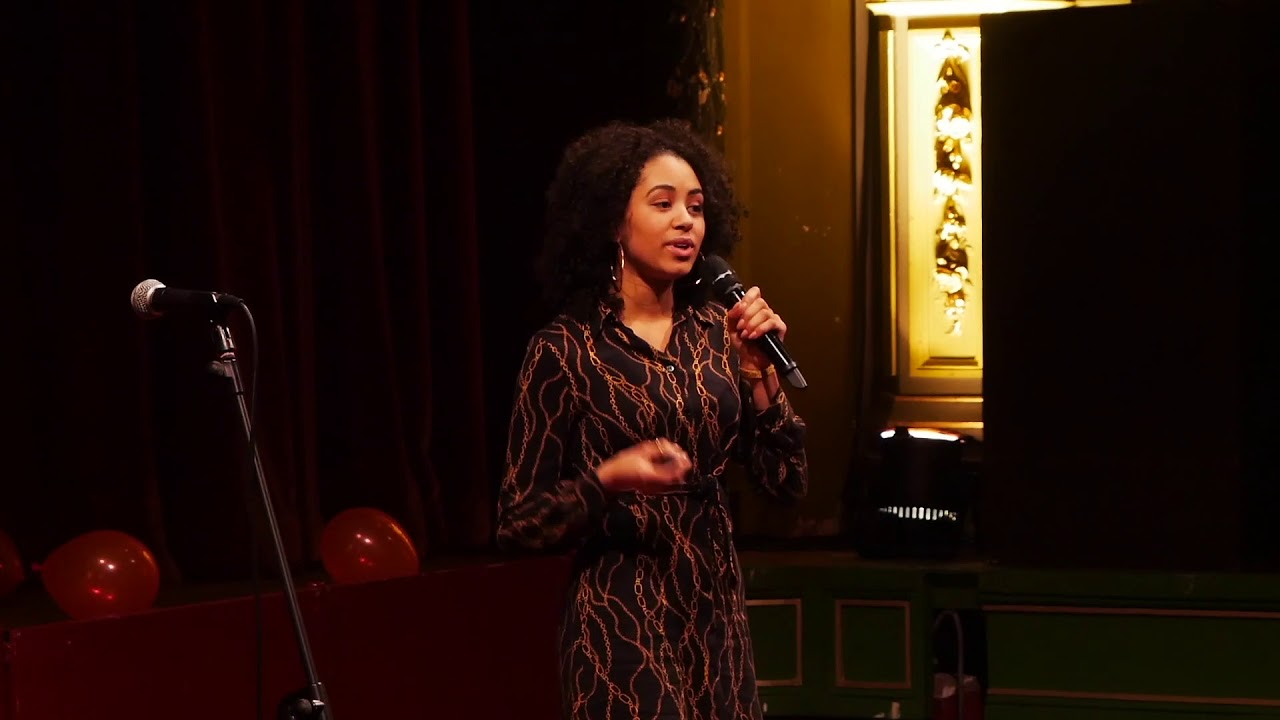 During our interview, I asked her what first motivated her to speak up. “Often you hear people saying we need to give young or marginalized people a voice,” she explains, “but I think the problem is not that they don’t have a voice. It’s just the fact that they’re not given a platform to speak out and be heard.” She also reminds her peer group that “you don’t need to save the world all by yourself—not all activism is involved within political structures.”

In few places does this message ring more true than in the dance music community, wherein as far back as the late 1960s, disco was inextricably tied to the gay liberation and counterculture movements sweeping the United States. Anarchic branches of activism continued to take root through the 1980s with increased visibility of LGBTQ+ communities, and then well into the anti-establishment and political rebellions of 1990s rave culture. Today, as widespread protests against systemic racism, police brutality, and black exploitation break out across the world, the music industry has risen up to take accountability for its role within the fight. Influential collectives such as NTS Radio have used their platform to speak up for racial justice, and support initiatives like The Bail Project and Inquest UK in an effort to educate and raise awareness both within and outside the industry. Bandcamp has also committed to effecting more lasting changes by donating profits to the NAACP Defense Fund, who work towards civil reform of policing and legal systems.

Pedro Marum, curator for WHOLE United Queer festival and politically-engaged activist in the queer feminist scene, speaks on the continuing legacy of dance music’s activism. “At moments like these, [young people] should redirect the energies we have towards mutual aid and reproductive labor,” they say. Mutual aid within communities and subcultures can gather support for causes and marginalized groups that are not prioritized at the national level.

As a woman of Dutch-Guyanese heritage, Bisselink also quickly realized the racial and gender biases within social reform once the idealism of young activism wore off. She points out that “internationally, most of the politicians are quite old, male and cis-gender.” That’s why there is so much misrepresentation of citizen interests and why the Western political agendas in particular often skew in favor of this narrow caucus. However, this revelation revitalized her commitment to her cause: “it’s a given that everyone should be in the discussion,” she states.

While Bisselink pushes top-down changes via institutional means (now having opened a consultancy business dedicated to specifically this), the dance music underground operates on a bottom-up scale. The scene’s dedication to its marginalized members is at a grassroots level—outside of established political arenas, as they historically always have been.

The Berlin Collective Action: Nightlife Emergency Fund, is one example of this. The initiative has independently raised funds of over €45,000 for BIPOC, queer, trans and non-binary people, sex workers, non-EU migrants, and freelancers—and the organizations who work with them—without access to financial support during COVID-19. Berlin-based queer and femme-forward initiative Room 4 Resistance is another contemporary collective that aims to bring “politics back to the dancefloor” by giving underrepresented artists in dance music a space to speak out.

Thanks to the rise of social media, young people and collectives alike now have platforms to direct the political discussion for the first time. They can protect their rights, and those of others by forming indissoluble global unions. In late April, Room 4 Resistance launched the project Solidarity Funds for Refugee Women in Berlin-Brandenburg, using their visibility to advocate for the underserved and partake in a reciprocal chain of activism. New York based collective Women in Music, are also rallying together to vocalise their solidarity for Black Lives Matter movement, by posting statements that encourage others to “use their voice and  resources”, and directly support black owned labels and artists. Subcultures in house and techno scenes are calling out for underground labels to empower themselves by featuring more black artists for talent over tokenism, in community-led efforts to dismantle a deep-rooted cycle of commodification and marginalization.

Charitable music compilations, with disparate contributors from all over the world, organized through social media and private Facebook groups, have also proven to distribute aid where it is most urgent. In 2018, Houston label Maija created a compilation series, Exhibition, with tracks by M.E.S.H, Santa Muerte, and Debit, which donated all its profits towards reuniting families at the US-Mexico border. There have also been fundraising projects by Chuquimamani-Condori, AKA Elysia Crampton, for the American Indian Movement SoCal Chapter, by the Discwoman collective and New Jersey’s Allergy Season for the Brooklyn Community Bail Fund, and PTP’s Puerto Rico Hurricane relief effort, among others.

This self-empowered activism shows no signs of slowing down, as, in the last months, amidst the Black Lives Matter momentum, Berlin’s PAN records gave all of their profits towards BLM organizations throughout June; meanwhile Amsterdam-based club night X3 (made up of DJs Lyzza and Serene) raised over €14k for the Freedom Fund, the National Bail Fund Network, the Black Archives, and the Audre Lorde Project; and DJs and producers matched one another’s Minnesota Freedom Fund donations on Twitter and Instagram.

Through newly-evolved platforms, young people finally have the visibility and the tools to drive forward their agendas. In her TEDx Talk, Jahkini refers to the Dutch word for society, ‘samenleving’, which literally translates as ‘living together’, as a way to reframe our societies’ individualism as interdependence. Gen Z’s open-minded and technologically-savvy activists have inspired a wave of other groups around the world to join them—contributing to a collective outcry for change that can’t be suppressed.