Earlier this year, Jayda G (a.k.a. Jayda Guy) released Significant Changes, her disco-fueled debut LP on Ninja Tune. Just looking at the title gives a hint at the kind of year that the Canadian DJ has had. Though she’s long been on her way (we called her breakthrough back at the beginning of 2017), it was really in 2019 that she came into her own as an artist on the international touring circuit. That’s as much for releases like her aforementioned debut LP as it is for the personality that she brings to her cathartic disco and house-filled DJ sets.

On the theme of big changes, she recently traded Berlin for London, and she’s working on bringing elements of her academic background as an environmental toxicologist into her work. Frequent TEB contributor Elizabeth Claire Herring met with Guy in London to learn more. 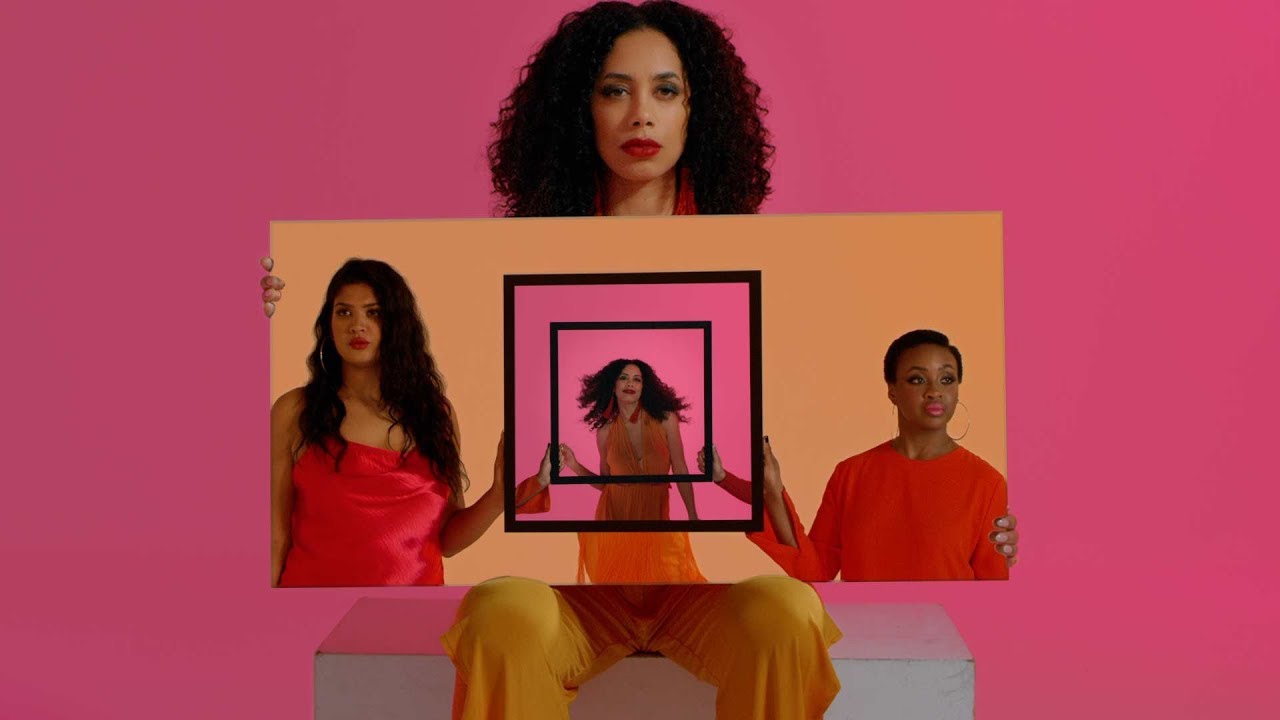 When did you get to your new place in London, and how is the move going?

Was it hard to leave Berlin?
Yes and no. In June I was chilling in Berlin, and met all these new people I thought maybe I could build a community with, and maybe I can deal with the German language, but as soon as I moved to London it was like…oh yeah this was the best decision.

I wouldn’t have changed going to Berlin for the world; it essentially changed my life, but it was a hard change. It’s a hard place to live! I can’t knock the Berlin experience. I learned what I’m capable of. It really made me appreciate where I’m from, and what it’s like to be a foreign person in a foreign country. It’s really difficult to move to another place where you don’t speak the language and don’t understand the culture, but it wasn’t for lack of trying!

It’s nice to hear your perspective on living in Berlin, I think many realities of living in this city take a while to unfold, and it’s nice when these thoughts are given space. Do you have any examples of how the language barrier was a problem as a DJ?
I didn’t partake so much in the party culture because the language barrier made me feel unsafe in more instances than not. For instance, I was going out in London the other night, and some guy was going around touching people and being disrespectful. Most of the women noticed immediately and had security take him out. In Berlin, I wouldn’t know if the person was malicious or just open sexually, because I couldn’t communicate well enough.

Last time we spoke you mentioned you had a new manager and overall team. Can you speak to the career changes that 2019 has brought you?
Things had been changing a bit anyways since I played Boiler Room in 2017. I started playing bigger shows, more people recognized me, but things have changed drastically in 2019, to the point where I can’t even really process what’s happened because I’ve been working through the changes, and I’ve had to adapt to everything quickly. The team is really new. I am fortunate to have people working with me. I work well with my manager and his assistant, and that has been a godsend. 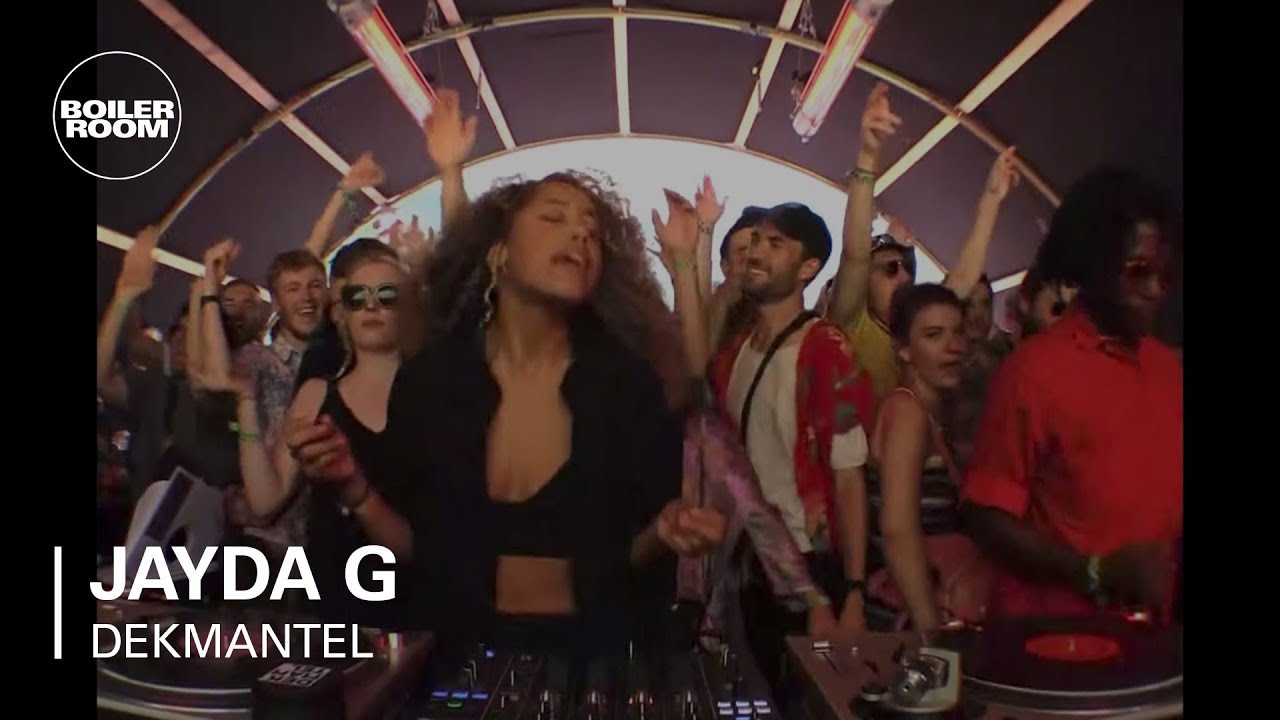 The biggest thing that no one talks about as an artist is what happens after you release a successful debut album. As an artist, you start by creating the content. You set the stage, get the idea of what you are creating and you try to produce work that makes you happy. When you finally have something to show for it, then you throw it out into the world and—woohoo! Yay! It’s done.

I didn’t realize what kind of aftermath there would be, and that’s when having a manager comes in handy. When you are working with a label—which has been new for me because I’ve been self-releasing with underground labels until now—immediately, as soon as I handed in the work, things amped up considerably. Then I had to start making big decisions while learning a new way of communicating in the music industry. It’s an entire culture.

What has been an overwhelmingly positive aspect to these changes?

With everything came a different level of understanding about my artwork and who I am. I see now how much more of a platform I have and realizing that people listen, which is really cool. That part is something that I think most DJs don’t take stock of. I am an intelligent person with many interests outside of clubbing, and I feel like I can use my platform to inform people and lift them up. That is something I’m really grateful for in this process.

How do you think your career growth has made you stronger?
I’ve had to work hard to make my inner voice louder because the outside noise gets really overwhelming. Opportunities come really fast, and you have to make quick decisions and listen to your gut and try not to be overpowered by other people saying this is cool or that’s amazing, do this do that. In the end, they’re not on the platform for whatever reason. It was given to you and you have to do the best you can in the time you are given, because you aren’t given as much time as you think.

Can you speak about your upcoming work having to do with environmental toxicology?
I’ve been hosting these JMG talks, and I’ve been keeping my love for science alive. It’s been really gratifying.

I did a few talks in February during my DJ residency at Phonox, and after that I just went for it. I had another talk in May, and it went super well. People have been enjoying them, they actually came and engaged with the questions! I really thought no one was going to come, but they did!

It was super cool, I saw people learning about work they never knew existed, and on top of that, it was really gratifying for the scientists I invited. When you work in science and the academic arena, the only other people you talk to in depth about your work are other scientists. There’s a huge pressure to showcase your intelligence which is a really anxiety-inducing pressure that creates judgement.

Coming to my talks was validating for the scientists involved because they were talking to people who weren’t there to judge them or quiz them on if their stats were right and how well they did they methodology. People were just there to learn. The presenters are ultimately making their work to show to the greater world, so it’s been fantastic to watch.

What are some unexpected results you’ve found from combining dance music and environmental toxicology?
Academia is a dinosaur of a system. It has its own rules and constructs. Consequently, there are people working on things that we won’t find out about in five years. The amount of work that has been done in the academic world that we don’t know about as a public is vast, and it sucks!

Applying my knowledge from the academic world to a different arena and seeing what sticks is the biggest difference, for me, working as a scientist moving into an artistic arena. Combining the two practices opens up a dialogue that normally would not happen in an academic field. It’s cool! My degree was interdisciplinary, and this is truly interdisciplinary work.

I work in dance music, which is not environmentally friendly at all. And we’re wondering what the industry can do about it. Ultimately, the responsibility to be environmentally conscious should not be put on the consumer. The industry should function so that various options are presented to the consumer so that they can make easy, conscious decisions. What should happen is that our governments should be held accountable for providing us options and putting money into research to allow us to live sustainably, because the research is there. The only way we can do that is by voting, holding our governments accountable and keeping ourselves informed. And that’s why I do the talks, I can inform people. If you can create empathy towards a problem, then people will care more about it.

Absolutely! Before we wrap things up, I just want to ask some quick questions: What are some of your current musical influences?
Dev Hynes / Blood Orange, Kindness, Solange, the new Tyler the Creator… I listen to a lot of contemporary R&B, that informs me even though I play house music!

What’s your track of 2019?
It’s the Masters at Work remix of Childish Gambino’s “This is America”. I’ve been playing it out a lot.

What is your favorite Podcast right now?
I listen to The Daily every day, and another one that is super nerdy and not for everyone, called Ologies with Allie Ward where basically she picks a study and interviews some scientist who is an expert for an hour! It’s really nerdy, but it makes me very happy!