The cover of Julianna Barwick’s new album Healing Is A Miracle looks like a snapshot from another planet. In reality, it’s a photo of the Icelandic coastline by Joel Kazuo Knoernschild (who also shot the video for first single, “Inspirit“), but the alien terrain perfectly suits Barwick’s ethereal creations. A master of swirling vocal loops and lustrous reverb, she’s garnered all sorts of acclaim over the years, but given the otherworldly nature of her music, she’s also run up against frequent assumptions that she’s some sort of “gentle fairy creature” or “super boring New Age person.”

Back in 2009, a New York Times writeup of one of her shows was brazenly titled “Meet the New Enya.” Back then, she pushed back against these characterizations, but these days she’s more willing to laugh them off, even admitting that they weren’t completely off base. “I’ve always had little hippie tendencies, pretty much my whole life,” she says. “I burn sage a lot and have some crystals around.” 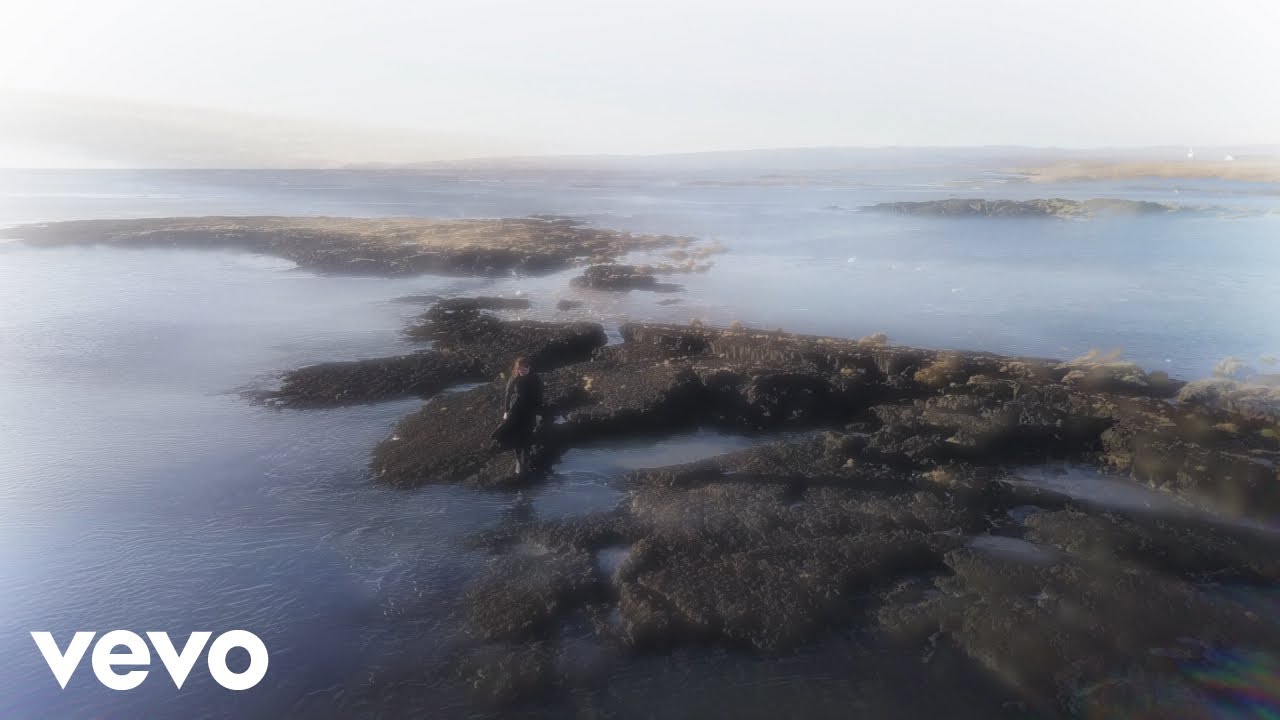 Luckily for Barwick, her “hippie tendencies” are par for the course in Los Angeles, where she’s been living since late 2016 following a 16-year stint in New York. “I’ve definitely become more in tune with nature here,” she says. “I went to the beach all the time in New York, but out here, I’m going to the mountains, going to the ocean, going to the desert, and I feel like those kinds of landscapes are just so moving for me. I soak it all up when I’m in those places and store it for good memories and also to draw from when I’m making stuff.”

It was at home in L.A. that Barwick made Healing Is A Miracle, her fourth full-length and first for Ninja Tune. Sitting somewhere between lush ambient and soaring devotional music, the album is full of angelic vocal loops and ethereal sonic manipulations, and though the record isn’t directly inspired by Barwick’s sunny new surroundings, the change in zip code did give way to a few tweaks in her recording process. “I have my own little house and it’s very, very, very, very, very quiet,” she says. “When I was recording myself in Brooklyn, unless I was in some kind of studio, there was a lot of editing out of helicopters and sirens and train rumbles and all those kinds of things.”

Having her own space also allowed for a simple, albeit important addition to her set-up: studio monitors. A birthday present from close friends Jónsi (of Sigur Rós fame) and his partner Alex Somers (who produced her 2013 album Nepenthe), they allowed Barwick to get outside of her head and literally feel the music. “Every record I’d ever made, everything I’d ever composed, I made with my laptop and headphones,” she says. “Once I started experimenting with making music with monitors, feeling the bass and it being really encompassing on a completely different level in a completely different way, that definitely influenced the process.” At the same time, they were perhaps more of an upgrade than a wholesale revamp. “It was still mostly me and GarageBand,” she laughs. “It’s always me sitting down at the piano or sitting down with a fun vocal effects pedal. Then I just hit record. I don’t know how I would do it any other way.” 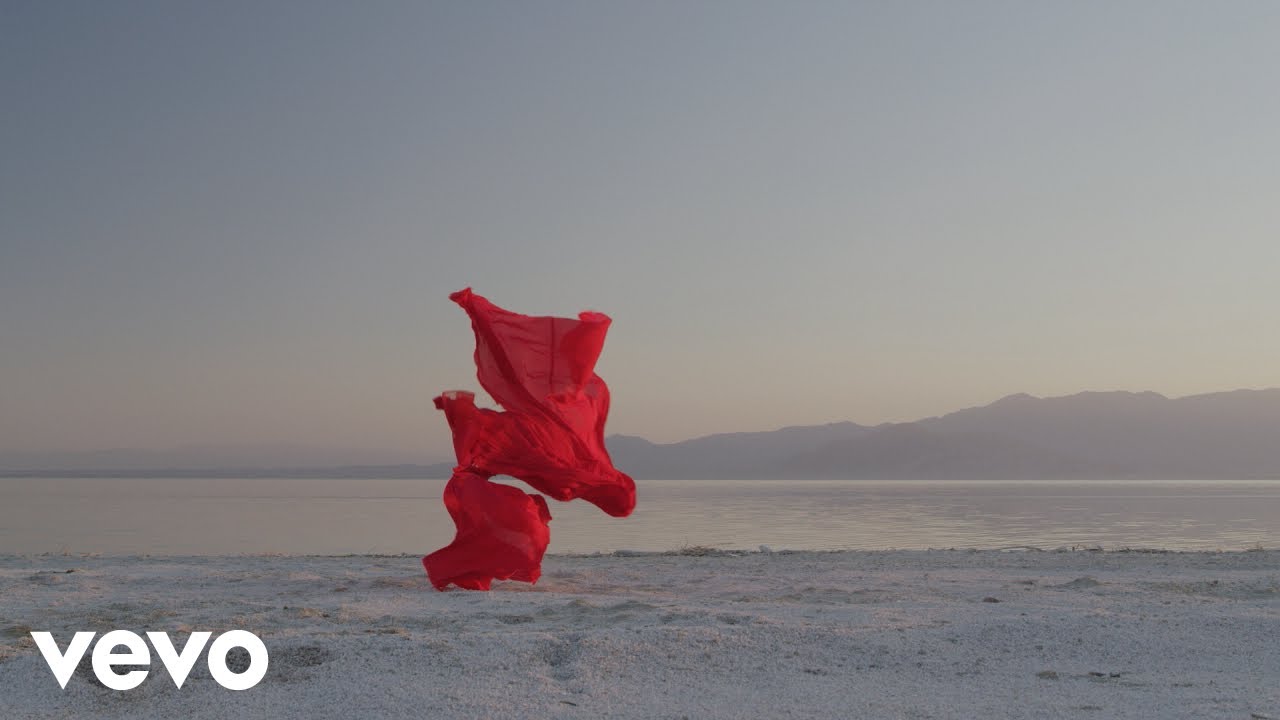 Although Barwick mostly works alone, Healing Is A Miracle features an impressive slate of guests, including harpist Mary Lattimore and LA beatmaker Nosaj Thing. However, it was her collaboration with the aforementioned Jónsi on the song “In Light” that Barwick describes as a life-changing experience. “I’ve been a huge fan of Sigur Rós since 2000,” she says excitedly. “One of my favorite concerts of all time was Sigur Rós in 2002 at the Beacon Theatre in New York, but I didn’t meet Jónsi until I recorded with Alex in 2012. I was a nervous fangirl. I just think he’s so amazing and I love his voice more than anything.”

After putting together a sketch she describes as a “really sad, dark, warpy strings thing,” Barwick worked up the courage to ask Jónsi if he’d be willing to sing on it and was delighted when he said yes. “On the original recording, I was doing that thing I do where I’m not really saying words and I’m just singing,” she explains. “I really just wanted Jónsi to harmonize with me, but he was like, ‘Great, you should write lyrics.’ So I wrote lyrics, which of course, I’ve never really done for any of my records. That was a real first.”

Her anxiety didn’t end there. “I went over to his studio and he had me re-record my vocals,” she remembers. “To sing into a microphone, into thin air, with Jónsi listening…Even though he’s my friend, I was trying to do my best singing with the best singer in the world in the room. That was a lot of pressure, but of course I was also pinching myself because it was a real dream of mine and I was just dying to hear our voices together.”

Barwick’s love for Jónsi’s voice may be uniquely intense, but she’s always been drawn to vocal acrobatics. As a high school student in Tulsa, Oklahoma—where her family had moved following previous stints in Missouri and Louisiana—she was “deeply obsessed” with Björk and Tori Amos. “The only time I slept outside all night for concert tickets was for Tori Amos,” she says with a laugh. “I was front row center and it was in Tulsa for the Boys for Pele tour.” Like most teenagers, she spent lots of time dissecting music with her friends, and also fondly recalls many nights spent dancing at a local nightclub called Ikon.

Even before that though, music was a huge part of Barwick’s childhood. She’d repeatedly check out the soundtracks for films like Somewhere in Time and Yentl from the local library and “play them nonstop.” There was a piano at home, and Barwick also played clarinet, took private voice lessons and participated in numerous choir groups. “I was always singing,” she says. “I feel like I’ve driven people crazy in my life with the amount of singing that I just unconsciously do. As a kid, I was constantly making up little melodies. I would harmonize with the radio, which my sister detested.” Barwick’s mother was also a singer—she was part of a group called the True Life Singers—and while the two of them didn’t really perform together, they would sing hymns side by side in church, which the family attended several times per week.

Religion isn’t a significant part of Barwick’s adult life, but remnants of her spiritual upbringing do continue to color her music, at least aesthetically. “A lot of hymns are really very emotional,” she says, “and sometimes sorrowful and slow and beautiful.” Many of those same descriptors could be applied to the rapturous melodies and fluttering choirs of Healing Is A Miracle, despite the fact that the album isn’t actually a reference to any sort of higher power. On the contrary, Barwick explains that it’s rooted in “the concept of physical healing seeming miraculous and Marvel-esque, like superhuman-esque, but that it’s not—it’s just what our bodies do.”

The LP’s title might indicate otherwise, but Barwick didn’t imagine the album as some sort of musical balm for folks who are hurting. Still, it arrives at a time when the world feels particularly fraught, and even the comfort of familiar routines is often unavailable. As excited as Barwick is to share her new album, she’s also longing to get out of the house and back on the road.

“I really miss being in Europe on my own for three weeks and [traveling] from place to place,” she says. “I love schlepping my stuff and seeing such beautiful places, meeting new friends and eating new foods. I’m so lucky that I’ve been able to see so many parts of this world, just because I decided to start making weird music in my bedroom once upon a time. It’s the best. I’ll never take that for granted.”

Looking back at her career now, not even that old Enya headline can get her down. As ridiculous as it was, Barwick is no longer embarrassed by the comparison, and maybe even feels a bit flattered. “We had every single Enya CD in the house growing up,” she recalls. “I know a lot of people who say the same thing. Our parents loved Enya, but sometimes I’ll go back and listen to her music and it’s mind blowing. I hear her influence over almost all of my favorite musicians, whether it’s intentional or not. It’s bad ass. It really is.”

Three from my collaborators on Healing Is a Miracle, one throwback, and one that inspires/connotes. 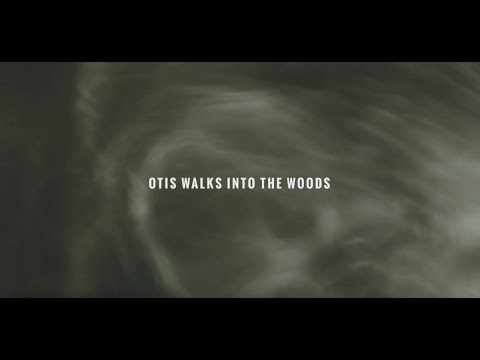 This might be my favorite song to see Mary perform. I saw her play it many times, but her performance of it at the FORM festival last year in Arcosanti was particularly leveling—bordering on black metal zones. 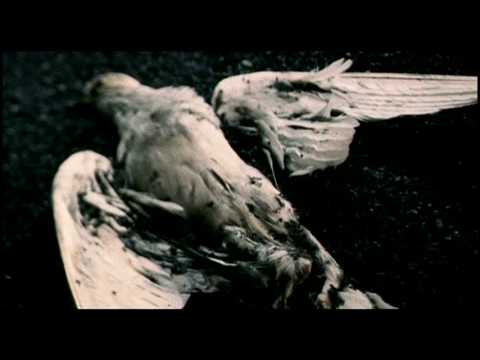 This one is from the early days of my obsession with Sigur Rós and Jónsi’s voice. I often say that my favorite musical combination is sad and beautiful and boy, this is that. 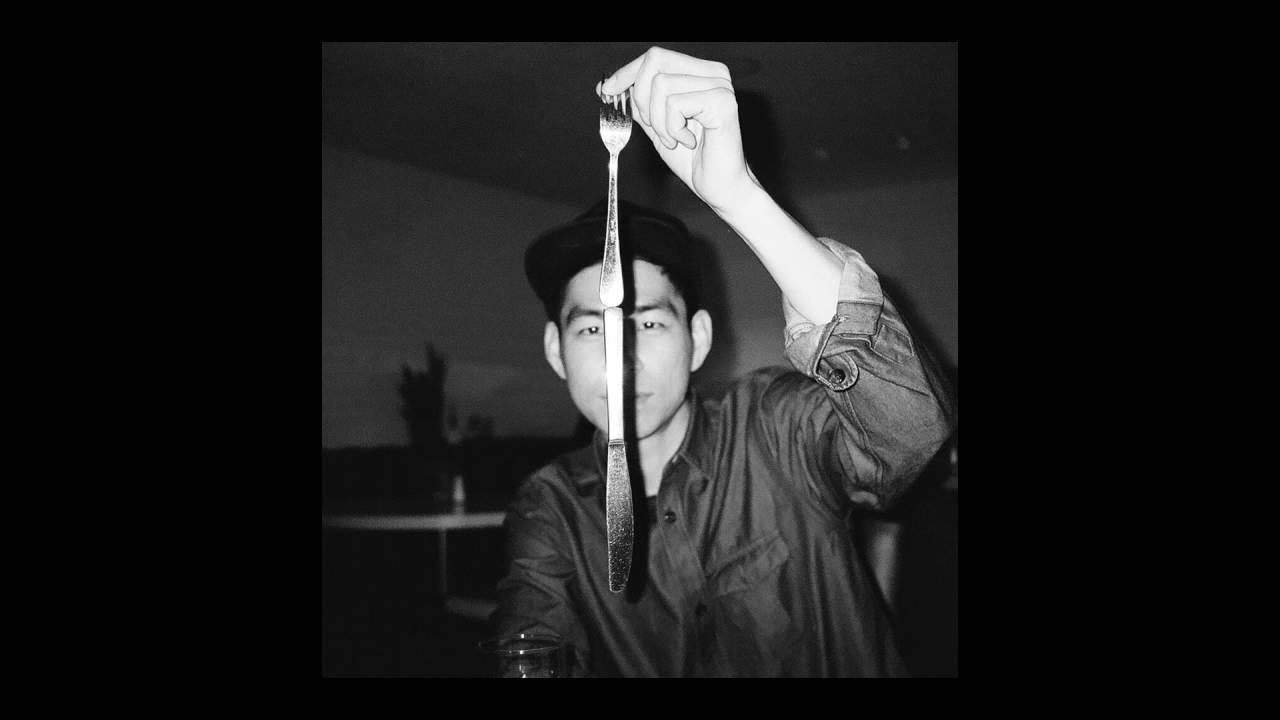 I love this track from him. His beats and samples are all on display, coming together in his distinct way. Initially I wanted Jason to produce the whole record, but our schedules didn’t allow it this time. Maybe next time. 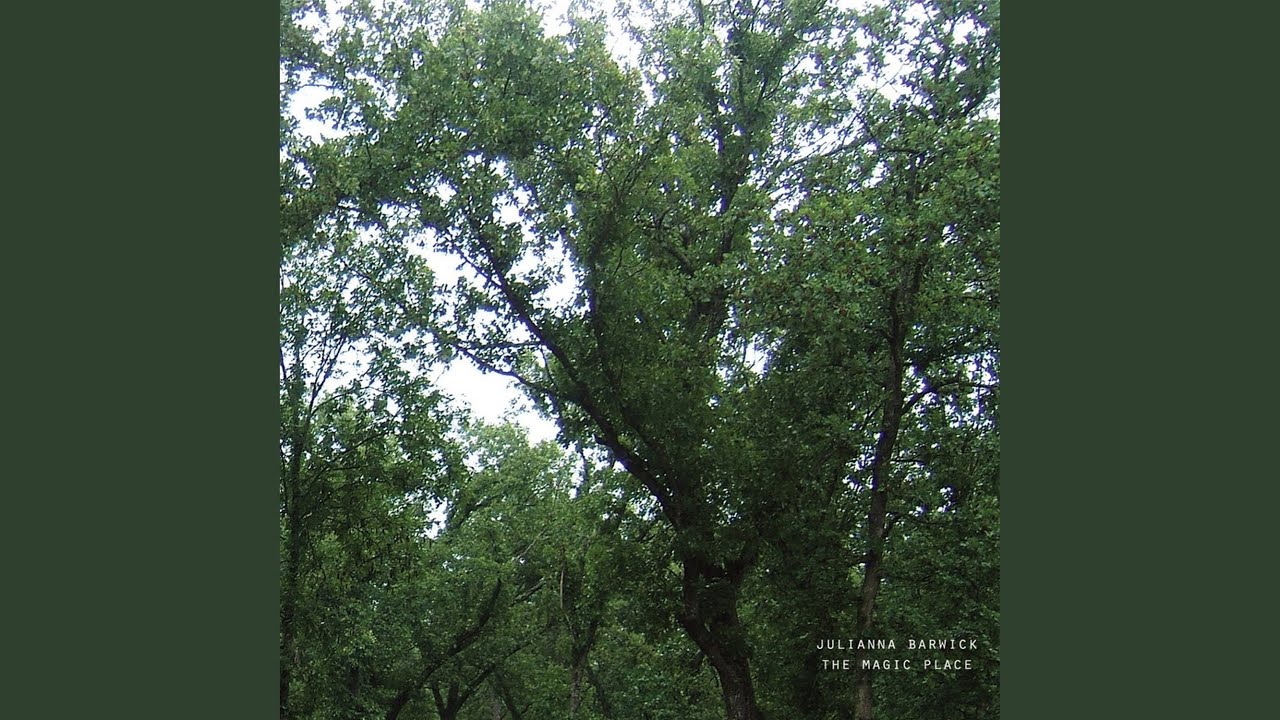 To me, Healing Is a Miracle is a throwback to The Magic Place in a lot of ways, some of which were intentional. When I think of how I felt while making The Magic Place, this song comes up easily, and I have always loved performing it, often as a closer. 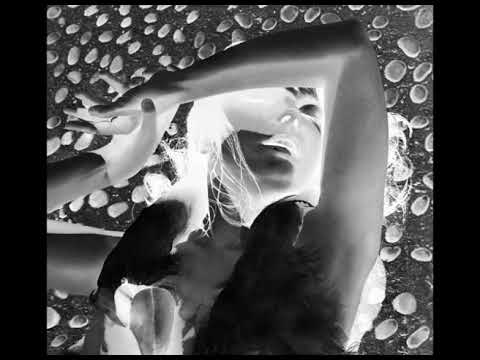 I had forgotten that I ordered Vespertine on vinyl until it arrived at my door yesterday. Björk changed my life, and these songs mean even more to me after all this time. I had such an emotional experience listening to it yesterday, loud, on vinyl.

Shawn Reynaldo is a freelance writer based in Barcelona and the author of a weekly newsletter called First Floor. Find him on Twitter.