The timing of Katharsis, one of Amsterdam’s biggest techno raves, is no accident. The annual collaboration between two local techno promoter groups, Beukplaten’s Damage Control project and Reaktor Events, occurs once a year during Dekmantel, an electronic music weekender that combines the format of a major music festival (three days, outside, about 10,000 attendees) with tastefully curated bookings from the underground clubbing milieu. Katharsis has taken place in a massive former peanut factory in the city’s industrial west called Warehouse Elementenstraat since 2015, Dekmantel’s third year, and now counts as one of the finest festival after-parties—if not one of Europe’s best and wildest raves. This year’s edition featured two nights of heavy hitters including DVS1, In Aeternam Vale, Adam X, Broken English Club and Paula Temple, all of whom played to the venue’s dark and industrial atmosphere.

The space opened for events in 2013 following a 20-year closure and soon became the go-to site of Holland’s largest raves and techno parties like HYTE and Welcome To The Future. The interior itself was clearly crafted with an eye towards events like Katharsis: large projection screens extend across the rear walls of its two immense concrete rooms, strips of LED lights and fixtures are fastened to the ceilings and a professional sound team operates its Funktion One system. This attention to detail—which mercifully included air conditioning and a token system to streamline drink purchases—reified the reputation for professionalism that Reaktor has cultivated over the past three years. The challenge of throwing a multi-thousand-person rave is a difficult task in and of itself; to create a comfortable, immersive and profoundly unique A/V experience is remarkable.

Europe’s techno aficionados have clearly recognized the promoter group’s tremendous skill. Last year’s run of Katharsis featured “only” 13 acts, but this year’s edition featured 25 artists and lasted two nights, both of which sold out before doors opened. It was, as a friend aptly put it, a “triple-black-diamond” rave that was certainly not for the faint-hearted. And while headliners like DVS1 and Tommy Four Seven brought the heat on Friday, Saturday night was clearly the principal attraction. Thousands of black-clad ravers writhed throughout the huge rooms and sat against the back walls while underground mainstays like Broken English Club and Alexey Volkov delivered pummeling EBM, industrial and electro at 140 beats per minute. 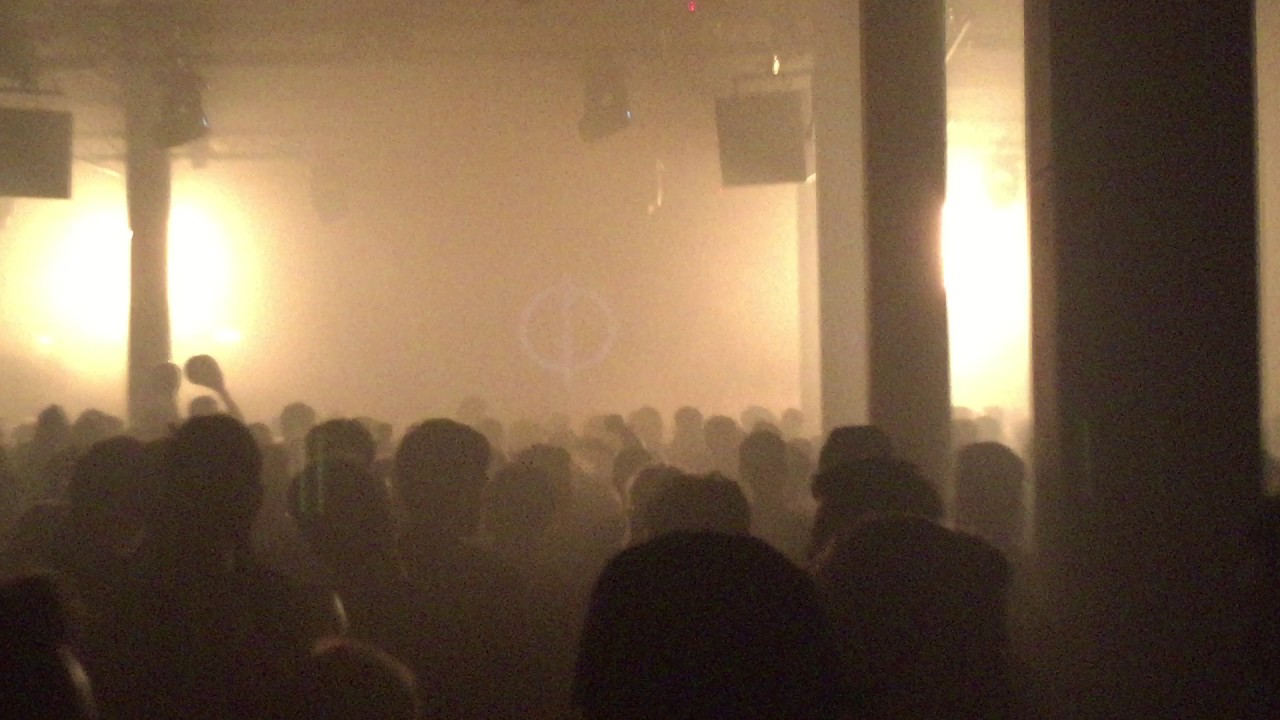 For us, the most memorable set of the weekend came from Orphx and JK Flesh. The live partnership between the Sonic Groove affiliates and the ex-contributor to the grindcore band Napalm Death occurs rarely but is incredibly powerful in its impact. While Orphx’s Rich Oddie and Christina Sealey blasted nihilistic techno-punk and frantic modular contortions, JK Flesh released bludgeoning vocals into the crowd, screaming into effects pedals that gave his voice a metallic tang. These serrated frequencies were paired with violent red lights and palpitating black background images, many of them evoking witchcraft, suicide and death.

While this kind of wild-eyed experimentalism may not have appealed to as many people as the more traditional industrial functionality of Ron Morelli and Adam X, they represent Reaktor’s penchant for intensity and risk-taking following a mainstream festival designed to appeal to a large international crowd. “The kind of pleasure I would consider the real pleasure,” reads a quote on the Katharsis Facebook page, “would be so deep, so intense, so overwhelming that I couldn’t survive it.” The passage comes from the 20th century French social theorist Michel Foucault, and, while the philosophical reference is heavy-handed, it does appropriately describe the two-night party. Katharsis is certainly intense and at times overwhelming, but it’s one of the more professional and authentic parties being thrown on a large scale—and one of the best-curated in the world of underground techno.