In a warehouse somewhere in Brooklyn, queer safe space party SPINOFF GABBER is coming to a close. The dystopian rave stabs of Sperminator’s “No Women Allowed” mingle in the yellow-tinged smoke as Kilbourne launches into the final set of the night. The 1992 hit, which she cuts after the tagline, serves as a wink to the politics she stands for. Her own track “Bleached Whale” comes in next, seducing the crowd for a moment with its purring, shunting kicks. There’s a sickly rush of synths and crotchety drums followed by a piercing female cry, and then—Kilbourne balls up her fists in preparation—the sonic dam breaks.

Over the last few years, Ashe Kilbourne has become entrenched in the “new school” hardcore scene that’s been rising up around the world. Even though she didn’t start off making hardcore, she has been a devotee for most of her adolescence. “Nothing has made me feel so unleashed and excited before,” she explains over the phone from the New York apartment she shares with DJs Phoneg1rl and NK Badtz Maru. “From way back in high school and playing it really loud to going to Dutch festivals and seeing it live in this huge spectacle, I love it!”

Kilbourne’s latest EP came out this summer on legendary New York label Industrial Strength Records, something she considers “cuckoo” as a self-professed outsider to the scene. NJ Terror contains four tracks of buzzsaw speedcore with cantankerous metal inflections, like guitar riffs and screamo vocals, all set to a careening 200-250 BPM. The record seethes with the reckless energy and humor characteristic of this hardcore subgenre, which is extremely fast, obnoxious and freakishly fun.

An homage to the US hardcore punk-electronics scene that Industrial Strength represents, NJ Terror shows Kilbourne’s sensitivity and self-awareness as a younger artist moving through this scene. On the EP, she filters the scene’s steeped history through her own lens, creating a sound that feels at once genuine and purist, but also exciting and fresh. “I really do want to try to be faithful to whatever my understanding of this music is,” she says. 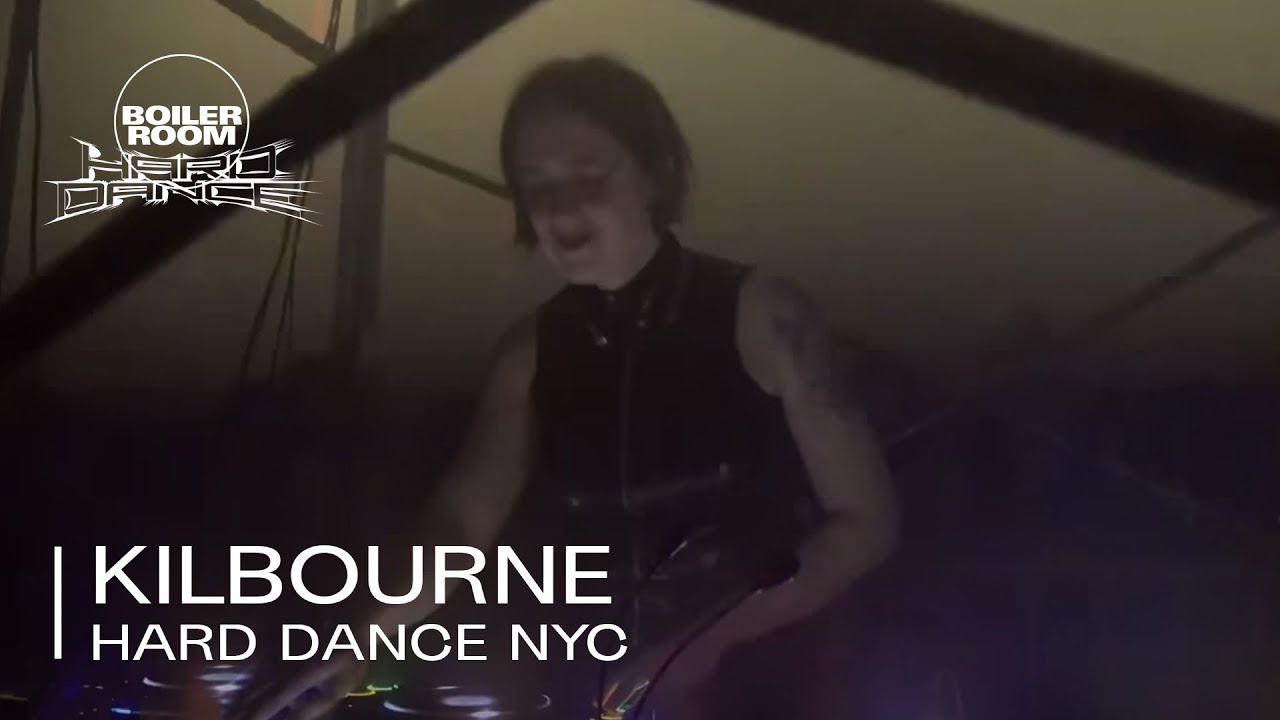 2016 was a turning point for Kilbourne.  She self-released Sourland and 18 Songs in quick succession, and it’s on these two records that we can hear her musical transition from the bricolage-club KUNQ affiliate she was to the “harder styles” artist she’s become. 18 Songs compiles 18 illicit remixes of popular songs that were lost when her SoundCloud account was mercilessly deleted in 2015—including a rudeboy version of Benny Benasi’s ‘00s hit “Satisfaction” and a femme booty rework of Omarion’s “Post To Be” featuring only Jhene Aiko’s vocals. Though angry at the time of the deletion, the incident provoked her to begin writing music that was more personal and emotionally driven, resulting in Sourland.

“With Sourland, I wasn’t thinking about genre or form as much as wanting to try and write something that felt expressive of the head state I was in,” she says. The EP processes intense feelings of trauma, violence and physical pain, all of which are intimately connected to Kilbourne’s experiences as a trans woman. She was very vocal about Sourland‘s underlying thematics when it first came out; today she’s more wary about revealing the full emotional psychology behind her music. “I’d rather move towards just doing the thing and letting that speak for itself,” she explains. “Some of the songs I’ve been working on recently are about intense dysphoria and feeling out of step with my body, but I really hope at this point you can understand that in a more abstracted and intuitive way.”

Kilbourne’s personal and musical identities are inextricably bound together. She discovered club music as she was starting to feel trans—both “really messy and volatile” experiences, as she described in an interview with Mask—and gender politics formed a big part of her practice in the beginning. Her four years at Wesleyan University in Connecticut, where she first began to produce club music and identify as queer, were particularly formative. In her junior year, Kilbourne lived in a queer house and was involved in throwing explicitly queer parties in frat houses. There, she joined queer collective KUNQ, an eight-member crew of diverse artists and musicians that formed around a party in Cambridge, Massachusetts before relocating to New York.

Kilbourne admits she’s been less involved in political organising recently, although her music remains politically aware and engaged—even as she acknowledges the limitations of activism within a club context. “It’s really important to have dance music that empowers marginalised people and communities, but I also have a more sober view now that this isn’t undoing structural racism and misogyny and classism,” she says.

One way Kilbourne expresses her politics is through her choice of bookings. She prefers to play events outside of mainstream club and bar culture, aligning herself mostly with queer and female-focused organisations. She’s become a regular at SPINOFF GABBER in New York and played at likeminded events throughout Europe, such as Boo Hoo in Berlin, UNITI in London, Macao in Milan and Creepy Teepee Festival in the Czech Republic.

While living in Connecticut, Kilbourne started playing guitar and writing lyrics. She formed the grindcore band PYKA with two friends, culminating in the 11-track Bandcamp release TOO FEMME TOO FURIOUS. Other noisy band projects followed. Ghüla, her latest, is a punk four-piece featuring Kilbourne on drums—which she’s only been playing for a year. There’s also grindcore band Cicada, which evolved during a stint living in New Orleans, where Kilbourne relocated after graduating from Wesleyan. The track “Honey” from NJ Terror is dedicated to Kilbourne’s former Cicada bandmate, who sadly passed away. Opening with washes of melancholic synths and moody breakbeats, it’s a beautiful example of how tender and vulnerable this allegedly macho style of dance music can be.

The wounded tenderness lingering beneath the brutal sound design and sledgehammer kicks lends Kilbourne’s music its potency. She uses hardcore’s heightened drama and strength but also presents a softer, more fragile side in counterpoint. As she explained to Groove magazine: “I love how hardcore allows me to sit with simultaneous feelings of anger, euphoria, vulnerability, and hurt,” a range of emotions that translates into her dynamic DJ sets and radio shows for Toxic Sickness and Rinse FM.

Her mixes journey through tempos and substyles with the reverence of a “music nerd,” which she describes herself as repeatedly. And, wherever she can, she’ll nod to her female peers and personal role models, like Somniac One and Miss Hysteria in the Netherlands or her roommate Phoneg1rl, who has been a guest on her radio show, Toxic Sickness. She may not say it about herself, but Kilbourne is quickly becoming a role model for other women and people in the queer community aspiring to join the burgeoning “new school” hardcore scene. We need more artists like Kilbourne, who are fierce, fragile and willing to bare both sides of themselves to the world.