Young house music producers in Chicago took cues from the raw, highly functional spin on America’s disco heritage that was popular in clubs and on Hot Mix 5’s iconic radio show on the WBMX station. The originators were less concerned with longevity than hearing their records played by the likes of Ron Hardy or Frankie Knuckles, and however addictive their rhythms and wild piano chords were, they didn’t aim too high in terms of traditional musicianship.

So from very early on, Larry Heard’s music stood out. He was a “real” musician with credentials as a professional drummer and keyboard player, and his music reflected his personality from the start: deep, introverted and sometimes melancholic. Club functionality didn’t appear to be his top priority, but his tracks were still highly danceable. All the records he released in the mid- to late ’80s under his most noted alias, Mr. Fingers, and with Robert Owens and Ron Wilson as Fingers Inc. became classics, as did many others that would follow. Heard, like the rest of the Windy City pioneers, aspired to fame. However, it always seemed as if his career did not unfold as he hoped it would.

Another Side was originally released on Jack Trax, a UK imprint that specialized in importing landmark Chicago house to Europe. Like Mr. Fingers’ Amnesia, the album combined tracks previously released on Chicago outlets like Trax and DJ International with new material and came out in 1988, a year when rising interest in the new dance sounds from across the pond gave way to the acid house movement in the UK. Rather than cashing in on then-current hype, both Another Side and Amnesia were regarded as peerless masterpieces and proof that club music can work perfectly in the extended album format.

Yet Heard’s compositions were not solely responsible for the record’s lasting appeal. Owens’ voice is as legendary as Heard himself, lending a bittersweet quality to the atmospheric melancholia of his songs. His interpretations of “Mysteries Of Love” and “Can You Feel It” transform the original tracks into something truly other. There are so many moments, especially on the sadder songs as “Shadows” or “Bye Bye,” where you just want to embrace him, but he is perfectly capable of sultriness (“Feelin’ Sleazy”) and bossing the floor (“Music Take Me Up,” “Bring Down The Walls”). The lower but no less skillful voice of Wilson is Owens’ perfect counterpart, best shown on “A Love Of My Own,” which erupts into one of the most magnificent choruses I’ve ever heard. 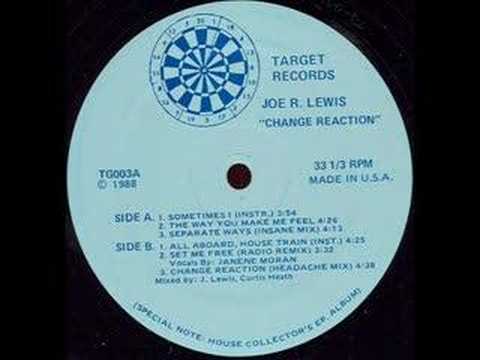 I can still vividly remember pulling Another Side out of a bargain bin when it first came out, listening to it in its entirety at home, and being thoroughly moved by the experience, despite having heard most of the tracks before. That experience has not changed upon re-listens. But that bargain bin incident, however fortunate for me, is also unfortunately typical for Larry Heard’s career. His creative and commercial ambitions were never fully realized. NME writer Simon Witter’s original liner notes for Another Side contained statements about the notoriously shady dealings of the Chicago labels, but the major deal Heard landed with MCA in the ’90s went sour as well. Lured by the promise of being able to work with greats like Chaka Khan, the company ultimately neglected his potential, even though his Introspective LP as Mr. Fingers was a commercial and critical success. That was the last straw after years of bad experiences in the music business, and it left him disillusioned.

For music collectors, that this album is now accessible for a reasonable price with the fine remastering and repackaging typical of Clone-supervised reissues, is a blessing. I highly recommend opting for the vinyl edition—now presented across three records—as the new CD version, like the original, omits the entire fourth side due to format limitations. At least now there are downloads as well. Whatever you settle on, Another Side is essential listening.