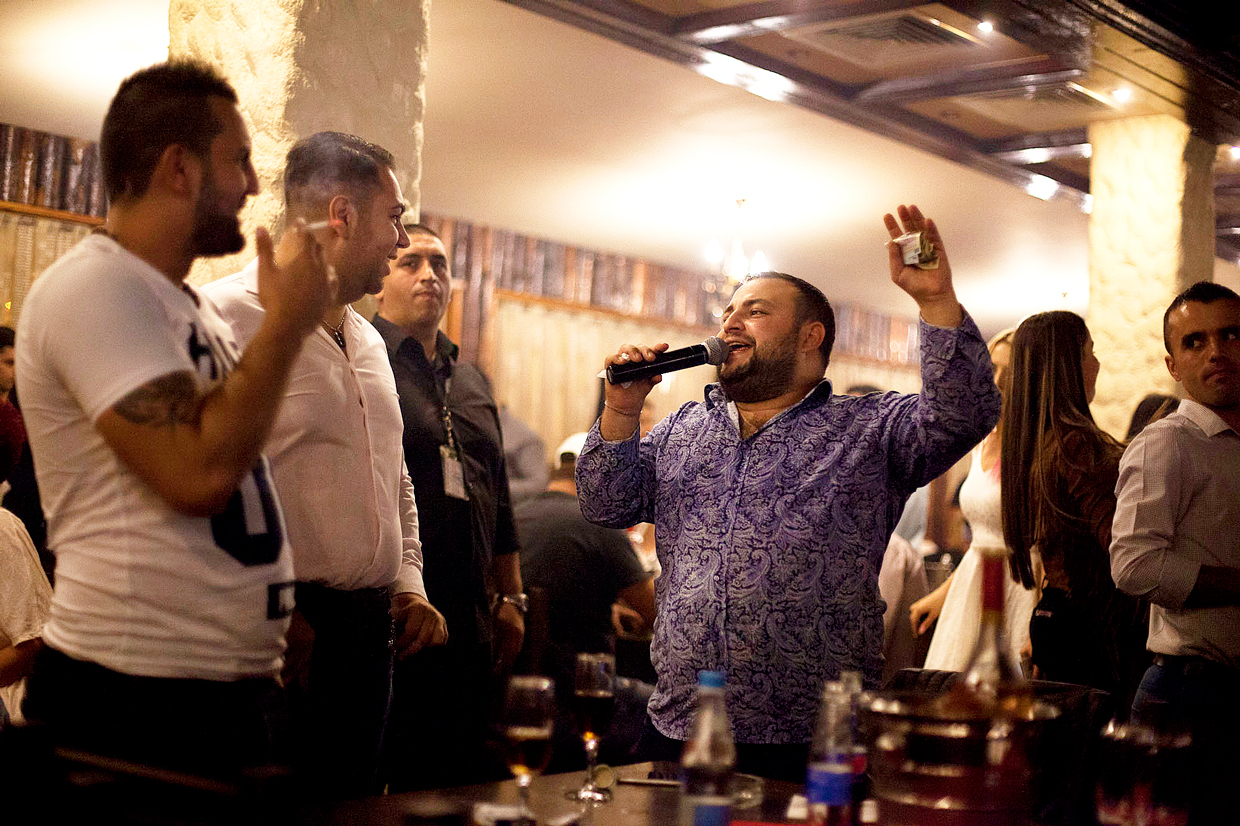 Manele is a musical genre that has engulfed the entire Balkans over the past 30 years. Its linguistic origin dates back to the Ottoman Empire, and the word manea is Turkish for “song.” At its core, it represents a kind of contemporary Romani wedding music that has spread across the region under different names, like tallava, chalga, kuchek and “turbo-folk,” with each style developing its own distinct flavors and modulations according to region.

Although manele began in the wedding industry, it has spilled over into mainstream music. For decades, a constant exchange has existed between the countries involved in manele. Tunes from Bulgaria were reproduced over the border with Romanian lyrics, Albanians covered Romanian manele hits in Albanian and Romanians often borrowed from the Serbian turbo-folk scene. As a result, these exchanges transgress copyright logic and instead tailor manele to local demands. In that sense, manele artists have created a sort of musical shortcut, taking synthesizer workstations, reprogramming them for manele grooves and mixing them with traditional Roma styles. These artists have no qualms about lifting tunes and melodies—from Serbian and Bulgarian hits to the “manelizing” of American R&B.

It’s a tendency not unlike that of sampling or remix culture. Emerging manele bands in the ’80s and ’90s replaced traditional instruments with electric guitars and synthesizers and were ready to absorb any and all influences, from pop and oriental to folk and electronic. Nowadays we call this nascent music, for lack of a better term, “proto-manele.” It represents a transitional period and marks a time before manele matured and became the regional norm in the Balkans and Southeastern Europe. This transitional stage was represented in ’90s Romania by the Eurostar label, which was focused on “Cântece de Petrecere,” or “music for parties,” as they titled a series of proto-manele releases.

From there, a significant, albeit marginalized, scene exploded with hundreds of manele bands appearing all over the country. Anyone living in Romania back then was exposed to this trend, whether they liked it or not. Before the crystallization of the genre at the turn of the millennium, manele germinated hybrids with hip-hop and dance music while at the same time producing mature artistic voices such as Adrian “Adi” Minune, Florin Salam and Dan Draghici. Although this music originally appeared at restaurant parties and weddings, it since developed into an active club scene, which allowed a continuation of wedding logic and behavior outside the ceremony itself.

This also went hand in hand with transcending linguistic norms in manele singing. For example, Dan Armeanca, one of the first to revolutionize wedding music in Romania, used to sing in Arabic. To this day, it’s debated whether he was speaking proper Arabic or just phonetically voicing the words. And there is a precedent for the latter: in Romania in the ’60s and ’70s, rock bands often played Beatles and Rolling Stones covers while singing in phonetic English—a language they couldn’t speak at all. This embodies the “outernational” spirit of manele, which is key to understanding its core.

“Manele never gets aired on the radio in Romania: the result of characteristic discrimination.” – Ion Dumitrescu

Unlike international music scenes, the outernational is an uneven terrain that’s perforated by numerous holes and discontinuities and marked by lack of memory and archival consciousness. The outernational produces out-of-history artistic expressions that never consolidate; they linger in partial isolation and hard-to-trace genealogies. The specter of disappearance is always on the horizon. Outernational music, like manele, is all over YouTube, but almost nonexistent on mainstream online music platforms and marketplaces like SoundCloud, Mixcloud and Beatport. Thus even today, international and outernational standards for music production and diffusion are completely different. For example, manele musicians release singles and YouTube videos specifically to ensure a flow of wedding gigs. Talent scouts with YouTube accounts scour videos for manele wunderkinds. And while the music is sometimes hybridized with pop and dance textures in an attempt to breach the mainstream, local manele stars usually earn their money at family events. This is because manele never gets aired on the radio in Romania: the result of characteristic discrimination towards Romani people. TV stations, on the other hand, have embraced it, albeit in a tabloid fashion. Although there are hundreds of manele artists, they all operate through two or three agents, and recording and production is limited to few studios, which is to say that it possesses an alternative infrastructure.

The overlapping of the mainstream and underground is also a common contemporary outernational paradox. The manele case is telling, being both under and overground and having millions of listeners but never showing up in local shops. Even as orthodox Western market procedures begin to operate in border societies like Romania, many manele artists maintain an outernational dynamic through a network of kinship industries, mass piracy and unfettered copyright infringement. 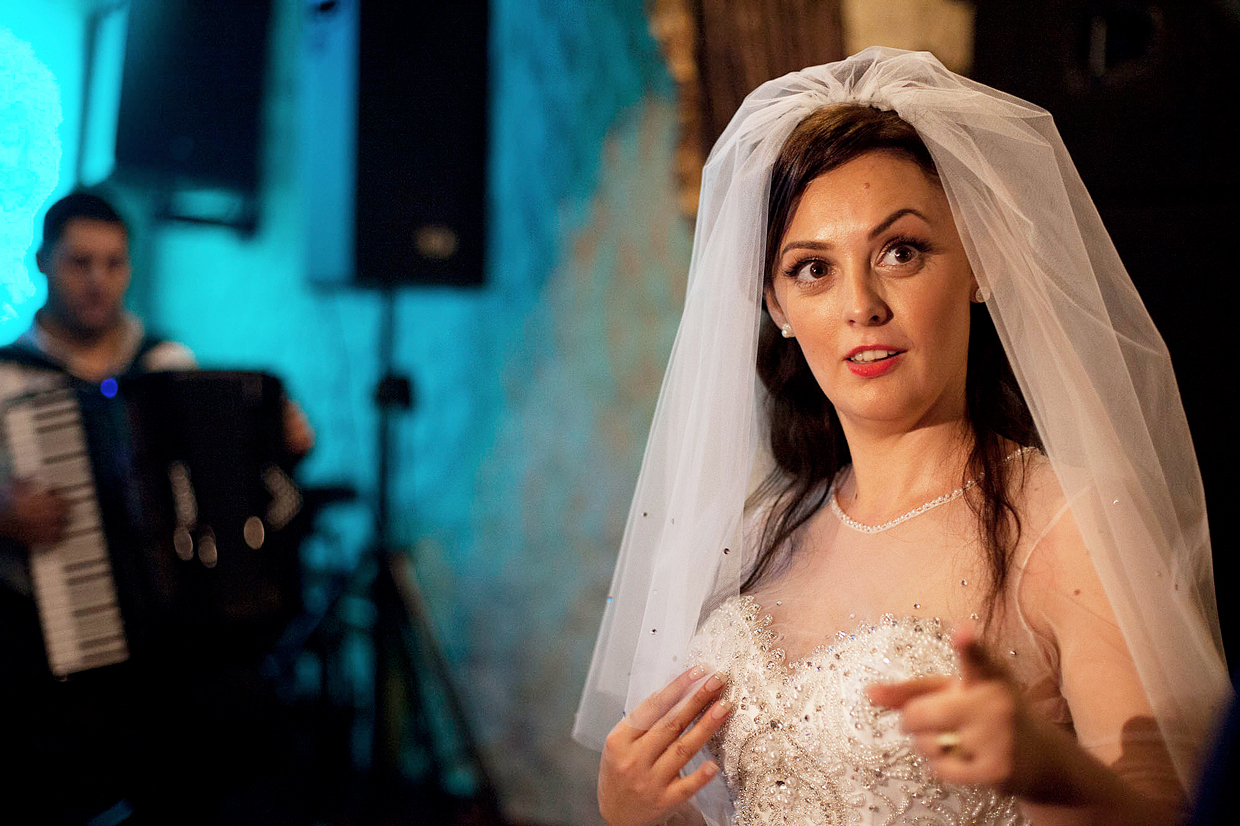 Operating at the periphery means anything can happen—and in recent times, it did happen. Facing a gutted history of totalitarian regimes, revolutions and hardcore austerity measures, continuity is an inoperable notion in Romania. Apart from being on the border of East and West, growing up in Romania in the early ’90s meant becoming an adult in a territory filled with tensions caused by the constant collision of modernity with pre-modern ways of life. Economic disasters, constant precarity and the crushed dreams of living in a utopian capitalist society—all these mark the general cultural ecology of Romania. Partially as a result, Romania and Bucharest didn’t develop music scenes, niches or any kind of clear structures that one would consider standard in the West. The manele world developed freely in another dimension around mafia bosses—so-called barosani—at the edge of Romanian culture. And it survived because the wedding is still a fundamental event in the Orient, a cultural continent from which Romania will never fully remove itself.

Still, in Romania, the main national project of the past 25 years involved becoming a Western society. This process meant ridding the country of Turkish influence, which has existed for centuries due to colonization by the Ottomans. Traces of the Oriental were to be excised, as well as lingering echoes of Russian influence. That’s why a significant part of the Romanian intelligentsia has so aggressively spoken against the proliferation of manele. In turn, manele artists also spoke bluntly about the new values and characters produced by turbo capitalism. As ethnomusicologist Speranta Radulescu recently said in an interview: “If you don’t like manele, you have to change Romania.” This is music that functions as a mirror of a country still populated with mafia bosses, crooked politicians and big-shot money mongers paradoxically obsessed with traditional family values and Christian morality.

This article originally appeared in the Fall 2015 issue of Electronic Beats Magazine. Read more from past issues here and read part two of the manele feature here.