Original ideas are not common in electronic music these days. And that’s part of what drew us to DJ David Coquelin‘s “DJ David Goblin” project. Under this alias, the PRR! PRR!-affiliated Belgian producer makes music that uses gabber’s edge and new beat’s humor to soundtrack a strange sonic universe based on Games Workshop’s Warhammer 40,000 sci-fi and fantasy miniature war game.

Needless to say, Ork Muzik, his debut EP, caught our attention. We liked the record’s first track, “Squigpipe”, so much that we featured it on our Facebook Live video show. Still the producer remained somewhat of an enigma to us, and we wanted to know more about Coquelin’s “Goblinized©” universe. We tasked TEB contributor Michelle Lhooq with finding the story.

I have to admit that I wasn’t prepared for goblin gabber the first time I put on a track at an afterparty at my place a few weeks ago. “What the fuck is this?!” my friends screamed, ducking under the sofa cushions, clutching their ears. “I don’t know!” I howled, “My editor just sent me the link!”

The song, “Squigpipe”, was a hellish abomination: a demonic orc’s baritone grunting and muttering gobbly-gook dubbed over blaring bagpipes and rabid, unrelenting gabber drums. It was so weird and painfully nerdy that after a few listens, it came back full circle and became kind of…cute. You can’t deny that someone letting their freak flag fly so high is pretty endearing.

It turned out “Squigpipe” was just a taste of a “Mordor-via-Rotterdam” subgenre invented by Belgian DJ David Coquelin (a.k.a. DJ David Goblin)—a blend of gabber, hardstep and new beat. In addition to his bimonthly medieval-themed radio show on LYL Radio, Coquelin released an EP called Ork Muzik on his label PRR! PRR! earlier this summer. The EP featured both original tracks (“Squigpipe,” “Mordor Fuka”), as well as tracks by the likes of ‘80s new beat band Tragic Error, terrorcore producer Radium and others that had been “goblinized” and overlaid with World of Warcraft samples.

I had to get to the bottom of this unholy magnum opus, so I hit up Coquelin, and he told me how goblin gabber came to be. His influences were wider and more interesting than I expected, ranging from the legend of King Arthur to the trash can musical “Stomp”, vocals in cumbia songs and the board game Warhammer 40,000. I still don’t know if he’s trolling, but I guess that doesn’t really matter. Gandalf would get so lit to this shit.

Why did you start making goblin music? How do you select what types of songs to use?
Fregant Cloarec, a new beat junkie, shared with me the Belgian hit by Tragic Error “Klatsche In Die Hände”. I had a vision of an orc singing. So I started to Goblinize© it by putting some drums and fantasy sound effects here and there, so that it could be played at the birthday of Gork & Mork (orc gods in the miniature war game Warhammer 40,000). 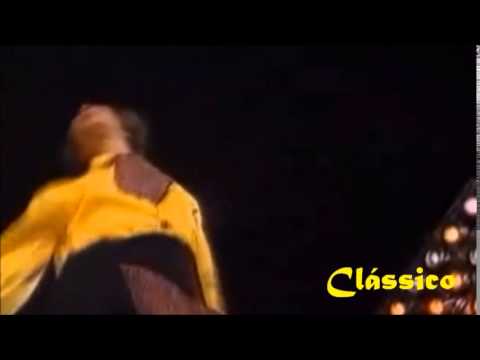 I had fun doing it, so I went on a quest, looting tracks that I found and classifying them by orc species. It was a pure and good feeling to maniacally hoard those mp3s like you collect gemstones when you’re a kid. After that, I customized them until they sounded orc-y enough.

The second revelation was a text from the Warhammer 40K Wiki about The Squigpipe [a character in the game]: “Several tube-like proboscises emanate from this Squig’s bag-like body. The Musical Squig can be tucked under one arm and inflated by blowing down the proboscis. Then, by squeezing the Squig, weird and terrifying sounds can be made through the creature’s proboscis pipes. This turns the Squig into a musical instrument, much like the bagpipes, but a thousand times more cacophonous. Orks like to go into battle accompanied by the squirl of this Squig.”

I was like: “?!” There was no audio proof of this sound, so I decided to make one, using a pipe from Jimmy Smack, and again Goblinized© it by adding voices and mostly a straight kick. I put only one break where the kick fades out and comes back, along with the Warboss’ laugh. DJ Brainsick from Belgium’s hardstyle scene used to fade out some of his tracks entirely to make a break, then fade it into the drop. It inspired me to make the Squigbreak.

What kinds of reactions have you gotten?

I don’t play gigs at the moment, so it’s hard to know the real impact. But I received a bunch of video messages from worldwide troubadours showing them playing my music to party people. Best feedback!

Why do you think adding goblin sounds makes everything sound better?
Uniqueness. It’s like pimping your favorite character in an RPG. Thanks to Goblinized©, I had the feeling those tracks became mine—my gems!

Who are your influences? Are there other goblin musicians you look up to?
I’ve been blessed by my RPGs and childhood memories of board games, the screamo scene, the Smersh horns, French crew Nawak Artkore, the woods of Broceliande [a forest in Brittany tied to the legend of King Arthur], Stomp, World of Warcraft’s dubbing, voices in cumbia and B-Ball Joints’ “Joint 3″.

I recently discovered a cousin: White Goblin. He made an eight-minute military ambient tribute track to Warhammer 40K’s Necrons. Crazy. To me, “COLLAPSE_SYN” by DJ NJ Drone sounds like a Snotling track with caustic textures and tiny grunts. It reminds me of Snots dumbing around in a church.

Are you a troll?
No, I’d rather be an elf than a troll…

What type of goblin would you be?
I used to be a Night Goblin, but since two years ago, I am a babysquig’s daddy.

What is the future of goblin-step?
I’m concocting a second chapter featuring other gob’ producers: “DJ David Goblin & The Horde.”

Where did the aesthetic for this project come from?
Fregant and I wanted a CD similar to what we both like the most in the design industry: trading cards. Something round, shrink-wrapped, and hologram-stickered. I dug up the painting in a chat room and Goblinized© it with some earphones. Then, we did that 2000’s-inspired layout with the help of the gobsmacking Post Malone’s B&B CD. We switched all the letters “C” into “K,” even the artist names, and designed some vertical and futuristic Soundcloud waves.

What is it about Belgium that makes this kind of music appealing? Do you think this music would be accepted by Belgium’s rave scene?
I don’t know, but Planet Belgium has a powerful and radioactive sense of humor.

DJ David Coquelin has some work on PRR! PRR!’s forthcoming The Hobbeats Neighbourhood Joyride compilation. It will be released later this month. It can be previewed here.