Before I reached out to [RP] Boo I had listened to his music for a while. One day—it must’ve been in 2010—I sent him a message on Facebook asking him to critique my work and where I was then, musically and production-wise. He answered pretty fast and we went back and forth for a bit until he said I should give him a call and that he would listen to my music and give me feedback. We ended up having a phone conversation the next night where he gave me an assignment. He wanted me to make a track sampling the Mary Jane Girls’ “All Night Long”. I accepted the challenge, and it took me about a week and a half to finish it because that sample was not the easiest to work with.

When I completed the track, it didn’t sound anything like he thought it would. But he was intrigued nonetheless. It’s funny, because me and him actually talked about this today. He said back then he could already hear me where I am now, but it was a just a matter of me stepping into my own. 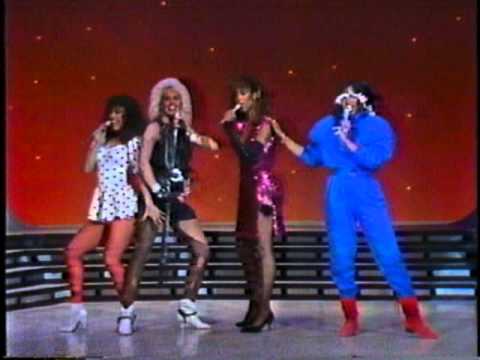 I chose him to critique my work for two reasons. One: in footwork music, he was the most different artist I had heard; his sound was completely unique. And on top of everything else, he’s a major heavy-hitter in footwork—he’s one of the founders of footwork music. That’s why I chose him: because I wanted an honest critique from somebody who had been doing it for so long and who grew into where we are now. I never knew we’d end up as close as we are now. In that first phone conversation I told him what I was trying to do musically and he sensed the potential that was already there as well as the potential that was waiting to be developed.

By the time he heard the track that I produced as his assignment, I already had finished another, which I had posted on Facebook as a video. He had commented on that and kind of alluded to the fact that I hear very differently. When that happened, we started talking more frequently, and then we built a friendship. It’s not just a mentorship where he just mentors me musically; he’s also my friend—my friend and somebody who I confide in with other things besides music. It was a two-sided thing. He was like a big brother, and he’d been where I was at that time, which was very helpful to me. There are still many things I don’t know, but I’m learning. I think I’m learning fast now because I have to. But him being there helps a lot.

Since then, my sound has evolved quite a bit, of course. I still ask him for his opinion on tracks, like, “Hey, this probably is way out there. What you think about this?” But back then it was more specific production questions, very often about sound. “Is that too loud…?” Because at that time, I couldn’t afford studio monitors. Actually, I just changed monitors this year. When I finally did get a pair, I was so excited and it opened a whole new chapter of developments for me. I wanted to learn and know everything, so I would try things out on him, or ask him, “How do you get to this particular sound?” Not per se “How do you do it?”; he’d give me a guide on how to make things more clear, more broad, this and that. I would ask him if he could just give me an inkling of something to lead me in that direction.

Usually, when I ask something, especially in production, I don’t want to be told straight out. I think if you tell a person something specifically straight out, that’s exactly what they’re going to do and they won’t explore beyond that because it answers their question. They were satisfied with that answer. But if you give them maybe a hint of how to do it or give the general basis and then see where they go—that’s the way me and Boo have always been. I’ve always had the room to do things, and he’s never just said to me, “This is how you do it, that’s how you do it.” Because there’s no one way to do something. We both believe in that.

He gives you the room to realize you need to grow. I love that about him; I think that’s one of the best things about him. My mom is like that, too. I’m 28 years old, and I’m not right about everything. Me and her may disagree, and she may say something that I totally don’t agree with, and she allows me that room because she knows that I’ll understand what she’s saying later. But she always gives me that room to say, “Okay, I’ll let you step into your own with that.” And I do; I always end up going back to her and saying, “Hey, I understood what you meant.” And my relationship with RP is just like that.

You know, I’ve never been to a footwork party—not as of yet. He never tried to persuade me to come out to one of his nights or go to a club in general. The reason he didn’t is ‘cause Boo knows how I am. He realized that where I was going, I didn’t need to see anything. I didn’t have to. I’ll be honest with you—I think if I saw it, it would have made me kind of stagnant. He never even suggested anything like that. We didn’t really talk about that. We would talk about life, and I would ask about something as far as his sound or as far as equipment, but he never did that because he knew what kind of person I was. Not that I was too good to go to a club and see the guys and the girls dance—it wasn’t that. It just never crossed my mind. I know it’s kind of funny, but that’s not really my scene. If it were up to me, on my free time, I would rather sit down and watch a documentary on a wooly mammoth versus going out to watch somebody dance. 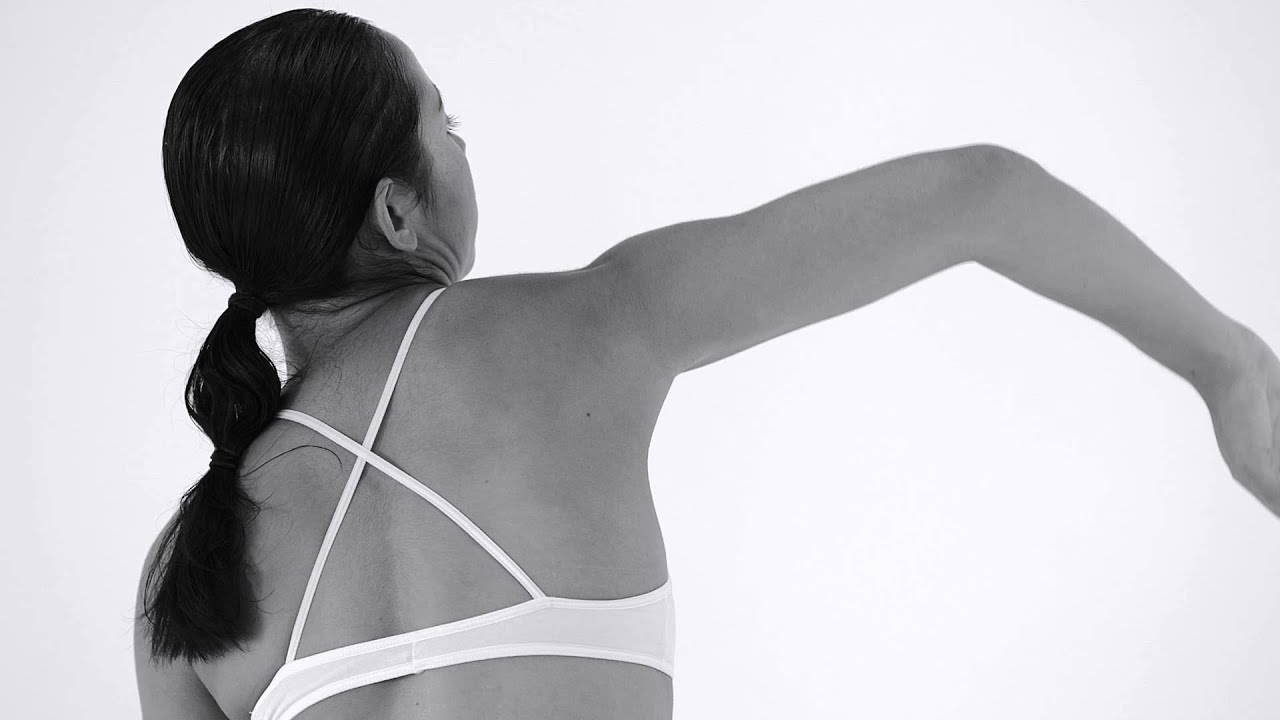 Earlier along, I wanted to be part of the scene. I did. I wanted to be, “Hey I make footwork music.” But then I realized that I had to accept the fact that my music had elements of footwork but it wasn’t footwork per se. After I got to grips with that I was like, “I kinda like that.” And so then, I moved out of wanting to be in the scene to accepting the fact that I was different, and now I’m very—not comfortable, but I’m pleased with the fact that I am different. And if someone asks me today, “Are you a footwork artist?” I would tell them no.

Another funny thing is that Boo and I actually met in person for the first time not that long ago: early December 2014. I met him at my house. I was doing a photo shoot for an interview for my debut album, Dark Energy. It was set up as a surprise that he come to this photo shoot. When we met I was very excited and we hugged each other and embraced each other for almost a good three minutes ’cause we had been talking for so long and we’d never seen each other face to face. When you talk to someone and you watch them grow over time and then you meet them face to face, it’s like, wow, you know? For me, it was like, I’ve listened to him advise me for five, almost six years now. It was a very special moment. We really embraced each other. It was one of those really great moments where we were both very excited to see each other, and it had nothing to do with, “This is my mentor.” It had nothing to do with titles at that point. It was just, “This is my friend. This is somebody who I love as a brother and I am somebody that he loves as a sister” meeting for the first time.

When Dark Energy came out, I was confronted with the question if I wanted to go on tour and DJ. Back then, I had no idea how to mix. I didn’t know how to do anything. One day I went to Boo’s house. He had made me a video before explaining all the basics. At that point I had virtual DJ on my computer off and on for about a year and a half. What I needed to touch was the actual controller, CDJs and all that. So I called him one day. I was very nervous, but I wanted to do my first blend in front of him. I had been practicing it for a while, but I didn’t feel comfortable doing it in front of anybody else. The only one who had heard me mix was my mom and myself. So I went over to his house and that’s what I did. I went one time, and I’ll never forget him telling me, “Jlin, you got it. It’s just a matter of your mind catching up with the physical. You already got the concept. You definitely have it. It’s just a matter if you’re stepping in tune—where the physical catches up with the mental. You got it.”

Producing tracks is still my first love, though. I love to create. That is the joy of everything. It’s my form of expression. I even feel the love back from the creation after I make it, because there is a sense of—it’s not just, oh, you have this skill, or you have this talent. I have a passion for what it is that I do, and there’s a difference between a person that has passion and a person that’s talented. Boo knows that I have a passion for creating. He always told me, “Do you in your work. Be yourself. Be yourself in everything you do. Be transparent.” When I’m on a stage and I’m performing in front of an audience, I like the fact that I am vulnerable in front of then. We’re in a space where we’re actually vulnerable together. And I like that idea. Whether they enjoy my work or hate my work or don’t even know how they feel about it, we are all in the same place. That’s what I try to push out, and Boo very much respects that.

There is no formula to this. There is no blueprint to this. Everything I do is abstract; any time I create anything, it’s like a blank sheet of paper. I go in in the dark, and I love the fact that I have no idea what’s gonna come out. He has never tried to give me a blueprint or a foundation, and I love that and I respect him for that.

Read the first installment of the Mentors series, which features Stacey Pullen on Derrick May. Cover photo of Jlin via Fader.