I started making music when I was 14 years old. I was heavily into Depeche Mode and all that alternative ‘80s electronic stuff coming from the UK. But by the time I was 16, I only listened to house music and techno. My older brother Scott Kinchen [AKA Scotti Deep] was a DJ. He’d take me to the Music Institute, which was the club in Detroit at the time. Derrick May was playing there, Juan Atkins, Alton Miller, and Kevin [Saunderson]. Around 1987 or ’88, I made an EP with some friends of mine, and I did a song called “1st Bass”. The group was called Separate Minds. Back then, Kevin was compiling his first Detroit techno compilation on 10 Records [Techno! The New Dance Sound Of Detroit], and he heard the track. He wanted to license it for the album. So he asked my friend Chez Damier, who worked as an A&R for Kevin’s label KMS Records, to call me. Chez invited me into the office to speak to Kevin. I had never met him before. I knew who he was, because in Detroit he was huge. I was pretty excited that he wanted to meet me. I was still just a kid.

Kevin’s office, studio and home were all one loft on Gratiot Boulevard. Derrick May lived upstairs and Juan Atkins was next door. There were always people around. Chez Damier was there, Carl Craig was hanging around all the time; Kevin had a lot going on at his studio. I didn’t have these high expectations of what he was gonna try and do with me. I just thought he wanted to talk to me about the compilation. But to be honest, I was almost starstruck just to be in this building. I had some equipment back home, but KMS Records had a fully equipped studio. I felt like a kid in a candy store.

My first synthesizer was a Juno 106. I got it when I was 14. I wanted that synth so bad, that I used to have a brochure of it. And when I’d go to bed at night, I would sleep with it—put it next to me and look at it until I fell asleep. I just fantasized about owning it. I knew about every single piece of equipment but I couldn’t afford any of it, and when I went to Kevin’s, he had all that stuff.

Our relationship evolved very organically. Kevin told me that he liked what I was doing and that he wanted me to work on some more stuff for KMS. So every once in a while Chez would call and say, “Can you come to the studio work on a remix with Kevin?” Then I’d get in my car and drive to his studio. At the time, he was touring all over the world and he said that I could use his studio when he was gone. Most of the time I would stay there all night long and work on tracks. Sometimes he would say something about them, but he always kept his comments brief. He would just give his opinion and not really try to tell you what to do. Unless something was totally wrong, he would give me very few guidelines. Basically, he let me do what I did and watched me. The thing he would always say when he liked something was, “Oh, that’s hot.” That was his thing. Everyone knew Kevin said that when he liked something alot. He would come in, nod his head, smile and say “Oh that’s hot,” and walk out the room.

These days it is so much easier to make music, but back then it was hard. If you didn’t have a studio to go to it was nearly impossible and also super expensive. There were times when it could take an hour or two just to figure out how to make a sound come out of a keyboard. To be honest, syncing stuff at Kevin’s place could be a nightmare. I was a little more technical than Kevin, so I would sometimes get stuck on tech stuff, always trying to perfect it. He was totally different than me, he would make a track, and if it felt right to him, it was right. He was going on a vibe and a feeling. Before I worked with him I had a different approach. I was a perfectionist. I would end up EQing the kick drum 50,000 times, or going back and feeling like I needed to add something else to the track for hours, sometimes days. After watching how Kevin worked, I actually stopped trying to be so perfect and picked up on his ability to just go on a vibe. I stopped overthinking things so much, and I think that had a big influence on how I  ended up making tracks that were simple, and sometimes even sparse. A kick, a snare, a high hat, and that was it. 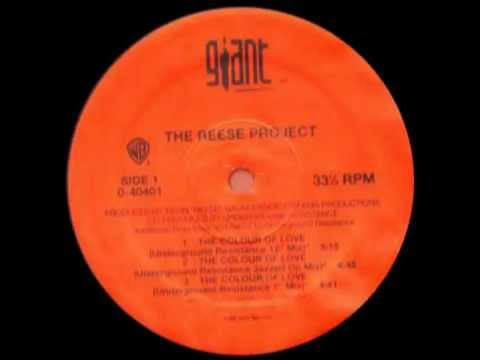 His early tracks did not have a lot going on in them: one or two really cool sounds, and the drums were usually really good. I learned that was all you really needed. One other thing that he did say is kind of simple and could sound silly to some people, but he would always say, “MK, you gotta make sure the drums are banging, man.” That was his thing. Gotta make sure those drums are tight. He likes his drums hard and heavy. And everything else, just, “Make it sound as good as you can make it sound.” As a producer, you know when you have a good record, a good song. And that’s pretty much what I got from him: to listen and trust my instincts.

Even before I met him, Kevin was one of my favorite remixers. I was kind of shy and never the type to ask questions. I’d just watch him without saying anything. He’d take whatever parts of the original that he liked and basically erase everything else, so I started trying the same thing, but in my own style. I would try to find something in the song, and if I couldn’t find something in the song, I would take vocals and chop them up to make a dub or to create something I liked for the song.

Once I moved to New York in the ’90s, we kind of drifted apart. Everything started to break down a little bit in Detroit, too. Kevin was going off and touring more, Derrick wasn’t around, Carl Craig started doing his own thing… that whole corner on Gratiot Boulevard just started to break up. I always stayed in contact with Kevin, though. And I would still remix a lot of his The Reese Project stuff. Actually, anything he wanted me to remix, I would always do it. Kevin’s not the type to say, “Can you go back and fix this or change this?” So when I’m remixing something for him, I know I have full control to use my imagination and do whatever I want. And that’s the easiest way to work. It’s just no fun if you get asked to change something 15 times. By 1992, I started focusing more on MK stuff. That’s when I started just being on my own.

In New York, I would listen to a lot of mix shows. At a certain time of day, radio stations in New York would have Tony Humphries or Frankie Knuckles or another really good DJ playing. And I wanted to hear my songs on the radio, pretty much. So I just studied what sounded good to me and tried to emulate it. I would learn how to play those songs. Most producers do that—they learn how to play a song they like and go from there. So when I started remixing and getting hired to do other things, I just took what I loved and tried to copy, you know, a Masters At Work song. That was the next step of my development. I became a big fan of Todd Terry, Frankie Knuckles, Tony Humphries, Dave Morales. I started getting into a deeper sound, not so much techno. So that’s where that came from, that kind of stripped-down, New York rawness that was kind of dirty.

By the mid-‘90s I wasn’t really doing so much house music and electronic stuff. But we still stayed in touch, because my wife’s best friend was Kevin’s sister. I actually met my wife through Kevin. So when Kevin and I met it wasn’t through music necessarily; we were just hanging out. Kevin worked with a lot of producers, and most of them didn’t stay around. He didn’t expect them to. His way of helping was very understated; he gave you all the space you needed to develop instead of claiming to know everything. Kevin told me what I needed to know—nothing more, nothing less.

Read our feature on Detroit and the Music Institute and check out past Mentors columns featuring Stacey Pullen on Derrick May, Jlin on RP Boo and more.