There’s an extraordinary moment in Josh and Bennie Safdie’s film Good Time that arrives some 34 minutes in and takes place at a hospital in Queens, New York. Connie Nikas, the hot young scoundrel played by Robert Pattinson, has come to free his convict brother. After sweet-talking his way past the cops, he finds a bandaged man hooked up to an EKG, sleeping in a room that looks like a futuristic prison cell.

With all due respect to Pattinson, it’s the synth score that holds this scene together: shrill, relentless scales fit for a video arcade or a theme park—both of which later make an appearance. They’re exciting but not suspenseful. Suspense requires us knowing something the characters don’t, and right now, we’re not permitted any such luxury. Connie drags the man out of bed, the EKG flatlines, and for a fraction of a second, it’s unclear if we’re hearing electronica or the shriek of the machine—a musical response to the scene or the scene itself.

Most scores soar high above their films, judging the characters and encouraging us to do the same. Not Good Time’s. It’s so close to the action, so tangled in grim New York life, that it seems to press ruthlessly down on Connie, and on us. 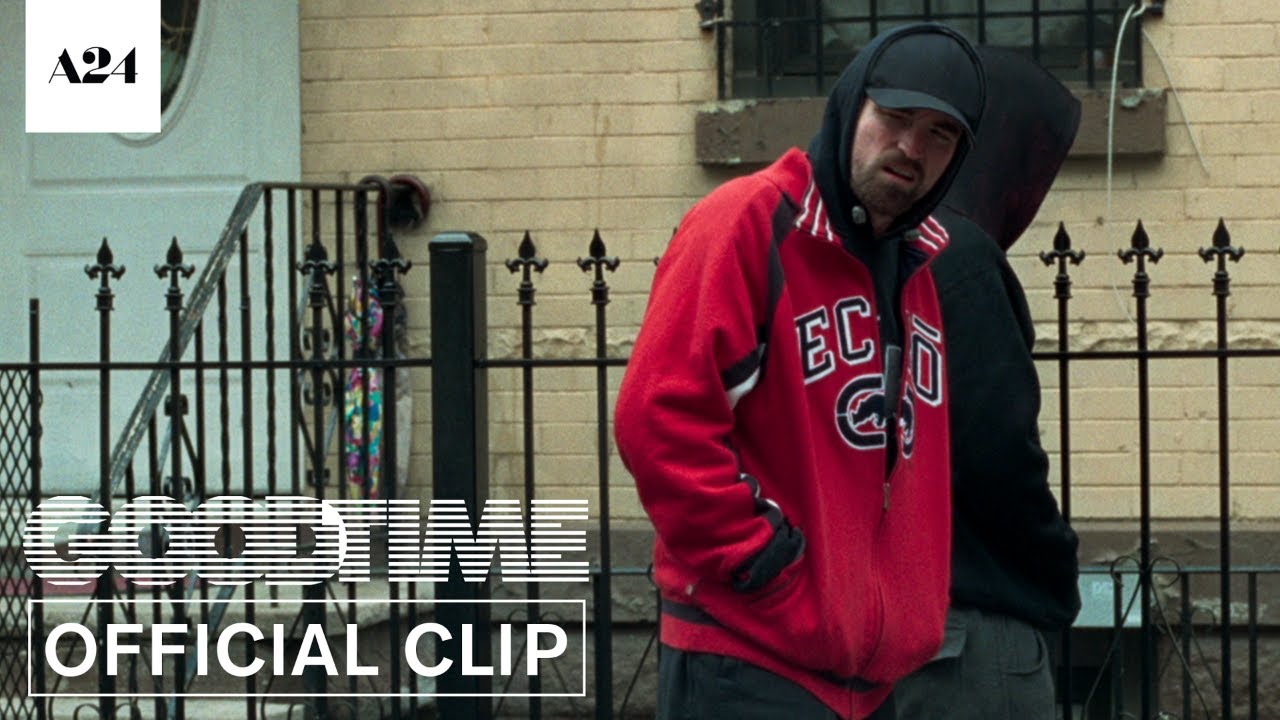 Good Time was not the first film score by composer Daniel Lopatin (A.K.A. Oneohtrix Point Never), but it had the swagger of a smashing debut. Like Miles Davis’s improvised trumpeting for Elevator to the Gallows or Giorgio Moroder’s Minimoog bass lines for Midnight Express, it didn’t break the rules so much as stroll right past them.

Last December, the Safdies released their latest film, Uncut Gems, a glittering, menacing neo-noir set in Manhattan’s Diamond District with a glittering, menacing electronic score by Lopatin. For his second collaboration with the Safdies, Lopatin provided the same intensity but still found room for grandiose choirs and stretches of supernatural dread. His work was fearless and genuinely innovative—and so, naturally, he failed to make the list of nominees for the Academy Award for Best Original Score, which mostly consisted of the same old mush by Alexandre Desplat (Little Women), John Williams (yet another Star Wars), and the two Newmans (one for a thrilling war movie, and the other for…1917).

You wouldn’t know from the latest batch of nominations, but the 2010s were, on a whole, a good decade for electronic film scores. Things started off strong with Trent Reznor and Atticus Ross’s soundtrack for The Social Network, which won the Oscar in 2011 and spawned a thousand rumbling imitations. Later that year, Cliff Martinez’s soundtrack for Drive—a throwback, like most of that movie, to the synthpop era—trickled into cafés and vintage stores. Nearly a decade later, it hasn’t left.

Winning Oscars and playing in Starbucks are as mainstream as it gets, but even as electronic soundtracks became all but ubiquitous in the 2010s, they failed to branch out, tonally or generically. In theory, synth musicians could play almost any sound, but there were only so many kinds of Hollywood films producers invited them to score and therefore only so many sounds they ended up playing. They wrote music for dozens of science fiction thrillers and heist and horror movies, but few if any Westerns or costume dramas or rom-coms, which probably explains why the results skewed overwhelmingly toward the minor-key and the atonal. (If the notion of Trent Reznor scoring a Western sounds silly, bear in mind that he already co-wrote the most popular country song of the last ten years).

Condemned to provide the same moods for the same genres, even the trailblazers couldn’t help retracing their steps. When my mom and I watched the sci-fi/horror schlock-fest Bird Box (funny how quickly most of the big, “cultural event”-type films of the 2010s have sunk without a trace), we quickly agreed that the score, with its tinkly keyboard-meets-ambient murk, sounded suspiciously like a Reznor/Ross knockoff. 120 long minutes passed before the end credits told us the composers’ names: Trent Reznor and Atticus Ross. 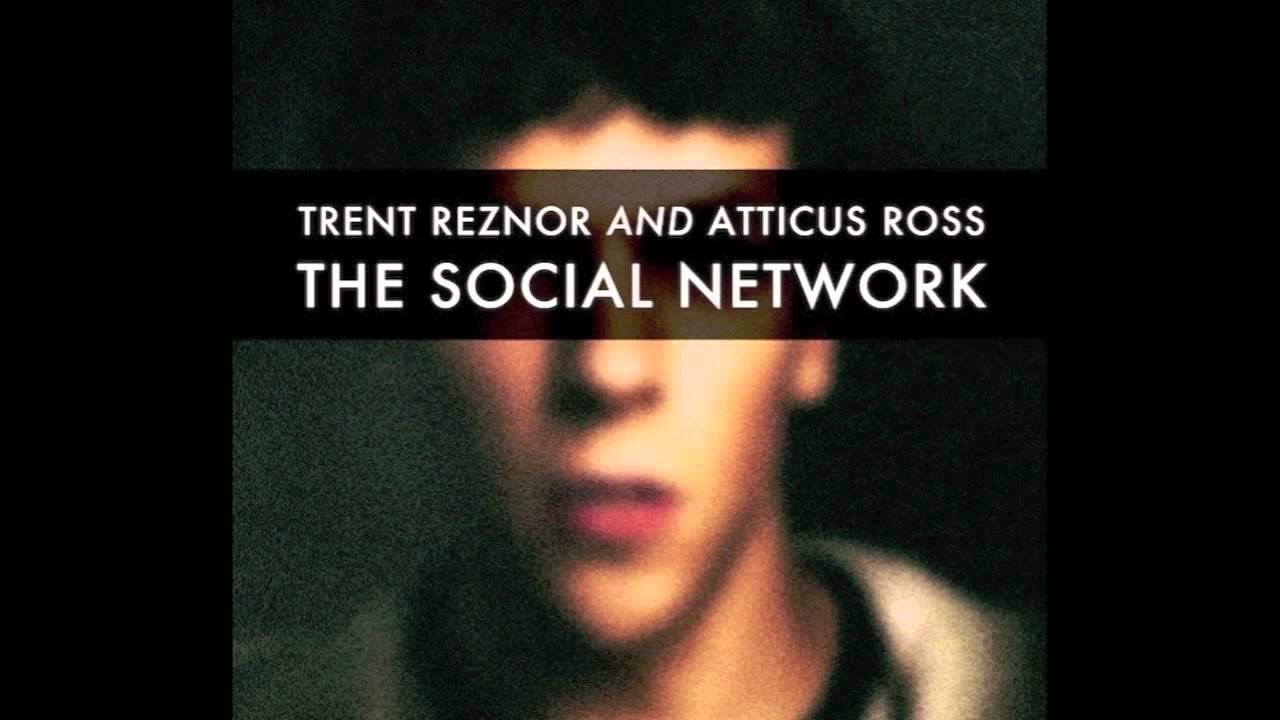 At some point in the last decade, synth became the default soundtrack of neo-noir, as tied to the genre as jazz had once been to film noir. Much as the popularity of jazz in midcentury films about murder and adultery betrayed a set of narrow (and, it must be said, racist) assumptions about what the music signified, the popularity of 2010s neo-noir electronica betrayed the simplistic way the film industry conceived of this absurdly eclectic form of music. It didn’t matter whether the film was Gone Girl, Good Time, The Girl with the Dragon Tattoo, or Only God Forgives—press agents and even critics kept trotting out the same half-dozen words, whether they fit or not. Neo-noir synth was “gritty.” It was “urban.” It was “cold”—chilly, freezing, sub-zero!

It’s not that some of these words don’t apply to Lopatin’s score for Uncut Gems. They do, in places. Lopatin borrows what he needs from the clichés of 2010s noir: his soundtrack is gritty, urban and cold when it needs to be but equally capable of seeming sleek, otherworldly or warm. It’s always adapting. In other words, it’s a lot like Howard Ratner, the main character played by Adam Sandler.

Diamond dealer, clueless father, philanderer, jealous asshole, Knicks fan—Howard is all of these, but at his core, he’s an addict. He likes the things he likes because they give him a rush, not because they make him rich or wise. We know this about him, first and foremost, because of the score. “High Life,” the fifth cut on the Uncut Gems soundtrack, is a compulsive gambler’s anthem. The opening arpeggios bounce up and down, leading nowhere, providing their own reward. They almost make you wonder if Howard hears this music in his head whenever one of his bets pays off. It’s also worth noticing that a track like “Mohegan Suite,” which scores Howard’s final, exhilarating gamble, isn’t very different in tempo or tone from “School Play,” the track which climaxes as loan sharks strip Howard and throw him in the trunk of a car. Win or lose, flush with cash or broke and naked, the music—and, implicitly, Howard’s rush—is the same.

It’s hard spending two hours with a character as selfish, childish, and generally Adam Sandler-ish as Howard. I’ve seen Uncut Gems three times, and I still wonder if the film would have worked without Lopatin’s score ennobling the characters, lending a cosmic import to their flaws.

Midway through the film, Howard and his girlfriend Julia have an epic shouting match, the kind every New Yorker sees on the streets at least once a week. As Julia stomps away, the synths swell into a slow, stately march topped off with haughty choral harmonies. Some critics have interpreted this moment as an exercise in counterpoint (grand music for a sour little scene). But Lopatin’s score doesn’t condescend to the characters—it’s funny, true, but it’s also surprisingly empathetic. Watching Julia, I realized that I knew exactly how she felt; I knew how her ears must be burning, how the last few words of the argument must be looping in her head, getting higher, louder and more operatic. I knew all of this, not because of the script or the acting but because the track—appropriately titled “Fuck You Howard”—told me so.

Uncut Gems ends with a moment like this. Howard hits big, calls Julia to say he loves her, and hears her say the words right back to him. His good fortune can’t last forever, of course, but the fact that it existed at all should be counted a triumph, which might explain why Lopatin’s final track sounds equally like a celebration and a lament. There’s a similar tonal shift in Robert Pattinson’s last, broken scene in Good Time. As Connie is led away in handcuffs, the synths offer something like a long, contented sigh — because here, at long last, is a flash of genuine selflessness, and the prospect of a little peace and quiet.

Jackson Arn contributes regularly to Art in America and has also written for The Nation, Garage and Lapham’s Quarterly. He lives in Brooklyn.