Wu Tsang’s video piece “Into a Space of Love” (2019) features the legendary American drag queen and nightlife personality Kevin Aviance on the topic of the “good” house record. In the interview, Aviance outlines an old DJ practice of dropping the needle on a random spot and, for a brief three seconds, listening to a record in order to create an instinctual, binary value judgment: fierce or trash. DJs today are still doing this, except via Soundcloud, Youtube, or Bandcamp. A high-caliber DJ can instantly recognize if a record is in line with their “sensation:” their aesthetic, their essence, and the particular flavor they bring to the dancefloor. The medium, vinyl or digital, should be irrelevant.

But this isn’t the case. There’s an unspoken rule amongst electronic music professionals in the West: your mastery of the craft can only truly be measured by your ability to transform your musical output into a circular 12” fossil fuel sculpture.

The pressure for labels and artists to adhere to this rule to remain competitive. Its ugly environmental impact, and other issues that arise are part of a larger systemic issue. Mainly, it’s choking independent artistry.

With digital content creators on Youtube providing a steady stream of nuanced tutorials, the Bob Rossification of producing techno has already begun. A quick Youtube search, “how to make techno,” gets you a multitude of autodidactic options, from the facetious top hit “HOW TO MAKE TECHNO” at 1.3 Million views, to the infamous series of videos by Julien Earle like “Making A Hard Warehouse Techno Track From Scratch Like Amelie Lens & I Hate Models.” 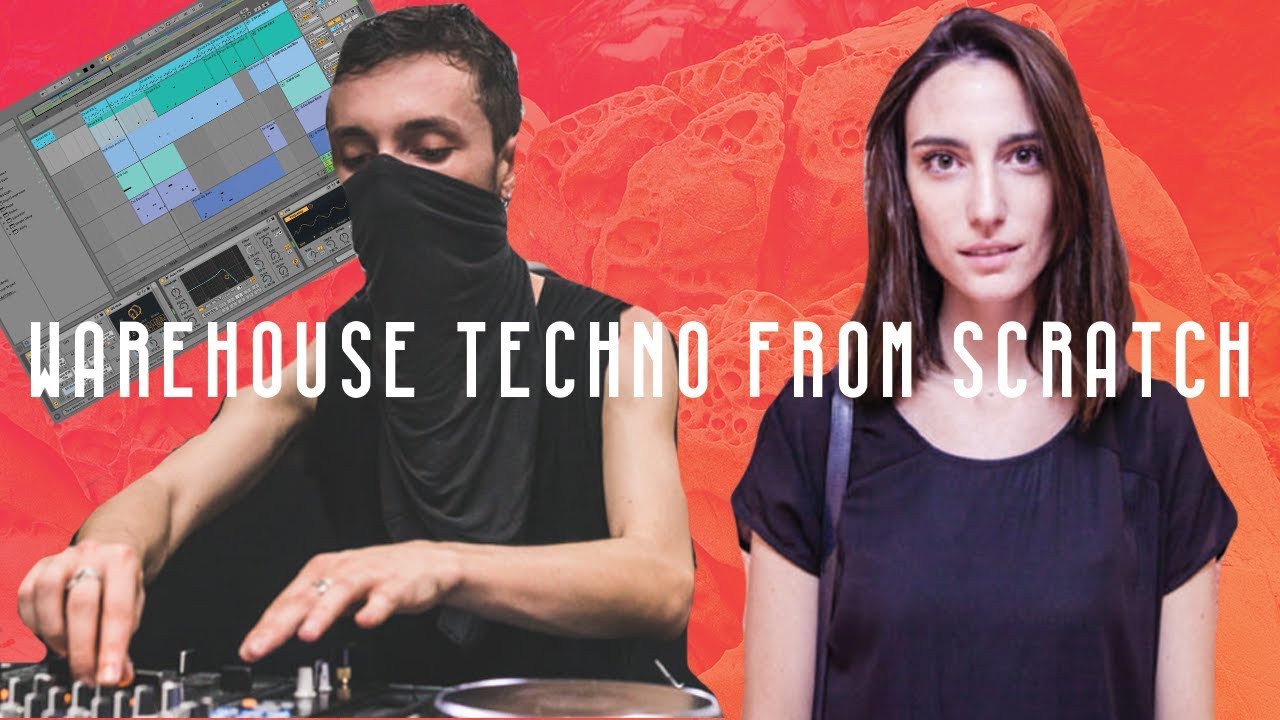 Other examples from this series include how-tos on other artists like Randomer, Tommy Holohan, Charlotte De Witte, among others. There is a certain cringe factor these tutorials have. Despite not being totally accurate reproductions, creating the ubiquitous techno banger now seems a bit cheap. What these videos don’t describe is that professional producers don’t actually care about anyone else’s methods of production, be it “in the box” or with analog hardware. Unfortunately, because we all currently exist in an especially awful neoliberal timeline, the electronic music industry now mimics the art world in that a physical product needs to be sold to retain underground cred, in addition to the overall marketing strategy–the most notable example of this being the vinyl record.

Here comes the real boo-hiss reality check moment: the enduring prominence of vinyl records isn’t doing anyone any favors. Straight up, they are bad for the environment. Their production produces a carcinogen byproduct for which is there is no safe amount. They don’t recycle well. Running a small quantity pressing with artwork is nearly 1000€ or more. Very few labels see any decent return on that investment. Yet they persist within the culture because they function as a true art object: a sculptural manifestation of the music. MP3/WAV/AIFF formats lack the materiality consumers are looking to collect. Vinyl is also the historical format for which this industry can trace its origins. So it would make sense its continued production offers a veneer of legitimacy to whoever can press the most of it, even if what is pressed on it is yet another reductive dance tune.

The traditionalist in me reveres DJing with vinyl like painters respect the previous masters of the form. I’ve spent some odd moments at Hardwax here in Berlin listening to records, but the desire to buy them never really sets in. Like other types of art, it is a rarity when I find a record I’m truly in love with. And, like many works of art, these days the cost of purchasing them or making them is far beyond my means. It seems like a cruel joke that to be taken seriously as an artist; I must consistently offer this costly and environmentally unsound analog format that doesn’t reproduce my digital artistry accurately. Paradoxically, vinyl should not actually equal substance. But the gatekeepers of DJing electronic music will have you believe that the bar is set far too low.

DJ schools, production classes, and workshops have proliferated in the past decade, accessible for those with the expendable income to study. It would appear, however, that this particular era has passed. The digital democratization of the craft is nearly complete, and with the saturation comes lingering debates about the validity of the aforementioned Youtube channels, sync button usage, and the questionable, formulaic industry standards and etiquettes of Western dance music.

One of the more exasperated statements of the last decade is that “everyone is a DJ.” Take, for instance, the sync button on the CDJ; the aesthetics of seeing it lit up still incense DJ trainspotters across the internet. Functionally, the argument has been that it is a cop out–a cheat code to the art of beatmatching, which one is supposed to learn by ear first, and preferably on vinyl. It is an indicator of incompetence and poor taste. To be a “real” DJ requires no beat counter and no digital screen. You must know each record and all its imperfections back and forth, know the BPM instinctively, and “perform” by constantly adjusting a mix until it is absolutely flawless. The performativity of such DJ realness in the culture is touted as a preservation of significance to the form, but I don’t believe that’s true anymore.

Another irksome issue lies in the club qua Kunsthalle. There are unspoken standards in presentation, and several shifting goalposts depending on who’s playing. Hell, many clubs aren’t even equipped properly for vinyl usage, yet audiophiles insist that the medium is somehow more pure, offering a warmer sound than digital. In such, the gatekeepers of today’s clubs, festivals, and music outlets continue to selectively scoff at the amateur producer or DJ who choose to not stick to formulaic industry standards of 4/4 music productions or proper DJing methodologies.

I’ll admit, I was slightly indignant when Hugh Taylor of Kallida Festival (@hdt_hugh) expressed in a now protected tweet that they’d like to see some 128 kbps blog house mp3s be played on the Fabric London soundsystem. Why and for whom would this be acceptable to do now, when artists who have never been offered the chance to play Fabric have been doing that shit for years in their own communities?

When Resident Advisor’s Max Pearl interviewed my collective KUNQ in 2016, we stated what was true to us at the time: deteriorated or low-quality audio files that we collected could bang just as hard as any expertly produced high fidelity lossless files. We knew that “expertly produced” just generally meant “very expensively produced.” We were used to environments and DIY spaces where sound quality didn’t really matter, so playing low bitrate, blown out tracks would be fine so long as the vibe was still audible. 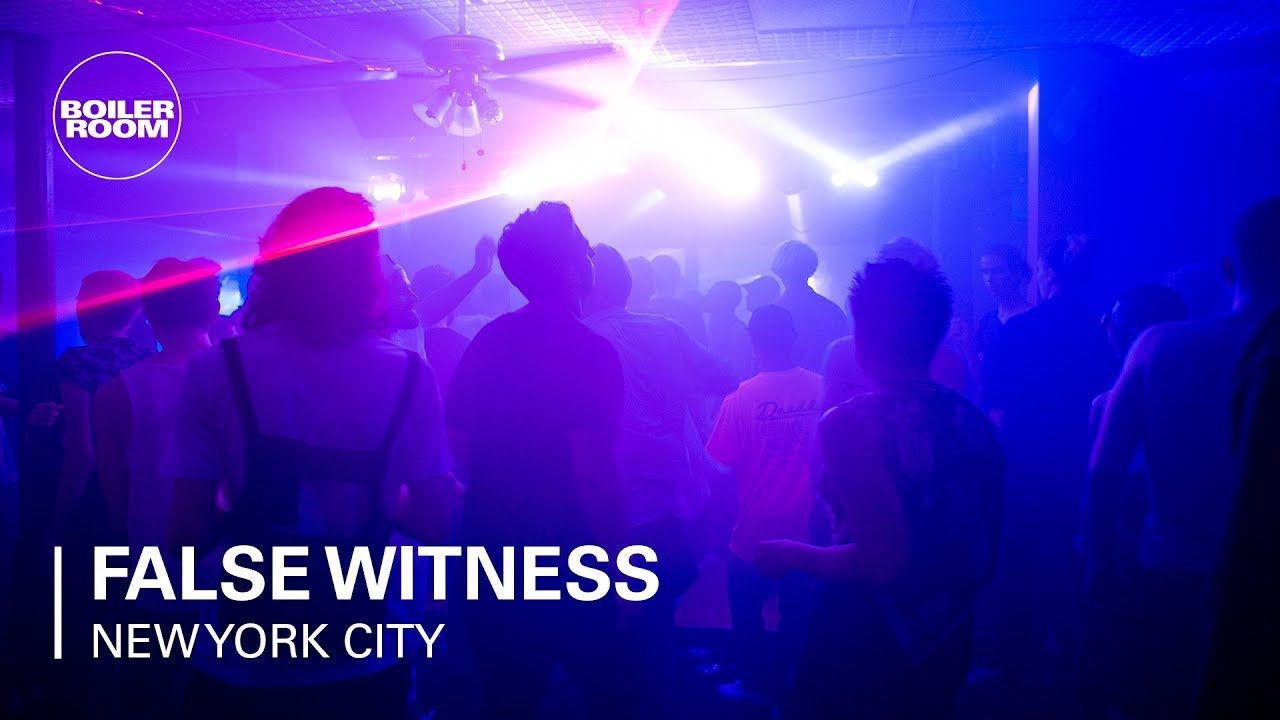 This was met with the expected backlash from the now-defunct comment section. Our detractors would call us pretentious, “hyper tryhard Antifa cunts” who “contribute no good to the world.” We stated that not only did sound quality not matter in certain contexts, but that mega-clubs with professional sound systems were meaningless to us as well. It would seem a collective of queer, black, and brown DJs and producers were held to a different standard than our white counterparts. Four years later, after a sizeable chunk of us will have played those same mega clubs by this year, our sentiments remain the same.

With the veil nearly lifted, our art and process nearly totally demystified by the internet, our raison d’etre undeniably remains the groove. Trust me when I say I was hesitant to beat this dead horse yet again, but as an artist I must always be aware of this class discrepancy. For example, Calvin Harris’ latest proves that putting out early 90’s acid/UK hardcore knockoffs in 2020 isn’t an underground practice we need to protect, its just something anyone (with money) can do and get attention for it. What we end up doing is policing our own scene for vague notions of authenticity, and there’s no such thing as a good cop. Reifying the wealthy who can put out a lot of bland tracks on cancerous plastic isn’t exciting, its wasteful and tired. The goods should be found in consistency: an artists’ dedication to their “sensation” (my term) and evolution in dance music as an artistic practice, not how many black discs they’ve accumulated.

Marco Gomez is a DJ and producer known as False Witness. They have released music on labels such as GHE20G0TH1K, E-Missions, Jack Dept, and others. They are also a visual artist and a recent graduate of the Bard MFA program in New York. Follow them on Twitter @False_Witness