Over the last few decades, Luke Slater has proven his status as one of the U.K.’s most influential techno producers time and again. He has continually reshaped his sound and wandered off into a multitude of genres, which has resulted in a truckload of seminal projects covering everything from ambient to breakbeat, house and relentlessly effective big-room-certified techno. Planetary Assault Systems, the project he’s arguably best known for, has always traded in the latter. With his new long-player Arc Angel, an expansive 20-track journey for Ostgut Ton, he’s completed another trilogy of albums that follows three genre-defining works for London-based label Peacefrog in the late ’90s and early 2000s. We sat down with him in Berlin the day before his album launch party at Berghain to talk about why touring is both a necessity and a constant challenge to physical and mental health for him. 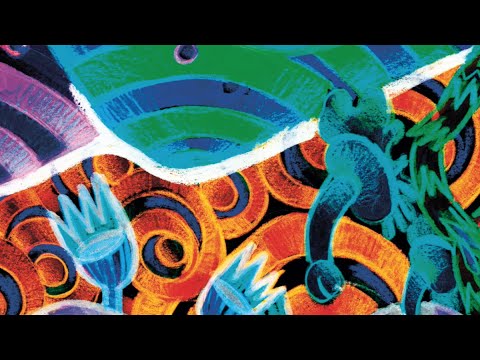 Arc Angel is your third Planetary Assault Systems album for Ostgut Ton. You’ve also revisited your ambient techno project, The 7th Plain, and your label Mote-Evolver is pretty busy too. It feels like you haven’t been this focused in a long time.

Over the last 15 years I’ve been offloading baggage that I don’t need in my life—material stuff, but also personal things. I am much more in touch with my surroundings and with the natural world, and I like it. It’s a funny thing with me; I like so many different kinds of music, but I always focus on something specific and separate myself from the rest creatively. At the moment I’m concentrating on Planetary Assault Systems. The vibe still feels right and energetic. Having said that, about two years ago, I sat in the Ostgut Ton office and we were talking about future plans. At some point they asked me for a new Planetary Assault Systems album, and I had to tell them that I loved their enthusiasm, but that I wasn’t there yet. It didn’t feel right. I left it like that. Honestly, I didn’t even know if I would do another PAS album. But one of the beautiful things about life and creativity is that it sometimes just hits you. You walk down the street and suddenly you’re there. I had that with one of my Luke Slater albums: Wireless. I was in Australia, and suddenly I just knew where I wanted to go with breakbeats and vocals. There weren’t any outside influences I was aware of; it was more like flicking a switch in my brain.

What was it this time?

I was thinking a lot about the future, reading novels by Douglas E. Richards—science fiction novels that incorporate a lot of quantum physics and neuroscience, among other things. One of our main challenges is overconsumption and how it affects us psychologically. I really believe that the more you consume, the less happy you are and the more prone you are to depression, for instance. Those thoughts became one of the main drives for the album. It’s not a protest album by any means—rather a comment and an attempt to create a vision of the future. I am a huge Terry Gilliam fan and fantasy fan in that regard, especially surreal fantasy with an escapist edge.

Being a traveling DJ involves a lot of routines you could arguably file under overconsumption, both on a personal level and on an ecological level.

Yes, that might be true. But what I mean with that is, for instance, if I get to a gig and start to play and people in the crowd get their phones out—that really bugs me. If you’re there to experience something and you record it on your phone, all you end up remembering is that you were there recording it. I think this holding-onto-stuff is dangerous. Things should always change and disappear. Storing all these experiences and information might not be very healthy because we end up being attached to it. Before, we only had people’s stories or memories, which were never correct, and now you have digital proof of anything, which is really boring. I like it way better when you remember something and over time the memory may take a life of its own and become a story, too. It’s just so much more surreal and fantastic.

There’s been a number of articles lately about the psychological repercussions of being a successful DJ with a busy international schedule,and you’ve always been open about your own struggle with your depressive side. Does traveling play an important factor in that regard for you?

I think if you chose to be an artist of any kind, you have to be on the road. What gives you the right to make all this stuff and just sit at home? Maybe authors get away with it, but you want to reach people, so you gotta do the leg work—just like in any other job. And if you don’t want to do that, you might want to be another kind of artist, like an engineer. I’ve got friends like that. One of them works in Hollywood on scores for big movies with a whole team of musicians. For a while I thought that he had it so good, that he’d go to the studio every day writing, and that’s that. But I realized I couldn’t do that. As lovely as it probably feels to have this regular work schedule doing something you love, I feel that in the end you’re just part of a machine. It’s not really yours. You’re not going out there to bring it to the people either. What he does is beautiful, but it was a big realization for me that it’s really far away from what I do and want to do.

So you’ve learned to deal with constantly being on the road?

Traveling is not the best part of the job, but it’s the right one. Around 2002 I ran into a lot of problems in my life. I think everyone experiences a very difficult time at least once. Back then, I kind of stopped everything. I did the odd gig but I didn’t enjoy it, and it was on the back of everything I had done before. Eventually I realized that I had to confront a few very challenging issues, and I’m very happy I did. It gave way to a total change in mentality and everything that goes with it. I couldn’t just go on. You have to realize that machines don’t love you; you might love them, but they don’t love you back. I am much more human than I was before, even though a lot of people say I’m more of an alien. But at least inside I feel much more connected to the earth than I did before. Life seems much more full than it did before. 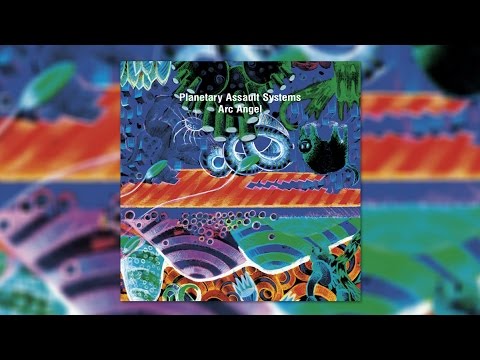 The press release for Arc Angel emphasizes your new focus on melodies. I was a bit surprised to read that, as you’ve worked with melodies a lot in your career.

That’s true. There were always melodies in my work, even in Planetary Assault Systems. To be more clear, one of the drives for Arc Angel was exploring frequencies. I am fascinated by the idea that people tune in to the mid-frequencies of a song. That’s why productions back in the day were pretty much only mid-range. I’ve known that for years, but with this album I really wanted to explore that. So I started writing with the melody. That was the core element that had to be interesting to me, and then all the rest followed. In the past, I would start with the beat and build everything else on top of that. I just really focused on the melodies this time. The album is not a quick hit; I didn’t want it to be. I really wanted to create another world, I wanted people to go somewhere really. My fascination for surrealism, escapism and the fantastic were other initial drives to write the album. Things don’t have to be black and white. There is this nether region I like to be in. That’s what I am trying to bring across. It’s a specific headspace if you want.

This headspace is quite mesmerizing and hypnotic. More so than a lot of your other material.

I wanted to do something different with PAS, not just another batch of “big-room tracks.” I think that if you listen to something repetitive, there are different stages in your mind. The first bit is really interesting, but after a while you get bored. If you let it go long enough, it becomes interesting again. I like the psychology of that phenomenon. I even tried it out during my live shows, as a bit of an experiment to watch how long it takes to go through that cycle. That’s a reason why some of the tracks are very long, too. The changes are very subtle and trippy. And there’s another thing: I wanted to reach parts of the brain that music usually doesn’t reach, That was my scientific drive. I’m fascinated by the fact that our brain changes all the time and that we can affect those changes. It’s still such an undiscovered field, though.

The brain is a receiver, and I think we’re currently experiencing a lot of change in that regard. We might not recognize it all the time, but I am absolutely convinced that we’re opening up certain channels and closing others. We’re reconnecting to the world around us, because naturally we can’t help but do it. And the ones we are opening are the more spiritual ones, but not in a fluffy way. It has more to do with the essence of things. We are tuning in to different frequencies. It might be for the best—I don’t really know—but it is really interesting, and I like the idea of expanding our consciousness.

Do you know the work of Doctor Joe Dispenza?

He’s an author and neuroscientist from the US who has written a couple of books on neuroscience, quantum physics and spirituality. He’s done quite a bit of research on the effects of meditation on the brain, bio-chemistry and ultimately the self, and the avenues these effects open up for you to heal yourself and co-create your life free from the imprint of past experiences and the corresponding biochemical reactions in your body.

That’s fascinating. For a long time, I used to think about meditation as this hippie thing, but that has changed. Science has taken all the fluff out. You can prove the effects of meditation and its benefits. You get reproducible results. I love the idea of going out and seeing a man in his garden in the morning, sitting cross-legged with a coat on because it’s raining and the coat doesn’t even really fit him. But he’s sitting there and he’s meditating. And I really like the idea of this becoming a common thing in the U.K., just like reading your paper or eating your breakfast. Throw away the paper—you don’t need that. Enough is happening every day.