London-based techno artist Ewa Justka isn’t any ordinary producer: she designs and builds her own instruments. The Warsaw native is a self-taught synth maker whose work showcases multi-sensory tableaus that combine light and sound. She’s been invited to perform on her weird and extraordinary instruments at festivals around the world, like Ableton Loop, Transmediale, Insomnia, Café Oto and this past year’s Unsound Krakow. Justka is also known for her collaborations with Manni Dee and Jayson Haebich, and recently released a solo work on Fractal Meat, the label run by Graham Dunning. She sat down to talk with us about her instruments, the DIY electronics community and the post-humanist philosophy that drives and inspires her work. 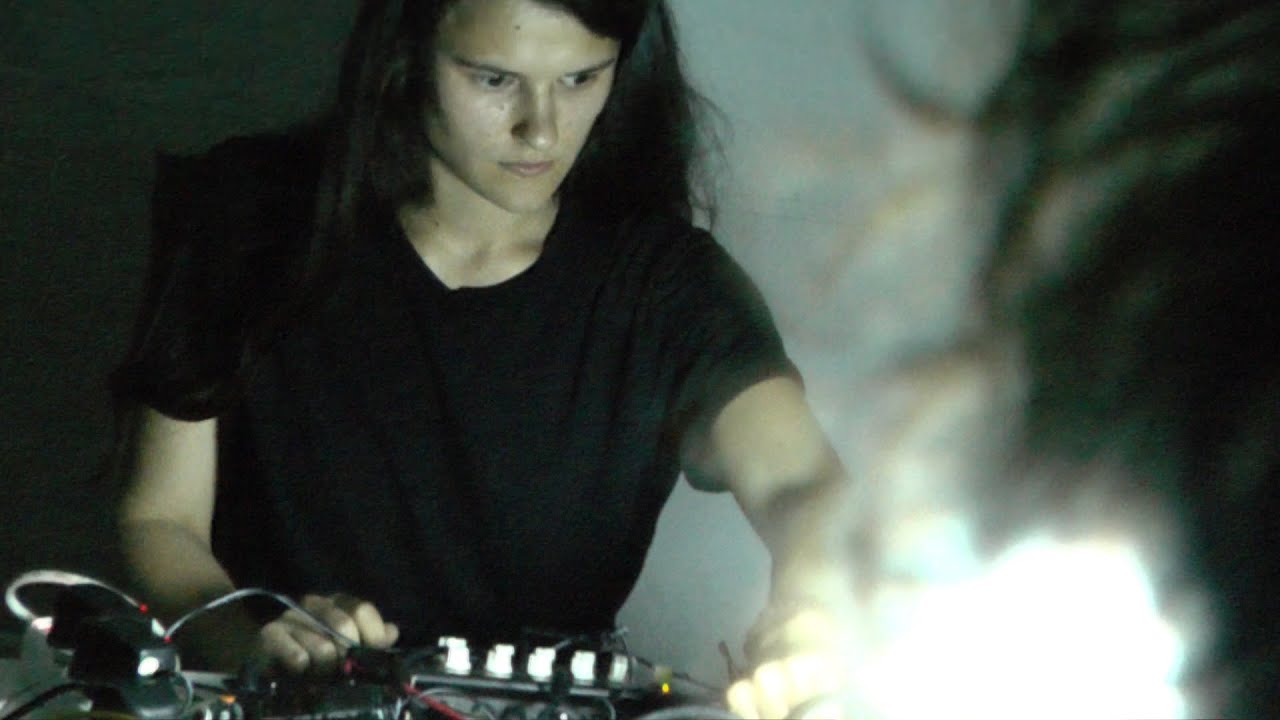 I started building and designing my own circuits about eight years ago when I moved to London from Warsaw. I originally moved here to study piano, but I ended up finishing a degree in computational arts at Goldsmiths because I wanted to learn to program. Then I started teaching programming for kids, which is how I got started building synths and running workshops.

Before I start making something, I look at other people’s and companies’ designs. Then I extract elements that are doable and not too complex. There are certain things you can’t come up with on your own and certain design rules that have to be followed. But I always try to experiment and fuck these designs up, in a way, by adding and changing different components so that the underlying schematic turns out a little different. One piece I built this way is my homemade instrument, The Motherfucker2. It’s a really noisy double delay and reverb, so it generates weird sounds by itself rather than just being an effect. It also has a built-in VCO and it sounds very gabber-y when sending an external trigger.

I have 13 different instruments on my online shop, which includes a patchable sequencer and several noisy synths that contain lightbulbs and shitloads of LEDs. Then I have a whole box full of circuit boards that were once projects that I gave up on. I started soldering them and I decided, “This isn’t working,” or “I don’t like it.” I have a lot of half-finished pieces like these because I like to breadboard things for a while before I start to build them. A breadboard is a kind of circuit board used for prototyping, so you can take components out and then put them back together to see what happens before committing to a design.

A lot of the concepts that I land on, though, are inspired by all of the science fiction, philosophy and physics that I read. All of these ideas are a big inspiration for my instruments. Right now I’m also reading about quantum physics, but from the point of view of this super smart lady, materialist feminist theorist and quantum physicist, Karen Barad. She writes about the philosophy of science and about the consequences of certain concepts of quantum physics in philosophy. It’s really interesting and super mind-bending. I like things that re-train your normal thought processes, make you feel uncomfortable or are not human-centered. I also like the crazy post-anthropocentric philosophy championed by Deleuze, Steven Shaviro, Quentin Meillassoux and Timothy Morton that tries to get away from some of our human-centered philosophical traditions.

I taught myself how to design and build circuits, but now I also teach musicians and artists. I get invited to do workshops quite frequently, but I primarily work with Music Hackspace in London. Some of the workshops that I run can be quite intense. In one of the last ones I ran—which lasted for six weeks—we built a super primitive drum machine from scratch. We soldered parts and figured out how schematics work, but we also learned how to understand how each component works by itself in order to answer questions like, “Why is this component here?” or “Why is this diode here?”

During the last workshop at Music Hackspace, there were three ladies and twelve guys. When I came for the first time there were like 15 guys, and all of them were in their forties. I was stressed out! There aren’t many women, compared to men, in this field of audio engineering. But it was really fun. It ended up being great.

In the future at Music Hackspace, I’m hoping to be running a workshop series called Acid Synthesis. We’ll be building a weird sort of drum machine that I designed called “Oi, Kant!”. It’s a collaboration with another artist I work with, Roc Jiménez de Cisneros from the group EVOL. Roc’s part will be teaching acid sound synthesis using the programming language SuperCollider. Together, we combine software and hardware to create a weird sort of acid sound.

My workshops aren’t targeted towards engineers—I’m not an engineer and the builds aren’t very complex. But that’s what I really like about these workshops. They’re for everyone. Everyone can get into DIY electronics and do them. The thing with workshops for modular synths—and the whole modular field in general—is that they really aren’t for everyone, in my opinion. They’re for people who have money. To start out, you need to have some power supply and a rack, and that’s already a lot of cash.

The whole community that revolves around DIY is so open, so it’s also a lot less intimidating to get involved in it than in the world of modular synths. You can learn everything online. I don’t think it’s elitist at all because anyone can do it and it’s pretty affordable. In a few days, any beginner could run their own workshop. It’s not like I’m particularly knowledgeable—I mean, I’ve done it a few times so I have experience—but it’s not like I’m the teacher here and these are my students. It’s about knowledge exchange. That’s why I like it.