Resolutions 2020 is your month-long series of resources and guides to advancing your artistry in the new decade. So far we’ve taught you how to your accelerate your DJ career with No Shade’s Kikelomo, take control of the booking process with Posthuman and provided a comprehensive list of residencies and artist development programs in Berlin and beyond. Now it’s time for the next step: launching and running an independent label.

The electronic music community is blessed with a multitude of great labels already, but that doesn’t mean there isn’t room for new imprints to be heard. In fact, there are many reasons one might be inclined to launch their own one – taking the release process into one’s own hands being one of the biggest one. Such was the reason for Shanti Celeste, who worked at the legendary Bristol record shop and imprint Idle Hands before making her production debut in 2013 with the flip EP “Need Your Lovin’ (Baby) / Result”. In 2017, she launched Peach Discs, which went on to release almost a dozen of records, including Call Super’s “All We Have Is Speed”; debut EPs from artists like Ciel, Chekov and Bristol’s Fred, a collaboration between Shanti Celeste and Hodge as well as Celeste’s own long-awaited debut album Tangerine. We sat down with Peach Discs’ own Gramrcy, who runs the label together with founder Shanti Celeste, to get the lowdown on running your own label.

Why start a record label?

The main reason you might want to start a label (which is certainly the thing that makes me most excited about running a label) is putting out music that you love from people that might not otherwise have the opportunity.

Maybe you’ve got a group of friends who are all making amazing stuff but they’re not confident enough to put it out or to share it with people or for some reason they are sending it to [labels] who aren’t biting. Labels can be a gatekeeper in some way in that they will tell an artist when they think they’re good enough but they can also signify quality. It’s totally possible that you might be really, really confident in your own music and think, “Well no one else is putting on the music for whatever reason, I’ll just do it myself.” That’s certainly another reason people start labels and there’s nothing wrong with that. If you want to do it and the music’s great – go for it.

If you’re thinking of starting your own label, it’s more fun and I think you will come up with a better product if you do it with someone else or friends. [Though Peach Discs was originally a solo effort] I’ve always been involved in some form. I’m a good friend and a designer, so Shanti initially asked me to do the logo. So first I did that, and then I continued with all the design and the preparations for the record sleeve printing, and writing press releases, because I know how to do that stuff. This was before I got properly got involved with the label, I just wanted to help out. After a while, Shanti wanted the label to be a bit more of a team effort because it’s quite stressful sorting out the artwork, dealing with finances, chasing people, making sure everything’s done on time and I think she just wanted another opinion on demo tracks she was being sent. That’s when she asked me to run it together and now the work is basically split pretty even. Obviously we both do A&R, looking for music and talking to artists and helping put tracks together and we’re working on a compilation at the moment so that’s really complicated and it would be a nightmare if I was doing it myself or Shanti was doing it herself – trying to get eight people to get all their shit together.

Think about your label’s brand identity
Originally [Peach Discs] was supposed to be called Dance Party, right up to the last minute. [We were already working on the logo when] we were like, “Maybe we should google Dance Party and see if we can get the Instagram and Twitter and all this kind of stuff.” Because that’s important, having all that stuff. I found out that a club night [of the same name] had just started in London, and we wrote to them, and we were like, “Is there any chance you could change the name because we’ve got stuff labeled and the record had already gone to manufacturing.” Fun fact – that’s why the catalog number of the first record is Party 001.

Aside from having a unique name, merch can be really important because it’s an easy way to support your label and it’s great marketing. If you make a cool T-shirt and loads of people wear it, then that’s only going to come back to the label and it will feed back into itself. If you can sell merch and do a good job of that, it can accelerate that process to the point where the label can become self sufficient. Then there’s enough money stored up to put it straight into the next record, which is the ideal scenario you want to get to.

Figure out how you want to distribute your music

If you’re just starting out, you don’t necessarily need to work with a distribution company, you can just put your stuff up on Bandcamp.

We never actually had a digital distribution until Shanti’s album came out because we didn’t really know how to do it and it was a bit of a daunting task. But it’s obviously something you can do right from the start – you get some money for putting it out and it’s more exposure and things. If you’re just putting up a couple of tracks, you don’t need to worry about it at all. But the main reason we wanted to get all that stuff done was that we felt it was really important to pay the artist. No one really makes any money from selling records, but you can make a bit from digital eventually. That’s why I can’t recommend Bandcamp highly enough.

It’s really empowering for independent labels, for many reasons, but for us specifically, the pre-order feature allows us to sell advance copies of our records, which then pays for us to have full color artwork on each record because the margins are so high. Previously, we’d just have our logo on the records.

Nowadays we have a distribution deal with Rush Hour and it’s great to be with them because they’re a very well respected name, store, and label. The way that works is we have to front all the costs and then when the records are pressed they go to Rush Hour, then Rush Hour distributes them, and then we get a statement about four times a year. There’s also organizations that offer all-in-one pressing and distribution, which can be great because it means you don’t have to front any costs. You literally send them the files, you send them the artwork and then they do it and they allow you to end up with a record three months later or so. If you’re just putting up a couple of tracks, you might not need to worry about all that. But the main reason we wanted to get all that stuff done was that we felt it was really important to pay the artist. No one really makes any money from selling records in the beginning, but you can make some from digital releases.

[Peach Discs works with a] company called Star Delta, which does our mastering and they also press the lacquers and then they liaise with Optimal, who does our pressing. They’re amazing. Apart from when Shanti’s album was due, which is obviously a much bigger deal, we’ve never had test pressings done for any of the records. We just trust them completely, which is a thing that can save you around six weeks. However, when we did our first white label last year the turnaround was quite a lot quicker because there was no artwork. We just pressed them up and then we just stamped them. Generally white labels are a lot quicker.

It’s nice to release on vinyl, but not a must

Let’s be honest – it’s expensive to put out records. If you sell 300 copies of a record, that’s basically break even at the moment. We press records regardless of that because me, Shanti, and a lot of our friends still play records and they’re a nice thing to own. I enjoy the physical aspect of this as something I had a part in making, but there’s absolutely no need to press records. You can start a label just on Bandcamp and that’s great. More people should just do that. It saves you loads of money and loads of time. And I think there will always be people who play records but releasing on vinyl is a luxury now – not a necessity like it was 15 years ago. So do it if you want to do it, but by all means you don’t have to. 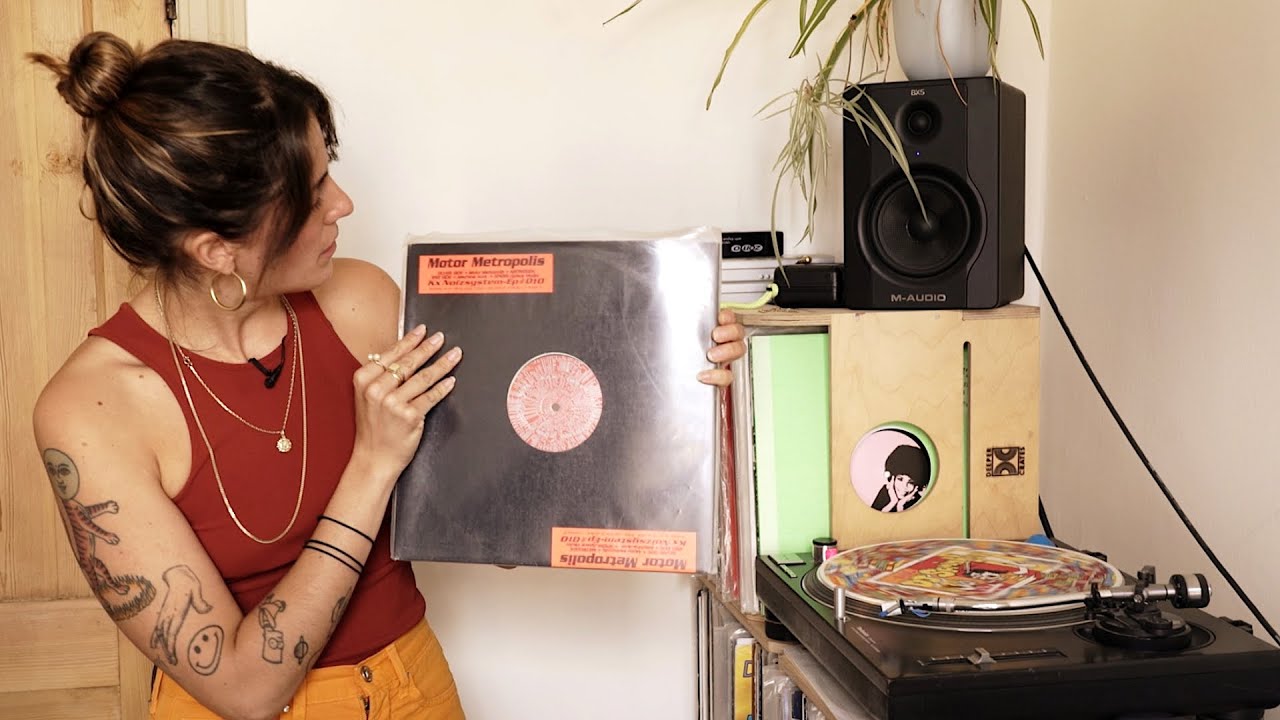 This interview has been edited and condensed for clarity. Find Peach Discs on Bandcamp, Discogs and Soundcloud.