In the second installment of his newly revitalized Rewind column, Finn Johannsen speaks with a true veteran, Flemming Dalum. The Denmark native discovered a passion for Italo disco in the early ’80s, and has amassed an extensive collection of Italo 12″s in the years since. Johannsen tapped into Dalum’s exhaustive knowledge to find out more about a particularly special record: the1983 single “Mister Game” by little-known Italian producer Klapto. In the process, the pair discussed how Italo disco has shaped the history of electronic music, and why it’s experiencing a comeback today. 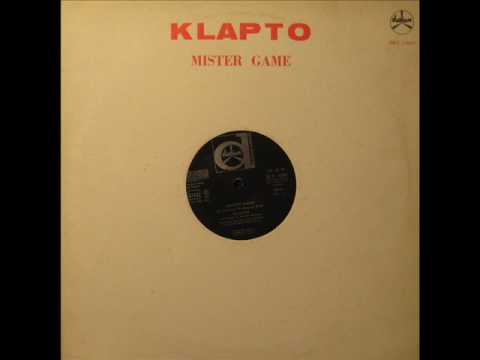 Of all the options, why did you choose to talk about “Mister Game” in this interview? Was it the record that had the most impact on you? Does it define the genre?

It was very hard for me to choose one single record for this interview. I have approximately 100 personal Italo top favorites that all did it for me back then, and now, over 30 years later, they still mean so much to me. I guess I chose “Mister Game” because it’s Italo all the way. It contains all the classic Italo elements, and captures Italo’s essence and pure vibe. I love the sound of early Italo the most, particularly around 1983. Another record could have been Koto’s “Chinese Revenge,” which blew me away back then. Pure synths all the way.

Did your instant love for Italo disco connect with a taste in music you had before, like electronic post-punk, disco and later, synth pop?

Yes. I actually discovered synth music from UK around 1980 with artists like Depeche Mode, Yazoo, Human League and Soft Cell. I was fascinated by how the new sound universe of synths was becoming a bigger part of dance music. I even bought some synths and played in a band for a few years. Digging deeper into synth music led me to discover Italo, which had an even bolder and more spacey attitude. I was instantly blown away. It seems like they somehow tweaked the synths a bit more, maybe due to shorter production time and less production experience. But I think they came up with a very unique result: a sound and style never heard before, or even since. Later, Italo became better produced, MIDI-controlled and so on. Italo actually ended up being too well produced and became more commercial. By then, around 1986, the magic was gone for me.

There were disco productions in Italy from the late ’70s onward, but Italo disco is usually associated with a sound that surfaced in the early ’80s. How do you think it managed to be both unique and popular at the same time? Was it a novelty effect, or just good pop merits?

I think the Italians were outstanding at capturing the vibe of early-’80s music trends. They were clearly inspired by the UK scene and, of course, the musical subcultures surrounding it. But they added a charming Italian twist, which made it so very special. I can hear if a track is Italian or not in a split second. Over 30 years of listening experience has had a huge impact on me. I’m sure other lifelong Italo freaks are also able to instantly tell if a track is from Italy or not.

In my youth in northern Germany, Italo disco was mostly cherished by people who listened to hard rock and charts music. The clubs where it was played usually had a program catering to low and common denominators. It was certainly not hip. Was it the same in Denmark at that time?

Only few Italo records were played in the Danish clubs in the early ’80s. Music from the US and UK was predominant, no doubt. But some clubs played the most commercial and popular Italo records like Gazebo’s “I Like Chopin,” Ryan Paris’ “Dolce Vita,” Fun Fun’s “Happy Station” and Raff’s “Self Control.” 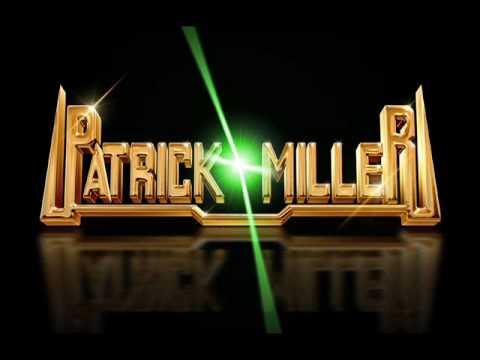 Instead of browsing local record shops for Italo disco, you went straight to the source on trips to Italy, visiting distributors and labels. European collectors of rare soul records in the ’70s did the same thing while on US soil. Did you purchase the core of your collection that way?


Yes. It was impossible to get many Italo records here in Denmark without the Internet, so I traveled all the way to Italy. I bought mainly from distributors and labels like Il Discotto, Discomagic and Non-Stop, and famous shops like Merak and Disco Service. I took 11 trips between 1983 and 1986, and I was in close contact with Il Discotto, Discomagic and a great record shop in Firenze called Disco Mastelloni. Basically, I managed to find all the records I wanted and had a 100-percent complete collection back then.

For a while, Italo disco went totally out of fashion, but as house and techno emerged, it soon became apparent that the Italo sound had a profound impact on the producers and DJs in Chicago and Detroit. Did you follow that?

Yes. After Italo faded away for me, I moved on to other styles such as acid, new beat and house, rave, techno and hardcore. And yes, I noticed the impact on producers and DJs in Chicago and Detroit. Actually, I was very happy to see them adapt Italo and somehow implement it, especially after being in Italy several times and seeing that the Italians didn’t really got into it completely by themselves.

Italian producers were notorious for making current musical developments their own. Did you like how they took on house and techno? Was it the same scheme, just with different sounds?

In Italo’s commercial heyday, a lot of non-commercial and unusual records stayed below the radar. Have those been preserved and shared by people like yourself?

Yes. I was instantly deep into the Italo underground, which has always been my biggest focus, and that’s also what I typically presented in a lot of my mixes. I like to share them with today’s generation of Italo freaks.

You are regarded as one of the world’s leading experts on the subject of Italo disco. Were people aware of your knowledge before networks like the Cybernetic Broadcasting System radio station existed?

In the early ’80s I was already regarded as an Italo expert, but only here in Denmark. I think the Internet would have made a difference. My passion for Italo has always been there, but stayed in the background for a period during the ’90s. To my great surprise, I discovered that Italo was popular once again in the early ’00s. In 2004 I discovered the Cybernetic Broadcasting System, today called Intergalactic FM. It was a perfect platform for Italo freaks. People from all over the world with interest in Italo gathered there. I connected with I-F,who ran CBS, very quickly. He had a lot of activities like megamix contests going around Cybernetic Broadcasting System. I’ve always been very much into mixing, so I entered—and won. Over the years I provided CBS with mixes and more, and I have to say the response was impressive and very motivational for me. It felt so good to see younger people with the same kind of passion for Italo.

Did it come as a surprise to you that at one point, the music became a connoisseur’s choice, celebrated and collected by trendy people? Or was it an retro phenomenon that inevitably had to come back to life?

Well, fashion and music seems to move in circles. I did see other retro phenomena over the years, but I was still pleasantly surprised and happy to see Italo getting back in the spotlight.

It is quite surprising that Italo disco just refuses to go away. What do you think constitutes its lasting appeal?

I think part of its lasting appeal is its huge, unknown back catalog, which has slowly been displayed in recent years. A lot of people are on the hunt, trying to get unknown records before everybody else—especially before the records get famous and expensive. It’s a true joy for collectors to discover and find new forgotten holy grails of Italo. And surely the current edit and reissure culture has made it last longer.

As the Internet makes buying used records much easier, do you still have gaps in your collection you’re trying to fill, or are you venturing into other musical territories with the passion you brought to Italo disco?

My passion for Italo faded away back in 1986 when the style changed into a more commercial sound. But many years later I got into contact with other collectors who continued collecting after 1986, and through them I discovered some great late Italo records, which, of course, I had to get in my collection. Apart from Italo, I also have an almost complete collection of new beat—but my passion for Italo is without doubt the greatest.