Finn Johannsen managed to nab one of the first interviews—and perhaps the first English-language one—with German producer Lars Stöwe for his Rewind column. Since 2007, Stöwe has appeared on respected outposts like 50 Weapons, Monkeytown and All City under the monikers Anstam and, more recently Anno Stamm. Here he explains one of his formative influences, T Power’s classic jazz-influenced drum ‘n’ bass jam “Complexification”, and the distinctions between his two main aliases. 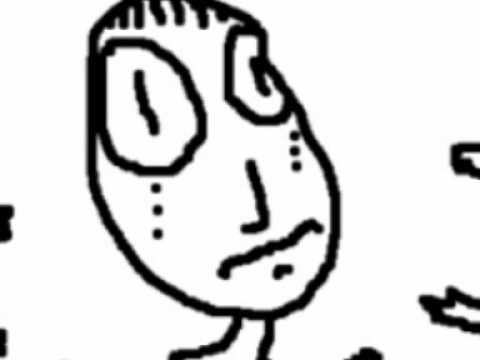 How did you first encounter “Complexification”?

It was a vinyl that my older brother bought. At that time I wasn’t going to record stores by myself, so he was basically my record store. When I came home earlier than he did from school, I would go through his collection and record my favorites to a cassette with my father’s hi-fi tower. It was always very James Bond-like, because touching my brother’s vinyl and father’s hi-fi tower were two major offenses that would turn out really ugly if one of them would have caught me.

Why did you choose this particular track, the b-side to “Symbiosis”, over another classic from that era—or even a different track by T Power, like his much more famous track “Mutant Jazz”?

This song stands out in many ways, and I think it’s outstanding and unique even for T Power. You’re either mad or in an extremely clear state of mind when you produce such a song. It breaks so many rules, but still manages to be simply breathtakingly beautiful. That’s a goal that I admire very much in making art.

Do you rate Marc Royal (aka T Power) particularly high in the history of drum ‘n’ bass?

I must admit that I reduce T Power pretty much to that one song. I like his general sense for sound and chords, but I’m not really an expert on his complete back catalog. “Complexification” isn’t necessarily a typical drum ‘n’ bass track; it’s much slower, and it works with jazz leanings in the synth and bass sounds, while the beats and groove hint more to the sound of West London’s broken-beat scene.

Nevertheless, does “Complexification” belong to a certain genre or context, or does it defy all categorization?

I chose this track because it’s a good example to me of going “beyond genre.” It’s perfect in every way; it’s idiosyncratic and lives in its own cosmos—and there are no genres in that cosmos. Sometimes that’s the problem with genres: you get into a routine because there are rules, schemes, patterns and templates to work in, and you get lazy in terms of decision-making. But this song isn’t lazy at all. Every note is in exactly the right place, but it feels like it really started out as a tabula rasa.

Do you like both drum ‘n’ bass and broken beats? And do you think of them quite differently, or do you see them as parts of the same whole?

In terms of drum ‘n’ bass, I started with its jungle phase, because as you might know I’m a big sucker for those drums. That’s why I was into that fast, wild, raw and break-y material. Actually, when it was called drum ‘n’ bass, that whole thing was nearly over for me because all the wildness basically turned into one sterile drum loop with saxophone samples. There was a big shift from the rhythmic energy to a generally more chilled, background music approach. So I think they may come from the same origin, but I do treat them very differently.

There are other fine examples where jazz elements were integrated drum ‘n’ bass’s sound palette. Are you interested in jazz? And if so, how it can be worked into other music?

When sampling something smooth and jazzy over a fast drum loop was trendy, it wasn’t very interesting to me. Sampling some “blue notes” doesn’t make you a “jazz cat.” For me and perhaps many others, jazz is about expressing yourself through an instrument and pushing its boundaries. You have to have a plan if you want to achieve that purely with software. Squarepusher’s “Hard Normal Daddy” is a good example from that time of how an electronic version of jazz may work. He brought the real instrument into the software world in a very smart and respectful way. But in those days there were a lot of other electronic composers who would deserve much more to be called “jazz cats” by virtue of how they pushed the boundaries of their instruments.

You are known for making bold statements in your music as Anstam and Anno Stamm. What are the conceptual differences between the two projects? Can traces of “Complexification” be found in either alias?

Yes, you can definitely find traces of “Complexification” in both projects. Anstam is now more of a studio project; it’s more about the idea of modern music played with modern instruments, exploration, song structures and sentiment. Anno Stamm is my take on danceable, four-to-the-floor club music. It’s much more simple in terms of rhythm and structure. But in the end, I have musical  preferences that you can recognize in nearly every thing I do.

From what I’ve heard of your music so far, “Complexification” probably isn’t the only inspiration for what you do. Could you name other music you draw inspiration from?

I’m not so much inspired by bands, artists or tendencies. I would say that I prefer and look for special musical ideas, approaches and tactics, all of which you can find in nearly every music genre. I like a raw and playful rhythm section, complex and original song structures and dramatic and bacchanalian melodic developments. And above all, I admire music with its own individual musical handwriting. “Complexification” has all of that.

Yes, I antagonize monotony, but I don’t have a problem with simplicity. Back in the days I made a cassette series called Ruheschleifen, which was basically 20 minutes of synthesizer arpeggio loops. I always liked the idea of the perfect loop that can run forever without being boring. I think the reason my musical outlet is always rather complex comes from a different angle. I have a very submissive attitude when it comes to art in general. The simple chance to release art professionally and let it out into the real world always comes with responsibility. That may sound a little pathetic, but I really believe that you have a social and cultural responsibility as an artist—so what you come up with better be good. I put a lot of thought, time and detail into my albums because I want them to be a serious and significant body of work.

“Complexification” was released in 1996, which year is generally acknowledged as part of drum ‘n’ bass’s golden era. But would you agree that the releases of these years had a higher quality than what came before and after? Do you still follow current developments in that field?

With different times you always have different surroundings or habitats for artists—and these can be very fertile or very infertile. In the mid ‘90s it was really good to be an electronic producer in general. There was an extremely euphoric sentiment; everybody was actually exited when new releases came out and they really followed the music closely. As a producer you could feel some kind of social and cultural appreciation. That’s why it was much more productive to work on music, and maybe why music in general was less inhibited and turned out to be much more significant. The same thing happened 2006 with the early dubstep phase. So maybe now in 2016 we’re in for a treat again.