In this last Rewind column of 2015, Berlin-via-France producer/DJ rRoxymore waxes on the dynamic timelessness of one of Chez Damier’s best tracks, which you’ll probably recognize even though it’s untitled. Its genre-melding versatility has become a central facet of rRoxymore’s own style as a DJ—you can check out her lively and delightfully odd mix for EB here—and as a producer for labels like Planningtorock’s Human Level and Paula Temple’s Noise Manifesto. 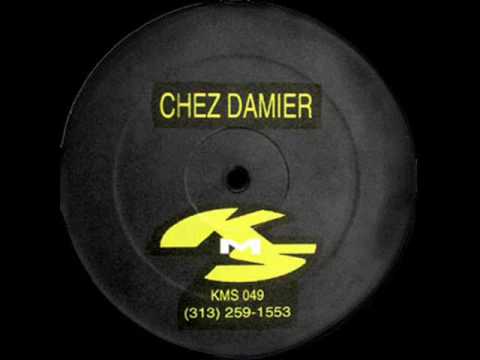 How did you first hear this track?

I think I heard it on a recorded DJ mix that was often played on a local radio station where I grew up. It was a mix by Darren Emerson, if I remember correctly, recorded during one of these epic raves at that time. Eventually I had that mix recorded on a tape myself, and I was playing it from time to time in my teenage bedroom after school or on weekends. This was in the mid ‘90s, I think. I never knew who was the producer of the track at the time; I discovered it years later.

Why does it stand out to you? What makes it so special?

It brings me right back to my raving teenage years, just listening to that tape in my bedroom. I think what has always caught me was the weeping sound of the chords. They sound almost like breathing. It’s difficult to identify how that sound was made. Is it the sound of keyboard chords, or strings, or voices mixed with strings and something else? It has always been a mystery for me and and it still is. That sound, which is obviously the signature of the track, has an unusual character. It’s almost sound design, even though I guess it’s just a preset on a synth. It has always stood out from the dance music production of that time and still does, maybe because it makes it more difficult to categorize. Compare it to the A-side, which is obviously a house track; the B-side is much more ambiguous stylistically in terms of aesthetics. Is it house or is it techno? That’s why I like it so much.

The A-side of this record is probably as legendary as the B-side. Do you like it as well?

Yes, I like it too. But for me it sounds definitely more like a classic house track. Even though, as you said, it became legendary. 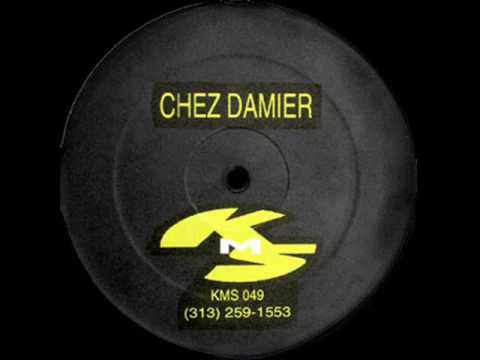 The vocal sample in the track is particularly fetching. Would you agree that this simple lyric is really part of its appeal?

Yes, totally. The intro—”I-I-I’m going to close my door“—is totally absurd in a funny way. It gives a really humorous touch to the whole track, which is even more emphasized with the double voices that come in towards the end. The sound treatment on it makes it very funny and weird. Nothing is serious here. We’re celebrating the fun, the groove and, of course, the party.

When I bought this record back in the day, that sweeping noise sounded familiar to me, but I couldn’t put my finger on it. At some point I remembered that DJ Pierre put out a track on Strictly Rhythm one year earlier as Joint Venture called “Master Blaster”, which had the sound running throughout. It actually was a typical element to his trademark “wild pitch” sound. Damier’s track is completely different in structure and groove, but could it be that he was referencing Pierre to pay respect? Or did the sound just fit?

I think I have heard this Joint Venture track a few times, and indeed the groove is totally different, but it never put the same spell on me as the Chez Damier track. Damier’s is much more uplifting and groovy in my opinion. And, of course, I have so many memories attached to Damier’s. I have no clue if he was referencing DJ Pierre or not. I would say that, at that time, a lot of productions referenced one other. It was part of the scene. A lot of basslines were similar, for instance, and chords as well. I would compare that to reggae and its riddim culture.

The track has sound signatures of both techno and house, and the strings are very disco. They always reminded me of First Choice’s “Let No Man Put Asunder”. Do you think the track aged so well because it transcends different traditions into one single track that sounds like the best parts of each?

It is funny that you mention “Let No Man Put Asunder”, as that’s also one of my favorite disco tracks. Well, I think you totally nailed it. It is timeless and it transcends styles—an instant classic. It also reminds me a lot of “House For All” by the Blunted Dummies, I don’t know why. 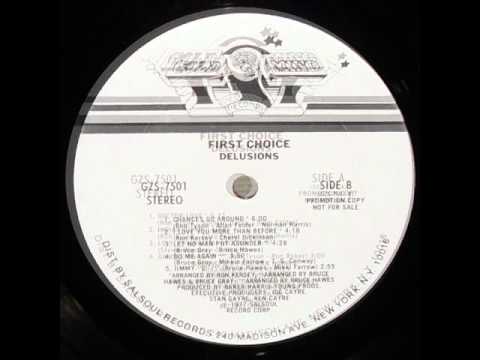 Although Chez Damier’s career went back to Detroit techno’s early days in the late ‘80s, he really became iconic for his work with Ron Trent on his labels Precription and Balance, which are among the most revered imprints ever. I can remember that those labels really stood out from the rest in the mid ‘90s, but why are they still so unrivalled?

I’m not at specialist in house music in a scholarly way. For me, Prescription was the fusion of all the schools in house music you could ever imagine: a crossover of the New York style, the Chicago Style and, of course, a touch of Detroit. That is what it makes it so unique and cherished by house fans. And it’s also a landmark release for what we know as “deep house.”

Are there other records with credits from Chez Damier that you rate as highly as this one?

Well, it’s not easy to resist the hypnotic gimmick of “Forever Monna”. It’s an absolute beauty of Detroit house that he produced in collaboration with Stacey Pullen.

I always found it fascinating that Damier’s music displayed so many influences, like Detroit techno, Chicago house and classic disco, yet his sound was always very distinct and recognizable as his own. How important is it to develop a signature sound? Is it still important?

Developing a signature is primordial for an artist in my opinion. It’s true for visual arts, writing and whatever media you work with, and of course for music and sound. And it’s even more important in a music genre that is as encoded as dance music. For me, it’s important as a producer to achieve my own sound, because the narrations of a track are similar most of the time, and they all reach for the same goal: to make people dance. I must add that dance music and electronic music embodied the future in a way, because of the sounds and the tools used to produce them, like synths, computers, and effects. But I feel that, even 25 years later, it hasn’t changed so much. It has become conservative and stuck in its own past.

Is there something in this track that influenced your own productions?

Aesthetically, no, I don’t think so. But maybe unconsciously it represents the archetype of what I am trying to archive in my own work: not being reduced to one style.