So far there are only a few established talking points used to introduce unfamiliar audiences to Sassy J.

She throws the Patchwork party series in Bern, Switzerland, where she has hosted the likes of Moodymann and Theo Parrish; she’s a visual and clothing designer; she’s made mixes for respected outposts like RA, Dekmantel and Trilogy Tapes; she’s a bona fide crate digger with a taste for soul. In the latest Rewind column, Hard Wax staple Finn Johannsen delves deeper into her story by talking about one of her primary influences: Stevie Wonder’s Songs In The Key Of Life. 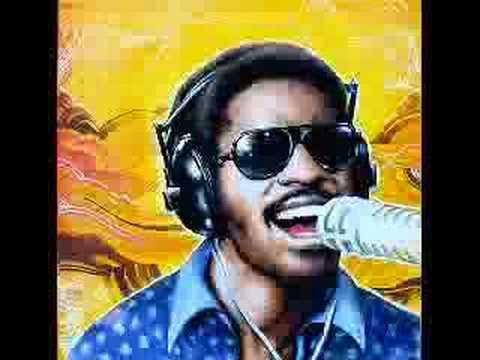 I found Songs In The Key Of Life in my mother’s record collection in the ’70s and secretly transferred it to my own after listening to it. How did the album find you?

I grew up listening, dancing and singing to this album as a little girl. It was one of the rather few soul records in my parents’ jazz collection. I made my babysitter put it on. I was singing along to the lyrics while using my skipping rope as a mic. That’s why I picked this record for this interview; I think that next to all the jazz records at home, Songs In The Key Of Life built the firm roots of my musical tree of life.

Were you interested in your parents’ jazz collection as well or did the album offer an alternative to what you were used to hearing around the house?

It was mainly jazz records and jazz tunes my dad would play on the piano. I remember being scared when Duke Ellington’s “Caravan” would play and that I loved to fall asleep to Sarah Vaughan’s voice. The funky clothing or jewelery and style of the musicians that stayed with us stuck with me. I also remember artists performing in our living room for house parties. So I was interested in those other aspects of jazz at home. When I started getting into hip-hop later on—finding out about the samples and originals—I got more interested in my parents’ jazz collection again. I’m still pulling things out of it.

Some childhood memories are very formative and lasting. Was it important that you were introduced to the album at a young age?

I guess so. It reached out to the little girl in that living room. It triggered the attention of my ears and eventually made me choose it for this particular interview.

Why do you think the album had such on impact on you? And what kind of impact did it have?

I liked it and I wanted to hear it over and over again because it made me feel good—the sound, the groove, the melodies, the moods and, of course, his voice. Next to all the other music at home, this record surely made me fall in love with music. Music is the love of my life. I couldn’t live without it. That’s a hell of an impact!

I remember that even the format of the album was very special to my fledgling music enthusiast self. There was a lot of music spread over two discs, plus a bonus 7″ and a fat booklet. Even though I didn’t think too much about an album’s background, that seemed extraordinary. Does the album justify this grand presentation?

Yes. The format added an extra attraction to it. I used to love to sit down, open it, take out the booklet and look at it while the record was playing out. The cover art, his signature and fingerprint, all the content of it—the older I got, the more I would discover. Singing along to the lyrics, finding out who was featured on there or who was listed in his thank-yous.

It’s quite astonishing that Stevie Wonder was only 26 years old when he released Songs In The Key Of Life. He signed to Motown when he was 11, and he even considered quitting the music business for good before he started working on this album. Does his lengthy career leading up to this LP inform the music on it? Is the album a statement bursting out that he couldn’t deliver before? How much artistic freedom is needed for an epic like this?

It’s a beautiful thing in life to learn, grow and get better and more experienced in all you do. I think the beauty of this album lies in the journey he’d made up to then. On Songs In The Key Of Life you can hear his experiences as well as all of his brilliance and essence. It feels so complete and strikingly timeless. It’s a flower, fruit or expression of the genius he is. I believe that to deliver a record—an epic like this—you need to be yourself to the fullest. Complete artistic freedom is necessary or else it wouldn’t be that complete.

There were a lot of conceptual albums in the ’60s, such as The Beatles’ White Album. What took soul music so long to adopt that format?

Sly & the Family Stone released “Everyday People” in late 1968, the same year the Beatles released their White Album. Stand! was released on May 3 in 1969. What a genius. What a band. Very much ahead of their time. But to come back to your question, I’d ask: What’s taking America so long to secure equal rights for all? I am not a specialist nor am I somebody that grew up in the culture. I would want the artists involved to answer that question for themselves. The Beatles surely operated in different conditions than African-American artists. “Love’s In Need Of Love Today”, “Village Ghetto Land”, “Pastime Paradise”, “Black Man” and “Ngiculela” surely reflect issues of that time, as did plenty of the songs on his earlier albums. Unfortunately they are still up to date with current issues, as are most of the conscious records from that time. 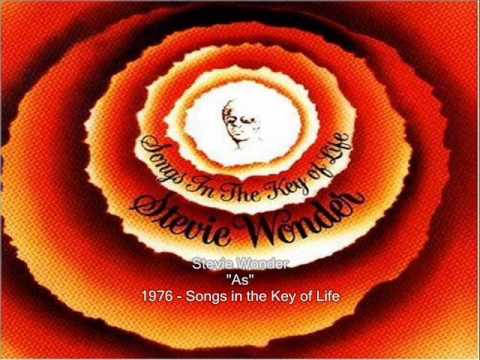 Motown already had a history of reacting to issues like war, social injustice and racial inequality with songs like The Temptations’ “Ball Of Confusion” and Edwin Starr’s “War”, among others. But Marvin Gaye’s What’s Going On was probably the first album where a formerly more commercial African-American artist emancipated himself from expectations and did just what he wanted to do in 1971, both in terms of music and lyrical content. Curtis Mayfield also comes to mind, with his albums shortly after. How would you put Stevie Wonder in that context?

Stevie Wonder recorded Where I’m Coming From in 1971. It was released about the same time as Marvin Gaye’s “What’s Going On”. “Look Around” or “I Wanna Talk To You” were clearly socially conscious songs. As far as I know he had already produced that album with full artistic freedom. You can hear the sound changing on that record. On “Look Around” he played a Hohner Clavinet in a very unique way. For me he is a visionary due to his sound, his independence as an artist in owning his royalties and in the conscious content of his lyrics.

How would you place Songs In The Key Of Life in Stevie’s back catalog? Are there other works you think are as important?

They’re all him. I chose this record because it shaped my approach to music—not because I think it is more important than his other works. I can only speak for what it triggered and shaped in me, the little girl listening to it on a living room floor. Talking Book and Innervisions had big impacts on me, too. My mother put on In Square Circle when it came out. Where I’m Coming From, Hotter Than July, Music Of My Mind and Fulfillingness’ First Finale I discovered later, as a teenager.

Do you think it’s still possible or even necessary to release an album like this?

I think the key is embracing the beauty of its uniqueness. Every genius is different; that’s the beauty of it. It would be so boring if everyone was the same. I think it’s necessary that we all try to do our best and get inspired by the greats to create and achieve our best.

One final question: why did he end Songs In The Key Of Life with “Another Star” instead of “As”? I’ve been asking myself that for years now.

You would have to ask the master himself. “If It’s Magic” followed by “As” before ending with “Another Star” feels great and perfect to me. Time almost stands still and gravity seems to disappear while listening to Dorothy Ashby’s harp playing. It’s like you are up on a cloud somewhere and he’s singing, ”If it’s magic…Then why can’t it be everlasting? If it’s magic…Why can’t we make it everlasting?” A song about love. An ode to love and the desire for it to be everlasting. “As” starts light and happy before it gets drawn more and more into bittersweetness. We can’t make the moment everlasting, but we can love eternal unconditionally. I feel like my heart gets a huge hug when I listen to it. It still makes me cry, and I feel so alive.

It’s very powerful, deep and strong. After such an intense and emotional song, “Another Star” shines the light to go on and feel light again. Loving, letting go, knowing your love can be eternal, but carrying on on your journey and being happy and joyful again. The melody still lingers on beautifully in the end. To me, the feel of the song reflects his uplifting musical spirit.