Shanti Celeste‘s profile has risen in the past few years, but she’s been DJing for quite a bit longer than that. The Bristol-based Chilean started DJing at 17, then moved to Bristol and snagged a job at the local and famous Idle Hands record shop before starting the BRSTL record label with owner Chris Farell. She put out her first 12″ on that imprint in 2013, and since then has released feel-good house jams on Idle Hands, Max D’s Future Times, Funkineven’s Apron and the Secretsundaze imprint. Thus her work has appeared time and again in Berlin’s Hard Wax vinyl store, so she’s no stranger to employee Finn Johannsen, who spoke to her about a classic Omar S tune for his latest Rewind column.

So, tell me about the time you first heard this track.

I wish I could say it was in a club where I had a life-changing experience, blah blah blah, but it was actually a much more ordinary scenario. I was buying some birthday records on Juno just after it was repressed in 2009. I didn’t know much about Omar S at that point—I had heard the name once or twice, but that was about it. So the answer to that question is: the first time I heard this song was on the mighty Juno player.

What drew you to it? The simplicity of the groove? The addictive synth line? How it erupts into a heartfelt song? Or something else? Or all of it?

All of it! The vocal and the beautiful, rolling pad in particular. Then the nice toms and the clap, too. I just think it’s a beautiful track. It can make you feel so happy and grateful. I love singing, so I start belting out along with it as soon as I hear it or even when I play it in a club. It is just so simple but so powerful.

For me, this is foremost a prime example of a very fine vocal house record. Lyrics, singing and sound work perfectly together here. It seems that nothing’s missing and there’s nothing to improve. But is it really as simple as it sounds?

Yes and no. There aren’t that many elements, which I guess is what makes it simple—but it is cleverly constructed. I always think that spreading a synth line across four bars creates more interest, because it gives room for all the other elements to play without sounding too loopy and repetitive, even if it is that way. Also, let’s not forget what a great vocal can do to a track; in some cases it can completely transform it.

I think his track with Colonel Abrams, “Who Wrote The Rules of Love”, also comes close to what Omar S achieved with “Set It Out”. Are you a fan of his in general? Are there other tracks you like as much as “Set It Out”?

That one’s also really good, and another perfect example of a good vocal house track. If I’m putting it down to just a feeling, though, I prefer “Set It Out”. But they’re so close! Those are probably my two favorites. I do like a lot of his others as well, and he has done so much. One of my other favorites is his and Kai Alcé’s “Not Phazed”. 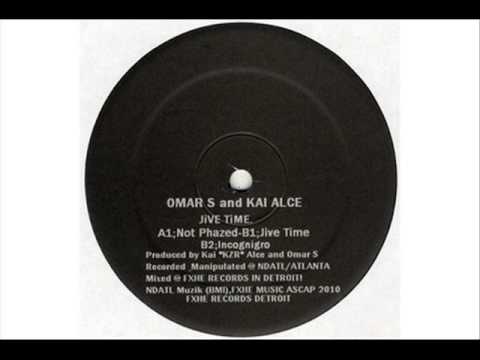 I like that Omar S isn’t very fussy about producing or marketing his productions. He’s not very concerned about other opinions on what he does, either. Is the way out of modern PR obligations to just deliver the tunes?

I think part of it is a way of delivering tunes. Imagine if he did the whole PR thing every time he released a record, especially at the start when he was releasing lots. It would be a PR overload! And now people trust him and will probably buy his records anyway.

There’s always whole lot of discourse about Detroit in club culture. But does the origin of Omar S really matter when it comes to “Set It Out”?

To be honest, I’m not sure. To me it just sounds like Omar S.

The UK also has a healthy tradition with garage house, even if it later evolved into something different. But to my ears, the production of this track is not too dissimilar to UK club styles. What do you think?

I actually think there are other other garage-y tracks from Omar S that sound more similar to UK styles. “Set It Out” is quite straight, and I always think of UK garage house as a lot more swung. But I guess that’s the beauty of music, eh? Everyone hears it in their own way.

What do you think is important to consider when infusing a dance track with vocals?

Tricky. I will always notice a good vocal track if I like the vocal and the way it’s been placed. It’s very important that it’s effortless and soulful without being too gimmicky in its attempt to achieve the “classic house vocal” sound. Sometimes it helps if producers use the whole a cappella, like in “Set It Out”, or if it’s a vocalist who they arrange with more of a song structure. I like the way it sounds when it’s chopped as well, but it has to be done right. Basically, it has to to work great and not just be there for the sake of it.

I must admit that I much prefer these kind of vocals on a dance track to the majority of tracks from recent years that include a singing style usually more associated with indie records. But I would not go as far as to maintain that you can’t create a good club song without a soul aspect. So what does a good club song actually require?

For me it requires a physical and an emotional aspect—a really good groove that you just can’t help but dance to and a melodic aspect of some kind. I’m not saying it has to be super melodic with noodly bits everywhere, although that’s the route I tend to take because I can’t help myself. But something to go along with the groove that’s making you dance your ass off.

Is there a way that your admiration of “Set It Out” is reflected in your own productions?

Maybe, yes. It’s probably influenced me in more ways than I know, considering that I have listened to it so many times over the years.

The defunct magazine Face used to have these little messages at the bottom of their last page. I always have this one particular issue in the back of my mind where it read, “Vocals matter.” Do they still?

They do to me!