Last year, The Maghreban appeared with a string of kooky and loose-limbed house records. Although the project has only recently surfaced, its author has been active since the 1990s, when he released two drum ‘n’ bass 12″s as Ayman, and he’s also known for his hip-hop productions under the Dr. Zygote moniker. His current house-oriented alias testifies to his artistic versatility, which extends beyond drum ‘n’ bass, hip-hop and house to jazz. Here, he discusses the song “Spell of Three” from the Jazz-Hip Trio’s 1967 album Jazz In Relief for the latest installment of Finn Johannsen’s Rewind column. 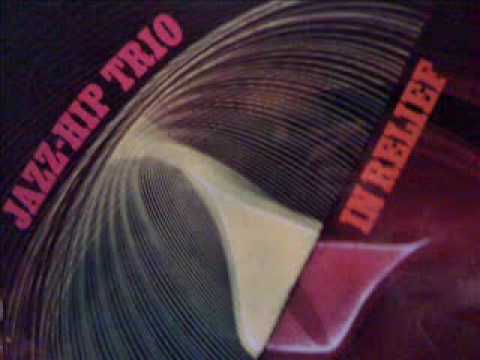 How did you become aware of “Spell Of Three”? Was it a chance encounter?

I went to a car boot sale in Bath early one Sunday morning with my dad and my brother. I was looking for records, and although there weren’t many private sellers, there was a man who had a record stall. Normally I wouldn’t buy from a record dealer at a car boot sale, but there weren’t many records around so I had a look. He had this LP out for £12 or something. It looked interesting, just from looking at the sleeve. It was the English pressing on Major Minor. I took a chance on it for £10, which is not normally something I would do.

Why did you pick this song, and not the whole Jazz In Relief album? What makes “Spell Of Three” so significant?

When we got back, I listened to the LP and was transported by that track in particular. The other tracks were nice, but none really moved me like that one did. Just the depth of emotion it conveys—it’s kind of hopeful and somber at the same time—gave me goose bumps.

Is the late 1960s your favorite era for jazz, and is this style your personal preference?

I guess it is, yes, although not just the late ’60s. There’s a particular type of jazz tune that I like, and most of them are from that time. Some were recorded later but are in the ’60s style. The Tubby Hayes Orchestra’s “Sasa-Hivi” and “Pedro’s Walk,” Cannonball Adderley Quintet’s album Plus and tracks like “New Delhi,” Alto Summit’s “Native Land” and the Ray Bryant Trio’s “Cubano Chant,”—those kind of tunes. Some are a little Eastern sounding.

Would you say that the Jazz-Hip Trio have a typically French take on jazz, or is origin irrelevant?

I think they do, actually. Something reminds me of some Claude Bolling or Jacques Loussier. Maybe it’s because they’re a small band and recorded at that time. Something in the sound of the ride cymbals.

Their music definitely has a cinematic quality, as exemplified in a lot of jazz-based scores for films of that era, and they even interpret the seminal French film composer Michel Legrand. Is that just a cliché or did this film and music work well together at that time?

There’s definitely something cool there, something cinematic. I could see this tune in a French New Wave film. Anna Karina smoking a cigarette. If it’s a cliché, it’s one that I like. I think the combination did work very well.

I quite like the name “Jazz-Hip Trio.” Jazz has earned a traditional right to utilize the term “hip,” but in this case do you think it’s irony or conviction?

I don’t think they were being ironic. I don’t know. I would imagine it was more conviction in this case.

You’ve worked with elements of jazz yourself, particularly with your hip-hop-related moniker Dr. Zygote. What was your motivation in your approach to jazz sources?

Hip-hop is the starting point for a lot of peoples’ interest in other musical forms. When my brother was recording [the American television show] Yo! MTV Raps in the early ’90s, tunes that sampled jazz and funk grabbed me. I remember Double XX Posse’s “Head Cracker,” for example, a lot of Gang Starr tunes and, later on, people like Madlib who sampled more funky jazz like Eddie Harris and David Axelrod. Hip-hop got me into that kind of jazz directly and turned me on to looking for records, so I started to stumble across that kind of jazz. On a couple of tunes from my Grupo Zygote LP, like “Alexandria” and “Raga,” I was, with my limited skills, attempting to approach the moods that some of those tracks stir in me.

Does this extend to your work under your more club-based moniker, The Maghreban? Or is the 4/4 pattern too limiting to really indulge in it?

I’ve actually messed about a little bit in that direction with some house stuff, but I wasn’t happy enough with it to do anything with it yet. I’d love to develop those ideas, though.

I must say that I don’t have fond memories of the acid jazz/nu jazz era. To me, it was a style-over-content phenomenon that betrayed what jazz was about for superficial references. Is there a way to adapt jazz for club culture without losing the musicianship and ideas? Can this only be achieved by sampling?

I would say definitely there’s scope there, and more without sampling than with it. Take some Legowelt productions, for example “Nacho Patrol” or “Lineas Angola.” That’s totally jazz adapted for club culture in that they have a repetitive riff over which there’s some soloing of sorts, and it goes off on a few tangents but will return to the main motif. I would say that’s more jazz than some ’90s New York house tune that just loops bars from a jazz track. It might not sound immediately like jazz, but it’s jazz in its ethos and style. There’s a lot of techno that does similar things.

Will you continue to work with jazz in your own productions?

It’s always there somewhere for me, even if it’s very subtle. I would love to get back to something more explicit though, definitely. I’m working on a follow up to the Grupo Zygote LP, which will be a little bit more electronic than the last, but it’ll definitely have those elements there.

The Maghreban’s latest record, the Wonder Woman EP, is out now.